Consolidated elections will be held on April 4.

Oakes served on the board from 1991-94, and after a four-year break, has served continuously since 1998. He was chosen as president of the school board in 2017 and had never served in that capacity before then.

Two other board members, Sherri Perkins and Brian Hodges, are also completing their terms in 2019. Perkins has decided to step down. Hodges did not file on Monday and had not returned a call by press time to answer whether he intends to run again. Candidates have until 4:30 p.m. Monday, Dec. 17, to file.

Candidates in other school districts who filed on Monday include, in order of filing:

DECATUR — High school schedules could change for the 2019-20 school year.

DECATUR — First-grader Sebastian Pride wasted no time getting a closer look at the tractor at Enterprise School on Thursday, climbing right up…

For Decatur public schools, a focus on changing the perception

When Aaron and Abi McIntosh moved from rural Weldon with their two daughters, they heard all kinds of comments about Decatur public schools.

DECATUR — Three new candidates and one incumbent are vying for spots on the Decatur Board of Education in next year's election.

DECATUR — The Decatur Board of Education is guaranteed to gain at least two new faces next spring. 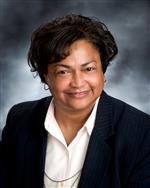