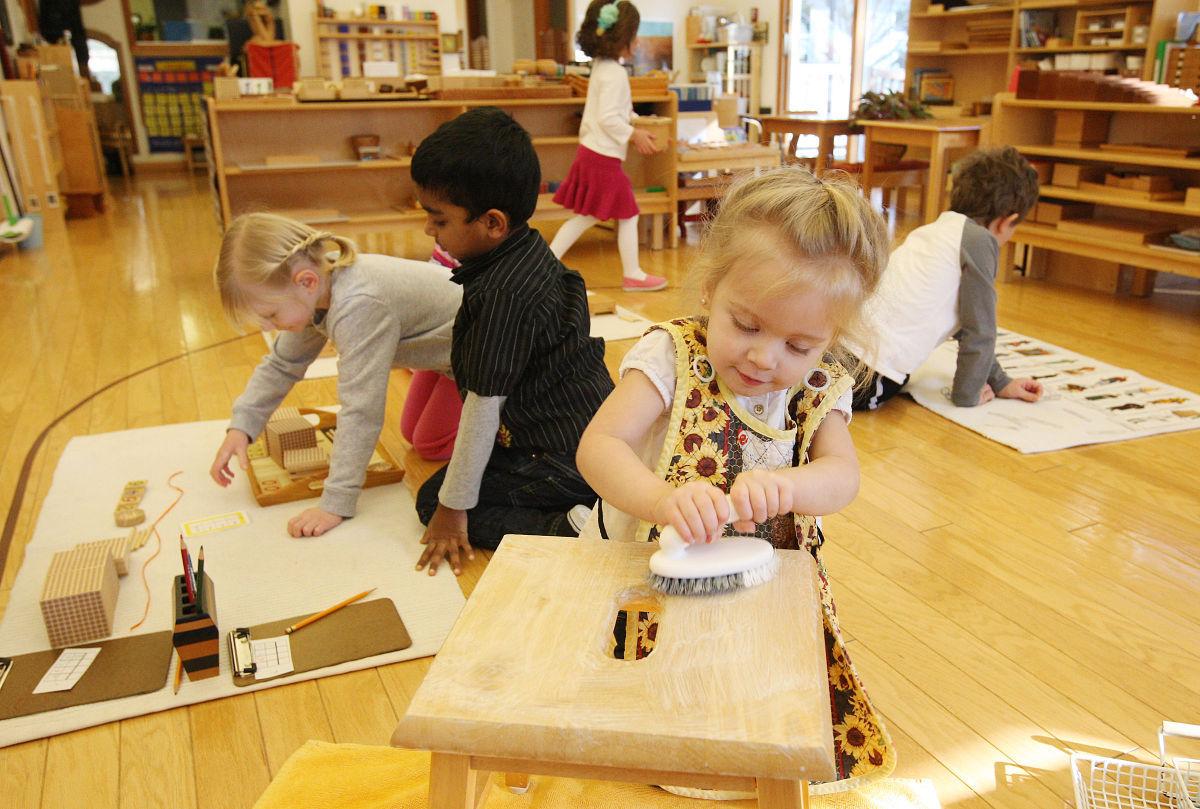 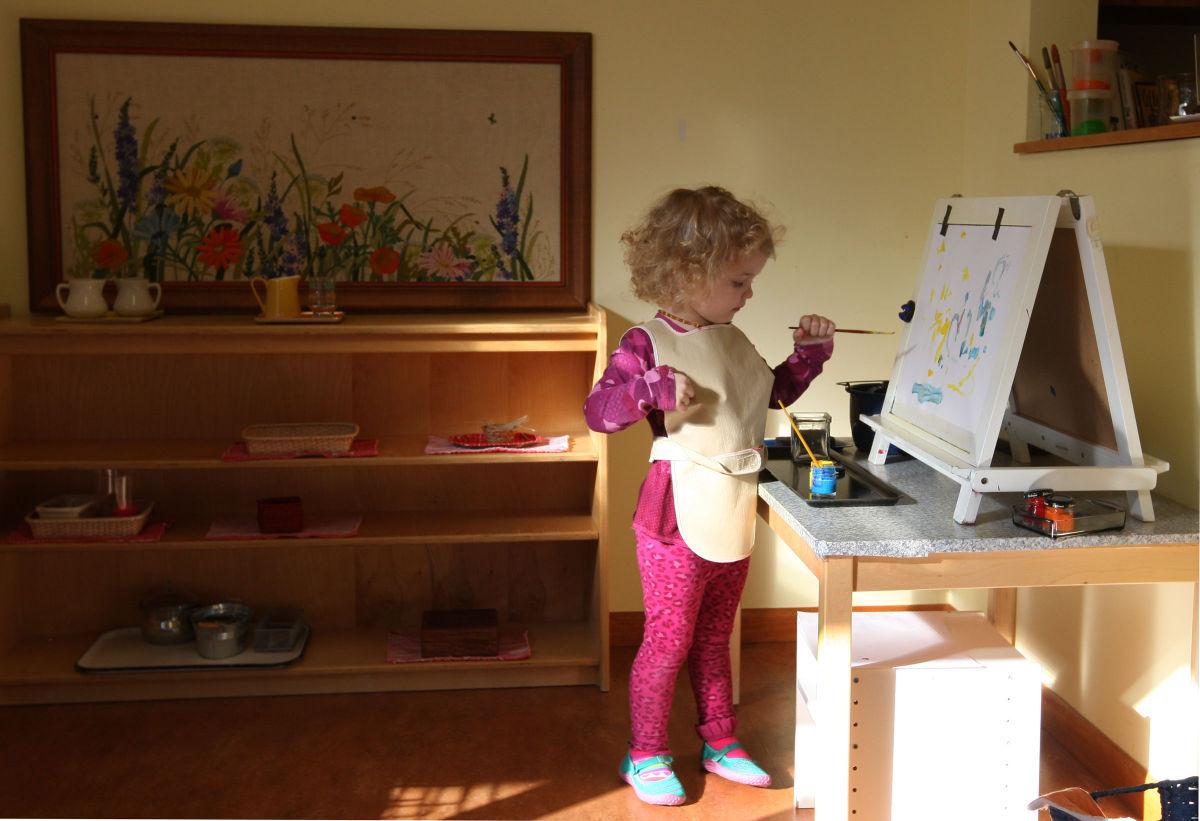 DECATUR – There's only one student in the elementary program at Prairie Flower Montessori School, but he revels in doing his favorite thing.

“I like reading,” said Evan Shuff, 7, who was putting it mildly. He can read five to nine books a day, and is welcome to do so, because that's what Montessori is about: putting the student in charge of their education.

Evan is interested in all kinds of things and couldn't name a favorite genre, though his teacher said he leans toward engineering, machines and science a little more than other books.

Evan's teacher, Mike Swengel, taught public middle school before deciding Montessori was where he wanted to be and still has two summer sessions of training ahead of him before he'll be fully certified. He's also an accomplished pianist and provides the accompaniment for the daily singing done by all the children in the school.

To celebrate National School Choice Week, the kids in the primary program went downstairs to where the elementary program is housed, all wearing their bright yellow School Choice Week scarves, to sing together. The school held an open house Friday to allow the community to come in and watch Montessori education in action.

The elementary program is new this year for Prairie Flower, said director Marianne Dunlap, though the school has offered a summer session for elementary-age students for some time. She hopes that more children will take advantage of the program.

“We learned a lot about how to promote our school as a choice in the community (from the National School Choice Week program). It's fun and easy, and they gave us all the tools we need,” Dunlap said. “I think we're a great asset, and I don't know if Decatur realizes it.”

Montessori education was developed by Italian physician and educator Maria Montessori, who studied children's natural behavior and designed her curriculum accordingly. One thing that Dunlap said Prairie Flower emphasizes is not moving children from one activity to another. Kids work best, and with greater diligence, when they're allowed a long length of time in which to become absorbed in their task, she said.

Children are grouped by age, rather than grade level, and stay in the same group for three years. The groups overlap, so a 9-year-old, for example, who has been in the “elementary” level – in a traditional school, that's first, second and third grade – who isn't quite ready to move on, could stay in that group one more year, because the next level is for ages 9 to 12.

Older children help younger children, and lessons are hands-on, with real-world applications. Small children learn to wash dishes and clean up after themselves and older ones learn to grow a garden and what to do with their produce.

“Children can go as fast or as slow as they need to,” Dunlap said.

Decatur schools roll out iPads for every student

Garfield students urged to be excellent, work for change

DECATUR – Julius Bailey once vowed he would never speak to a middle school-aged audience again.

DECATUR – Before breakfast and lunch were both offered at no charge to students, fewer kids ate breakfast, even though this is the second year…