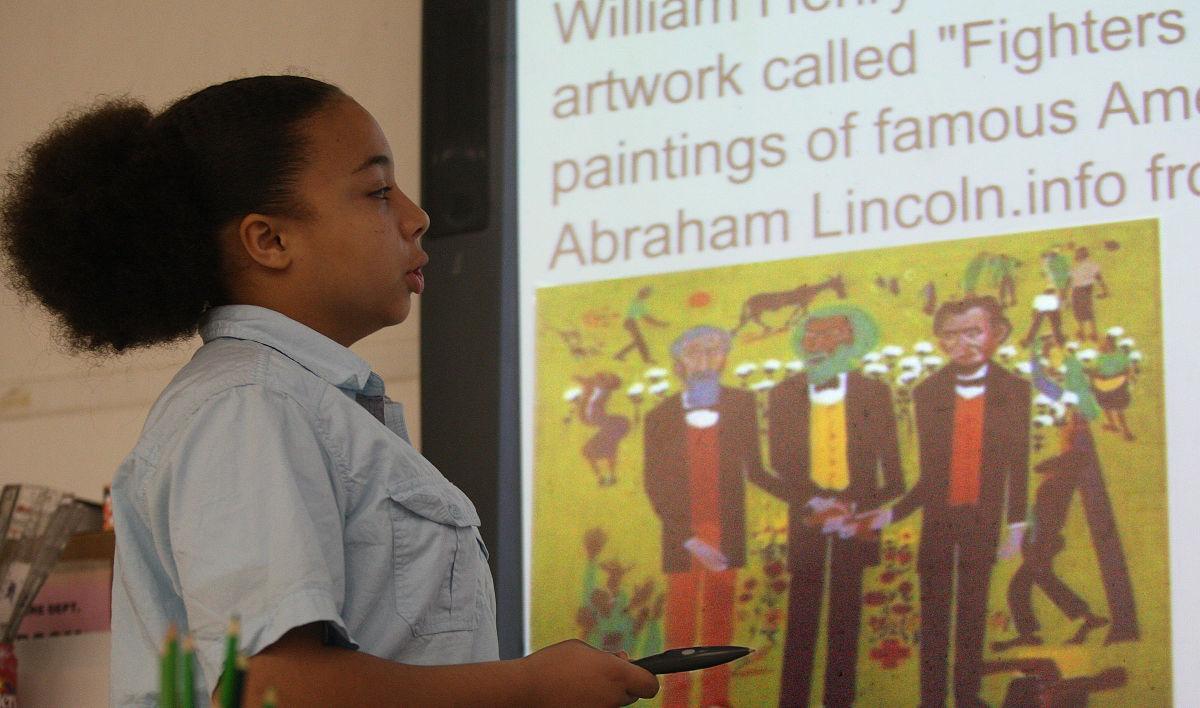 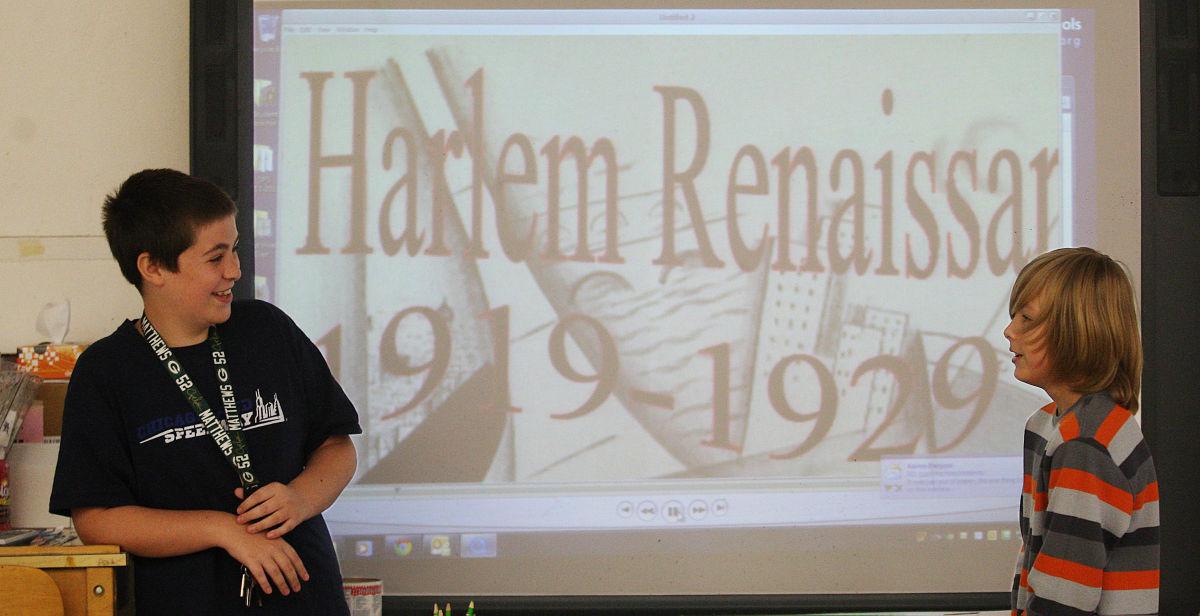 DECATUR – When Stephen Decatur Middle School art teacher Merry Lanker was in college, she took a course in African-American art.

Most of the art history she studied in college was centered on the masters, what Lanker laughingly called “dead white guys” such as Michelangelo and Leonardo daVinci. This class, in contrast, fascinated her because it featured artists and styles she had rarely encountered.

When the district gave teachers a chance to create a course in an area of their own choosing, she proposed a class based on that college class, and her principal gave the OK.

“The kids were excited because I told them it was based on a college class,” Lanker said.

Lanker put names in a basket and kids drew one out for their project. If they wanted to, they could trade.

Students took over the role of teacher, said Alyse Moore, and gave presentations on their artist to the class.

The students concentrated their research on artists connected to the Harlem Renaissance, a time in the 1920s and '30s when Harlem, N.Y., became a cultural center where black authors, poets, artists, photographers, philosophers and musicians congregated to celebrate their talents and heritage.

“This was the first time black artists could tap into their heritage,” Lanker told students Tuesday. “They could accept and use their ethnic identity in their art.”

Student teaching a different experience for Millikin senior during pandemic

Max Barrows did not foresee having to student-teach over Google Classroom.

Incoming freshmen enjoyed lunch on the quad and campus tours during Big Blue Orientation at Millikin University on Wednesday.

The Thinkwell Maker Camp at Richland Community College aims to get kids to learn creative thinking and problem-solving with technology.

Watch now: Summer school in Decatur this year 'an opportunity'

Decatur Pubic Schools opened its summer session to any student who wanted to attend this year.

The Decatur Public Schools offered the media a tour of the new Johns Hill Magnet School on Tuesday. The building is scheduled to be complete in time to start the new school year in August.

Check out this senior prank at a Macon County school

The senior prank involved a staff member's vehicle at a Central Illinois school.

Concerned Community Citizens held a news conference on Monday to call on the Decatur school board to name Assistant Superintendent Jeff Dase to serve as interim superintendent to replace outgoing Superintendent Paul Fregeau.