LINCOLN — The story of the Tomb of the Unknown Soldier is one everyone should know, and the Abraham Lincoln chapter of the Daughters of the American Revolution is doing its part to see that they do.

A replica of the Tomb of the Unknown Soldier was placed on display Monday at the American Legion 263 in Lincoln. It will remain in the location from 9 a.m. to 7 p.m. Tuesday and Wednesday for the public to see.

The display is half the size of the real tomb in Arlington National Cemetery in Arlington, Virginia. The crypts of unknown soldiers for other wars are also on display.

The exhibit, organized by the American Committee of the Exchange Club of Rome, Georgia, was invited to the area through the request of the local Daughters of the American Revolution chapter.

“We are celebrating our 125th anniversary of our chapter,” said Marge Aper,  chapter regent for the DAR. “We decided to do a service project for the community.”

The Tomb of the Unknown Soldier is also celebrating its 100th anniversary. “We felt that the combination of the two would be a great way to celebrate both,” Aper said.

DAR service areas include historic preservation, education and patriotism. The Tomb of the Unknown Soldier replica display meets all of the criteria, according to Aper.

West Lincoln Broadwell Junior High School social studies teacher Curtis Conrady brought his seventh-grade class to see the exhibit and learn more about its history. “We actually talk about this during Veteran’s Day,” he said. “They’ve heard about this, but they’ve never really seen it in real life.”

Bill King, a member of the American Committee of the Exchange Club of Rome, Georgia, discussed the details of the original Tomb of the Unknown Soldier and the representation of the replica. As a veteran and teacher, King is a part of the organization’s education arm celebrating the centennial of the Tomb of the Unknown Soldier. “For the past three years, we’ve been to 26 states, shown the tomb at over a distance of about 50,000 miles,” he said.

According to King, the organization reaches out to students such as Conrady’s, to stress the importance of the historic monument. “Without the sacrifices of the men that this represents, we would not have the freedoms that we enjoy in this country,” King said.

The local display also features American flags, wreaths and memorabilia. King explained the importance of the tomb’s features and the job of the guards.

“That particular ground area around that tomb is considered the most hallowed and respected ground in America because of that grave and the others that joined him in later wars,” he said.

The top of the replica is made of composite material while poplar wood is used as the base. The faux tomb was built using the original blueprints with the full dimensions, according to King. “That way we could pare it down to 50 percent scale,” he said. “This one weighs 450 pounds.”

The original Tomb of the Unknown Soldier, weighing 56 tons, was erected after World War I to honor the unknown soldiers who fought and died in the war. In 1921, Congress provided the money to build the tomb.

“At the same time, they started the process of trying to select one unknown that would be able to represent all of the unknowns from World War I without anybody knowing where that person came from, so that he was truly representing all of our unknowns,” King said.

Four military cemeteries in France held the bodies of American soldiers who died during that war. “We buried almost all of our dead, both known and unknown, in France,” King said.

Teams went to each cemetery to exhume one unknown soldier. They placed the four bodies in their own caskets with no markings. One was selected to represent all unknown soldiers. The other three soldiers were buried again in one French cemetery.

The selected Unknown Soldier was escorted back to the United States where President Warren Harding presided over the service and represented his family. The soldier received several awards during the ceremony.

“I hope everybody gets the chance to see what it looks like if you are never going to see the real one,” King said. “Hopefully you will, because you’ll have a completely different feeling after you’ve witnessed the changing of the guard.”

How Decatur helped shape what became known as Memorial Day

WHAT: Tomb of the Unknown Soldier replica

Community members and first responders of all ages gathered before sunset on Saturday at the Lake Decatur 9/11 Memorial to honor the 20th anniversary of the Sept. 11 attacks. 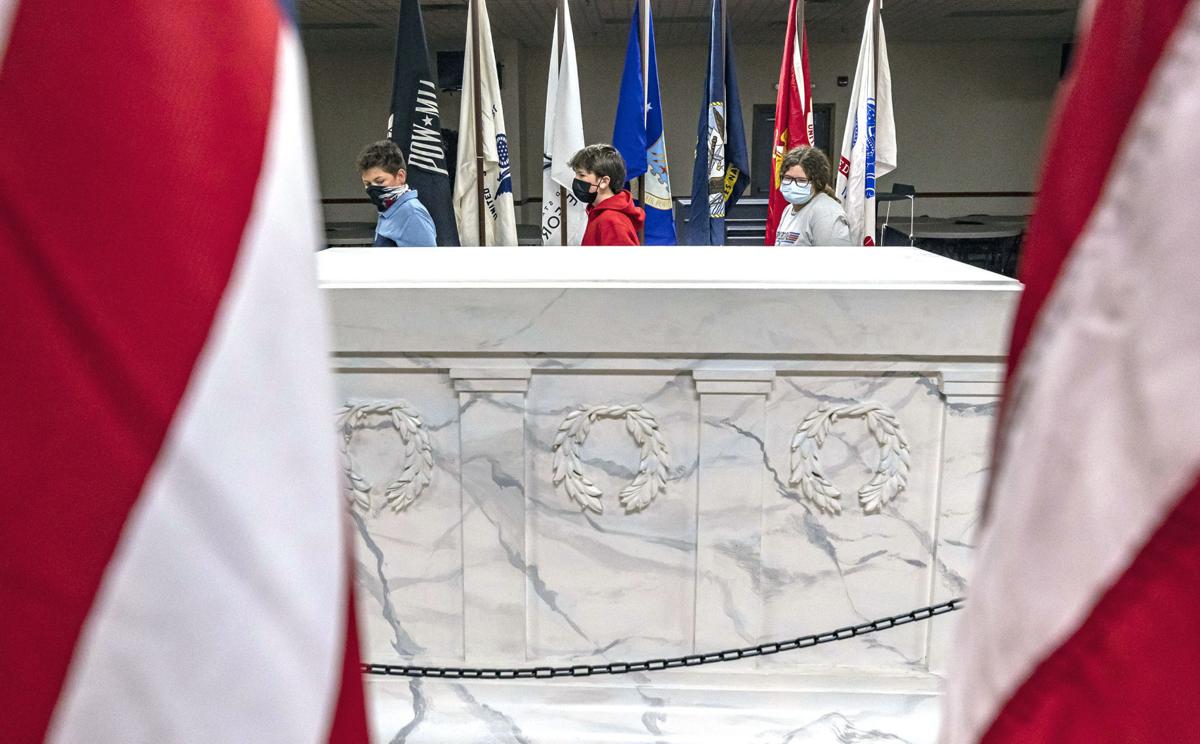 Seventh-graders from West Lincoln Broadwell get a lesson about the history of the Tomb of the Unknown Soldier on Monday at the American Legion 263 in Lincoln. This replica is owned and managed by the Americanism Committee of the Exchange Club of Rome, Ga It is on display through Wednesday. 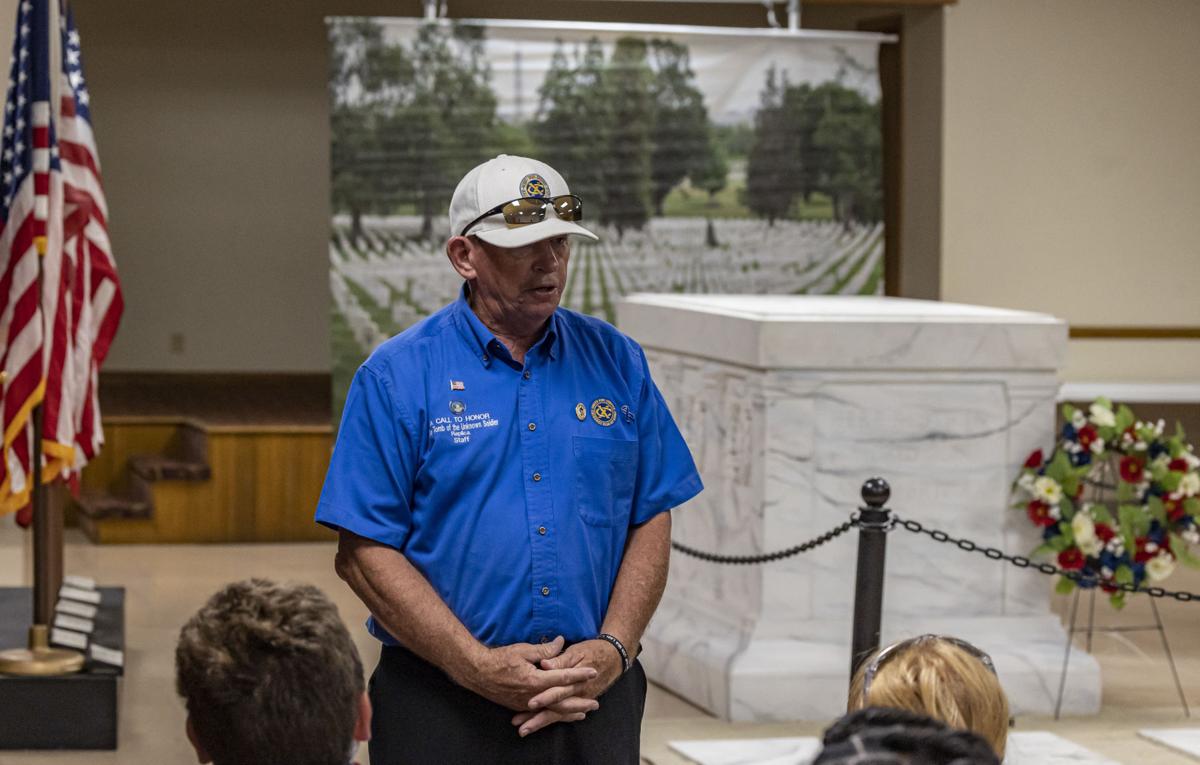 Bill King, a retired Air Force major and project manager with A Call to Honor, speaks with a group of seventh-graders from West Lincoln Broadwell about the history of the Tomb of the Unknown Soldier on Monday at the American Legion 263 in Lincoln. 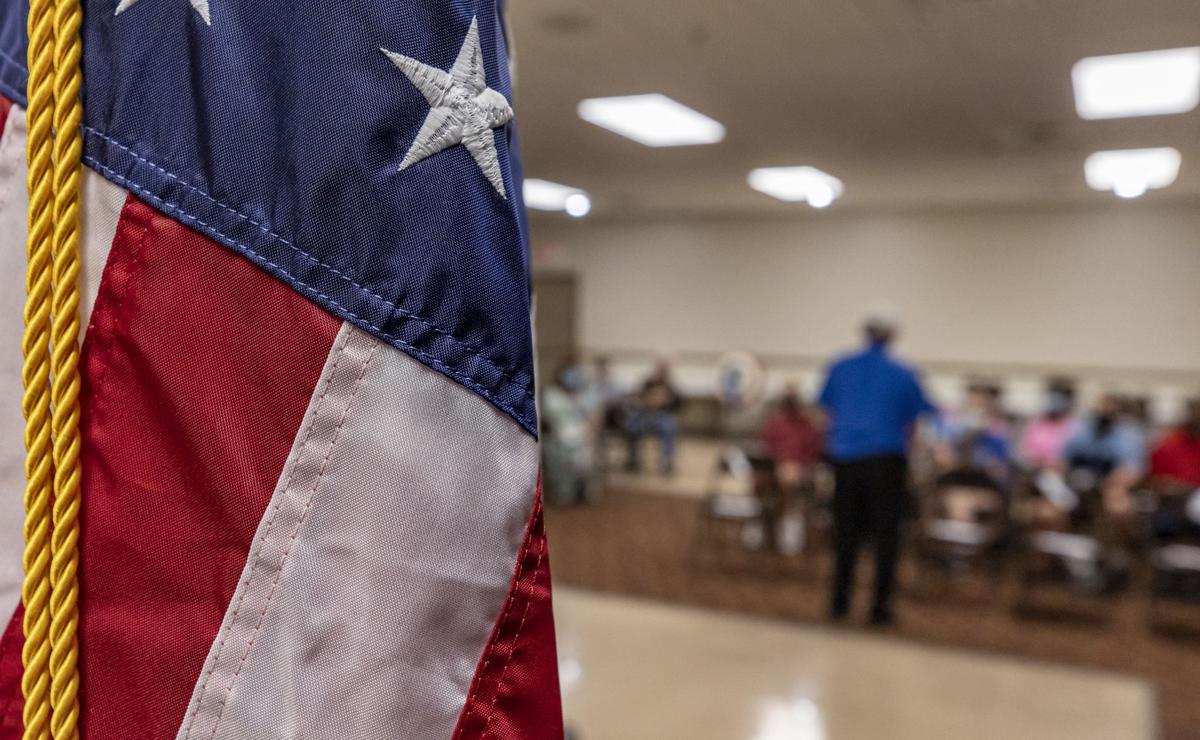 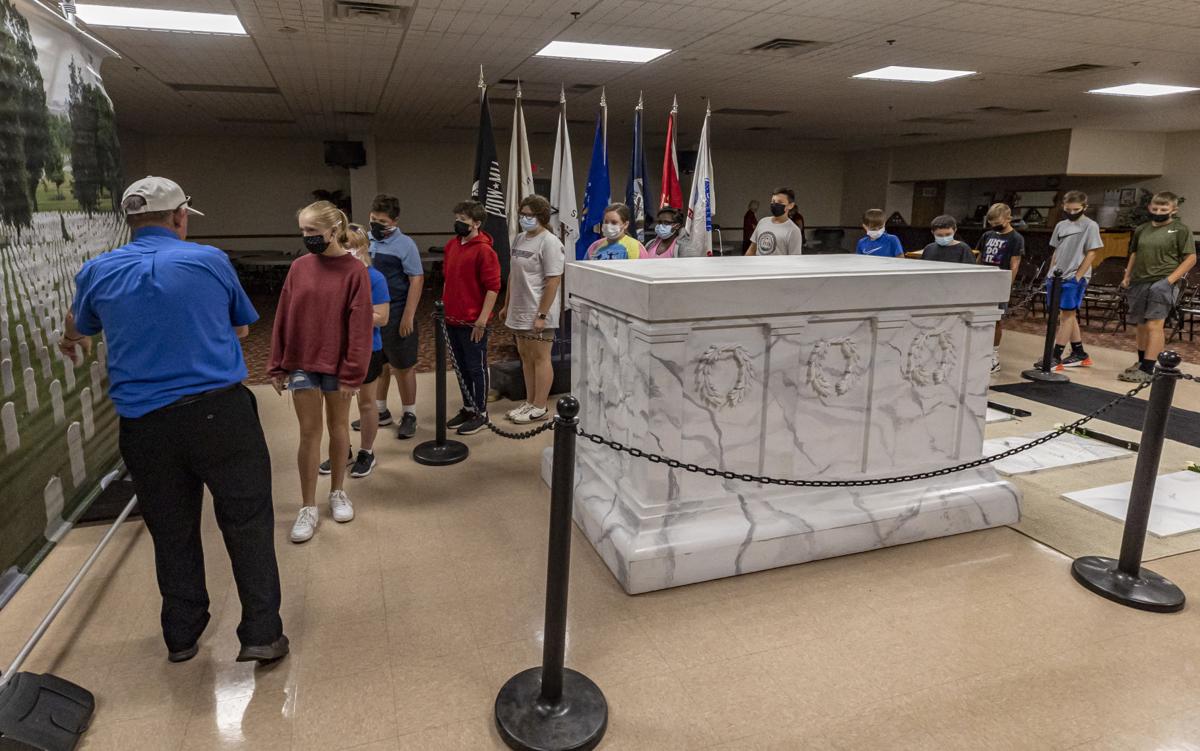 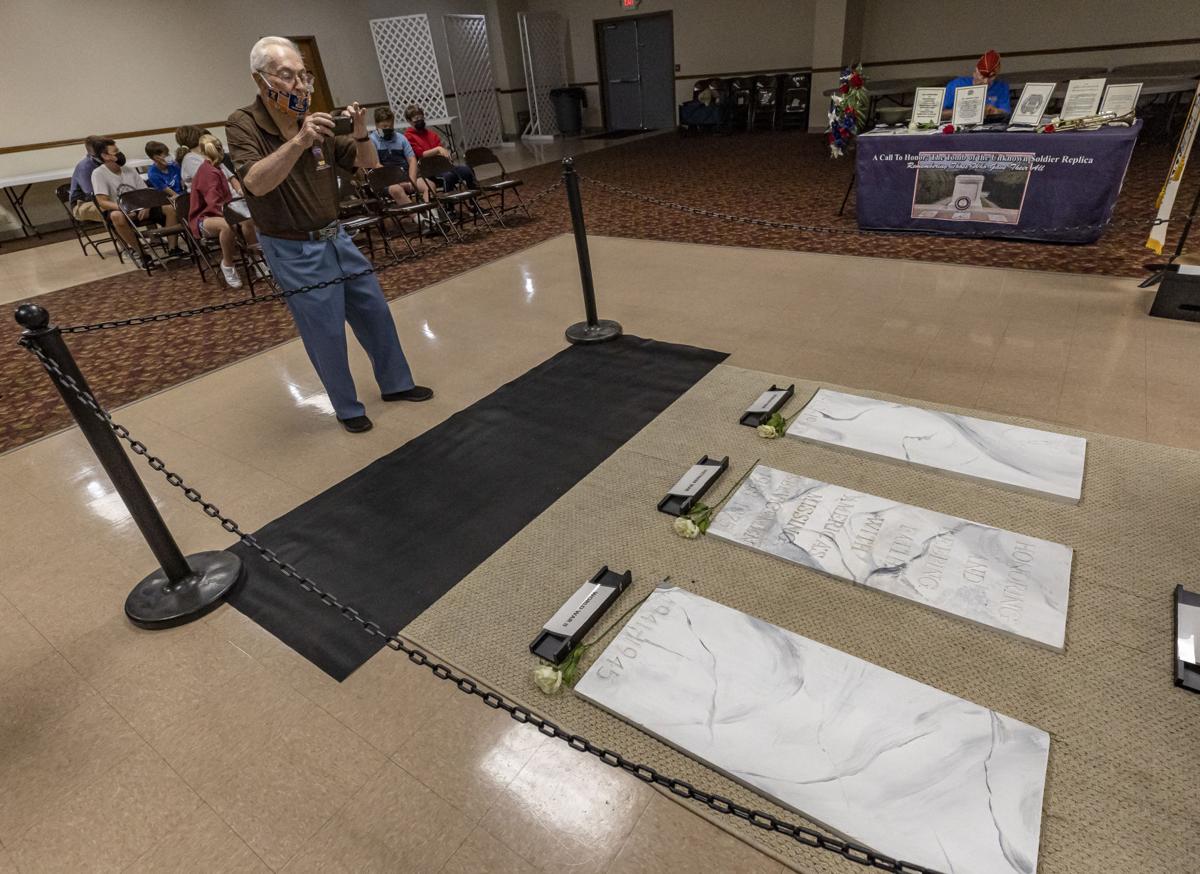 Veteran Bill Gossett takes a photo of the replica of the Tomb of the Unknown Soldier will be on display Sept. 13-15 at the American Legion 263 in Lincoln. It represents 50% of the dimensions.