It got off to a different start when Sharon United Methodist Church's Rev. Walter Carlson appeared to interrupt the invocation to take a phone call.

Telling his bemused audience of more than 100 graduates and their family and friends, “I have to take this,” he later told them it was God checking in with a message.

“He wants you all to know that he is very proud of each and every one of you,” he told the laughing graduates. “He has great hope for what you will do, for who you are and what you will accomplish.”

Carlson acted as if he had jotted down the message, and then ran into trouble deciphering part of the text. “OK, this part gets a little fuzzy here,” the pastor said. Then he appeared to make out the rest of the holy instructions.

“He said ‘Wally, it’s time for you to sit down and shut up,’” said Carlson, getting ready to do so.

“Amen,” he added, to loud applause.

The tips on fashion came from commencement speakers and Millikin alumni Zachary “Zach” Uttich and his wife, Kirsten Williams Uttich, who, in another unusual move, delivered their address together, each speaking alternate parts.

Graduates of the class of 2007, they met at Millikin as students and first bumped into each other because Zach Uttich wore a rather striking T-shirt that got him noticed.

Now they have gone on to set up a successful clothing business in Chicago called BLVDier, offering everything from custom suits to T-shirts to a discerning clientele that seeks out their unique designs.

Zach Uttich advised graduates to be careful what they wear and help safeguard the planet as they pursue their careers.

“Far too many people love clothing the wrong way,” he said. “They buy too much, don’t wear it enough and dispose of it too quickly. It’s doing terrible things to our environment.”

There was advice, too, on learning to favor and give small businesses a chance — “better to choose the underdog” — along with lessons learned from a couple who have had to fashion their own path through the world.

“Be creative,” said Kirsten Uttich. “This helps to keep the outlook fun and exciting. And say and spell people’s names correctly … it makes a gigantic impact. And, once you’ve mastered that, learn to remember people’s names as soon as you meet them.”

Her husband recommended being nice to everyone, especially to those who appear the lowest on the workplace ladder. He said a little kindness early can pay big dividends later.

“The world is awfully small,” he said.

The Uttichs also said a Millikin education was a great platform from which to launch yourself into that world, and the smiling students about to be presented with their degrees couldn’t agree more.

“I would say come to Millikin to study because the staff is very attentive,” said Sera Bebon, 23, who comes from Erie and had just earned a degree in nursing. “I believe it’s truly hard to fail here because you have a lot of people who look after you and care about you and want you to succeed.”

Hall has served as the Big Blue's defensive coordinator for the last two years.

The Big Blue's five wins this season already matches their victory total from the past two seasons.

Members of the Phi Beta Sigma fraternity as well as others from the Alpha Kappa Alpha sorority and the Alpha Phi Alpha fraternity gave out Thanksgiving food baskets on Saturday near the Habitat for Humanity building at 838 E. Wood St.

"You can provide a dignified service at an affordable cost," said Jason Murphy, co-owner of Central Cremation Center. 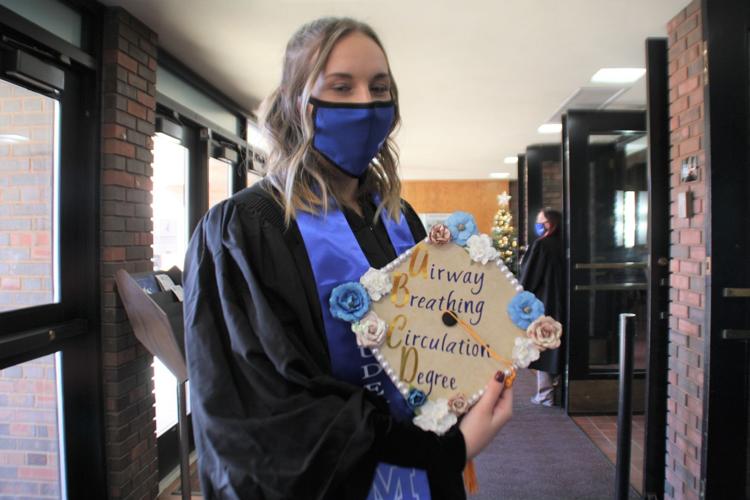 Nursing graduate Sera Bebon shows off her rather distinctive graduation cap: it says "Airway, Breathing, Circulation Degree." She explained that "ABC" is a fundamental set of conditions that nurses are trained to check for to make sure their patients have a happy outcome. 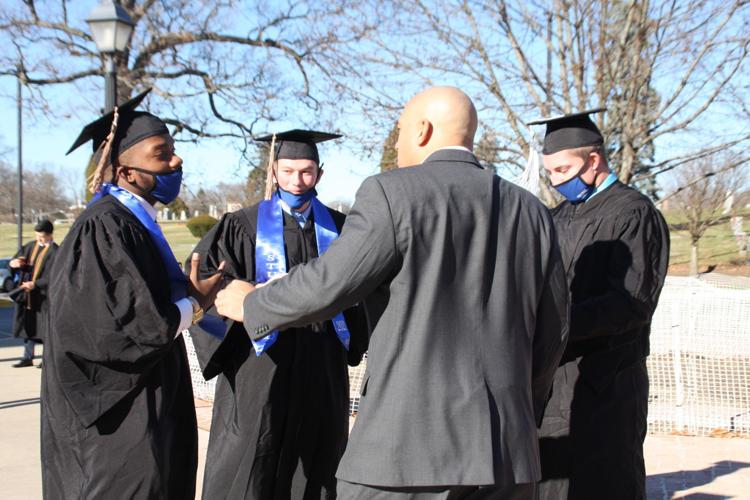 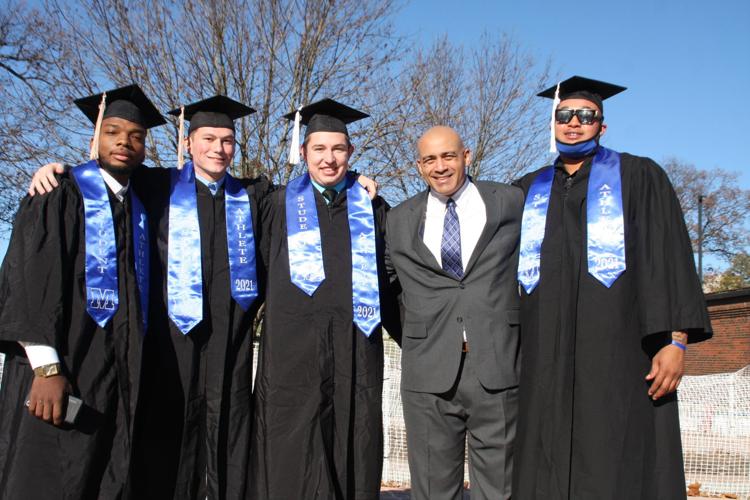 Always time for a group hug before graduation. The capped and gowned students from left are: Jequan Harrell, Tatum Teicher, Callaghan Pohrte and Kenneth Williams with Carlton Hall, who was named the school's new head football coach earlier this month.