Before Interim Superintendent Bobbi Williams retired two years ago, Decatur Public Schools' teaching staff was short by 80 educators in July of that year.

She said she's relieved that this year, that number is halved, with every likelihood that most of those open teaching positions will be filled in time for the start of school in mid-August.

It's not just teachers that are needed, either. Alltown Bus Service, which serves the Decatur Public Schools, needs drivers, and has parked one of their buses at the corner of Pershing Road and Martin Luther King Jr. Drive with a banner asking for applicants.

With labor shortages everywhere, school districts are also feeling the pressure of filling open positions, and a teacher shortage that has challenged districts for several years now doesn't make it easier. More than 4,700 positions remain unfilled in Illinois schools, with 1,703 of those teachers, 1,243 paraprofessionals, 974 school support staff, and the rest office and administrative positions.

In Macon County, 88 positions are open, according to the Illinois State Board of Education, with 51 of them in Decatur Public Schools. Those positions include 29 special education positions.

“I know others have really struggled, but we have been fortunate in finding staff,” said DeAnn Heck, superintendent of Central A&M. “We have all of our teachers in place. We have some coaching positions, lunch providers, aides and bus drivers positions open.”

Argenta-Oreana schools have struggled with staffing for a while, said Superintendent Damian Jones.

“So far, it is hard to see a difference in staffing,” he said. “We struggle off and on with it and we are continuing to struggle.”

Warrensburg-Latham Superintendent Cheryl Warner said she can remember having more than 60 applicants for an elementary teaching position and now, it's usually fewer than five. One thing that has helped her district, she said, is a state waiver allowing employees to apply for their children to attend Warrensburg-Latham even if they live in another district.

“We were fortunate to fill 99% of any open positions in late spring (and) early summer without much difficulty,” Warner said. “We do still currently have a high school math teacher position to fill. Overall, the candidate pool for teaching positions has continued to decrease significantly in the last several years.”

The teacher shortage, she said, is “a major dilemma.”

A study by the Illinois Association of Regional School Superintendents, released in March, gives a number of reasons for the shortage. One factor is that large numbers of veteran teachers are nearing retirement, without enough younger people entering the profession to replace them. And the reasons for that, the study showed, is that teaching is less attractive than it once was.

Association President Mark Klaisner said the “villainizing” of teachers, coupled with the demands on their time and Illinois' changes to the pension system, have contributed to the problem. Small and rural districts are the hardest-hit, according to the study.

"The work is harder, the years are longer, the days are longer, the compensation's not keeping up with the economy," he said. "It is a lot of work, and we're asked to do more and more with less and less."

The association plans focus groups with high school students to ask them how they feel about becoming teachers, and why, to help with recruitment efforts.

While all the teaching positions are filled in Mount Zion schools, said Superintendent Travis Roundcount, support staff such as bus drivers and food service are proving more of a challenge.

“We provide all the training and certifications that are required if anyone is looking for work,” he added.

Remember Decatur Celebration 2000? Here's a look back in photos

Centerstage at the celebration

The teacher shortage is one of those things that unites our state from top to bottom. Every school district is struggling when it comes time t…

East-central Illinois school districts have an even greater difficulty filling teaching positions than the statewide average, according to a n…

Watch now: Decatur's teachers back on the job as schools prepare to open Aug. 16

Decatur Public Schools will return to full time in person learning on Aug. 16.

A bus driver shortage has sidelined 19 bus routes in Decatur Public Schools this week, a problem that has been affecting students and families…

Decatur offers high school students a chance to explore teaching as a career.

Watch now: You're a sneaky one, Mr. Grinch

Warrensburg-Latham Elementary School was magically transformed into Whoville overnight on Monday, and the Grinch himself visited to read to th…

Jacquelynn Rose has been named the new principal of Argenta-Oreana Elementary School.

The moment the Chinese spy balloon was shot down, ordered by President Biden

The moment the Chinese spy balloon was shot down, ordered by President Biden 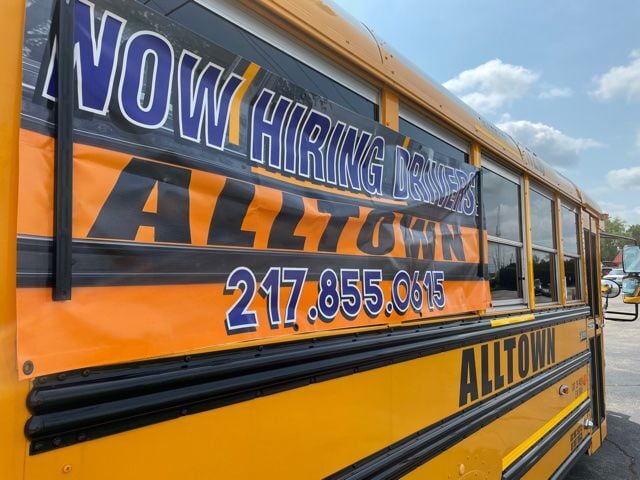 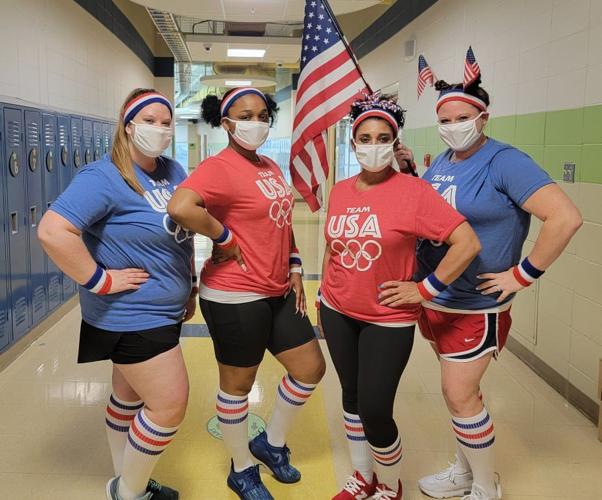 Tara Lueras, Tiara Butler, Karen Walker and Heather Herron teach fifth grade at Hope Academy and dressed in an Olympics theme as a way to engage kids. Hope added another fifth-grade class this year and the district hired student teacher Tiara Butler to fill the position. Butler is a Decatur native and 2021 graduate of the University of Phoenix. "Growing your own" is one way districts have found to fill openings. 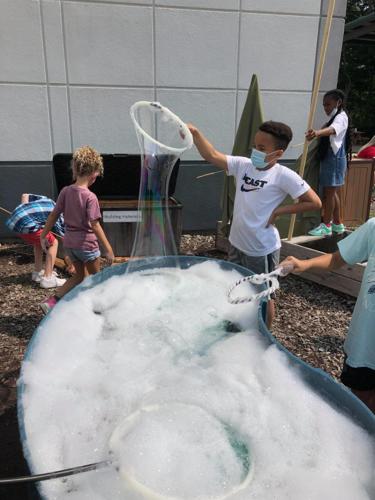 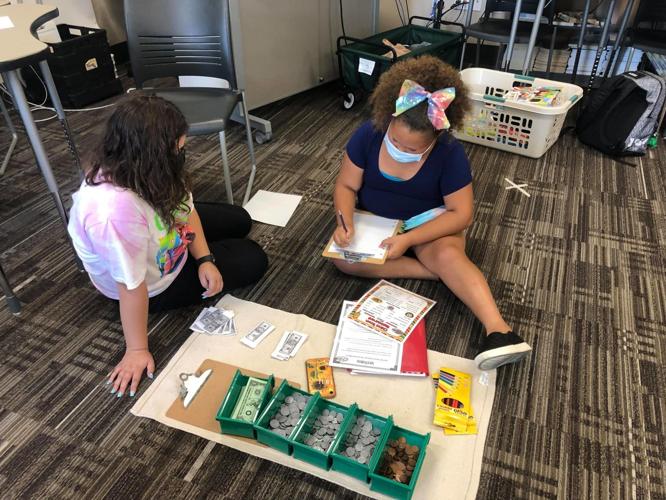 Eisenhower High School student Alicia Mallarnee, left, works with student Avery Allyn at Montessori Academy for Peace during summer session in Decatur schools. Offering high school students internships is one way the district hopes to encourage them to consider teaching as a career. 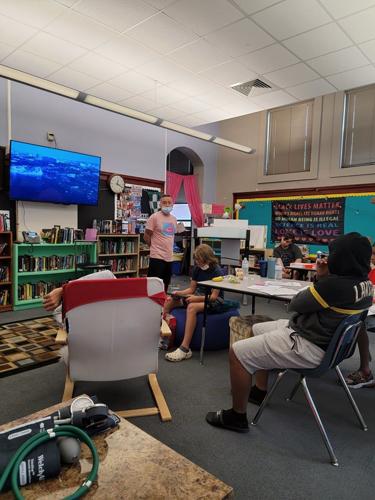 Decatur school board member Kevin Collins-Brown, who works in the health care field, spent a day at Dennis School to teach kids about health issues in the community. He also taught them to take blood pressure, both on themselves and on other people.