DECATUR — There can be few more qualified experts to talk about the "hair" today, gone tomorrow opportunities that life sends our way than Millikin University husband-and-wife graduates Brandon and Megan Lockhart.

Unlike many of their more than 300 classmates from the school’s College of Fine Arts and College of Professional Studies graduating Sunday, the Lockharts have already had successful careers.

They are the founders and previous owners of Lockhart’s Barber College in Decatur and a chain of barbershops in Macon and Shelby counties. They also presided over a property rental empire with more than 100 units making up the inventory.

But they have given it all the brush-off and sold their previous business interests to pursue their first love: numbers. Hard as it is for non-math wizards to understand, they are fascinated with figures and have both just earned degrees in accounting.

By next weekend the polymaths will be in Denver, starting different jobs with major accounting firms based there. Their advice to their fellow graduates is don’t be scared to face a parting of the ways with your former life, and your former comfort zone.

“Live in the moment, don’t be afraid to try something,” said Megan Lockhart, 32. “It might not work out, but don’t wait for opportunity, seize opportunity; even if it’s not the right one, it’s all experience and it leads you to that next opportunity.”

Her 34-year-old husband nods his agreement. “Sometimes it takes a while to figure out what clicks, and we’re still figuring it out ourselves, obviously,” he said with a smile. "Millikin has been great for us because the idea of performance learning really works.”

This is the central Millikin thesis that students learn best through real-world experiences, whether they feel themselves ready or not. It was a theme that commencement speaker Patrick E. White, the school's president emeritus, picked up on in his address.

White recalled how the real world kept bursting in upon the Class of 2022 and left its indelible marks. He counted them off, saying no one could possibly have predicted all that was coming down the road four years ago: a million fellow Americans would die in the COVID pandemic while remote learning and social distancing upended campus life and life everywhere; the social earthquake that came in the wake of the videoed murder of George Floyd; the major political clashes culminating in a tumultuous presidential election that ended with a mob storming the nation’s capitol.

“And finally, a mere three months before you have graduated, Russia invades Ukraine and thousands more will die and push the world to the brink of an even wider war,” White said.

“Somebody has probably said to you in the last few weeks, ‘You are now ready for the real world,’” added White, pointing out the kind of thing often said to newly minted college graduates.

“But… there is no more real world than the one you, the Millikin University Class of 2022, have lived through,” he added.

Forged in fire, he said the graduates seated before him were more than ready to take all they have learned and been through and head out to make that real world a better place.

“Are you not ready to perform your life?” he asked. “You know you are.”

Before he spoke, White was presented with an honorary Doctorate of Humane Letters degree in acknowledgement of his work as a former leader of the college from 2013 to 2020.

Referring to the 2022 class as his fellow alumni who had, for the most part, managed to earn their diplomas in four years, White joked: “It took me seven years to get my degree.”

Congratulations to the graduating class of 2022 at MacArthur High School.

Congratulations to the graduating class of 2022 at Eisenhower High School.

Here's the latest on Decatur-area businesses that are opening, expanding, moving or closing.

Watch Now: Disney caught in the middle of political firestorm over Florida law 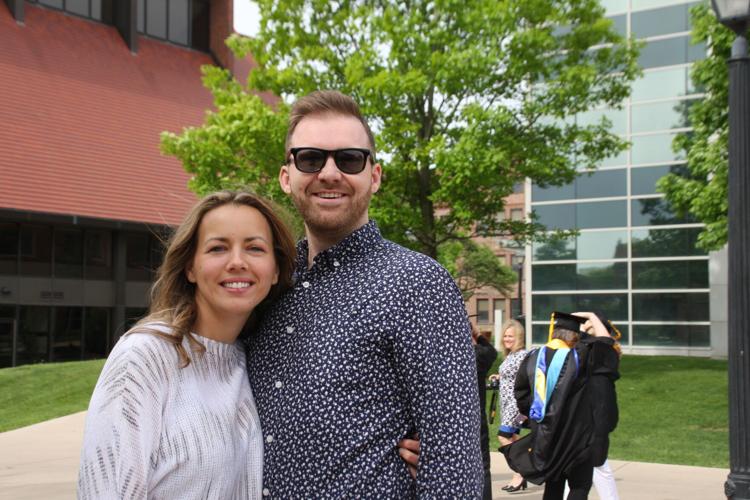 Life by the numbers: Brandon and Megan Lockhart are all smiles Sunday before slipping into the graduation gowns to receive degrees in accounting from Millikin University. The husband and wife have both already had successful business careers in Central Illinois but are ready to seek new adventures. 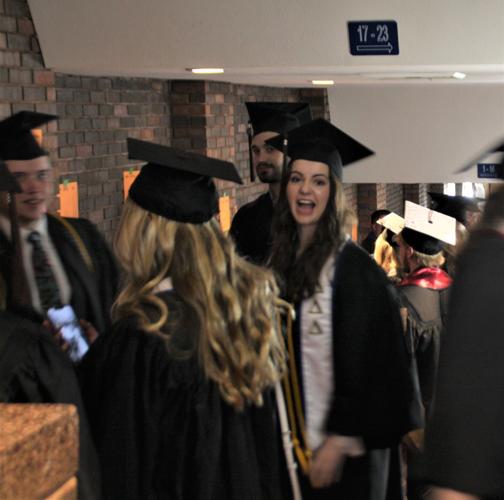 A student shouts for joy on Sunday amid the bustle of activity in the stairways of Kirkland Fine Arts Center as Millikin University's 2022 commencement prepared to get underway. 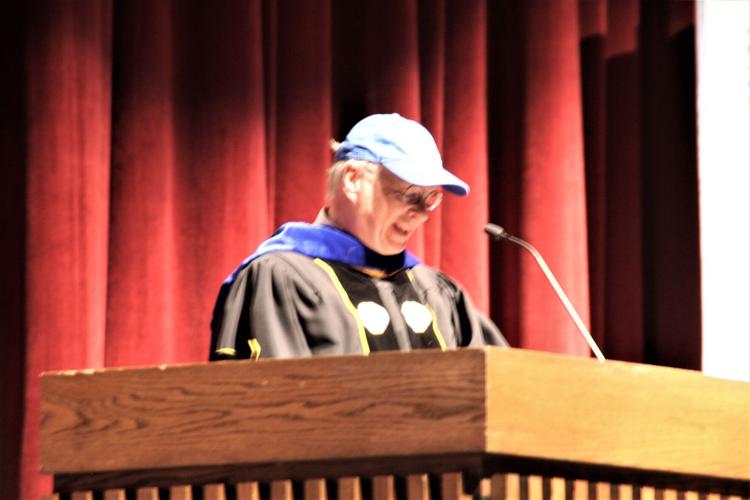 Millikin University's commencement address Sunday was given by Patrick E. White, the school's president emeritus. He told the 2022 graduates, who had already endured COVID, political and social upheaval and now faced an outbreak of major armed conflict in Ukraine, that they were well-qualified for life, having come through the school of hard knocks.