DECATUR — When your sister-in-law is an Olympian, it's no trick at all to convince her to visit with your students via Google Classroom.

Jennifer Doyle, who teaches third grade at Our Lady of Lourdes School, lined up Olympic rugby player Lauren Doyle to talk to her students from California on Friday. Jennifer's husband, Bobby, is Lauren's brother.

The Doyles are from Boody, though Lauren Doyle lives and trains in California now.

“It's kind of surreal (having an Olympian in the family),” Jennifer Doyle said with a chuckle. “She's really awesome and very super-nice and she's always been super athletic and like I told her, she's really an inspiration for my kids. Having a sister-in-law that's an Olympian has really inspired my own children, to know that they can do whatever they set their heart and mind to. But being able to also bring her into my classroom (virtually) is really awesome and fun, and I think we had a good time today.”

The kids came up with their own questions for Lauren Doyle, and each got to ask one. Questions ranged from “Who is the most supportive person in your life?” (Grandma) to “Do you get upset when your team loses?”

The team has the same routine whether they win or lose, Lauren Doyle said, and though of course they'd rather win, when they lost the quarter-final at the Tokyo Olympics, they went to the locker room and had a few minutes of rest and silence to process it, then they had a “team shout out,” where they encourage each other.

Another question was whether she enjoyed the Rio or Tokyo Olympics more and to that, she said both were great experiences in different ways. In Rio, her parents were present and that was special for her, while in Tokyo, no spectators were allowed, but the competition was still a great experience.

One child asked what she does for fun, and Lauren Doyle said she has two dogs, and enjoys taking them on hikes and to the dog park.

“Tomorrow is one of my dogs' birthday,” she said, and she's planning a special outing with them to celebrate.

Something she wanted to impress on the students, she said, is that they should always do their best if they're playing a sport, but they should also have fun. Winning isn't the only goal.

“Always remember to enjoy it,” she said.

Watch now: Boody's Lauren Doyle headed back to the Olympics

The 32nd Summer Olympics kicked off Friday in Tokyo's National Stadium following an unprecedented global pandemic and countless changes in its wake. 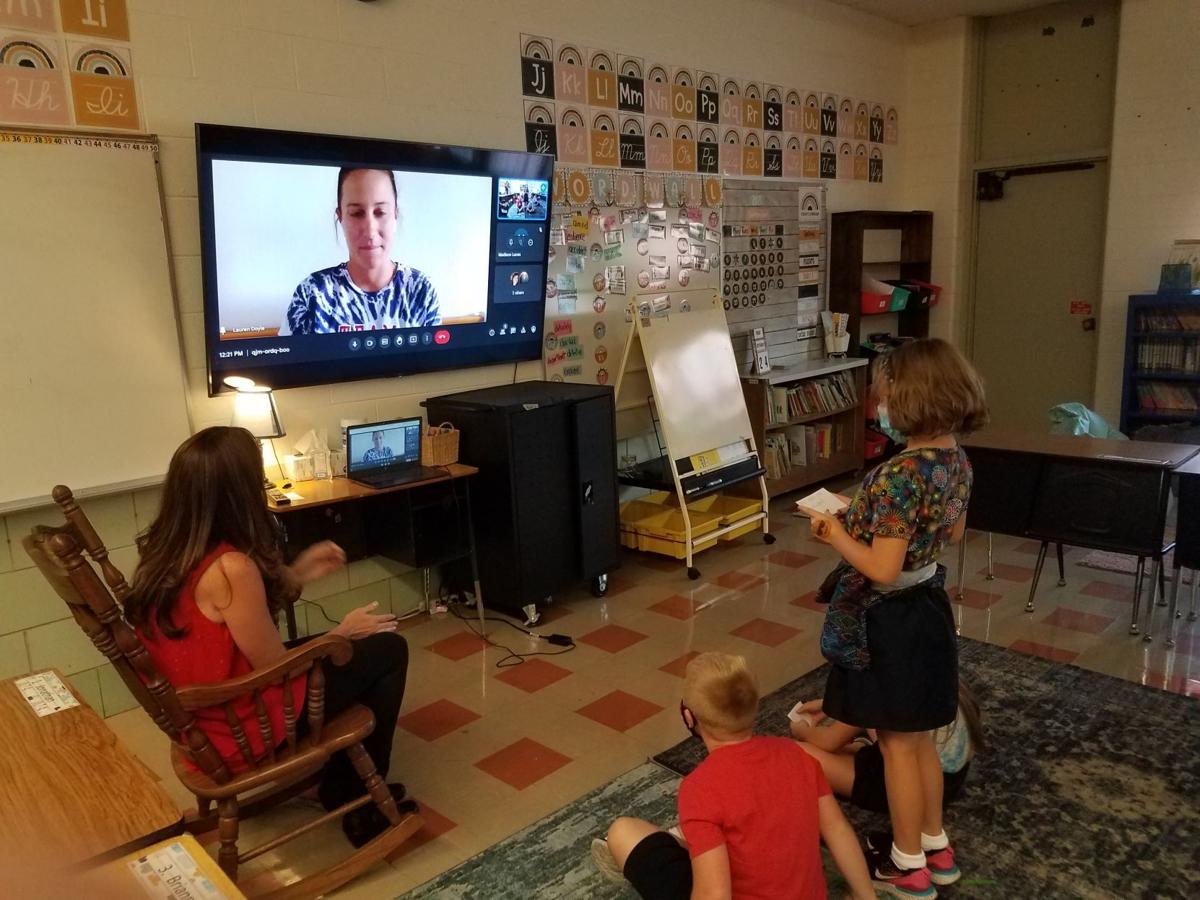 Lauren Doyle, on screen, answers a question from Sydney Goozen, a third-grade student in Jennifer Doyle's class at Our Lady of Lourdes School. Jennifer and Lauren are sisters-in-law, and the teacher asked the Olympian to virtually visit her class on Friday. 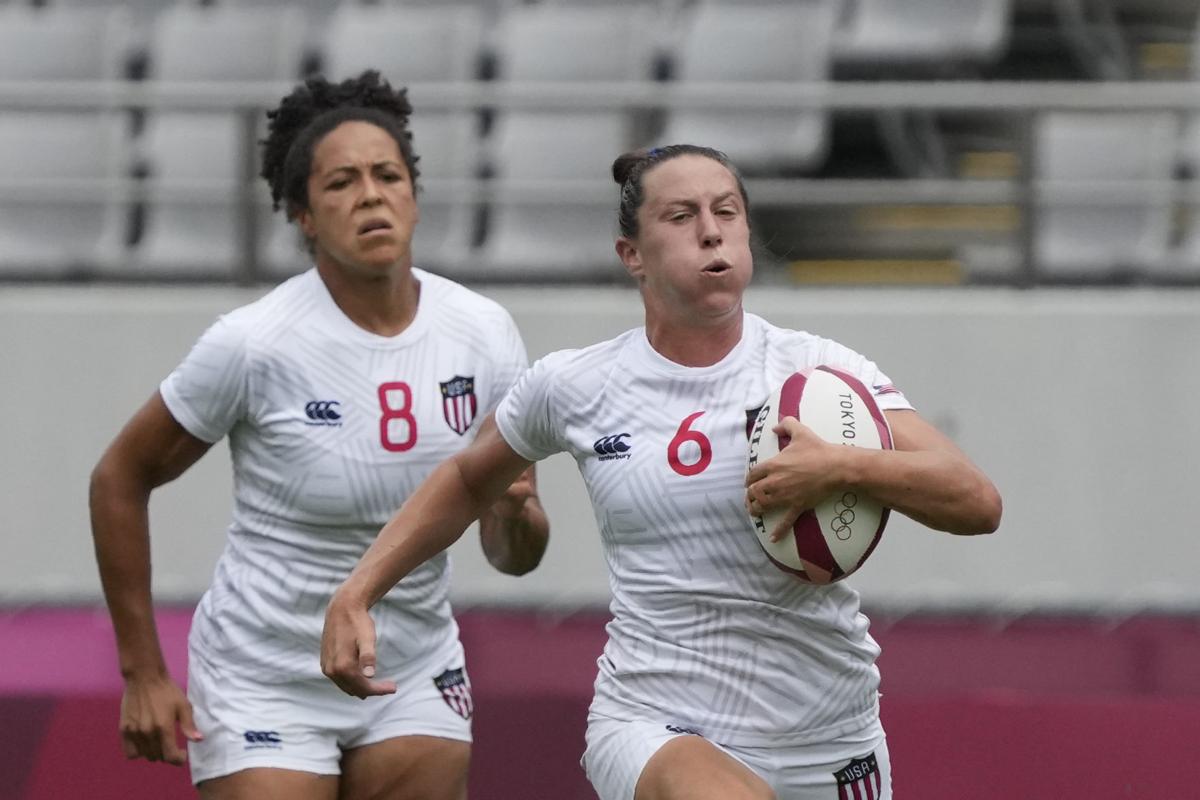 Lauren Doyle runs with the ball as teammate Jordan Matyas follows behind in their women's rugby sevens match against China during the 2020 Summer Olympics in Tokyo, Japan. Doyle shared stories about her two Olympic experiences and more Friday with Jennifer Doyle's third grade class at Our Lady of Lourdes School. 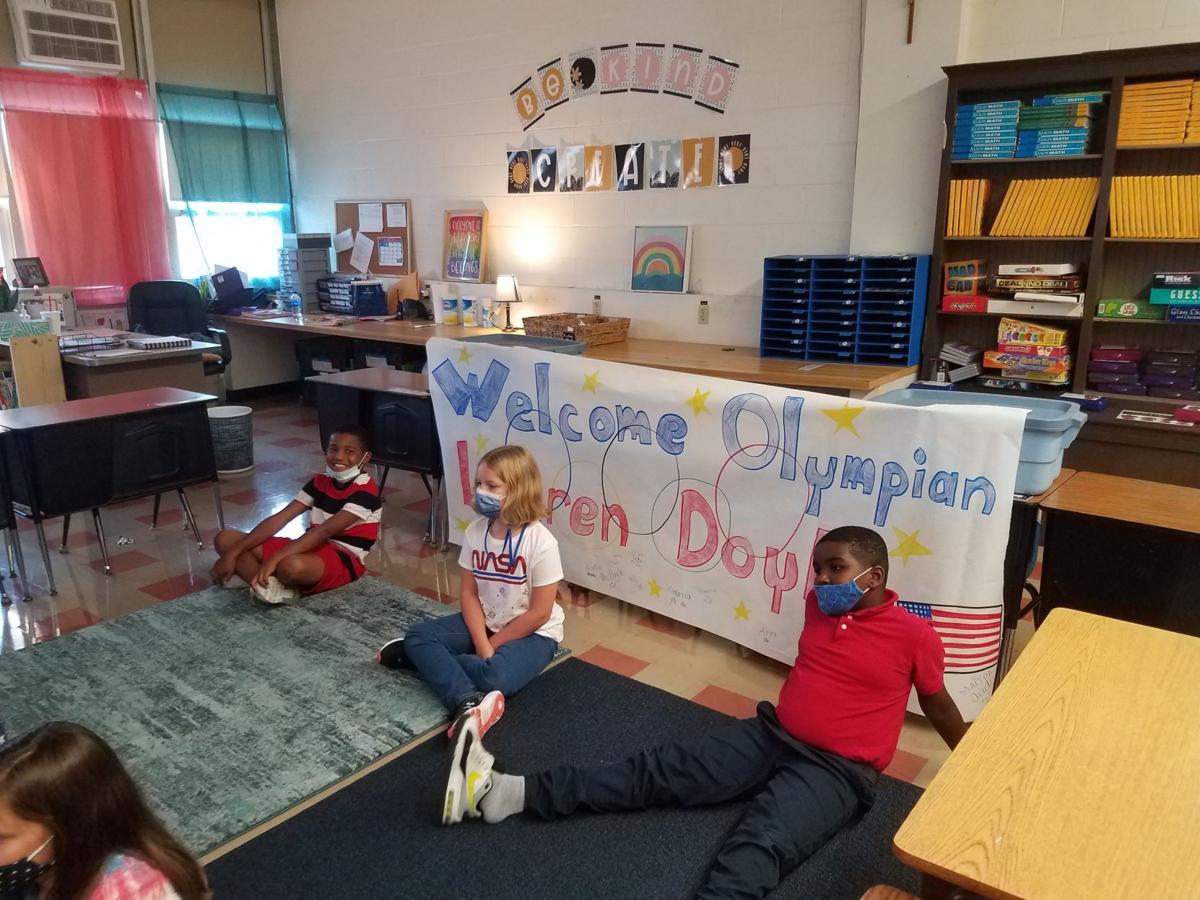