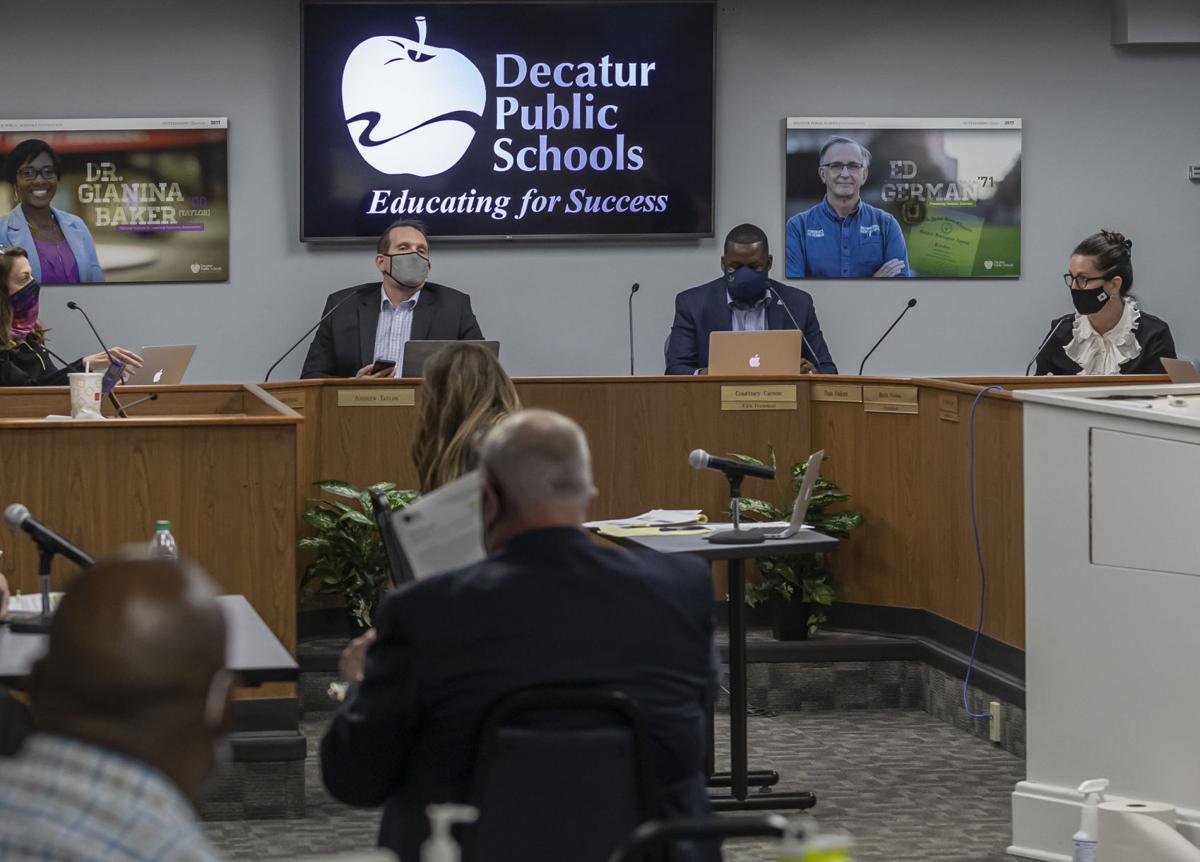 Decatur Board of Education members met in person in Board of Education Room at the Keil Administration Building for the first time Tuesday in many months. Among the leading topics was a discussion of the process for replacing Superintendent Paul Fregeau, who announced last week he is leaving the district to for superintendents job in Missouri. 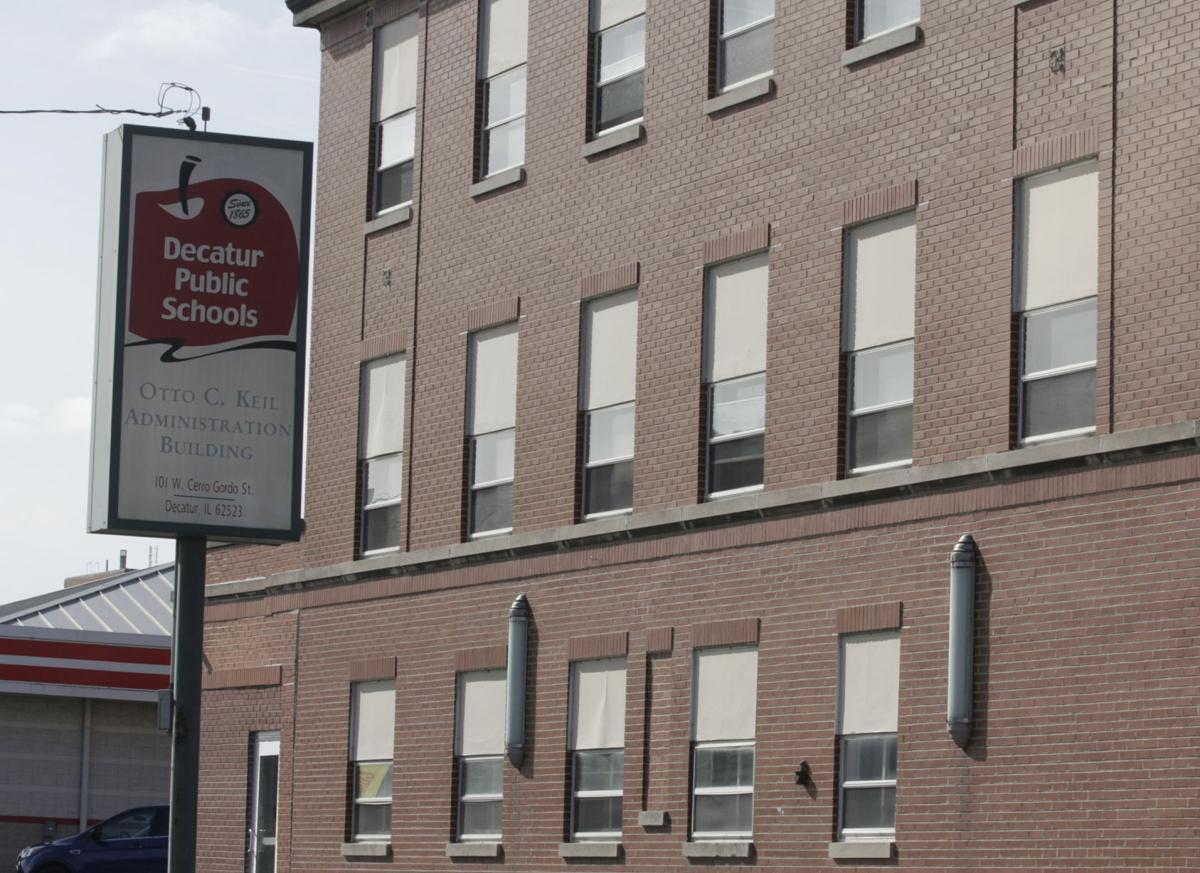 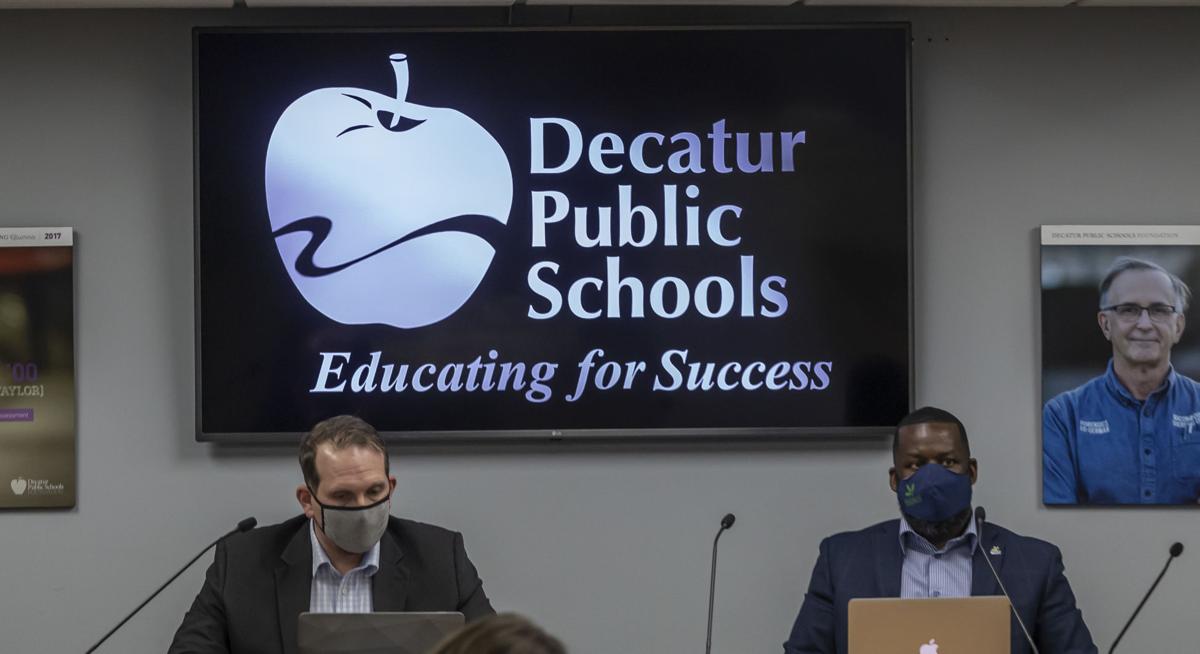 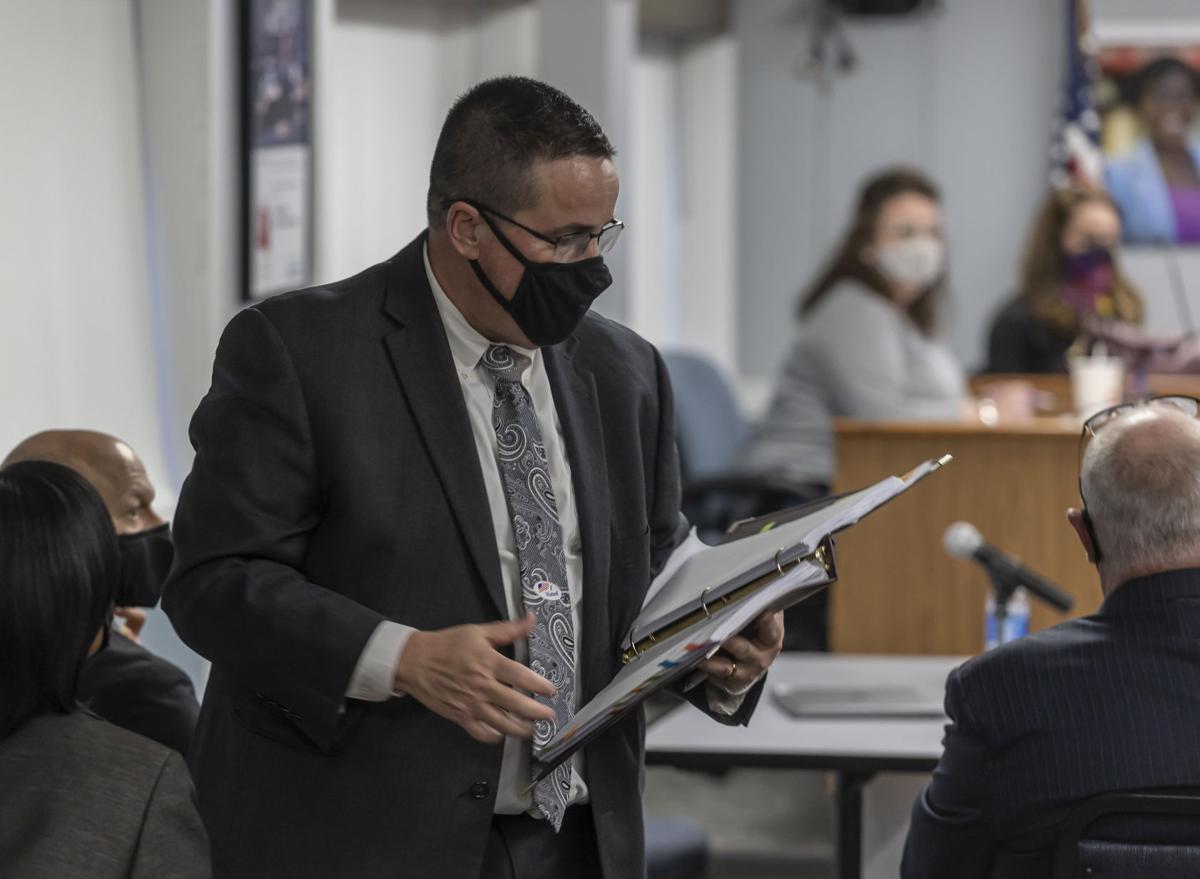 DECATUR — The process of hiring a replacement for Decatur school Superintendent Paul Fregeau will be a lengthy one, probably lasting a year, that will fall to those elected to the board next month.

Board President Beth Nolan began discussion about the replacement process with a memory of four years ago, when the board at that time hired Fregeau with only days left before the election in which Nolan, Beth Creighton, Kendall Briscoe and Courtney Carson were elected to the board.

“We were pretty vocal about that at the time,” she said. “We didn't think that was a good move, and with that, the four of us are committed to making sure we're not leaving the community in a similar predicament.”

Fregeau announced last week that he is leaving to become superintendent of Fox C-6 School District near St. Louis. His last day in the Decatur position will be June 30.

[Read the contract: Here's how much Fregeau will be paid as a Missouri superintendent]

The board discussed the process for replacing Fregeau during its meeting Tuesday, which marked the first time it has met in person in many months because of the COVID-19 pandemic.

Nolan, Creighton,  Briscoe and Carson are not seeking reelection to the board, meaning there will be four new board members seated. Of the three remaining board members, Regan Lewis and Andrew Taylor have served only two years, while Dan Oakes has served for almost three decades.

“There's a misunderstanding about the hiring process,” Briscoe said. “This is the hiring season, so there's always a concern that if you wait too far past the season, you get the people that were not taken by someone else. You're not going to see a new superintendent until next year.”

Oakes, who has been on the board through several superintendent searches, explained how the process works.

“There is a process that's a rather long one,” he said. “Finding a search firm, and once you hire them, they do multiple interviews with staff and board members and past board members. This process will easily take a minimum of four months, so there's no rush to a judgment here. We're going to take our time and do it right.”

Fregeau came to Decatur in 2017 from North Kansas City, Mo., where he was assistant superintendent in a district of about 20,000 students. Prior to entering education more than 30 years ago, he served as a police officer in St. Louis County, Missouri. 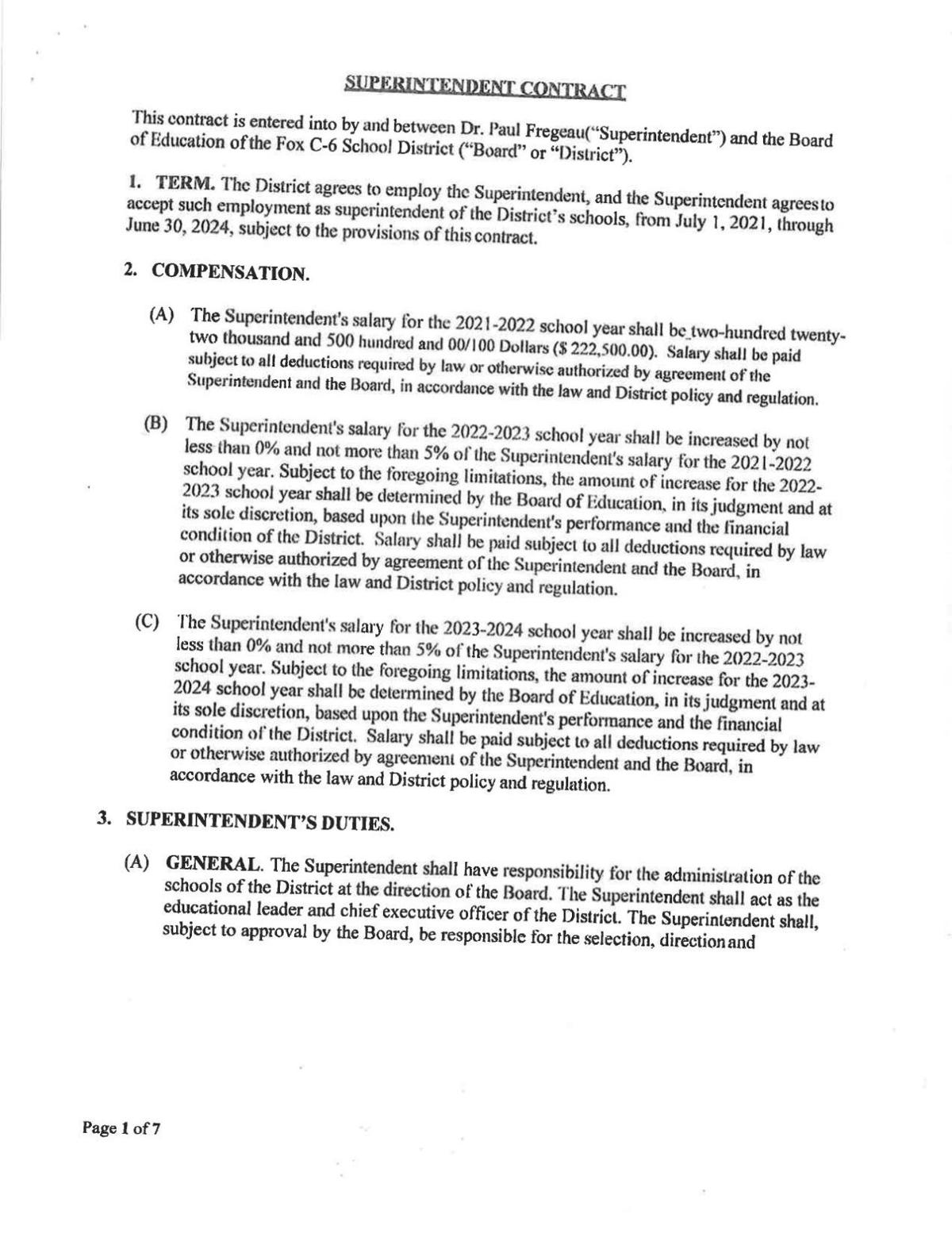 During his tenure in Decatur, Fregeau has overseen the development of a five-year strategic plan that is now in its third year, which included an ambitious facilities plan that is nearing its completion.

District boundaries also were redrawn for the first time in many years to better balance building populations, resulting in about 180 students being reassigned to other schools.

Watch now: Students return to Decatur classrooms for first time in over a year

Students were last in the buildings on March 13, 2020, when schools were closed across the state in response to the COVID-19 pandemic.

Read the contract: Here's how much Fregeau will be paid as a Missouri superintendent

The Herald & Review on Monday obtained a copy of his seven-page contract through a Missouri Sunshine Law request.

OUR VIEW: Fregeau exit as bad as entrance

This is an editorial from the opinion page of the Herald & Review.

Students in Decatur high schools will be able to graduate with both a diploma and an associate's degree thanks to a new agreement between Decatur Public Schools and Richland Community College.

At Tuesday's school board meeting, Superintendent Paul Fregeau gave the board an update on the five-year strategic plan, now in year three. Among the goals in the plan is a recruitment strategy for a more diverse workforce.

Paul Fregeau: Looking on the bright side of 'unprecedented' year

The past year has been one of challenges that we never would have imagined or predicted in the education world.

Decatur Public Schools has released an online survey for the community to weigh on the search for a new superintendent.

Decatur Board of Education members met in person in Board of Education Room at the Keil Administration Building for the first time Tuesday in many months. Among the leading topics was a discussion of the process for replacing Superintendent Paul Fregeau, who announced last week he is leaving the district to for superintendents job in Missouri. 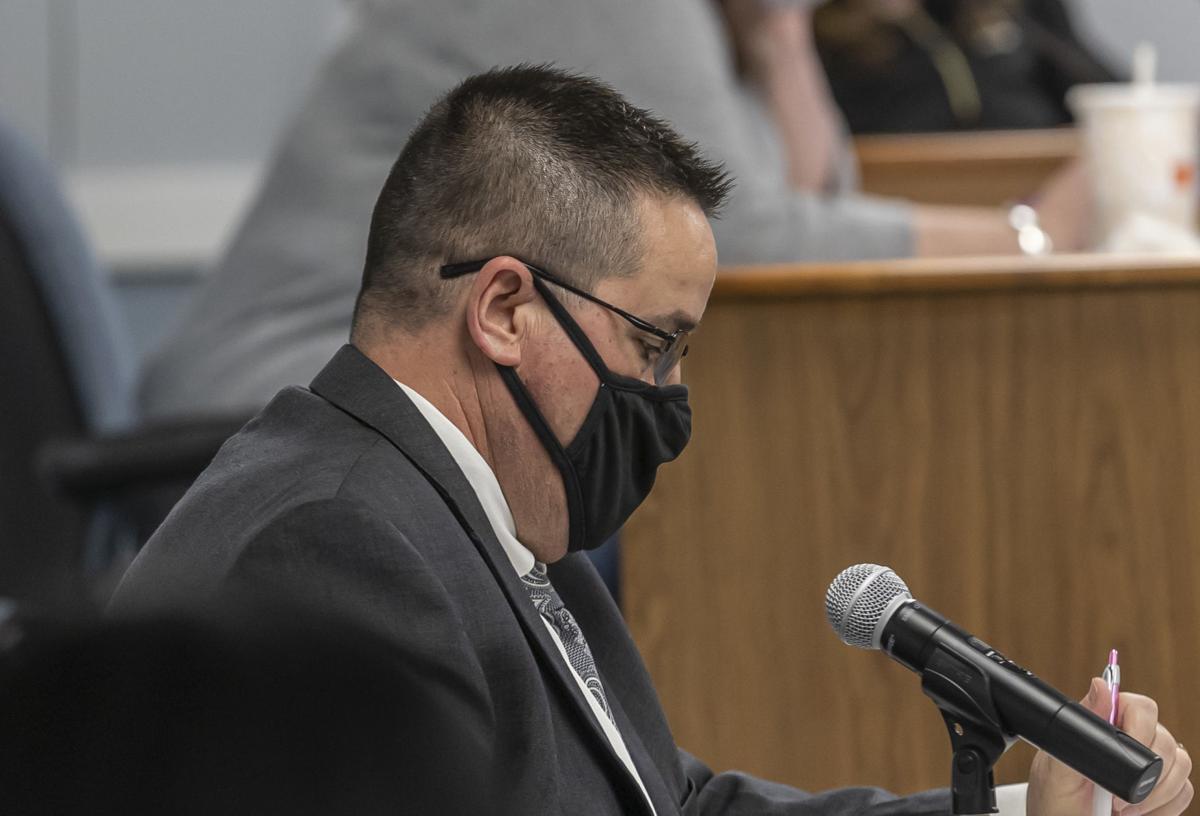 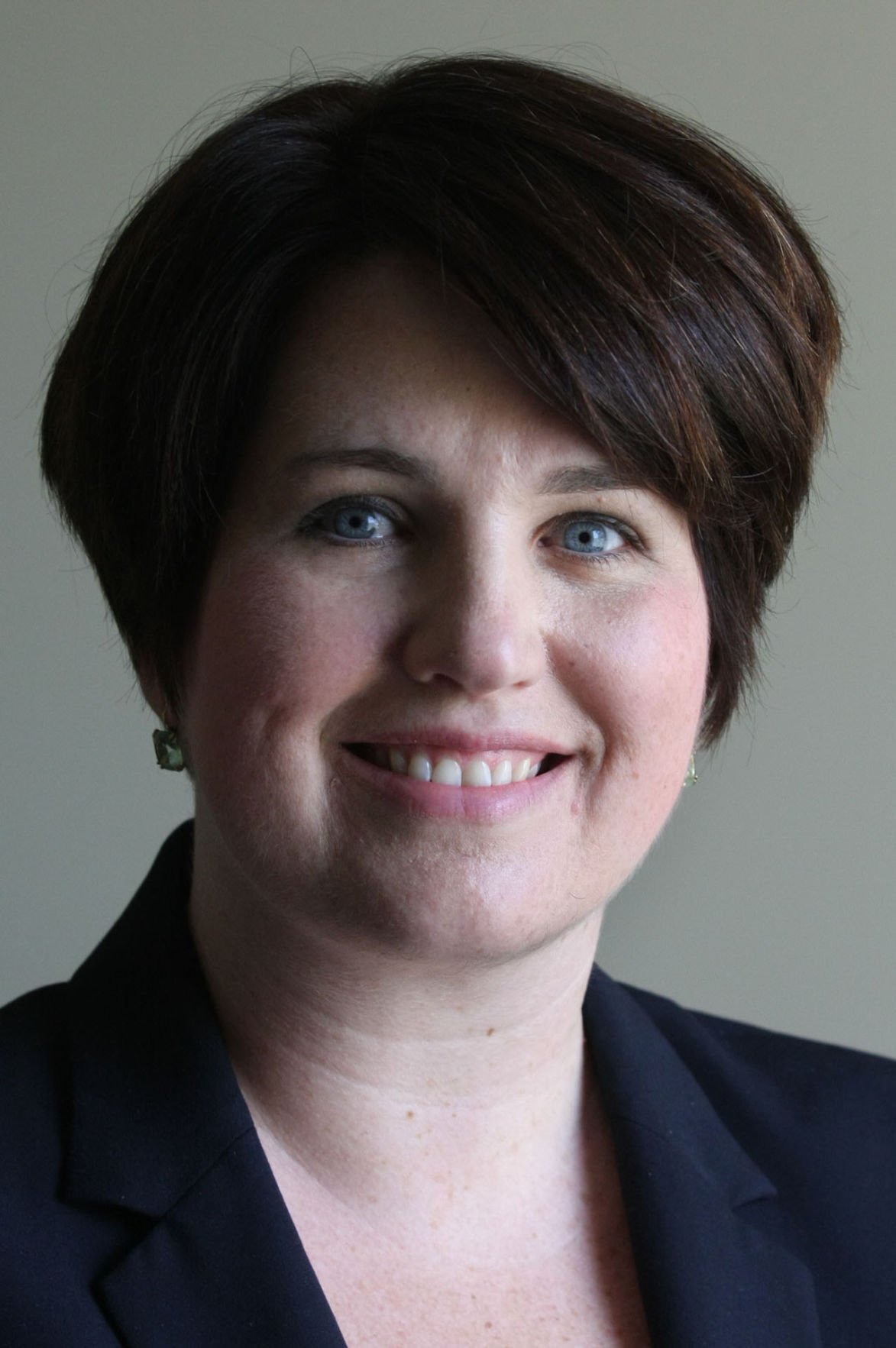 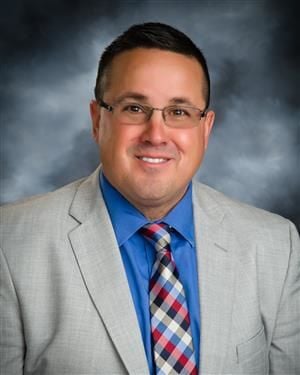