Become a Member
Read Today's E-edition
Share This
Watch now: Why a T. rex, unicorn were at Argenta-Oreana today
0 comments
Share this
{{featured_button_text}}

OREANA – Students arriving at Argenta-Oreana Elementary School on Friday were greeted by a dancing crew consisting of a unicorn, a T-Rex, several bananas, a bunny and more.

The costumes were the brainchild of administrative assistant Crystal Sunderland, who started appearing in costume during morning drop-off after spring break.

“The first day was right before spring break,” Sunderland said. “I was a banana. I was having some winter blues and I thought I'd wear a banana one day just for the heck of it, and all the parents and the kids and the staff, the reception was pretty good.”

While she was on spring break in Florida, she decided to dress up every Friday. She asked her sister to help her locate some costumes and the first one was an inflatable unicorn, which she wore again on Tuesday to celebrate the last day of the school year.

“My sister helped me secure a few more costumes and then the community started reaching out and saying 'Hey, I've got this costume if you want to use it,' and it just kind of snowballed from there,” Sunderland said.

For the last day of the school year, Sunderland's co-workers joined in and she brought all her costumes so everyone would have one, and brought a speaker outside to blast dance music. Parents took photos with cell phones, though several kids scurried inside as if they didn't want to admit they knew the adults in costume.

“The kids are saying 'Just get me out of here,' ” joked Superintendent Damian Jones, who dropped by to watch, but when the staff members urged him to join them, he shook his head. “I don't dance,” he said, laughing.

One student did join in the dance to the Village People's “YMCA” and stayed as long as she could before it was time to get to her class.

“I think it's crazy and fun in a good way,” said Ruby Keathley, a fourth-grader.

“This is just what this year needed,” said Misty Salmons, who works at the school as a cook. The staff is one big family, she said, and during a tough school year in a pandemic, they all pulled together to make it as good as possible.

Preschool teaching assistant Jessica Siroky accompanied some of her students outside to pose for photos with the costumed characters.

“I love what they're doing,” Siroky said. “Miss Crystal's been dressing up as different characters and today's the last day of school so everybody dressed up as characters, and you can't beat it when you're coming to school and you feel happy and the kids are super excited to see them and it just makes their day.”

Watch now: Macon County graduations back, but limited in attendance

Last year's graduates had to do without pomp and circumstance, and even though this year's ceremonies won't be quite normal, students will get to celebrate their milestone.

East-central Illinois school districts have an even greater difficulty filling teaching positions than the statewide average, according to a new study from a regional superintendents group.

Cleaning and disinfecting are crucial during the COVID-19 pandemic, and school custodians are the front-line defense against infection.

Periodically, a fascinating development occurs in agriculture that irks some folks, overjoys others, and has the potential of providing an historical precedent. And one of those events just might, just might, be occurring. 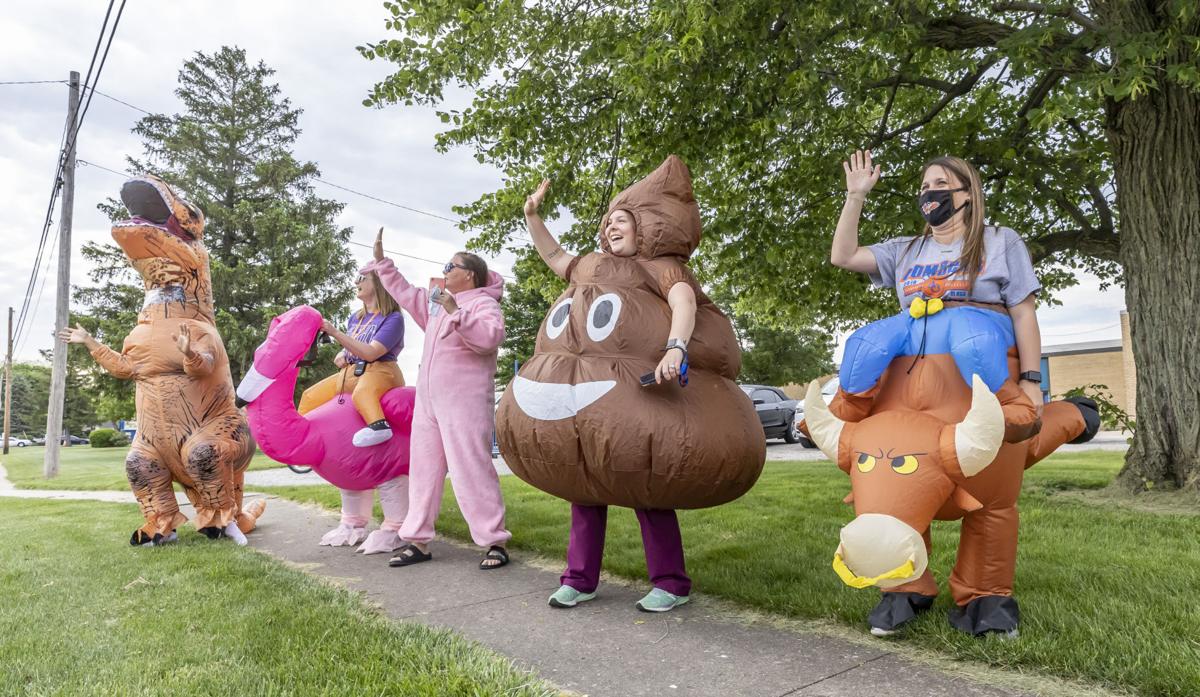 Argenta-Oreana Elementary School faculty and staff including Principal Amanda Ryder, far right, welcome students on the last day of school on Tuesday. See a video with this story at herald-review.com. 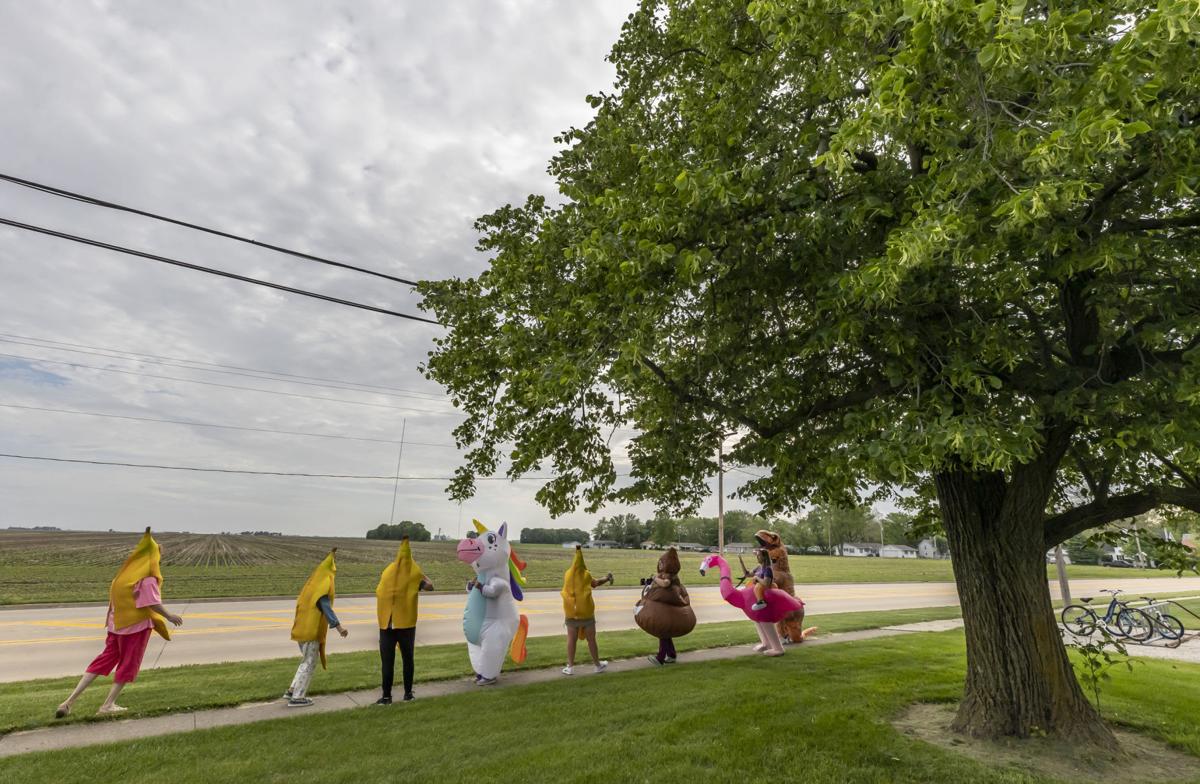 Costumed staffers wait for students at Argenta-Oreana Elementary School on Tuesday. It was the last day of the academic year. 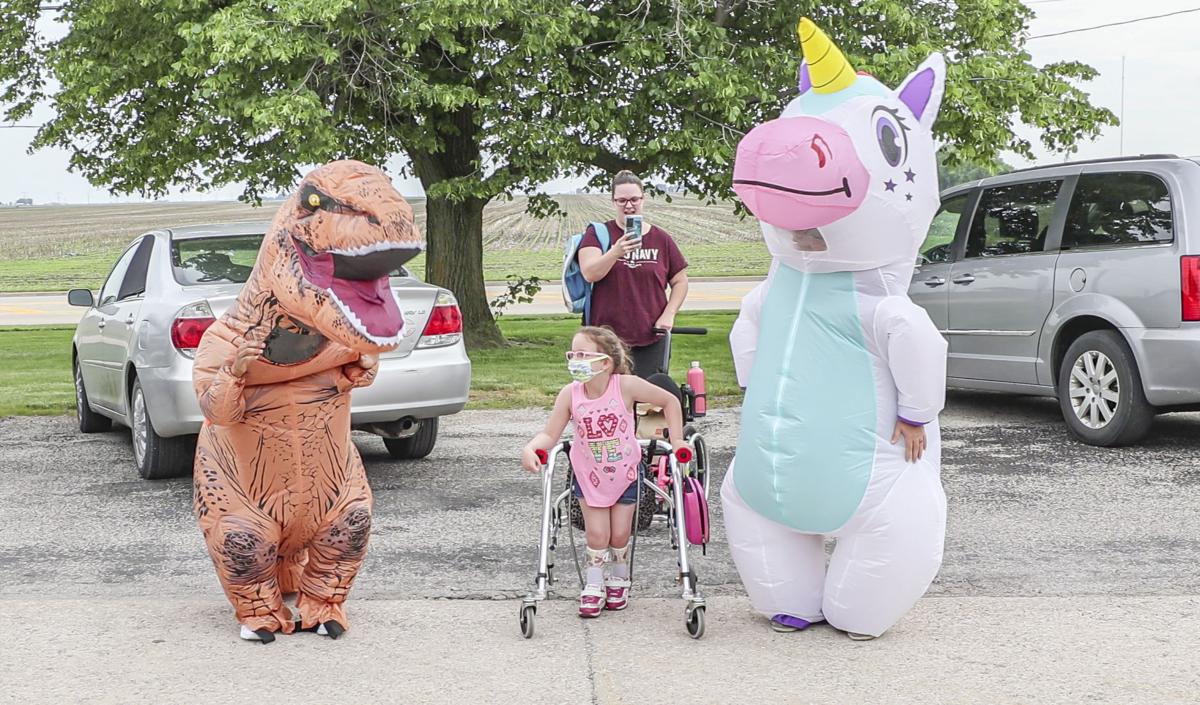 Argenta-Oreana first-grader Emma Six is welcomed on the last day of school by Michelle Lacox, left, and Crystal Sunderland.