ELWIN — ZIP code 62532 appears in blue numerals on the front of the Elwin post office, a shack-like structure on South Taylor Road with 52 neat P.O. boxes behind a worn front door.

Even though the tiny space — the public area is maybe the size of a freight elevator — is open from 7:15 to 11 a.m. weekdays, it's an important linchpin in this unincorporated Macon County area south of Decatur.

“I think they really, really appreciate it,” said 40-year resident Kathy Isome. “There’s just something about having a small town post office.”

Here, between picking up stamps and retrieving letters, neighbors interact, swap gossip and share needs. More than that, a post office symbolized a status, literally marking a place as a community, even if the modest buildings are only a few hundred square feet.

“Sometimes you see different neighbors and meet people here," said Jerry Blackwell as he stood at the Boody post office off state Route 148.

He visits the A-frame brick building every afternoon, often bringing his 4-year-old Corgi-Beagle mix Cody. They both like socializing. The clerk has dog treats.

“I just whisper the words ‘post office’ and he’s up and at ‘em,” he said, as the dog scampered around the lobby.

The power of the post office translates to Blackwell, too. He’s lived here for 14 years, and even though Boody has only about 300 residents, Blackwell still somehow finds strangers.

“Sometimes you see different neighbors and meet people here," he said. "A lot of people I still don’t know in Boody. No matter if it’s a small town or not, you don’t know everybody. I don’t.”

Outposts like the Elwin and Boody offices are the backbone of the U.S. Postal Service, which has a daunting 204,274 delivery vehicles and 633,000 employees, according to the latest annual report submitted to Congress last month.

Overall, the Post Service has about 31,000 post offices handling 471 million pieces of mail, but has faced decades of budget issues as more billing and correspondence goes digital.

A decade ago, and with the Postal Service facing a $7 billion deficit, a plan to shutter 1,000 post offices and 153 mail-processing centers unleashed strong opposition from rural areas, as well as officials worried about the impact on mail-in ballots. Ending Saturday delivery was on the table at one point. Eventually, the plan was scaled back and reduced hours were put into place.

In Lawndale, with a population of about 150 in Logan County, the community has one residential address and 40 P.O. Box addresses. Operations are housed in modular building. Here, hours of operation are crunched even tighter, being open only for the early birds between 6:15 and 8:15 a.m.

Kimberley Caldwell-Harvey, a spokeswoman for the Postal Service district that includes Central Illinois, said they changed hours to match demand and based on and meetings surveys.

"There are several retail locations within a 5- to 10-mile radius of one another that have staggered times of operations to accommodate neighboring communities providing them retail services,” she said.

In Logan County, the 200 or so residents of Beason about 30 miles northwest of Decatur have a four-hour window to purchase stamps or ship a package during weekdays and two hours on Saturdays.

The red-brick structure on Broadway is overseen by Lincoln and there is one mail route, leaving many to collect their mail at the main office.

Jodie Duncan retired as postmaster in 2015 after working for the United States Postal Service for over two decades.

“It was the place where people would come in and gather and talk,” Duncan said. “Communication is not as big of an issue as it was before. They needed letters to get in contact with people across town or across states.”

Duncan remembers when other offices in rural farm towns were getting hours condensed. She reasoned that reduced hours were better than closing completely. In her case, she was left with two options: retire or leave Beason. Luckily, Duncan had enough time with the USPS to retire.

“When (post offices) get downsized, it takes something away from the community," she said.

Said Duncan: “In most smaller towns, the customers are usually older people who use that stamp, still mail out Christmas cards.”

Deb Harrison grew up in Beason and moved to Bloomington after graduating from Illinois State University in the late 1970s. She comes back often to visit her parents or pick up mail and calls the post office “the focal point of the town."

“I think it’s sad that the town is dwindling,” she said, thinking about the town’s grocery store, restaurant and a couple of gas stations. “At least they have their post office to depend on.”

The agency continues to have staggering pension debts and is adjusting after Amazon, which for years represented a sizable part of its business, began delivering products itself.

“Revenues continue to be pressured by the ongoing erosion of mail volumes. Because mail services account for nearly 63 percent of our revenues, this ongoing decline puts significant financial strain on the organization,” the annual report said.

Caldwell-Harvey, the Postal Service spokeswoman, said closures are "extremely rare" and none locally have shut down in the past 20 years.

"The Postal Service has kept the nation's smallest post offices open for business, while providing a framework to achieve significant cost savings as part of our plan to retain the organization's financial stability," Caldwell-Harvey said.

There’s also a practical reason: Mail delivery isn’t offered in some areas, which means people have to come to a central place.

In Harristown, a community of about 1,300, for example, mail is delivered south of Route 36, but not north. Still, even though long-time resident Audrey Lyons has home delivery, once a week she pops into the single-story postal building on Meridian Street, where a bulletin board with news and upcoming community events hangs.

“You do meet your neighbors in here, so you visit with them for a little bit,” Lyons said.

Although Lyons has lived in Harristown for over 40 years, she says the post office is a place where "you get to know people that you haven’t run into before."

There are other benefits to more modest buildings, Isome said. When she moved to Elwin, the post office was in the dining room of a home, she said. Today, the building is bigger, but not too big enough to have long wait times like in larger post offices, she said.

Family ever after: Decatur woman adopts 5 grandchildren after more than three years in legal process

“There’s people that live outside this area,” she said, “that come here because they don’t have to wait in line.”

Duncan, the retired postmaster, said the personal touch is a big part of why post offices are so important to communities. She recalled how the school bus would drop kids off and they would run inside for candy.

It would brighten her day, she said, and the building was more than a post office.

“We go beyond and above what our duties are,” she said, “especially if we’re part of the community.” 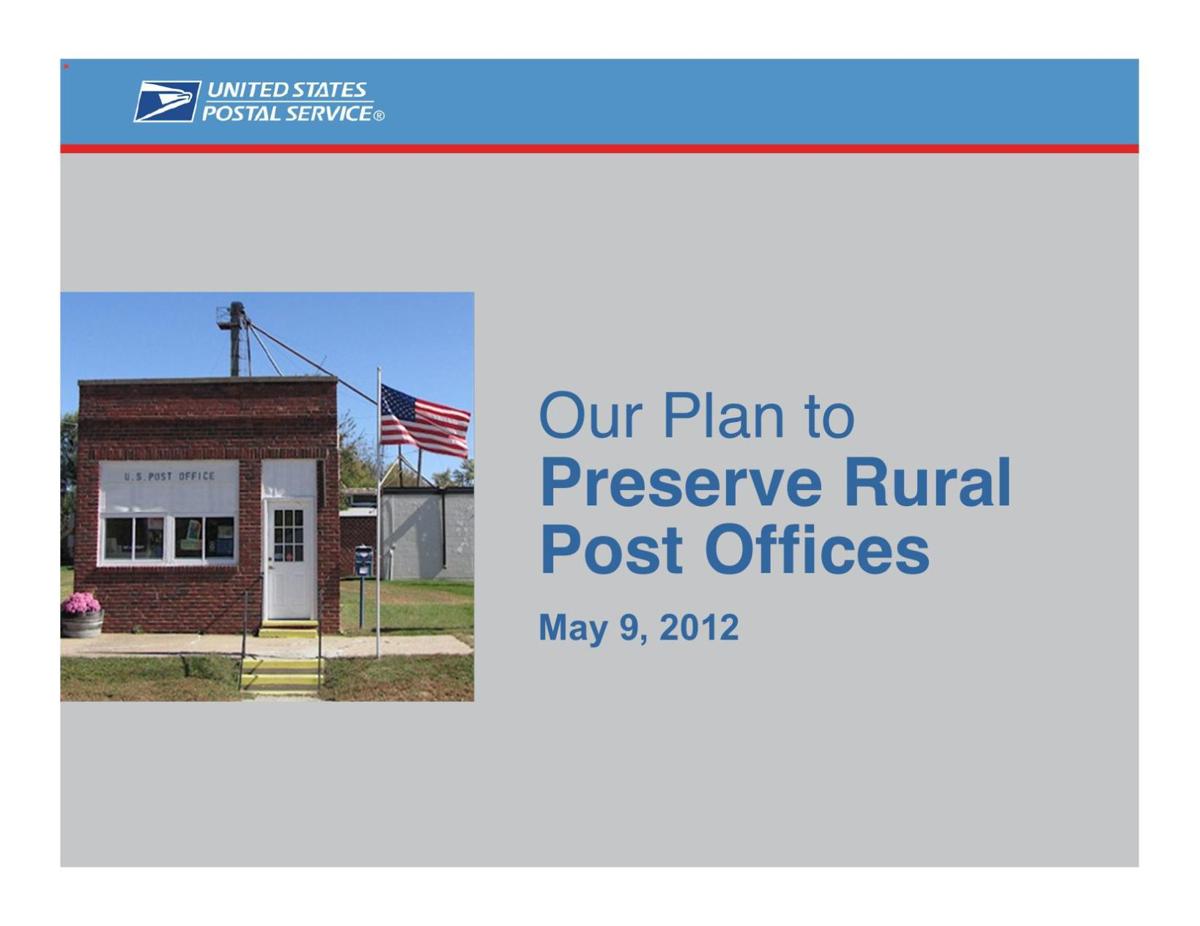 Ever played pickleball? The third annual Decatur tournament, held this weekend, shows the unique sport is growing in popularity.

A dense fog advisory will be in place until noon in Macon County, the National Weather Service at Lincoln said. 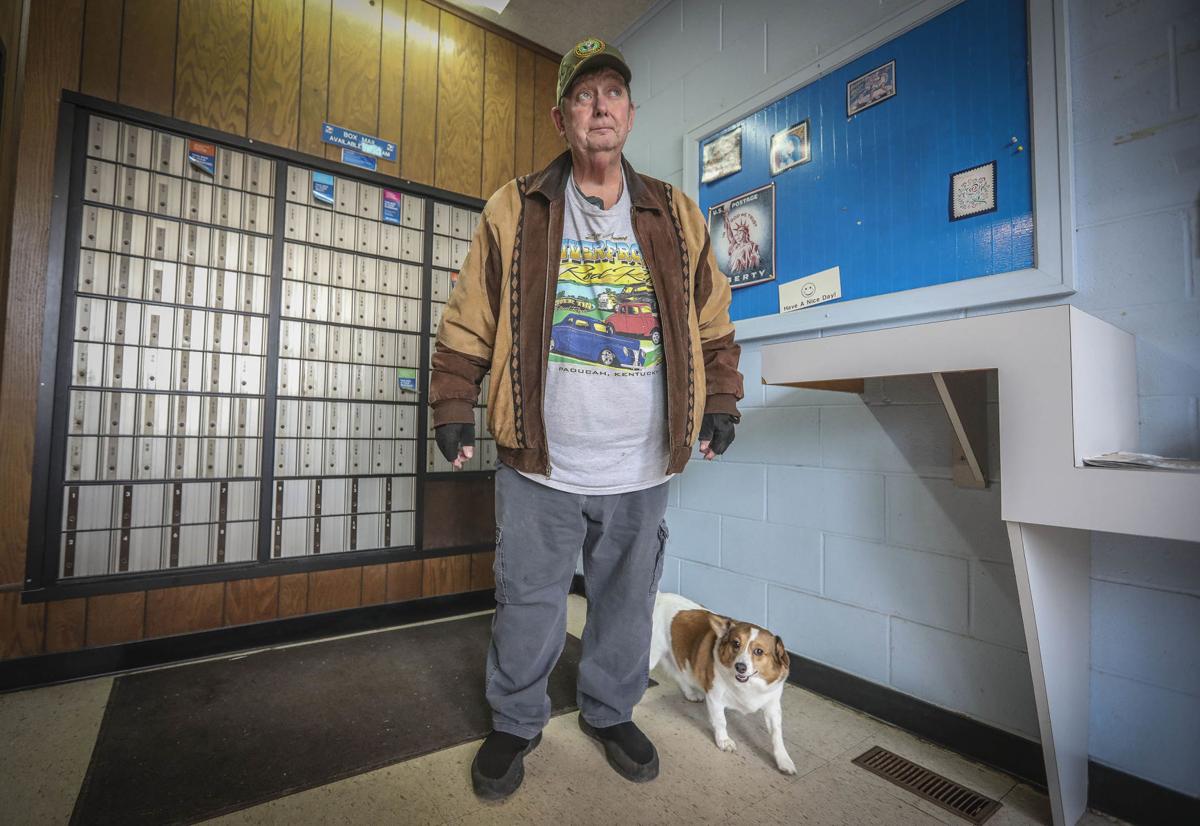 Jerry Blackwell and his 4-year-old dog Cody are shown at the Boody Post Office, one of more than 31,000 operated by the Postal Service. Rural post offices often serve as de facto community centers for residents. 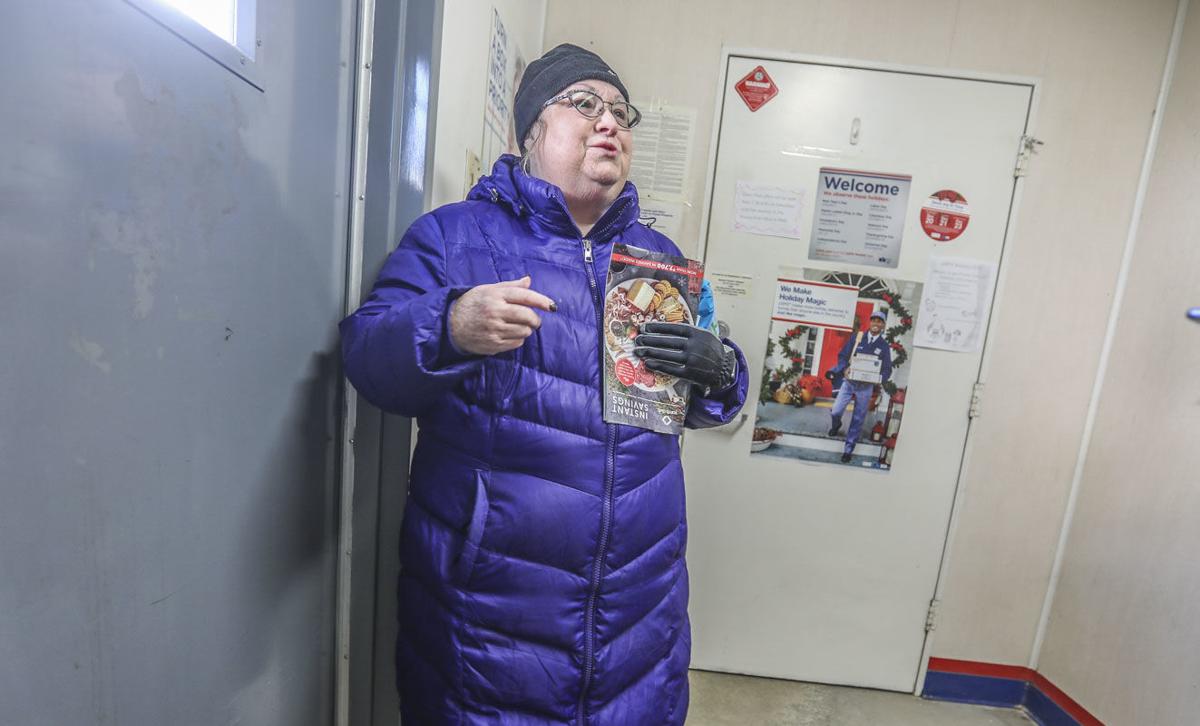 Kathy Isome is shown at the Elwin post office. She catches up with residents in the tiny building, which has 52 post office boxes. 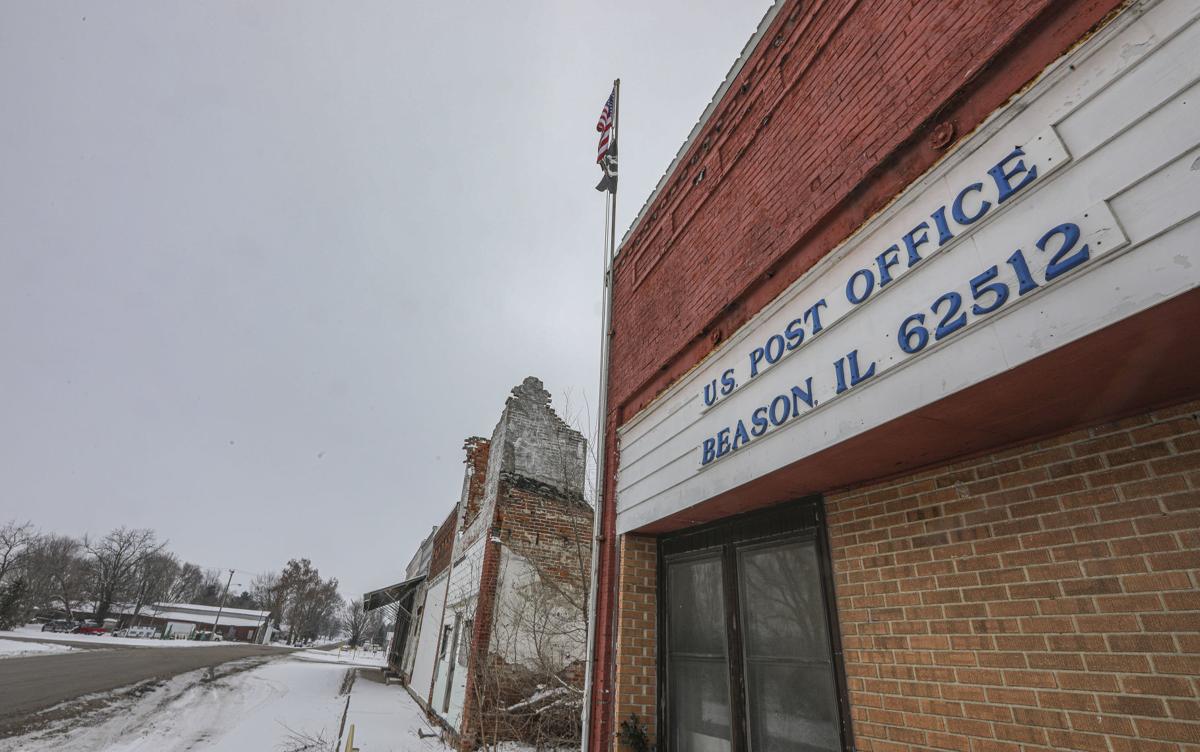 The post office in Beason, Illinois, sits next to a crumbling brick building on Broadway Street. The village has around 200 people and the post office has one mail route. 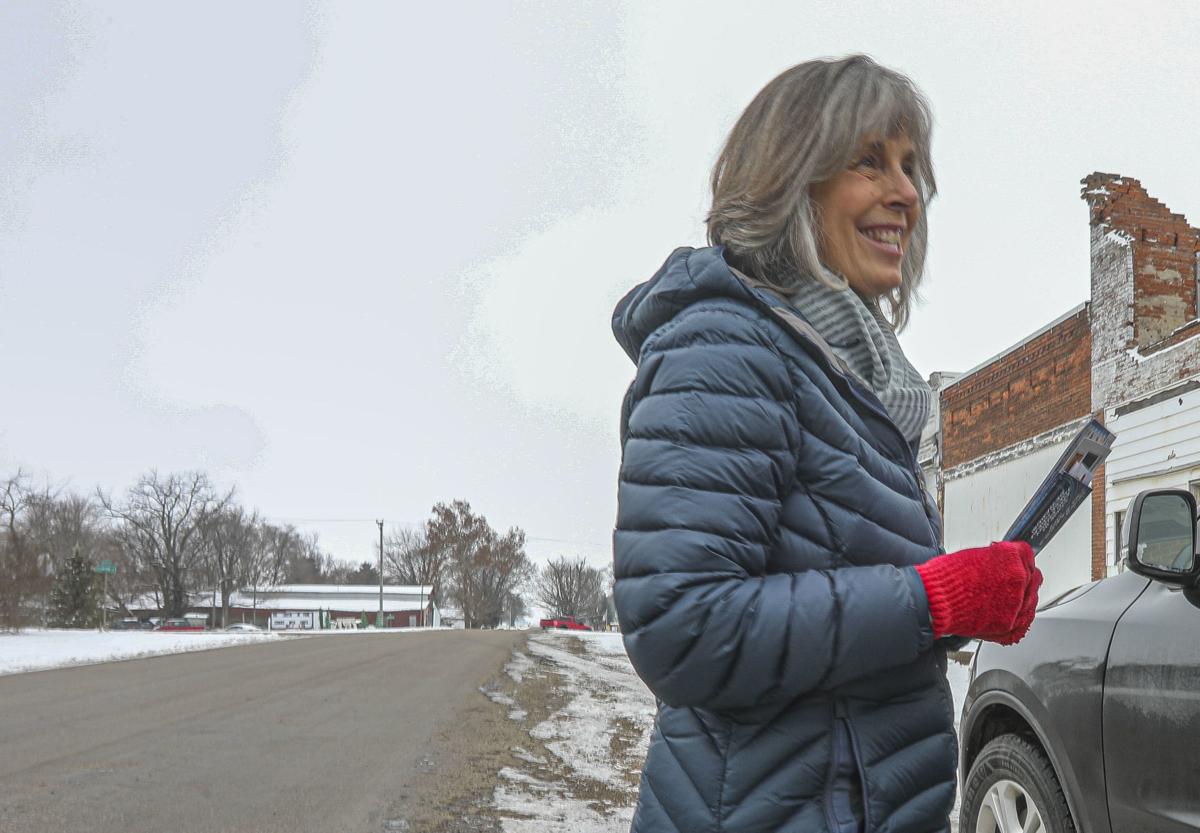 Deb Harrison visits the post office in Beason to collect her parents' mail. “I think it’s sad that the town is dwindling,” she said. “At least they have their post office to depend on.” 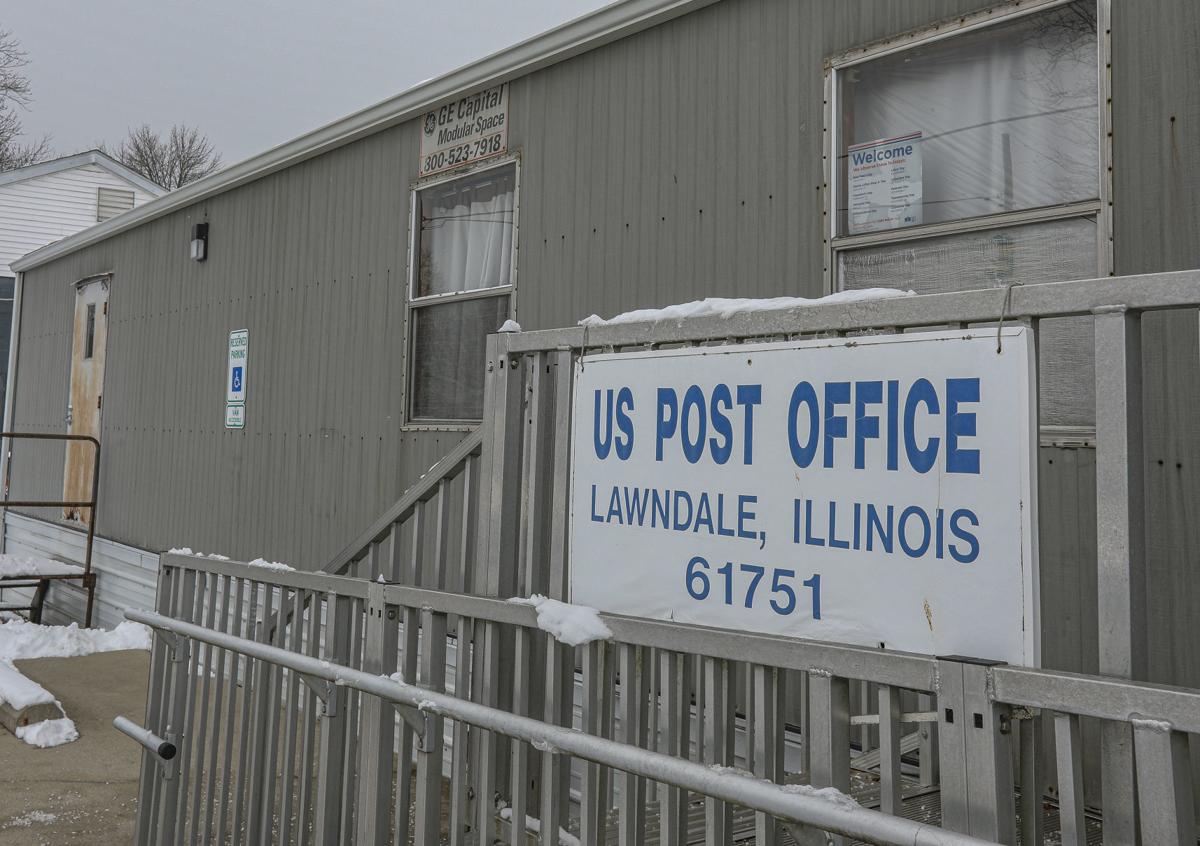 The post office in Lawndale is run out of a mobile home. The population is about 150. 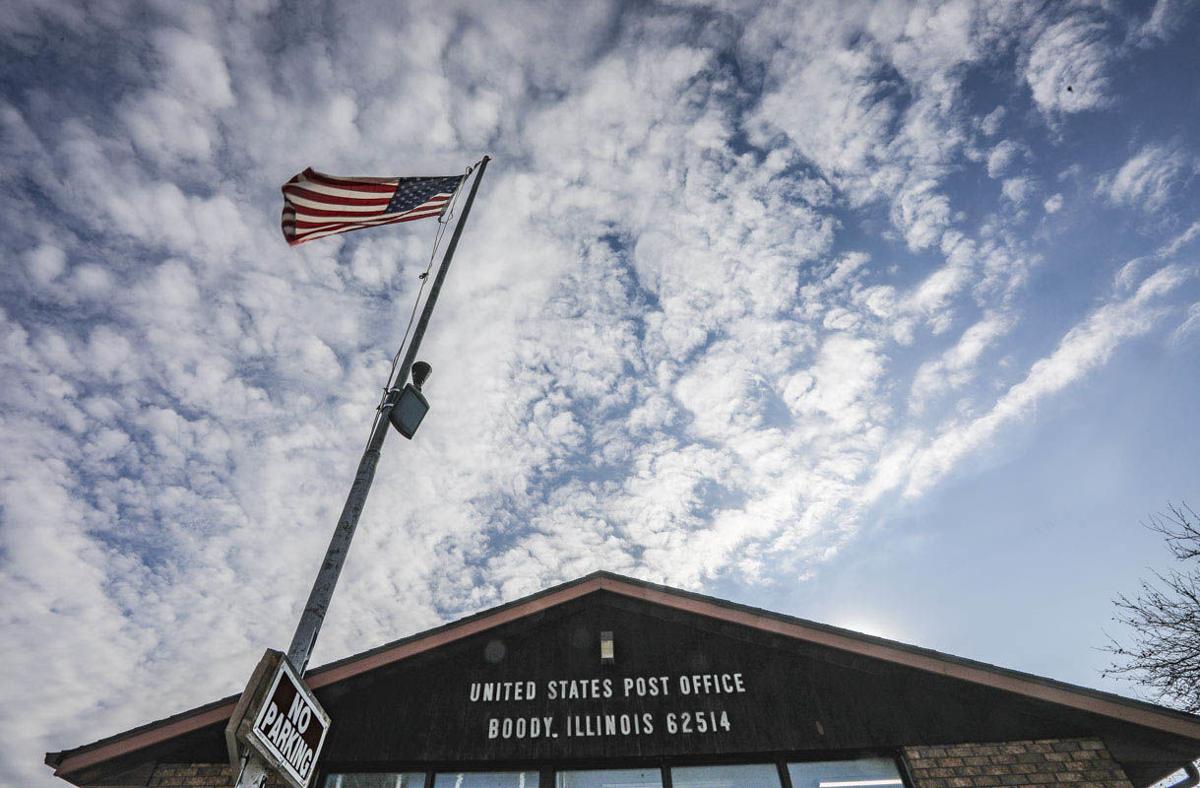 The American flag flies over the Boody post office. Rural post offices play a crucial role in many communities. 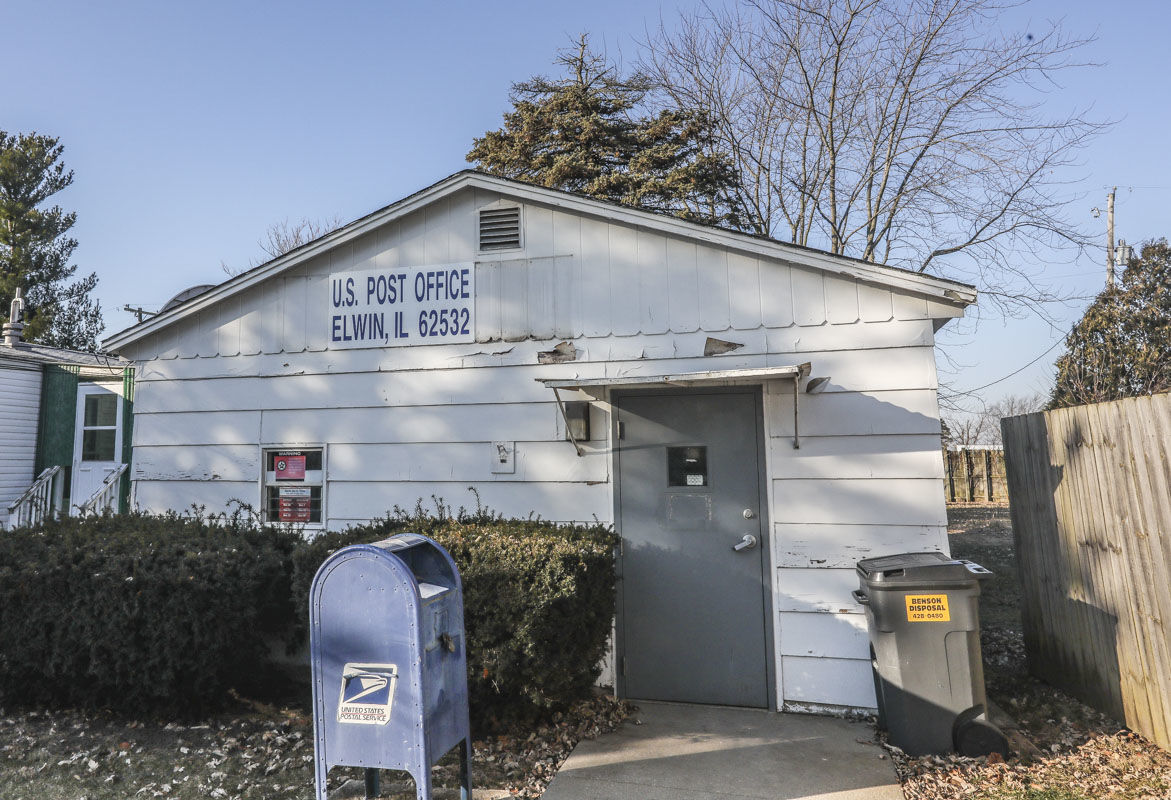 The post office in Elwin is overseen by the Decatur post office and operates between 7:15 and 11:15 a.m.