SPRINGFIELD – Some provisions that advocates for recreational marijuana legalization have said are the most important facets of their bill faced the stiffest questions at a legislative hearing Wednesday.

“Throughout all of the work we’ve been doing, there’s been three real themes that have arisen on why we should be doing this,” said state Sen. Heather Steans, Senate Bill 7’s sponsor. “We want public safety, particularly for our kids; we want social justice; and we want, by getting our policy right, additional revenue for the state.”

But, at an Illinois Senate Executive Committee hearing, Steans, D-Chicago, and fellow legalization supporters faced questions about expungement measures in the current bill, public health effects of legalization and normalization of marijuana, and where the revenues resulting from legalization will be distributed.

State Sen. Dale Righter, a Mattoon Republican, questioned why the expungement provision applies to people who faced charges for possessing up to 500 grams of marijuana when the current legislation allows for possession of up to only 30 grams.

Mitchell said that amount was chosen because companies would be manufacturing that much cannabis with intent to deliver while some were sitting in jail for the same offense.

“I think the idea here is that those who are convicted of these offenses should not suffer the lifelong consequences of having this criminal record,” he said.

Republican Sen. Jason Barickman, of Bloomington, said he was interested in coming to an agreement on cannabis legalization. But he said he preferred an expungement process that is initiated by a blanket pardon by the governor, rather than passed by the Legislature with the onus on the Illinois State Police to identify individuals eligible for expungement.

Mitchell and Barickman disagreed as to whether a criminal record would be expunged as a result of a governor’s pardon, however.

“So I think the goal here, senator, is to minimize collateral consequences, that being the effect on access to housing, employment, education, etc.,” Mitchell said. “And the fact that a criminal record could still exist after a pardon by the governor was why the expungement process which we’ve used for juveniles and others in the past was a thought as to the most efficient way to do this.”

Steans said revenue resulting from legalization is expected to reach $500 million annually when the program is fully matured, but fiscal year 2020 revenue estimates would be closer to $56 million – far less than the $170 million in Pritzker’s January budget proposal. In FY 2021, estimates are for about $140 million.

According to the bill, 35 percent of legalized cannabis revenue would go to the general revenue fund; 25 percent to a “Restoring Our Communities Fund” to pay for community reinvestment projects in low-income and high-crime communities; 20 percent to a fund to support mental health and substance abuse services at local health departments; 10 percent to the Budget Stabilization Fund to pay the backlog of unpaid bills; 8 percent to the Illinois Law Enforcement Training and Standards Board to establish a law enforcement grant program; and 2 percent to the Drug Treatment Fund to pay for public education and awareness.

Currently, communities qualifying for Restoring Our Communities funding have not been specifically identified. Upon questioning, Mitchell said a list of such communities was being compiled.

Several opponents testified against legalization, pointing to public health consequences such as increases in driving under the influence and normalization leading to increased use. Some said legalization will send the message to youth that marijuana use is OK.

Hutchinson said legalization advocates understand there are health consequences resulting from marijuana use. But she said marijuana use is already normalized in movies and television that young people consume every day.

Hutchinson said “a pretty sturdy public health campaign” which is part of the bill would better promote accurate information on the health impacts of marijuana than is currently available.

Opponents, however, questioned if the 20 percent of the revenue share is enough for an effective campaign.

Mitchell Davis, police chief of Hazel Crest and second vice president of the Illinois Association of Chiefs of Police, said marijuana-related driving arrests present challenges for officers, as does the allowance of five home grown plants.

“It’s impossible for us to regulate that,” he said. “Home grows take away any controls that you are putting in place for the legal purchase of cannabis.”

Davis said this “opens the door for cartels” and makes it more accessible to minors, even with the specified safety measures in the bill.

Jay Shattuck, representing the Illinois Chamber of Commerce, said the bill should include language protecting employers wishing to enforce marijuana use guidelines such as zero-tolerance policies.

“These are common policies used by employers, especially in safety-sensitive industries such as construction and manufacturing,” Shattuck said. “Employers seek clarity and predictability that enforcing their policies in a non-discriminatory fashion will not place them in jeopardy of litigation”

Projected fees, in dollars, in Gov. J.B. Pritzker's budget that would come from legalizing pot

Revenue estimate as of this month

Percentage of revenue that would go to general fund

Gov. J.B. Pritzker paid for $50,000 DCFS director search out of his own pocket

CHICAGO — Before he took the oath of office in January, Gov. J.B. Pritzker was paying out of his own pocket for a national search to find the …

OK to smoke, not to grow? Illinois and other states wrestle with homegrown pot

SPRINGFIELD — Illinois lawmakers working to legalize recreational marijuana have hit a potential snag that other states have wrestled with: wh… 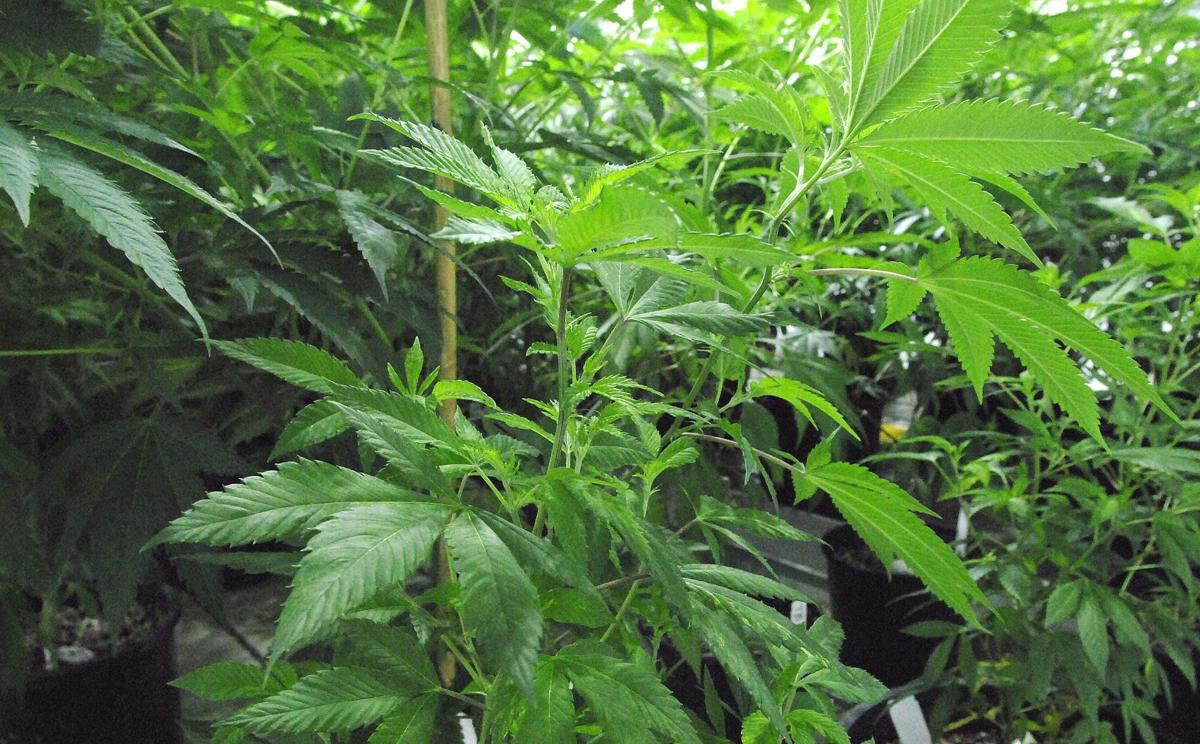 Marijuana grows inside a Revolution Enterprises marijuana cultivation center in Delavan in February. Several opponents testified against legalization at a hearing in Springfield on Wednesday. 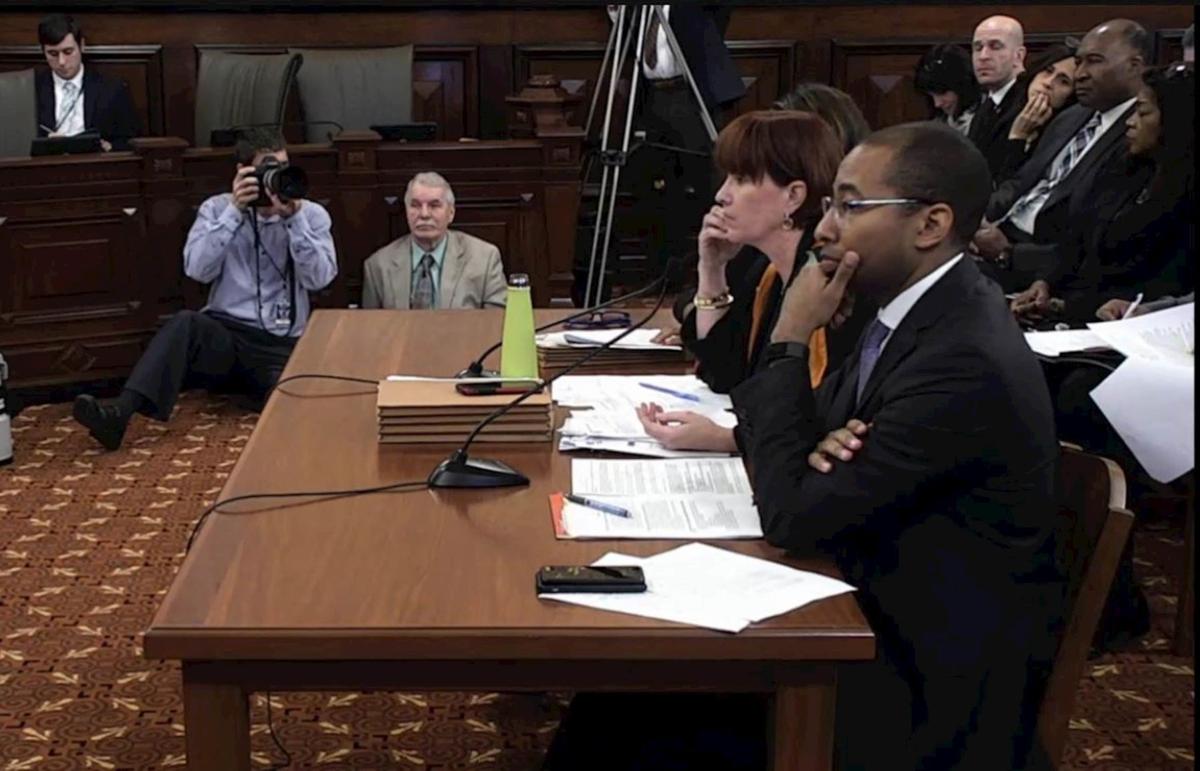 Sen. Heather Steans, D-Chicago, and Deputy Gov. Christian Mitchell testify during a Senate Executive Committee hearing Wednesday at the Capitol in Springfield to discuss a bill that would legalize recreational marijuana in Illinois. 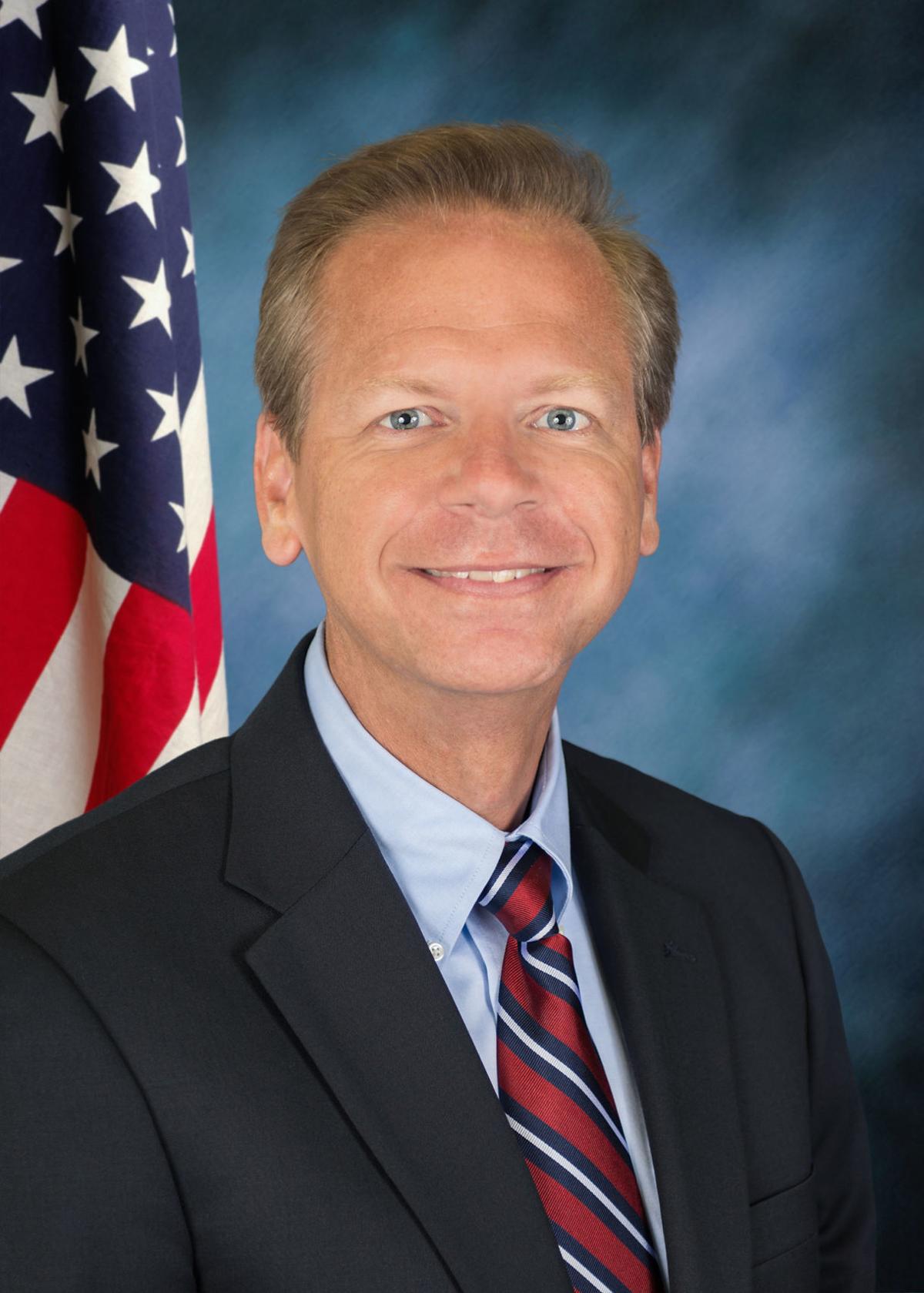