DECATUR — When assessing the facility needs of his department, Decatur Fire Chief Jeff Abbott said the goal has always been to reduce response times.

The area south and east of Lake Decatur, serviced by Fire Station 7, a Decatur Park District-owned facility on the grounds of Decatur Airport, has long had one of the worst response times in the city.

It's long been known, with Abbott saying that he recently found a 1967 memo from the then-fire chief to the then-city manager advocating for a new Fire Station 7 somewhere along U.S. Route 36.

More than 50 years later, that recommendation will soon be reality as the Decatur City Council voted Monday to approve the construction of a new fire station to be located on Chestnut Avenue just south of U.S. 36.

With the unanimous vote, the city entered into a $3.11 million contract with Bloomington-based Felmley-Dickerson Co. for construction of the new facility.

"The airport location has been a bad location for 50-some years for fire protection for people on the east side of Decatur," Abbott said. "This (new) location, I think, is going to be one of the biggest improvements for fire response."

The current station house is based on the southwest corner of the airport and is shared by the park district, which runs its own fire operations for the airport out of the facility. But, the city has determined that the facility does not suit its future needs, both from a space and location perspective.

The project is one portion of a larger $8.6 million project to build three new stations and renovate four existing facilities. Funding comes from bonds, which will be paid back to the cost of about $600,000 a year for the next 20 years. The city also plans to use about $350,000 in federal COVID-19 relief funds to cover cost overruns associated with the project.

A new, $2.7 million Fire Station 5 opened on West Mound Road in 2020. Construction on new Fire Station 3, located in Fairview Plaza, is near completion, with the facility expected to open later this month, Abbott wrote in a memo to council members.

Felmley-Dickerson has performed all the construction and renovation work on the stations with the exception of Fire Station 5.

City manager Scot Wrighton said "that for all intents and purposes," the new Fire Station 7 is "a carbon copy of Fire Station 3."

Before entering into the contract to construct the facility, the council approved a necessary zoning change to allow it to move forward.

Specifically, the council granted a conditional use permit allowing the station to be built on a residentially-zoned property.

"It has had lots of public input public review because it went to the planning commission twice," Wrighton said. "But I think this is an appropriate place for this rezoning because it's on a triangle of land that, if it was cleared for some other reason, likely wouldn't be used for residential right there at the corner of 36th street and (U.S. Route 36)."

The proposed two-bay, one-story building will have a floor area of about 7,700 square feet, two driveway approaches (one for fire trucks and one for visitor and staff parking) and 10 parking spaces.

In related news, the council approved a $1.4 million contract with Appleton, Wisconsin-based Pierce Manufacturing for two new fire engines.
The new equipment will replace two 20-year-old firefighting apparatuses. They will each have 500-gallon water tanks and 2,000-gallon-per-minute pumps.
The ordinance grants the city to pay for the new engines using bonds not to exceed 4 percent interest.

Watch now: Listen to the Hog Calling Contest at the Illinois State Fair

The Decatur City Council voted Monday to approve the construction of a new fire station to be located on Chestnut Avenue just south of U.S. 36.

Video shows scene outside of elementary school shooting in Texas 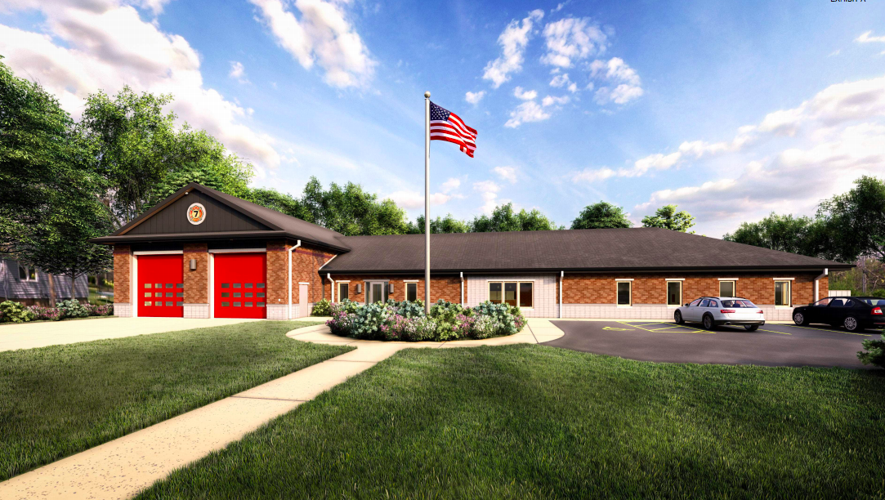 A rendering of the proposed Fire Station 7, which will be located along Chestnut Street near U.S. Route 36. 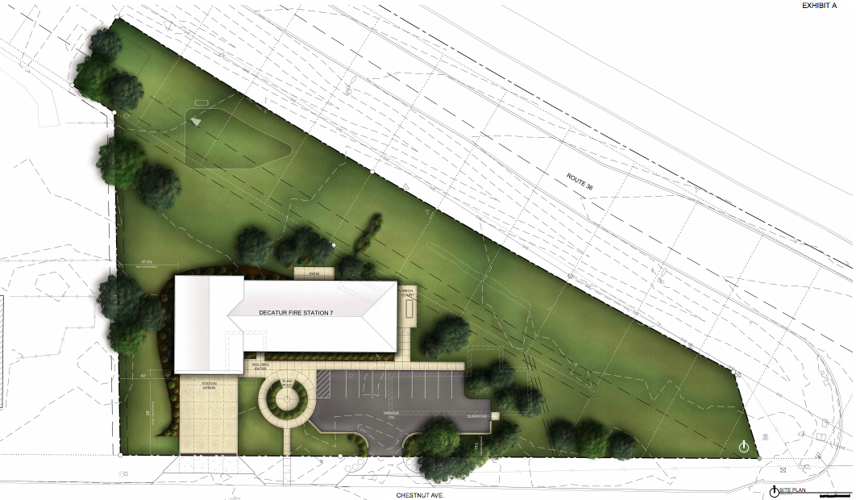 An aerial of where the new Fire Station 7 will be located in relation to Chestnut Street and U.S. Route 36.