DECATUR — Public comments at Decatur City Council meetings would no longer be allowed during discussion of individual agenda items under policy changes being considered Monday.

City Manager Scot Wrighton, in a memo accompanying the proposed new policy, said changes were designed to make meetings more efficient, encourage opinions from all sides, prevent audience members from intimidating others and discourage "a hostile or toxic environment" at meetings.

The council would continue to allow a 30-minute time period at the beginning of meetings for residents to speak, with each person limited to three minutes. Residents would also be able to address the council during study sessions, when members engage in longer discussions on a topic and do not take binding action.

Instead of commenting during the discussion of agenda items, residents would be able to submit comments to the council in writing ahead of the meeting. People who have submitted documents could be asked to speak by the city manager or a majority of council members.

Also under the proposed new policy language, council members and city staff would be given an opportunity to respond after public comments have been made. Residents would not have an opportunity for rebuttal.

Current policy does not allow the council or city staff to respond to public comments.

The new policy language also dictates that remarks "must be made with decorum and civility," and empowers the mayor to intervene if that isn't the case.

"While the City Council wants to hear public comment from all sides of an issue," the policy says, "in order to maintain civility, the Mayor or Acting Mayor may interrupt or call out-of-order speakers who are profane, make verbal or physical threats, shout, or engage in crude and/or distasteful personal attacks."

The policy changes come at a time when the council has faced intense criticism from some speakers over its 6-1 Sept. 30 vote against allowing recreational cannabis sales in Decatur. Some in recent months have alleged that the council was inappropriately influenced by former Macon County Sheriff Howard Buffett, who has given tens of millions of dollars to area causes, including a $60 million drug treatment and social services campus. Buffett's private foundation in December also donated funding for a police officer position devoted to catching people driving under the influence of alcohol and drugs.

Council members have denied that they were unduly influenced by Buffett, who had opposed the legalization of recreational cannabis, but did not publicly address the council on the subject. Instead, several members said their votes were based on perspectives shared by law enforcement and medical professionals.

The policy changes up for a vote on Monday also include changes to language about public contracts, as well as the city's sale and purchase of land.

Wrighton said the former measure incorporates legal guidance from the state, while the latter reflects a policy position that the council should approve all of the city's sales or purchases of real estate, no matter their size. 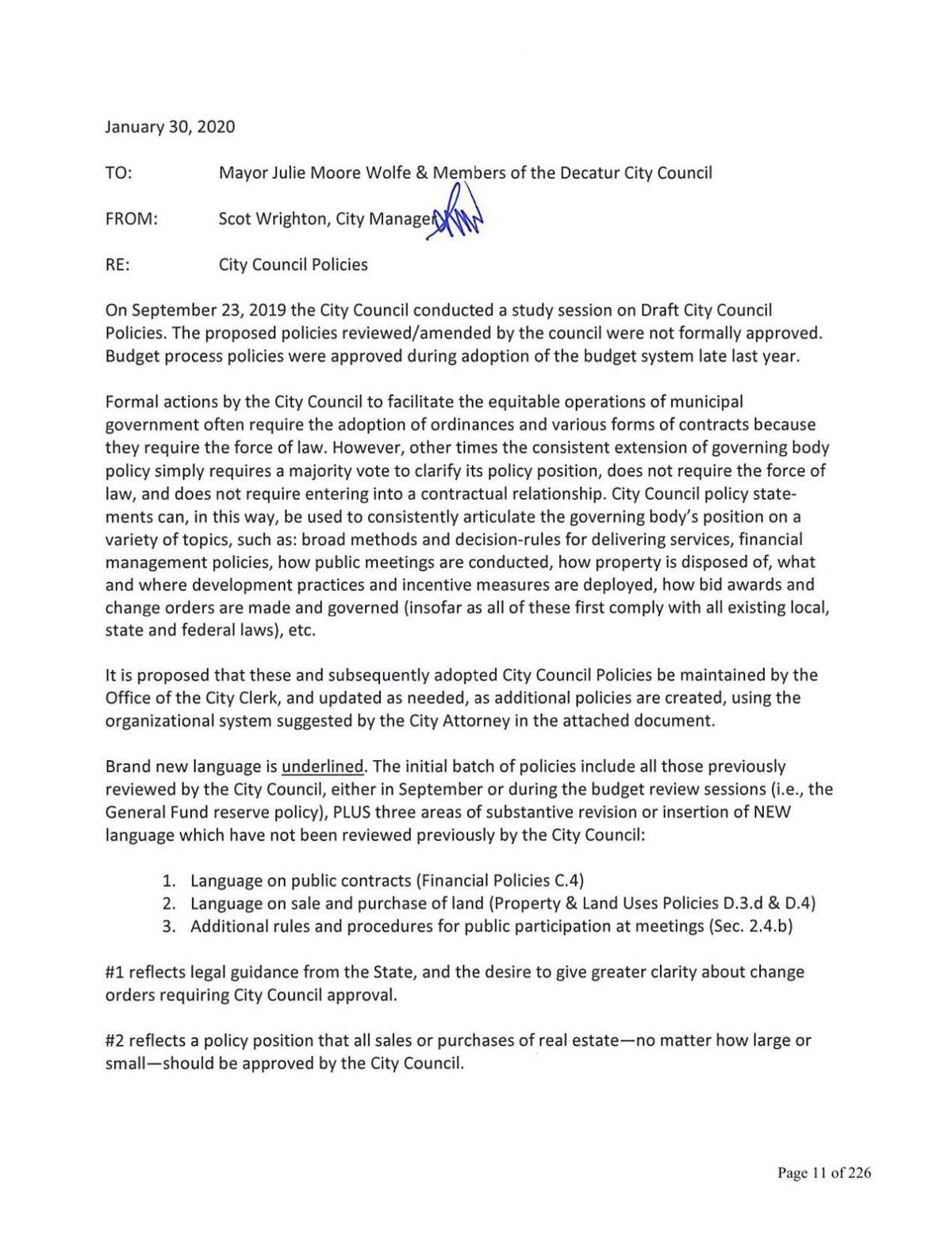 Read the council's proposed new policies with this story at herald-review.com.

How will Decatur-area employers handle workers who smoke marijuana? A look at the legal issues surrounding cannabis.

Despite long lines at dispensaries and product shortages, there’s one major aspect of Illinois legalizing recreational pot this month that remains hazy.

Got parking tickets? The city of Decatur is now offering an amnesty program

The city of Decatur is now offering an amnesty program for people with parking tickets, allowing them to pay their tickets without facing late fees and penalties. Here's how it works >>>

Customers spent tens of millions of dollars on recreational cannabis last month in Illinois, and operators say they don’t expect sales to slow down any time soon. More details:

The Decatur City Council tonight will discuss potential changes to its public comment policy. Here's a review of what is allowed now and what would change under the new rules:

Public comments from residents will now be limited to the beginning of Decatur City Council meetings following a vote Monday, a move that sharply divided both community members in attendance and those on the elected board. Dozens spoke.