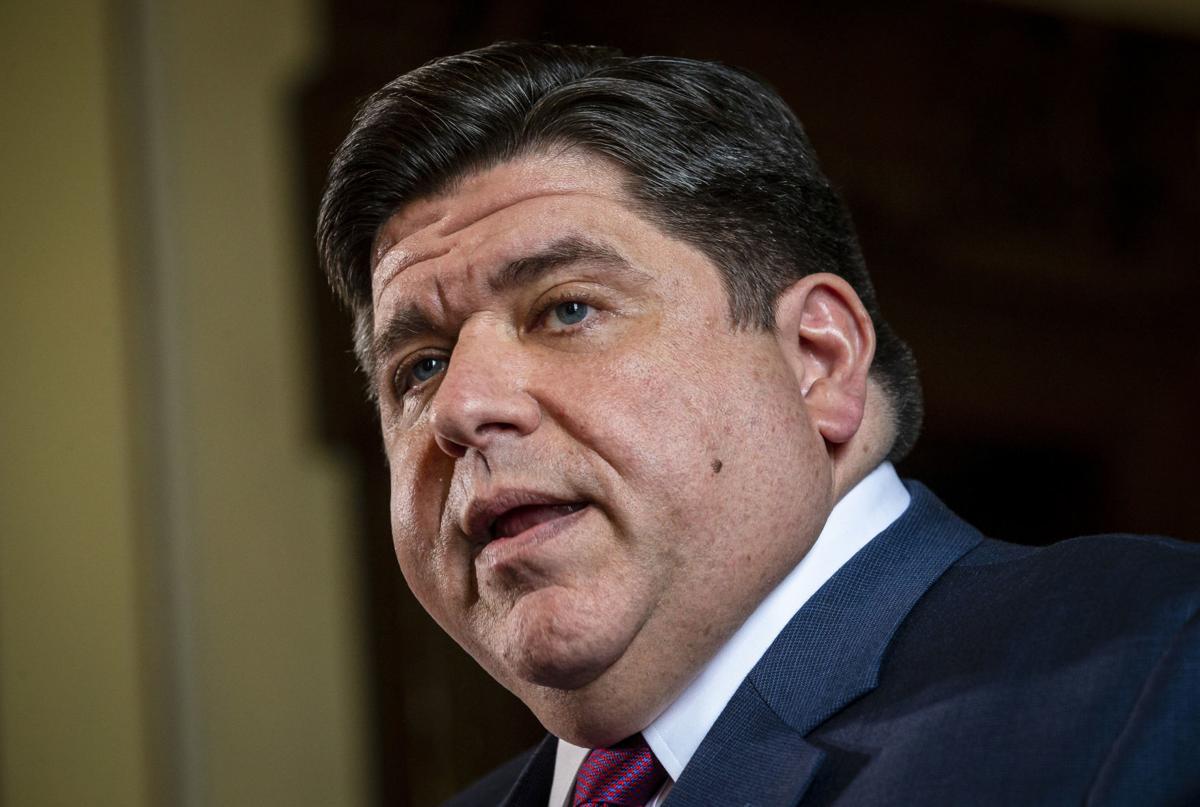 Gov. J.B. Pritzker speaks during a press conference in the governor's office at the Illinois State Capitol on March 7 in Springfield. 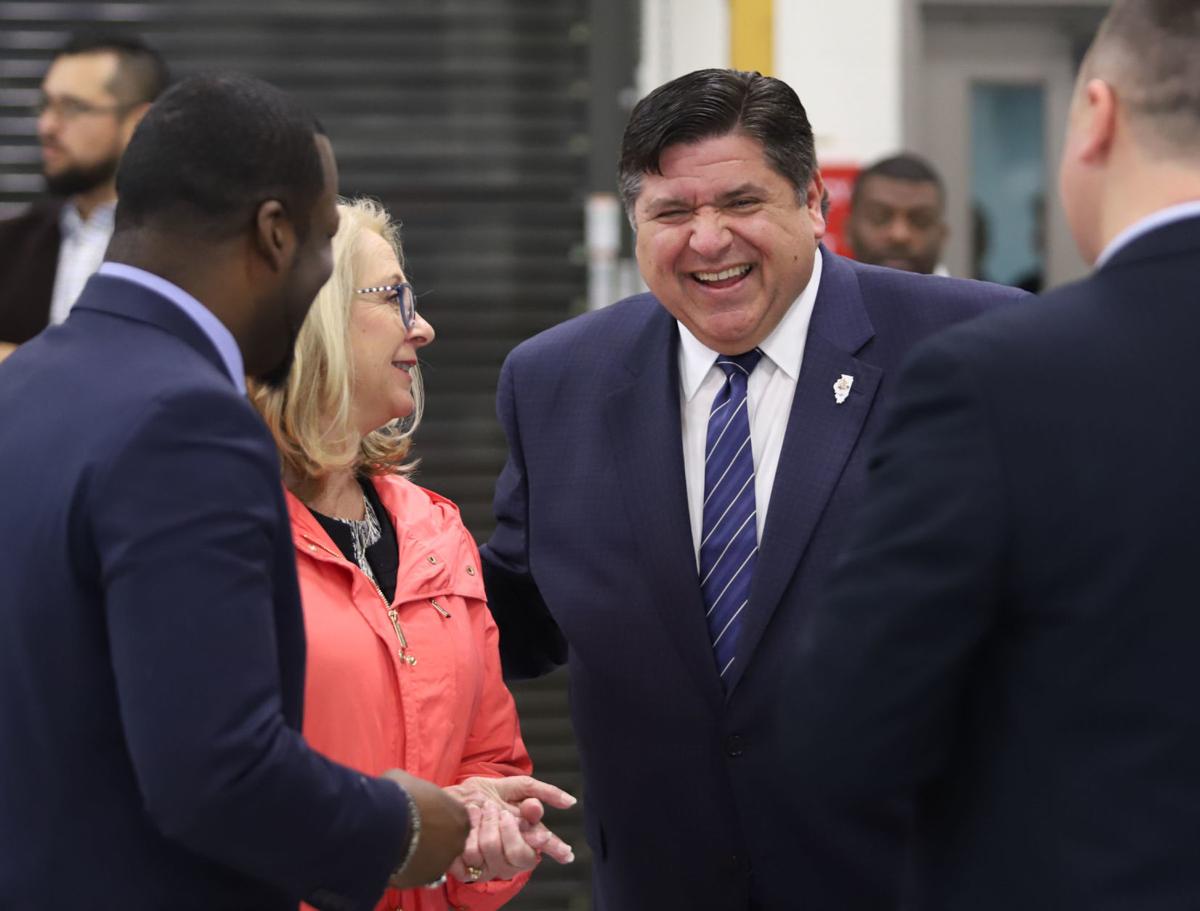 CHICAGO — Young adults sentenced to lengthy prison terms for most crimes will be eligible for a parole review after serving 10 years, under a measure Democratic Gov. J.B. Pritzker signed into law Monday.

"This historic legislation will create a long-awaited and vital new parole system for youth facing long sentences," Pritzker said during a bill-signing event at BBF Family Services in the Lawndale neighborhood on the city's West Side.

The law, effective June 1, will allow people who commit a crime before turning 21 to petition the Illinois Prisoner Review Board for parole, which will be assessed on a case-by-case basis. Victims, witnesses and others will have the opportunity to present testimony to the board. People convicted of first-degree murder or aggravated criminal sexual assault will be eligible for review after 20 years, and those convicted of predatory criminal assault of a child or given a life sentence will not be eligible.

The measure marks the first time the state will be allowed to grant discretionary parole since the practice was abolished in 1978.

"We're taking an important step here today, but we all know that real work remains to bring about reform that this state truly deserves," said Pritzker, who campaigned on reforming the state's criminal justice system.

Supporters said the new law acknowledges research showing young people's brains are not fully developed and that they lack the decision-making abilities of adults.

The law "is not a get-out-of-jail-free card," said Barbara Flynn Currie, the former Illinois House majority leader who sponsored the bill. It was the Chicago Democrat's final piece of legislation passed in her 40-year career as a state representative.

The House approved the bill on a 67-41 vote in November, more than a year after it was approved in the Senate by a 36-17 margin. Believing then-Republican Gov. Bruce Rauner would veto the legislation if it reached his desk, lawmakers used a procedural maneuver to hold it for Pritzker's signature, Currie said.

Despite Rauner's perceived opposition, the measure passed with bipartisan support and was co-sponsored by GOP state Rep. Lindsay Parkhurst of Kankakee.

"Everybody deserves a second chance, but especially our youth," said Parkhurst, a former Kankakee County assistant public defender who handled juvenile cases. "In the juvenile justice system, our youth often get their rights trod upon. ... The system is very hard to navigate."

Also on Monday, Lt. Gov. Juliana Stratton announced the selection of Quinn Rallins to lead the administration's Justice, Equity and Opportunity Initiative, which is under the auspices of the lieutenant governor's office. During the campaign, Pritzker promised to create an Office of Criminal Justice Reform and Economic Opportunity under Stratton's supervision.

Created through an executive order Pritzker signed in February, the initiative will work with state agencies and other organizations across Illinois to conduct research, create pilot programs and advocate for legislation with a "restorative justice" approach, prioritizing rehabilitation over incarceration. There also will be a focus on creating educational and economic opportunities in areas with high crime and incarceration rates.

'Dark day' for Illinois State Police as another trooper hit by vehicle, killed on the job

Rallins previously was program director at the Illinois Justice Project and a community justice law fellow at the Chicago-based Sargent Shriver National Center on Poverty Law.

Editor's note: An earlier version of this story gave an incorrect effective date of the new law. It takes effect June 1.

CHICAGO — Women and girls living near Sterigenics in Willowbrook, Illinois, between 1995 and 2015 suffered higher than expected rates of certa…

Statehouse Insider: Illinois did better than Minnesota in windfalls? Yep

That was some good financial news Illinois received last week after seemingly decades of nothing but bad news.

At Richland Community College, a group conversation about juvenile justice and detention

Gov. J.B. Pritzker speaks during a press conference in the governor's office at the Illinois State Capitol on March 7 in Springfield.