Workers tend to plants in a growing room at Cresco Labs in Joliet on Dec. 17. Employers are still working to determine issues surrounding cannabis legalization, which started this month in Illinois. 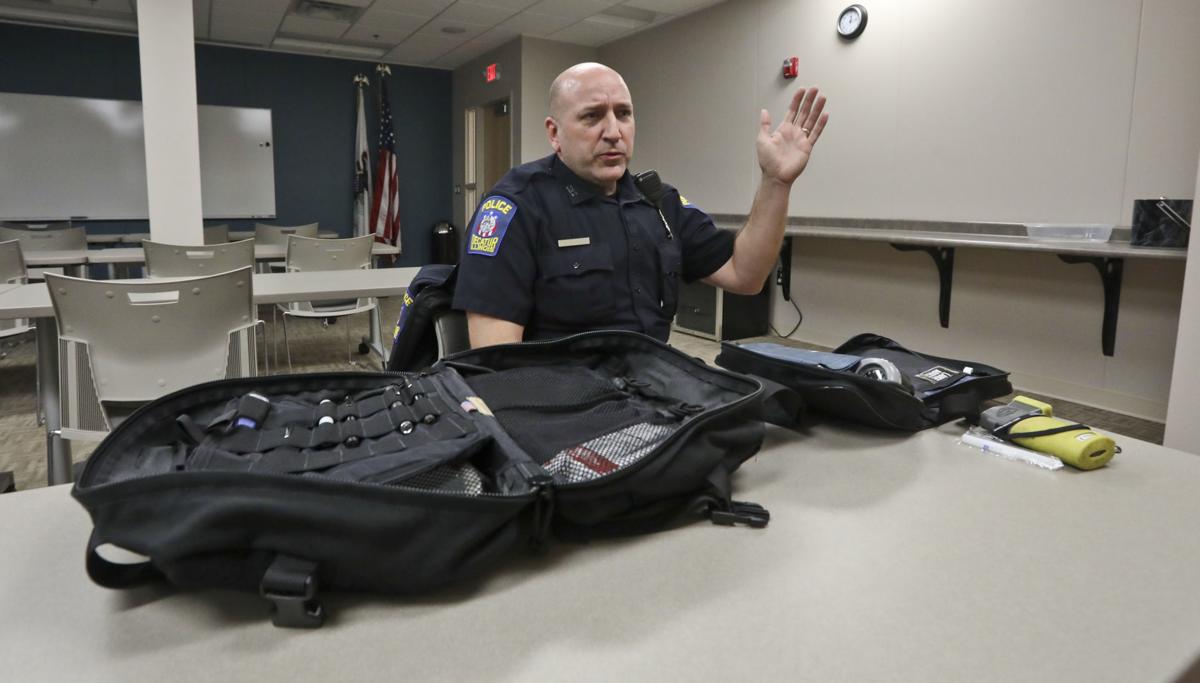 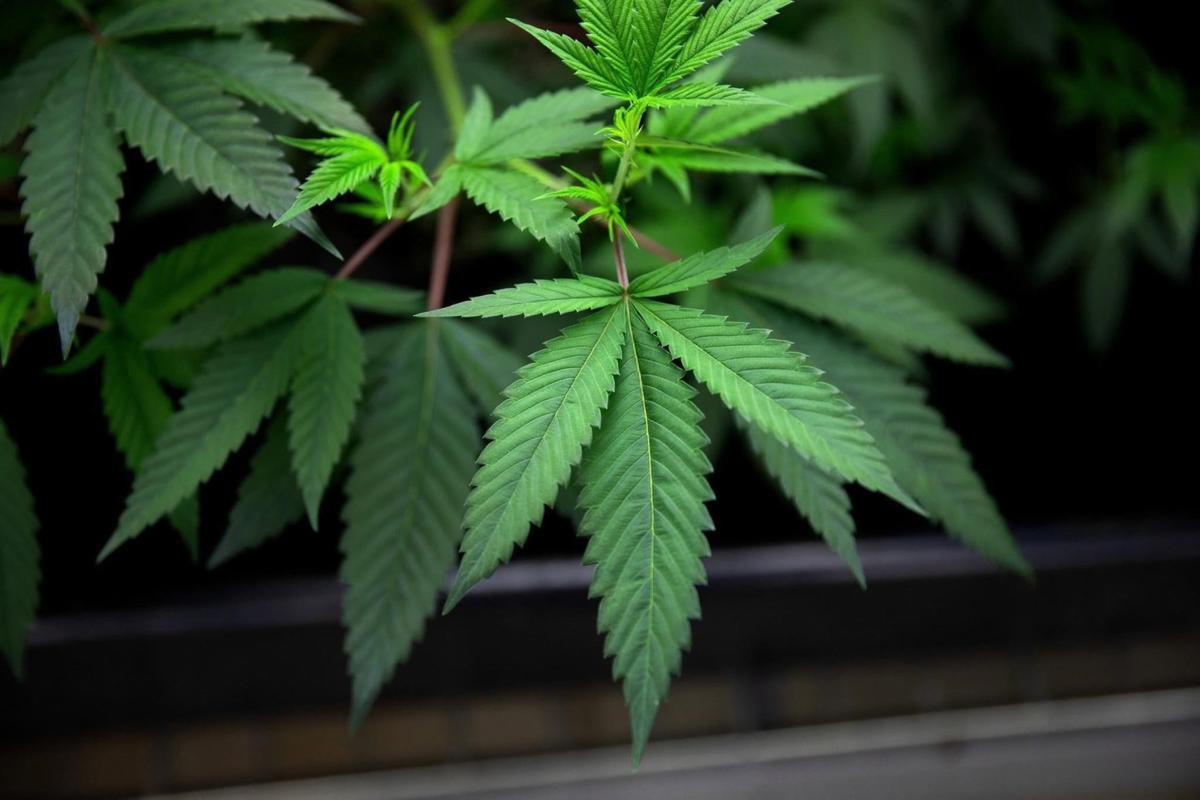 Marijuana plants grow under lights at a medical marijuana cultivation facility in Joliet on Aug. 8, 2018. Recreational marijuana became legal on Jan. 1 and has generated roughly $11 million in revenue.

DECATUR — Despite long lines at dispensaries and product shortages, there’s one major aspect of Illinois legalizing recreational pot this month that remains hazy.

At issue is how employers will handle policies for workers who use a product that’s newly legal under state law but firmly illegal under federal rules, all without tools to detect whether someone is impaired.

“Employers can fire an employee, unless it is based on discrimination, whenever they feel like it,” said Brendan Bukalski, a managing partner at Johnson Law Group, which serves Central Illinois. “With that being said, the law does not require employers to allow workers to smoke cannabis.”

Employers in Illinois are still allowed to terminate workers who bring pot to work, are impaired or fail a drug screen. They also can choose not to hire those who can’t pass a drug test. Those are key provisions of the law amended in December to help specify employer rights.

Recreational marijuana became legal on Jan. 1 and has generated roughly $11 million in revenue. Under the new law, those over the age of 21 can possess 30 grams of cannabis flower, 500 milligrams of THC in an infused product such as edibles and 5 grams of cannabis concentrate.

But that’s where it gets confusing. Employers may face legal hurdles about whether policies are fair. And there is no scientific standard establishing impairment based on the amount of THC — the main psychoactive component of cannabis that gets users high — in the body. The drug metabolizes quickly, but remains in the body for some time, well after the high wears off. That means there may be a long legal fight ahead for any attempt to create a parallel policing system for pot as there is for alcohol.

The National Highway Traffic Safety Administration said there is no scientifically reliable measurement of bodily fluids to establish impairment, so such laws are “not meaningful.”

“Much of the issues surrounding the bill will have to go through litigation,” Bukalski said. 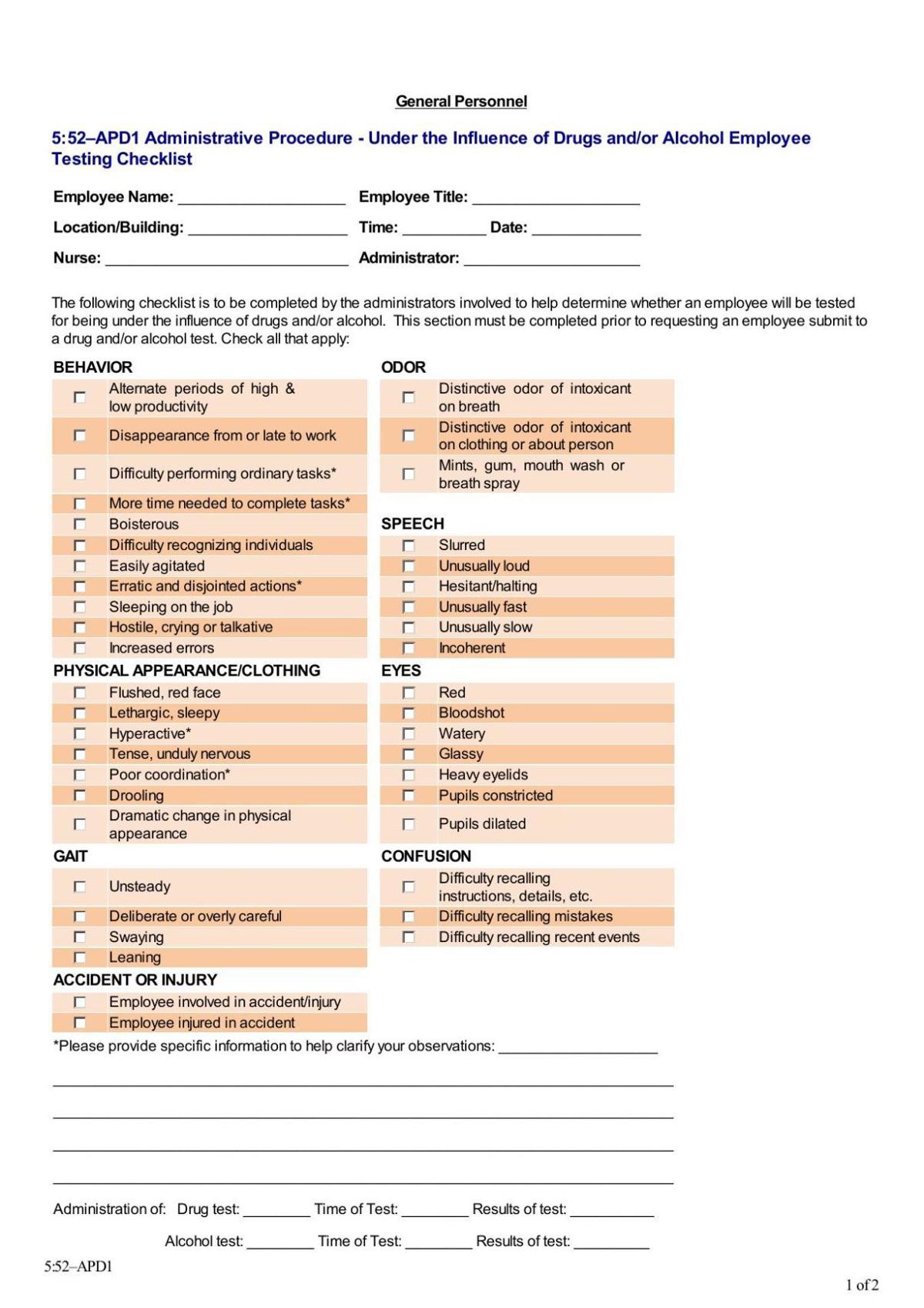 In Colorado, which in January 2014 became the first state to legalize recreational marijuana, drivers with 5 nanograms of THC per milliliter in their blood can be prosecuted for driving under the influence. No matter the level of THC, police base arrests on observed impairment.

Law enforcement officials in Macon County and Decatur have said blood tests can help determine THC levels in the bloodstream. Ten officers in the state are trained in the practice, four of whom are in Macon County. Larry Brooks, a Decatur master patrol officer with a background in forensic phlebotomy, told the Herald & Review that blood tests are currently the most accurate form of testing THC levels.

Philanthropist and former Macon County Sheriff Howard G. Buffett recently donated $500,000 to the city to hire a DUI enforcement officer that would be focused on spotting impaired drivers. (Buffett is the son of investor Warren Buffett, CEO of the holding company Berkshire Hathaway. The company's newspaper division since June 2018 has been managed by Lee Enterprises Inc., the parent company of the Herald & Review.)

The National Safety Council, an Itasca nonprofit organization that works to eliminate preventable deaths, last year urged Illinois employers to forbid recreational cannabis use during and outside of work hours for those in safety-sensitive positions. Jane Terry, vice president of government affairs, said those in health, education and law enforcement should be prohibited from using marijuana.

“We are recommending that employers have zero cannabis-use policies mainly because there is currently not a way to accurately test for impairment,” Terry said.

But Paul Armentano, deputy director of the National Organization for the Reform of Marijuana Laws, said some states have laws that prevent employers from punishing employees and job candidates who test positive for using cannabis off the clock. In Nevada and Maine, he said, companies can’t refuse to employ someone who uses marijuana off the company’s property. 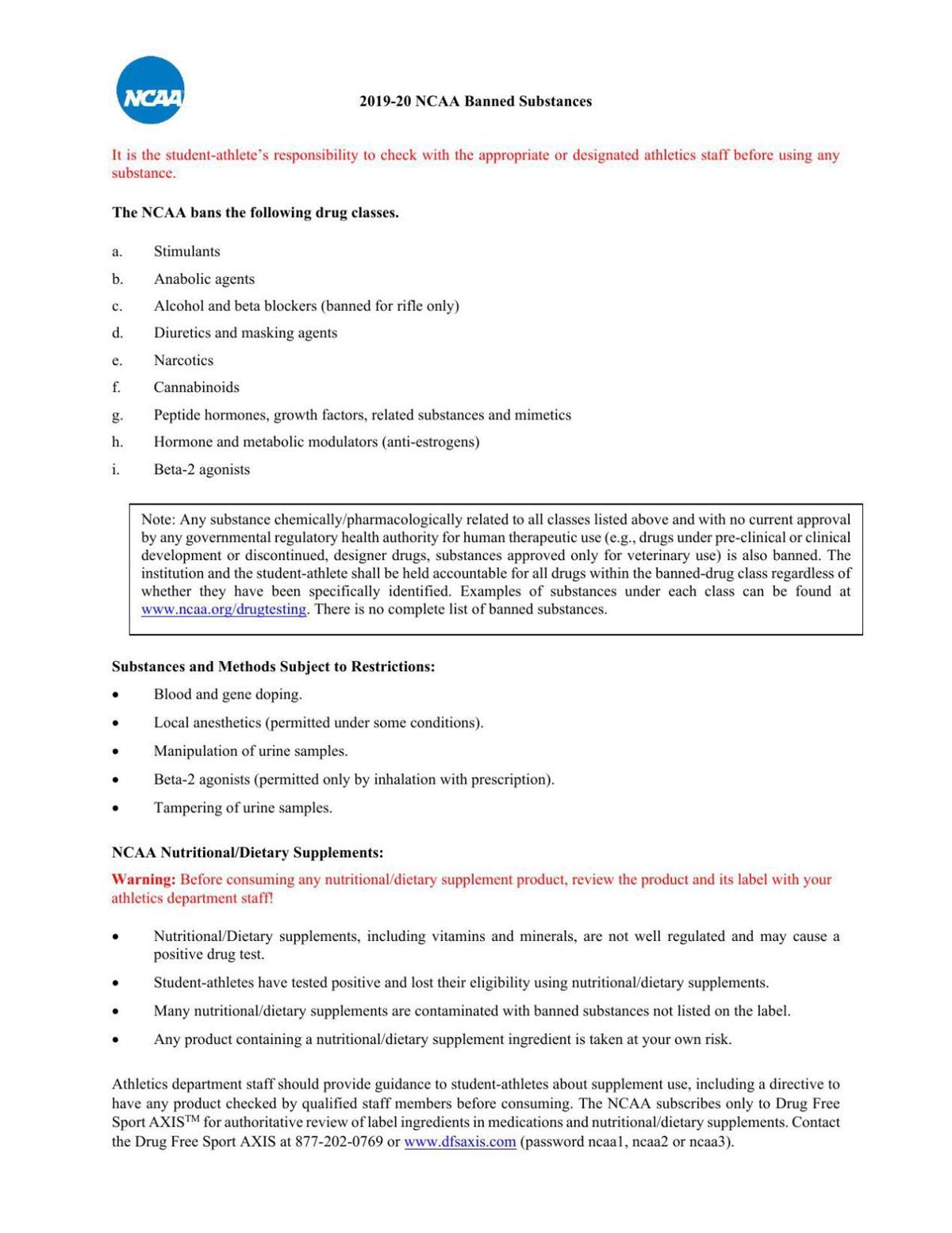 “Adult-use legalization laws typically do not mandate that employers accommodate their employees off-the-job cannabis use,” Armentano said in an email.

‘Continue to be our priority’

Major employers like Archer Daniels Midland Co., Tate & Lyle and Caterpillar have to consider the new law as well.

Jackie Anderson, director of external communications for ADM, said in an email that the company’s highest priority is protecting the safety, health and well-being of coworkers, contractors and visitors.

“That will continue to be our priority, even as new marijuana laws take effect in some states,” Anderson said. “While we are modifying some of our employee testing policies concerning THC as a result of these new laws, we are not changing our rules that forbid being under the influence of drugs or alcohol in the workplace.”

The Economic Development Corporation of Decatur and Macon County ranks ADM as the No. 1 employer in Decatur with 4,000 staffers, about 6% of the city population.

Jennifer Walker, director of global community relations for Tate & Lyle, declined to comment. The company has about 600 employees, according to the economic development group.

Representatives from Caterpillar, with a roster of 3,100, did not return calls seeking comment.

Ameren Illinois officials said policies for their 600 employees won’t need to be changed. Some are required to have a commercial driver’s license in order to operate company vehicles, said spokeswoman Marcelyn Love. A condition of license is having to follow federal laws, which do not allow for recreational cannabis possession or consumption.

"We feel our current policies address the issues of drug and alcohol use. Many of our employees — for example, those who are required to have a CDL license — are also guided by federal laws which have a zero tolerance policy on the use of drugs. We will follow all applicable laws," Love said.

The license also applies to some municipal workers who use city-owned vehicles such as snow plows, code enforcement vehicles and others. Policies for city workers are still being updated to comply with the new law, said Wendy Morthland, the city’s corporation counsel.

“The goal is to always comply with state and federal law, which are currently differing from one another, so that makes it difficult,” Morthland said.

The Decatur City Council in September opted out of recreational cannabis sales and have since heard the opposing view at council meetings.

Decatur Park District and Macon County officials did not return requests for comment.

“The law allows police departments to govern both on- and off-duty cannabis use and possession,” said Deputy Chief of Police Shane Brandel. “We clarified in (the) policy that the possession, consumption, sale purchase or delivery of cannabis or cannabis-infused substances by officers is strictly prohibited.”

The district Reasonable Suspicion Drug and Alcohol Testing policy says an employee suspected of being under the influence may be subject to a drug or alcohol test.

Administrators will use a checklist to help determine whether the employee will be tested for being under the influence.

“Based on what the administrator finds, the person would not be asked to drive but they will be transported to a local hospital for the test,” Covault said.

Diane Lane, Millikin University human resources director, in an email said they changed their policy so that cannabis “will be treated in a manner similar to alcohol.”

School spokesman Dane Lisser said the university would continue to comply with the National Collegiate Athletic Association policy, whose list of banned substances includes cannabinoids. There will be no change for student athletes or any student handbook policies. The NCAA Division III policies also remain unchanged.

In contrast to lengthy ​hearings on the topic in surrounding areas, the Macon County Board on Thursday narrowly voted down allowing retailers to sell recreational cannabis in unincorporated areas — but without a single resident speaking for or against the move. The board also voted to examine the ban in a year.

Richland Community College officials were not immediately available to comment on their policies.

“Employees are not allowed to come to work under the influence of any drugs or alcohol,” Jimenez said. “St. Mary’s will continue to require pre-employment drug screenings for potential colleagues.”

DMH’s 2,300 workers will take a similar route. Memorial Health System spokesman Michael Leathers said the hospital in December updated their substance use policy and they will not require colleagues to abstain from alcohol or marijuana on weekends or outside of working hours.

“However, coming to work impaired by either of those substances presents a safety hazard to our patients and colleagues and it is not acceptable,” Leathers said. Memorial Health System will continue to screen for THC at the time of hire and offers of employment will be withdrawn for applicants found with THC in their systems. They would be able to apply for an open position again in six months.

“The policy provides guidance for maintaining a drug-free workplace that promotes and supports Memorial Health System’s values of safety, integrity, quality and stewardship,” Leathers said. Employees have been informed of the policy in writing.

Memorial Health Systems would make exceptions for colleagues who have a medical reason or an Americans with Disabilities Act accommodation, Leathers said.

What do you think about how employers should handle cannabis usage? Join our conversation at herald-review.com/letters.

Howard Buffett's private foundation wants to give $500,000 to Decatur for a new full-time police officer dedicated to arresting motorists who are impaired by marijuana. The move comes in advance of the state allowing recreational cannabis use starting Jan. 1.

The Decatur Township board has voted to ask residents on a March 2020 ballot whether cannabis sales should be allowed in the city. Read more >>>

See which companies are the top 10 employers in Macon County.

When Howard Buffett told former Sheriff Jerry Dawson that he wanted to name a new Civic Leadership Institute after him, Dawson demurred at first.

Decatur school board OKs new administrative position making $108,150; position was not in budget

The Decatur Board of Education on Thursday created a new administrative role for research and data collection, a position that had not been in this year’s budget.

The Decatur City Council is considering changes to its public comment policy. Here are the proposed new rules:

The leaders of Decatur and Macon County law enforcement agencies say they will seek search warrants to draw blood from people arrested for driving under the influence who do not submit to breath or blood tests voluntarily.

Workers tend to plants in a growing room at Cresco Labs in Joliet on Dec. 17. Employers are still working to determine issues surrounding cannabis legalization, which started this month in Illinois.

Marijuana plants grow under lights at a medical marijuana cultivation facility in Joliet on Aug. 8, 2018. Recreational marijuana became legal on Jan. 1 and has generated roughly $11 million in revenue. 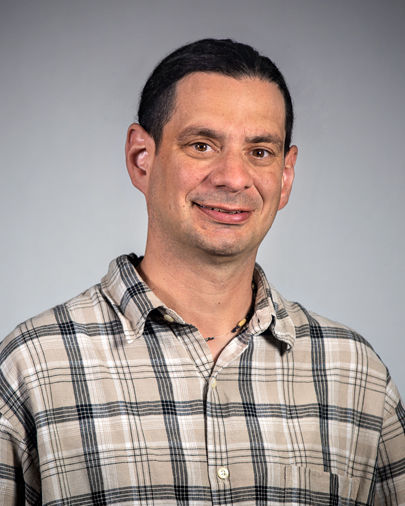