DECATUR — Macon County Democrats are accusing the Macon County Board’s Republican majority of disenfranchising Black voters with a proposal to reduce the board from 21 to 15 seats.

Republicans hit back Tuesday, rejecting that criticism and saying they are looking at all options while trying to do something to reflect the county’s loss of population since the last census.

Macon County Democratic Party Chairman Karl Coleman, who is also a county board member, has called for protests before the the county board meeting that will discuss redistricting at 6 p.m. Thursday in the Macon County Office Building. 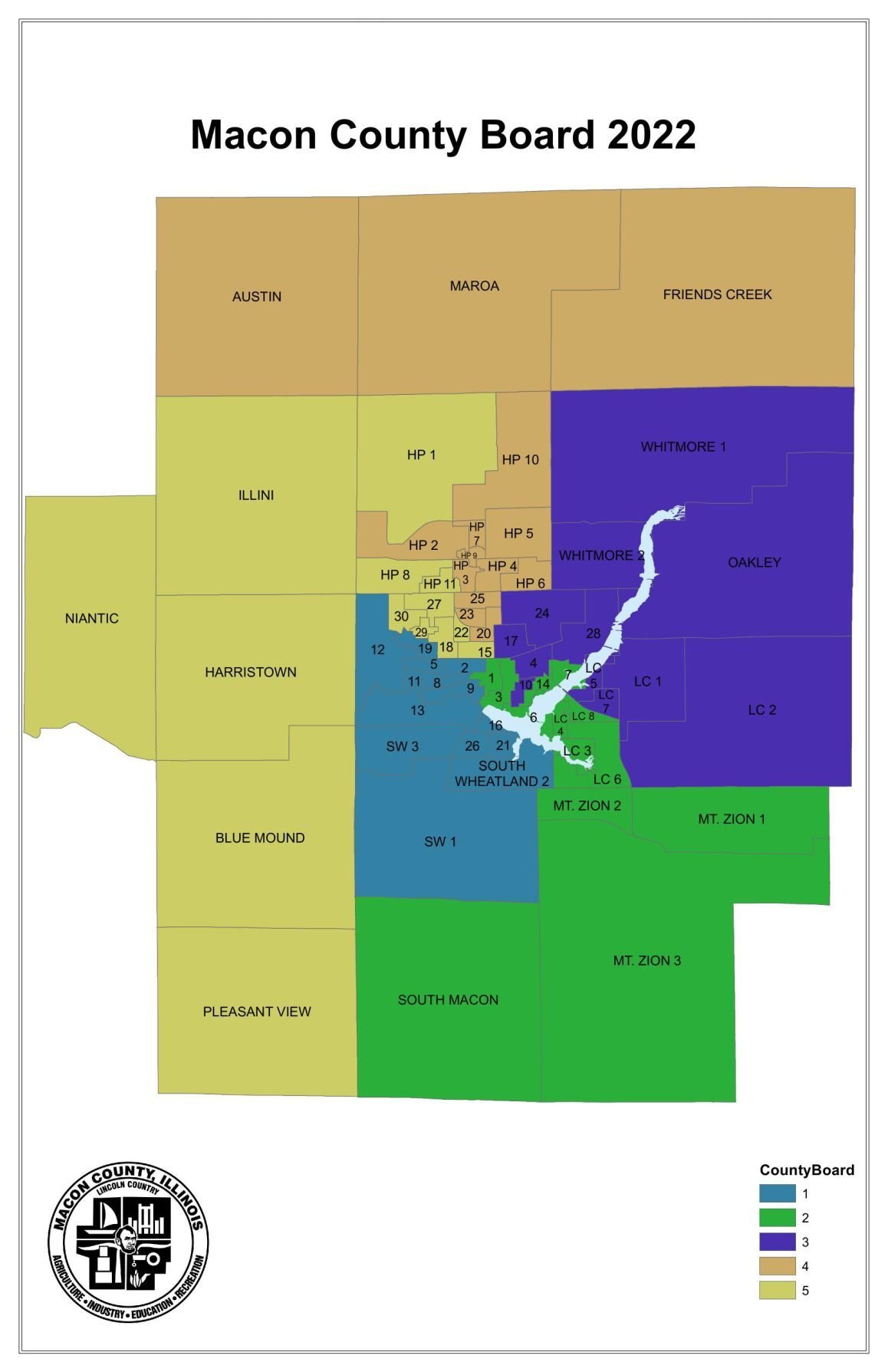 Coleman encouraged the community to gather outside the building at 5 p.m. and attend the meeting to voice their opinions.

Coleman has said he believes the Republican map, if adopted, would infringe the landmark Voting Rights Act of 1965 which prohibits racial discrimination in voting practices.

“If these illegal maps are enacted, the county is open to legal action from the state of Illinois and the Federal Department of Justice or by Black voters disenfranchised by the redistricting plan,” Coleman said.

He said the Democrats are instead backing a redistricting plan drawn up by Republican County Clerk Josh Tanner, which keeps the existing number of seats.

“In the spirit of bipartisanship, the Macon County Democratic Party supports the maps presented by Clerk Tanner,” Coleman said.

Republican Macon County Board Chairman Kevin Greenfield said he was taken aback by the Democrats reaction to his party’s proposed redistricting option. 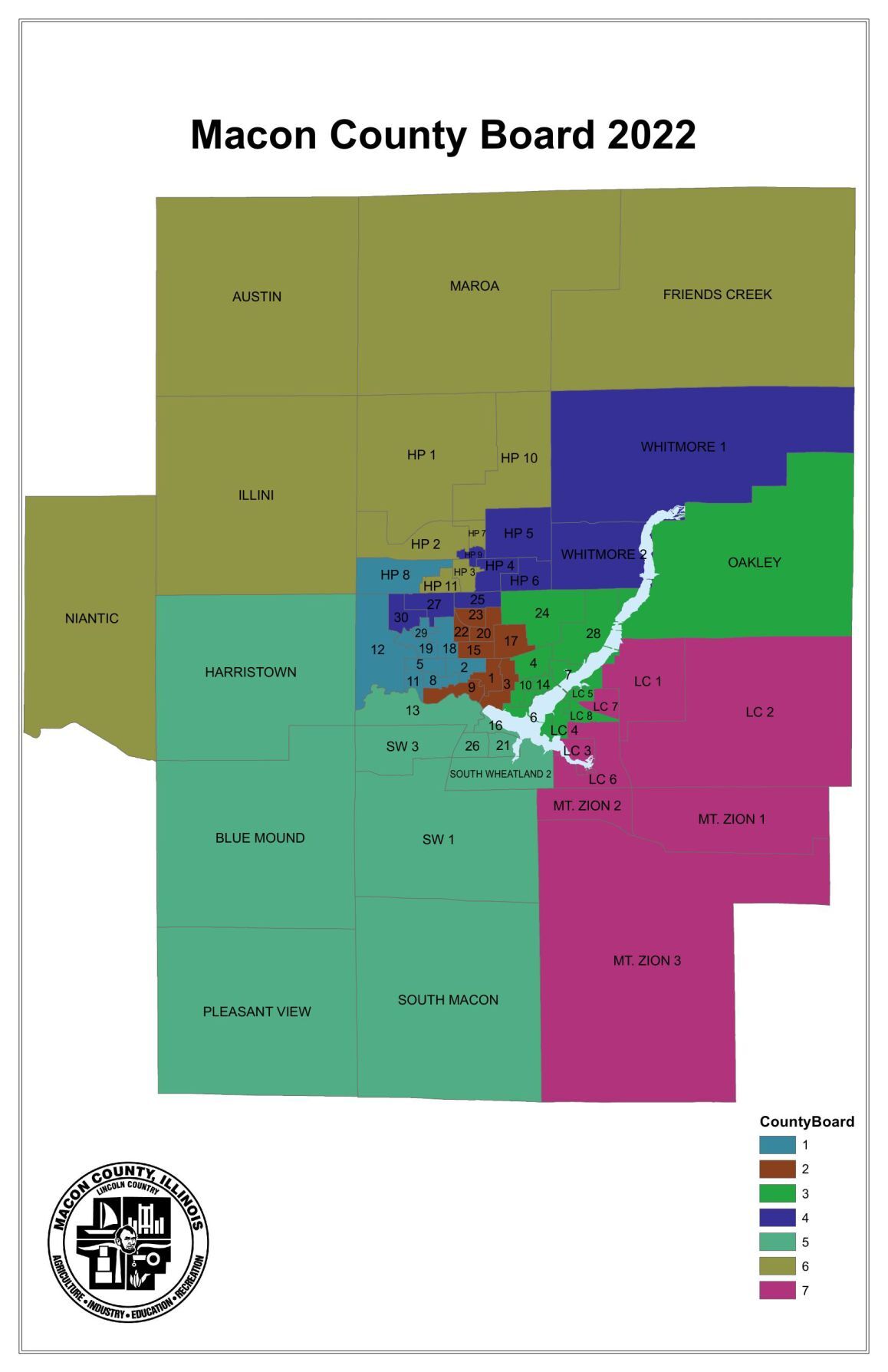 Greenfield said he had a discussion about the proposals with Coleman and said he would present all options, including the Tanner proposal, at the Republican caucus meeting that takes place at at 5:30 p.m. Thursday before the main meeting at 6 p.m.

“And so now, all of a sudden, Mr. Coleman is calling a press conference and is going to start a riot over this thing; I mean, this is ridiculous.”

Greenfield said he personally backed the Republican proposal to go from seven to five districts and 15 instead of 21 seats. He said it made more sense considering the drop in the county’s population since the last census.

There is one minority-majority district under the current map. Three of the board's five African American members represent the district.

Greenfield rejected the idea the Republicans were trying to disenfranchise Black voters and insisted they were just trying to draw up an electoral map that worked and reflected current population realities.

Greenfield said he wasn't aware the Republican map left any Democrats having to run in a primary against each other or targeted their seats.

“If I was going to do that,” said Greenfield on the idea of erasing Democratic seats with new electoral maps, “I would have carved Mr. Coleman out. That obviously wasn’t the case and I don’t know what he is talking about with this protest; I am disappointed he has dropped to that level.”

Tanner's proposal, described at committee as a "bare minimum map," is similar to the current map, with Coleman contending that it contains a minority-majority district.

Greenfield also found it ironic to see Democrats protesting legislative redistricting, considering the flak state level Democratic legislators have taken for their carving up of electoral maps for political advantage.

“If Mr. Coleman is so concerned about Macon County, where was he when the Democrats drew the map for the state and shafted Republicans?” Greenfield added.

Tanner told the Herald & Review Tuesday that his redistricting proposal had been prepared to meet the equal district population requirements the law requires while keeping the Macon County Board at its present size. "So I didn't displace anyone that is already a county board member and it basically maintained the status quo," he added.

"I wanted to make sure they had something to pass if they didn't create something of their own," he said of the board, noting the deadline for getting redistricting done was the third Wednesday in November.

Asked about the current controversy over whether the Republican-drawn redistricting alternative was fair, Tanner said: "I just wish there was a little more conversation with regards to maps; but I understand it is a political process."

Pileup at the pole

Fairground is a busy place

Rich Miller: Can any challenge take down Illinois legislative maps?

an updated lawsuit filed by the Mexican American Legal Defense and Educational Fund could matter.

The manner in which Democrats have handled the redrawing of legislative maps has presented a series of cynical, self-preserving and tone-deaf moves that would be outrageous in any normal situation. 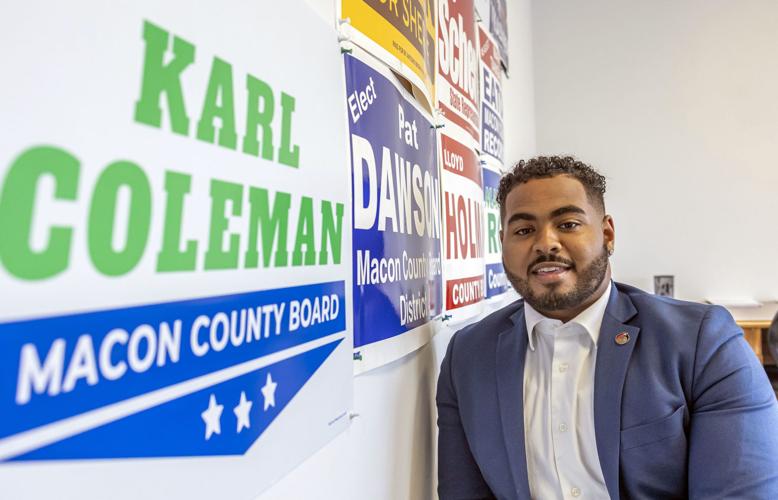