DECATUR — The Macon County Board voted down a proposed series of raises for top office-holders Thursday evening, but also rejected a resolution calling on department chiefs to impose staff furloughs and freeze hiring.

But the resolution to approve the raises went down by 12 no votes to six in favor.

Board member Linda Little, R-Decatur, had earlier proposed a motion asking for zero raises which was actually voted down 10 votes to eight, even though the board effectively then achieved the same thing by voting down the whole salary package anyway. 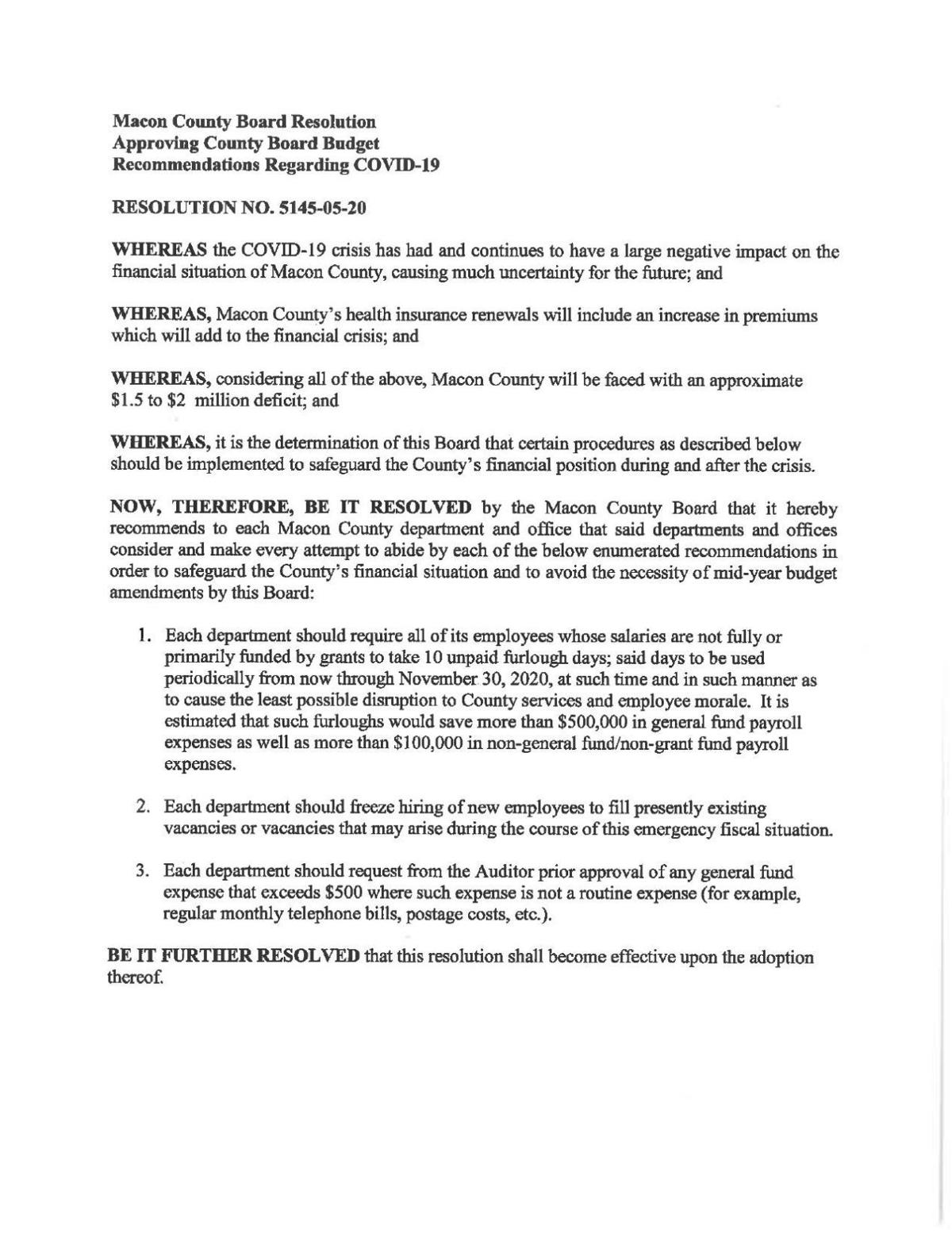 Little said the salary numbers being talked about — which wold have topped out at $90,396 for the office holders in the final year — was just too much. “The numbers presented in the resolution (to increase the salaries) are unrealistic and irresponsible,” she said.

Her comments came in the midst of a looming county budget shortfall, worsened by the business shutdown cause by COVID-19, now estimated to be heading towards $2 million.

Macon County Board Chairman Kevin Greenfield, R-Decatur, said that is why he had come up with a resolution recommending a package of savings for the county’s various departments. It called for county employees to take 10 unpaid furlough days between now and Nov. 30, which he said would deliver savings of some $600,000.

Hiring would also be frozen and no department could spend more than $500 without the approval of the county auditor.

But the chairman’s resolution went down 11 votes to eight. Even if passed, however, rules governing county government stipulate that county office holders can’t be compelled to cut budgets the board has already approved. So they could have ignored the chairman’s proposed cuts anyway. The board would have to vote by a two-thirds majority to force budget cuts on existing budgets, and Greenfield said that many votes were “probably impossible to get.”

He said he was forced to come up with his own resolution because three meetings of the county’s finance committee hadn’t come up with any workable plan to cut expenses.

And he said efforts to try and get the various office holders to suggest their own cuts had not been very successful. “Several office holders reached out to me and none of them seemed to really understand what we were asking,” said Greenfield. “They felt it was our job, not theirs’.”

Laura Zimmerman, D-Decatur, said she was busy working on a money saving proposal of her own which had received a good reaction from department chiefs, she said. “And I think my plan gives us some way to be responsive to a situation where we can’t predict very far ahead what things are going to look like," she added.

She said she would present her savings plan at the next finance committee meeting.

In other business, the county approved a $4,110 federal grant for 2020 Census efforts. Greenfield said health department employees will assist seniors in filling out the census. The employees would be equipped with personal protective equipment and go to the seniors’ houses to help them fill out the surveys.

The Macon County Board is voting on giving 4 elected officials raises. Here's what's being considered.

Macon County board holds off on employee furloughs, will meet next week to discuss

What do you think about how the Macon County Board voted? Join our conversation at herald-review.com/letters.

Macon County Board May 14 Agenda

The battle to save money — and with the jobs and futures of dozens of Macon County employees on the line — isn’t over yet.

The Macon County Board is voting on giving 4 elected officials raises. Here's what's being considered.

The proposal comes as the board is considering furloughs to offset financial losses because of COVID-19.

“We have to get back to normal gradually; otherwise, this just will not work,” Macon County Public Health Administrator Brandi Binkley said.

Macon County Board members are set to consider some employee furloughs that could last as long as six months, a response to revenue losses caused by the coronavirus pandemic.

Recognize this person? Decatur police asking for your help

Police are asking for help in identifying a suspect in a theft investigation. 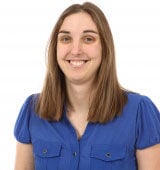