Macon County Clerk: State error led to registration of 7 people who identified as non-citizens
0 comments
Share this
Return to homepage ×

DECATUR — The Macon County Clerk's office took steps in recent weeks to address the erroneous registration of seven people who had said they were not U.S. citizens, the result of a state programming problem, County Clerk Josh Tanner said Tuesday.

Four of those people did not respond to a request from Tanner's office to appear and demonstrate why their registration should not be canceled. Of the remaining three, one had moved before being able to vote; one had voted in November 2018, but was able to prove U.S. citizenship; and one had confirmed being a non-citizen, but this person did not vote, Tanner said.

The clerk's office was notified by the State Board of Elections about the error on Dec. 30, he said. All seven people were mailed a letter requiring them to appear and demonstrate why their registration should not be canceled.

The news came as state lawmakers prepare for a hearing today on issues with the state’s automatic voter registration program, which caused the problem in Macon and other Illinois counties. Republican lawmakers have called for suspension of the program, which was approved with overwhelming bipartisan support and signed into law by then-GOP Gov. Bruce Rauner.

The system signs people up to vote when they apply for or renew their driver’s license. Officials in Secretary of State Jesse White’s office, which manages driver’s licenses, have accepted responsibility for the error and say the problem was immediately fixed.

Statewide, 545 people who said they were not U.S. citizens were registered to vote because of the error. Of those, 15 voted in elections in November 2018 and spring 2019. Three of those people turned out to be citizens, the State Board of Elections has said.

That system launched in July 2018, but the programming glitch that failed to filter out people who identified as non-citizens wasn’t discovered until December 2019.

On Monday, local election authorities were told that 774 former Illinois Department of Corrections inmates may have had their voter registration mistakenly canceled. The issue was caused by a "data-matching error" between the department and Board of Elections, and is unrelated to automatic voter registration, officials said.

State election officials also said last week that they have blocked the registration of roughly 4,700 16-year-olds whose information was sent to the board by the secretary of state’s office through the automatic voter registration program. The secretary of state’s office has agreed to stop sending information on 16-year-olds when they apply for a driver’s license.

Illinois state law allows eligible voters to register up to and including Election Day provided they have the correct documents.  If any canceled voters are later proven to be eligible, they will be allowed to register and vote, Tanner said. 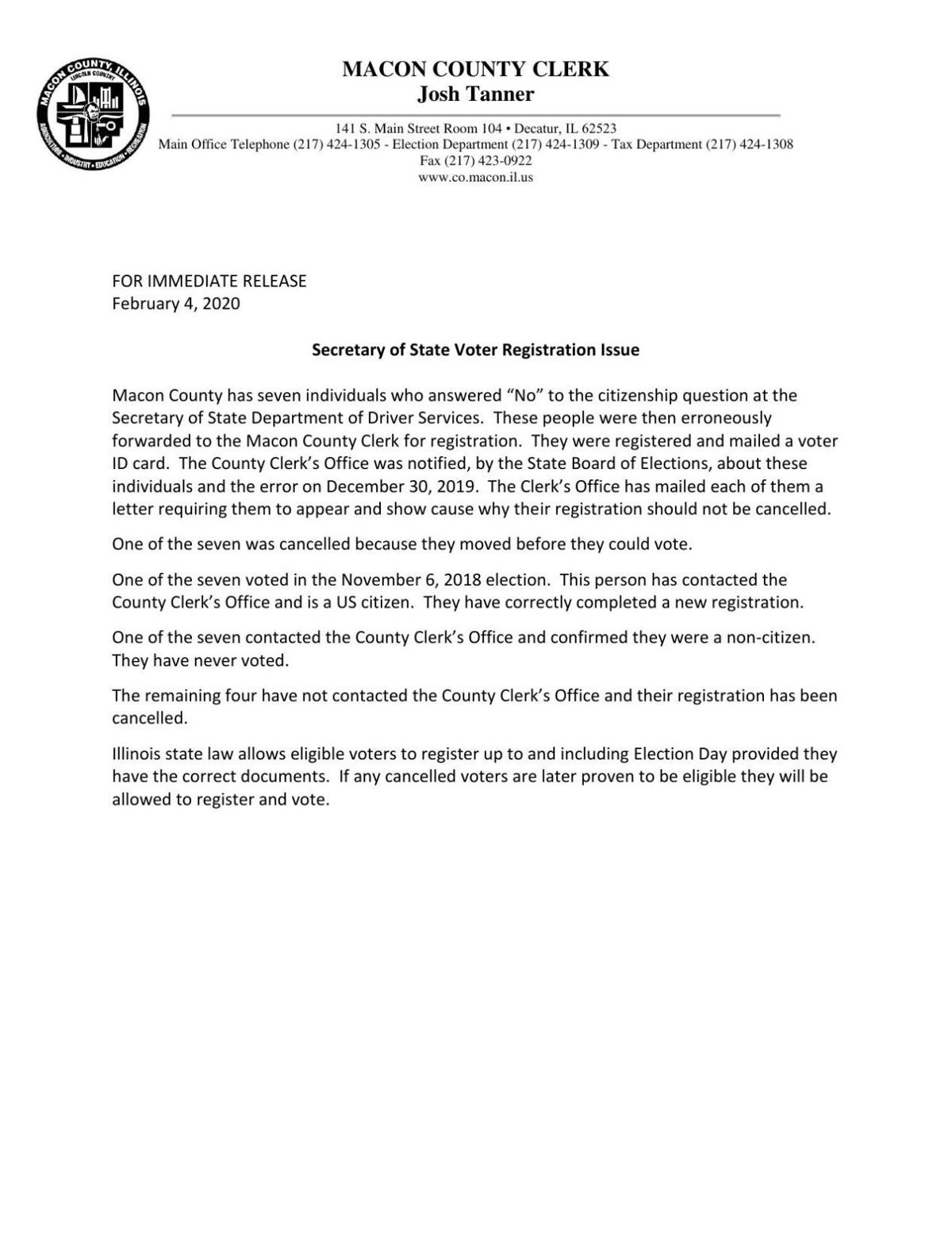 The voter registrations of nearly 800 former Illinois inmates may have been mistakenly canceled because of a “data-matching error” between state agencies, the State Board of Elections disclosed Monday.

While the information for approximately 4,700 16-year-olds was forwarded from the Illinois Secretary of State’s Office to the Illinois State Board of Elections as part of an automatic voter registration program, no underage people were registered to vote, nor did they receive information about registering to vote, according to representatives of those two agencies.

Only 15 people who self-identified as not being U.S. citizens cast ballots in the 2018 and 2019 elections, the Illinois State Board of Elections said in a correction Thursday, three of which actually turned out to be citizens. 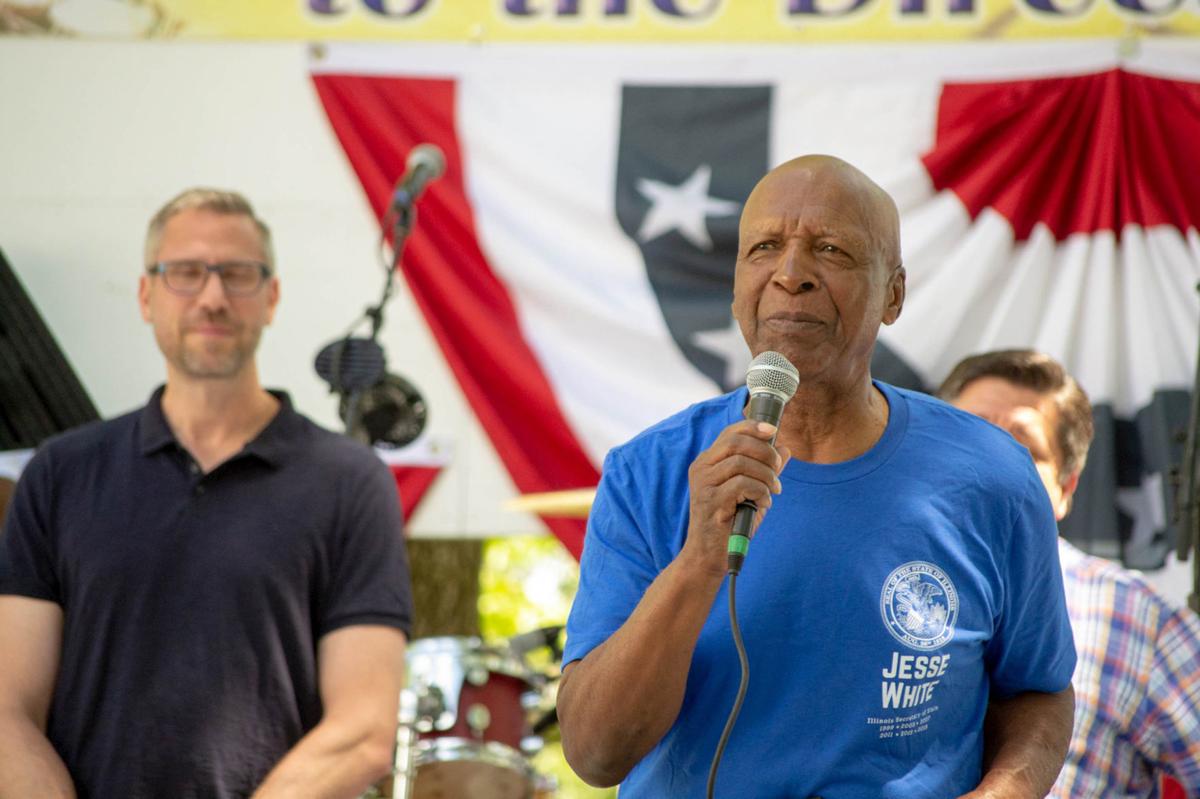 Secretary of State Jesse White speaks during the Governor’s Day Picnic last August at the Illinois State Fair in Springfield. White’s office last year told the State Board of Elections that 545 people who self-identified as being non-citizens were mistakenly registered to vote because of a programming problem.