DECATUR — Tony Brown holds a narrow lead over Jim Root in the still-contested race for Macon County sheriff, with more than 1,300 ballots still needing to be ruled upon by a judge. 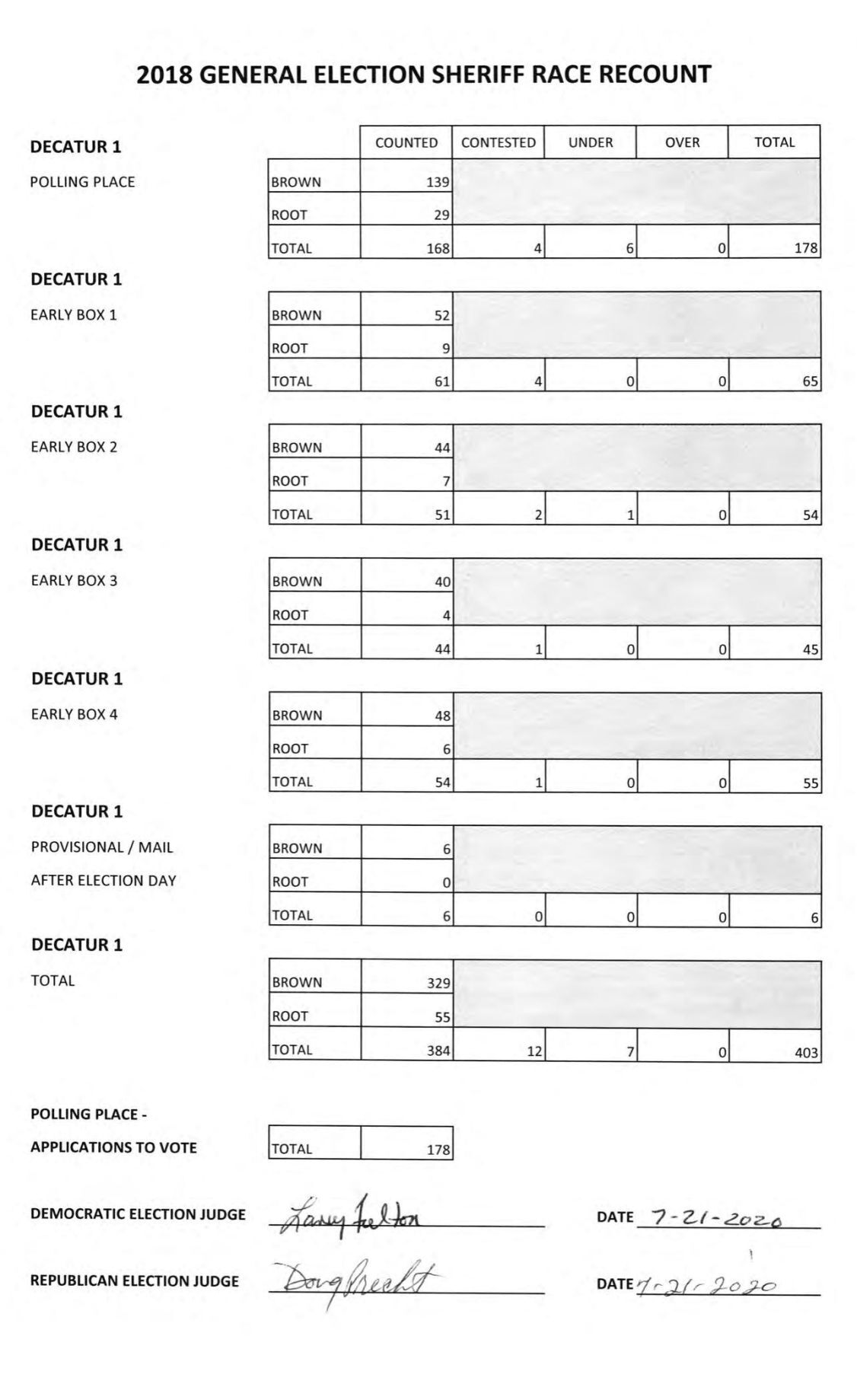 Macon County Clerk Josh Tanner issued a news release Friday after documents related to a complete manual recount of all ballots cast in the sheriff's race in the 2018 election were filed in Champaign County Circuit Court. 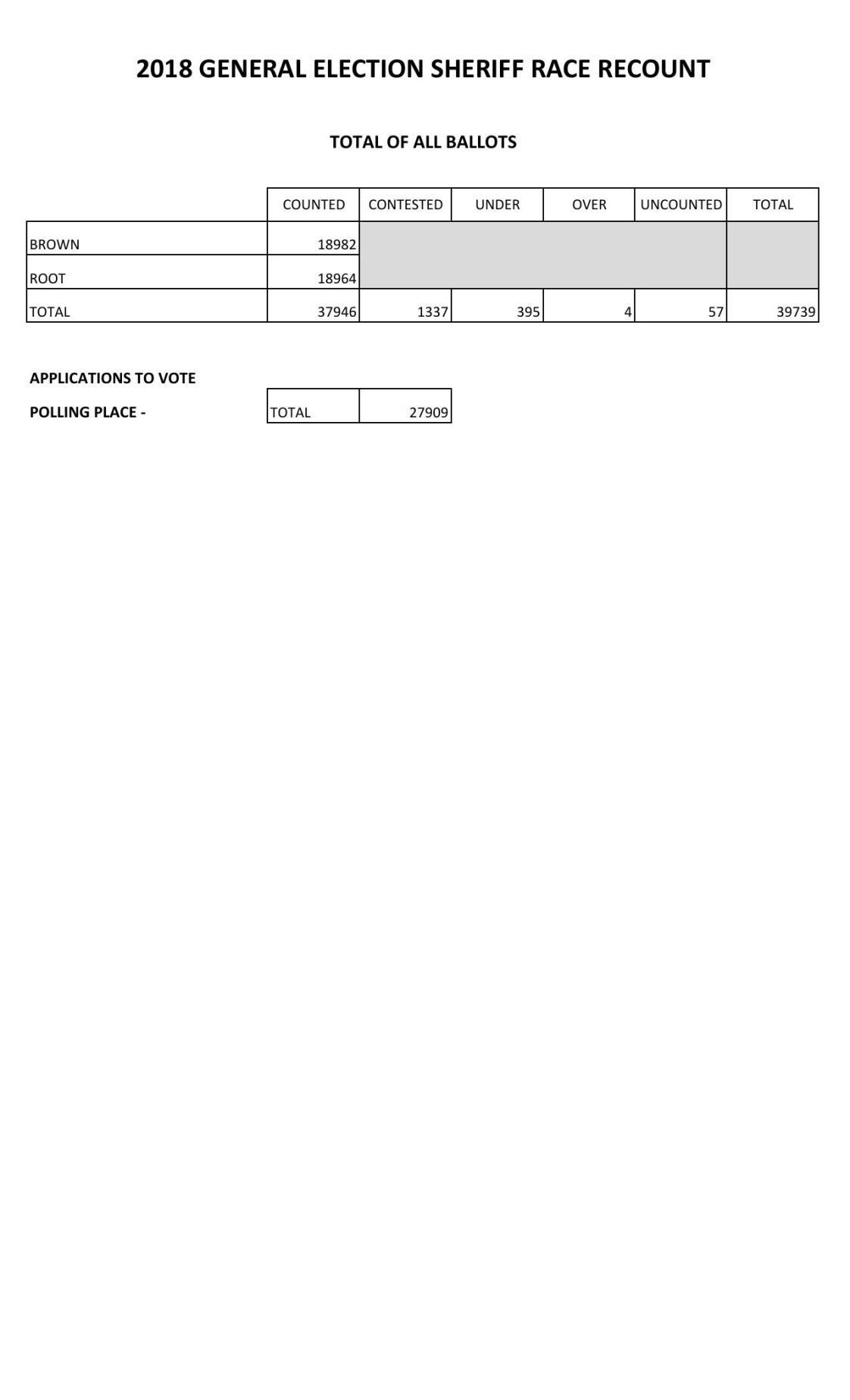 However, there are still 1,337 ballots being contested. Sorting out who, if anyone, will claim those individual votes falls to Champaign Circuit Court Judge Anna M. Benjamin.

"This is only a report to the court and does not change the outcome of the 2018 General Election," Tanner said in the release.

The documents tendered to the court by Tanner’s office also indicates there were 395 under votes (no vote cast for either candidate), four over votes (votes were cast for both candidates) and 57 uncounted ballots that were found in the wrong precinct.

The report is the culmination of a two-week recount of the nearly 40,000 ballots cast in November 2018. The recount process included a total of 10 election judges, split between Republican and Democrats, to hand count each precinct, two judges to a precinct. There were also 10 poll watchers, split evenly between Brown and Root, who were chosen by them to monitored the process and raise objections to a decision on any ballot. 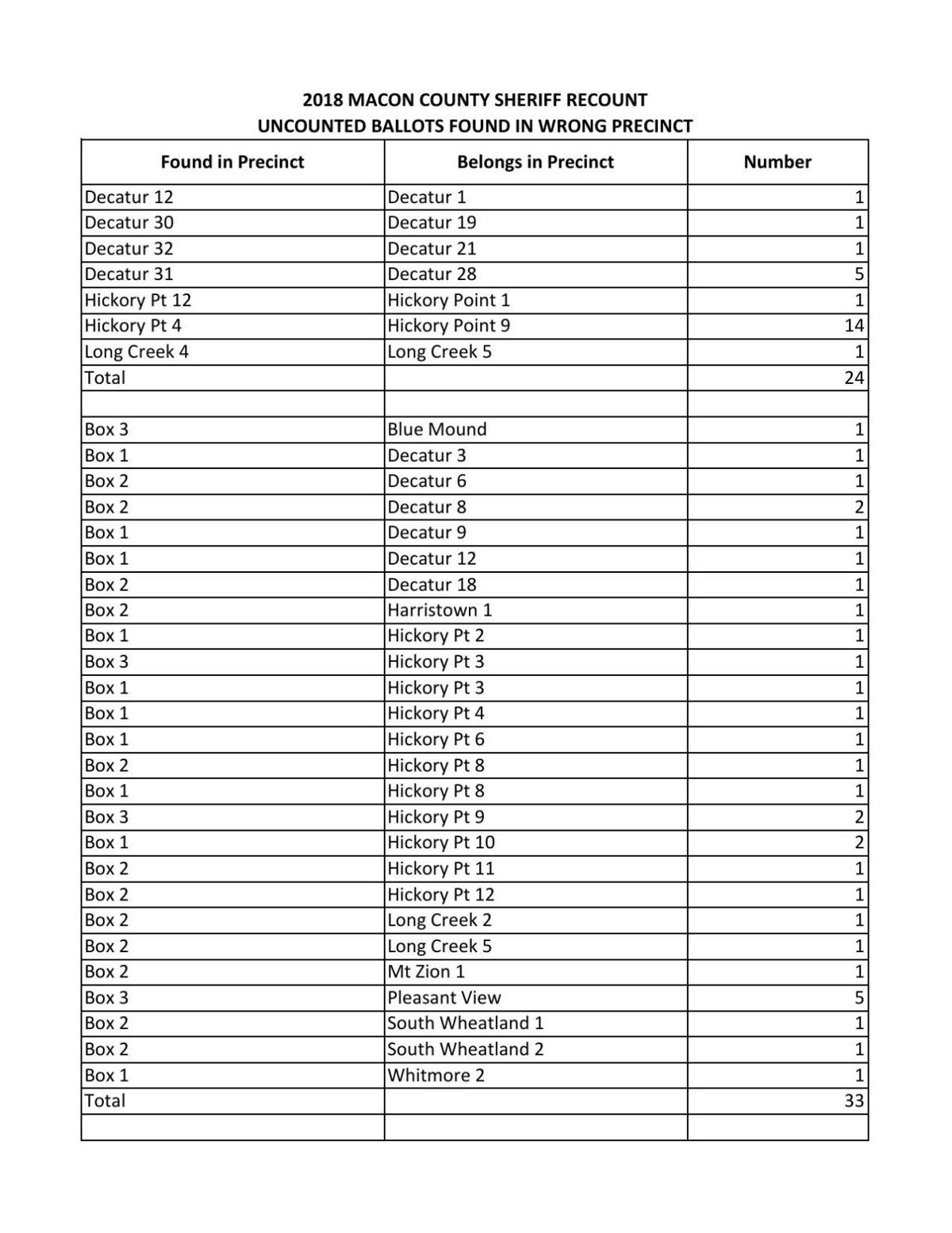 The recount was ordered after Brown beat Root by just one vote: 19,655 to Root’s tally of 19,654 in the 2018 contest. However, it was determined after the fact there may have been some ballots that were not part of the final tally and other discrepancies that put the outcome in doubt.

Attorneys for Brown, who could not be reached for comment Friday afternoon, have previously said they are equally confident the recount will only boost his lead and confirm the original result.

Fogarty said the next step is to get a hearing with the judge and layout the process for how the case will proceed. He anticipated there may be efforts by both sides to meet and determine the fate of some of the contested ballots, leaving fewer challenged votes to the judge’s discretion.

Fogarty would not speculate on how quickly the case might be resolved.

“It has been long enough,” Fogarty said. “A resolution as soon as possible is something we are very interested in.”

DECATUR — Election officials, attorneys and other local representatives crowded into the Macon County Clerk’s office Friday morning as the dis…

DECATUR — Jim Root, the Republican candidate for Macon County sheriff, has announced he will seek a recount after county election results show…

Decided by 1 vote: 6 questions about what's next in the Macon County sheriff's race

For Macon County candidates, end of election means retrieving all those lawn signs. Here's how they do it. ☑️

DECATUR — Consider it the last task for a candidate on the campaign trail. Regardless of how Election Day turns out, winners and losers alike …