DECATUR — Jim Root will be sworn in as the new sheriff of Macon County during a ceremony Monday, June 21.

Because of space constraints, a news release issued Thursday said the event at the Law Enforcement Center in downtown Decatur will not be open to the general public.

The ceremony will bring to an end the 2018 race for sheriff, which resulted in a legal battle that was only recently resolved in Root’s favor.

The legal battle for the sheriff's office began shortly after initial results showed that Root lost the November 2018 election to Tony Brown by a single vote. Champaign County Circuit Court Judge Anna M. Benjamin ruled last month that Root won by 16 votes. The final tally was 19,579 votes for Root to 19,563 votes for Brown. 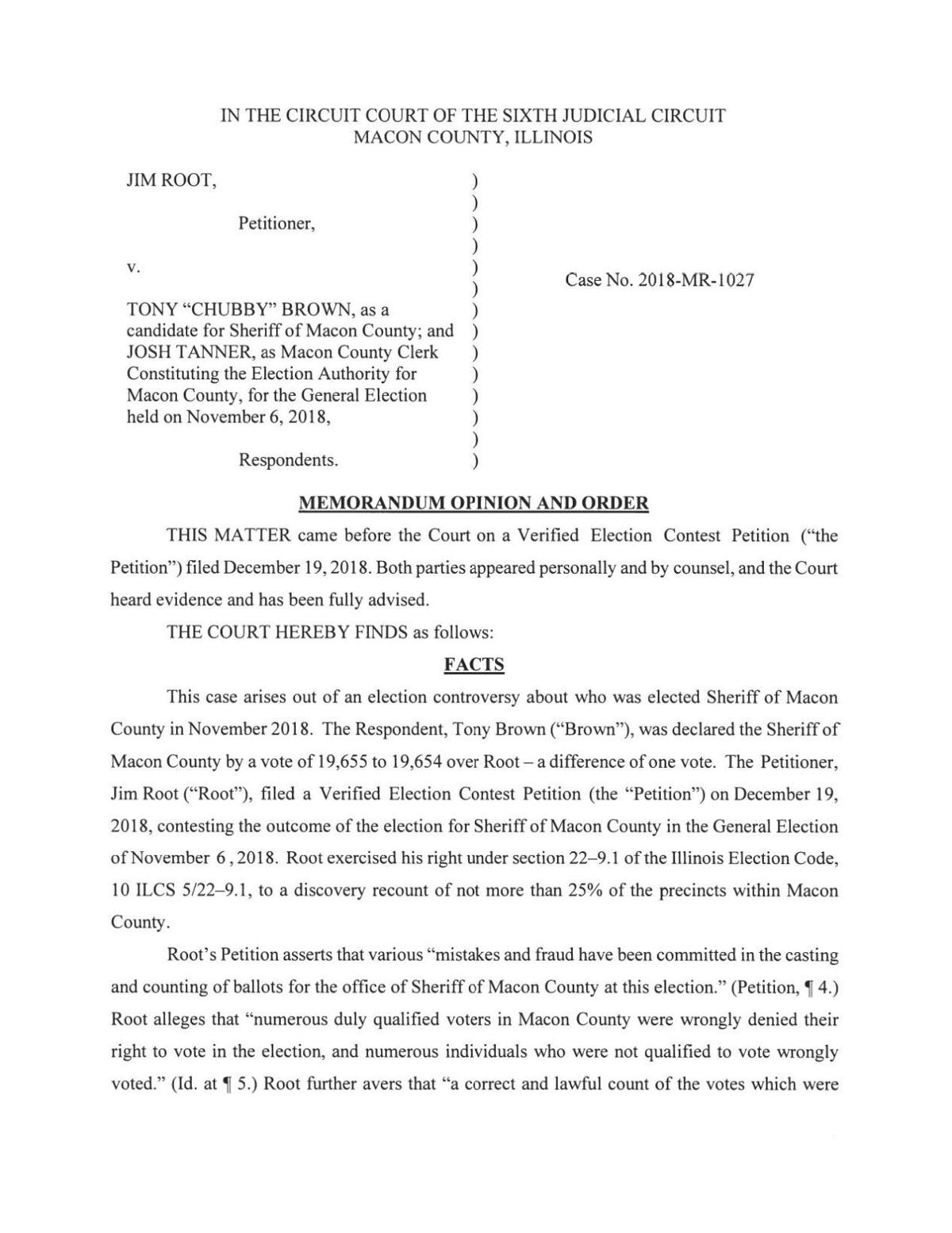 Brown brought the legal battle to an end shortly afterward, announcing he would not appeal Benjamin's decision and that he will be retiring from the department at the end of June, allowing Root to take the office.

"It's time for us to heal," Brown said at the news conference to announce his decision. "We're seeing everything that's going on within this country and within our community. We need to put this to an end ... and stop the division."

After the election, Root had initiated a “discovery recount” of ballots in December 2018 to gather evidence to persuade a judge to order a full recount. Benjamin, brought in as an impartial jurist to handle the legal battle, then ordered a full hand recount in July 2020.

That recount, which took place in July 2020, put Brown ahead by 18 votes, but dozens of ballots were in dispute. After several court hearings to determine which of those ballots should count and whether there had been election fraud, Benjamin issued a ruling that Root the winner.

Just over one month after making public plans to run for Macon County Sheriff in 2022, Howard Buffett is dropping out.

“It is time for us to heal," Sheriff Tony Brown said during a news conference Friday morning at the Law Enforcement Center.

Macon County Sheriff Tony Brown announced his retirement Friday. The announcement caps two-and-a-half years of legal battles and confusion after a razor-thin race for the position in the 2018 elections.