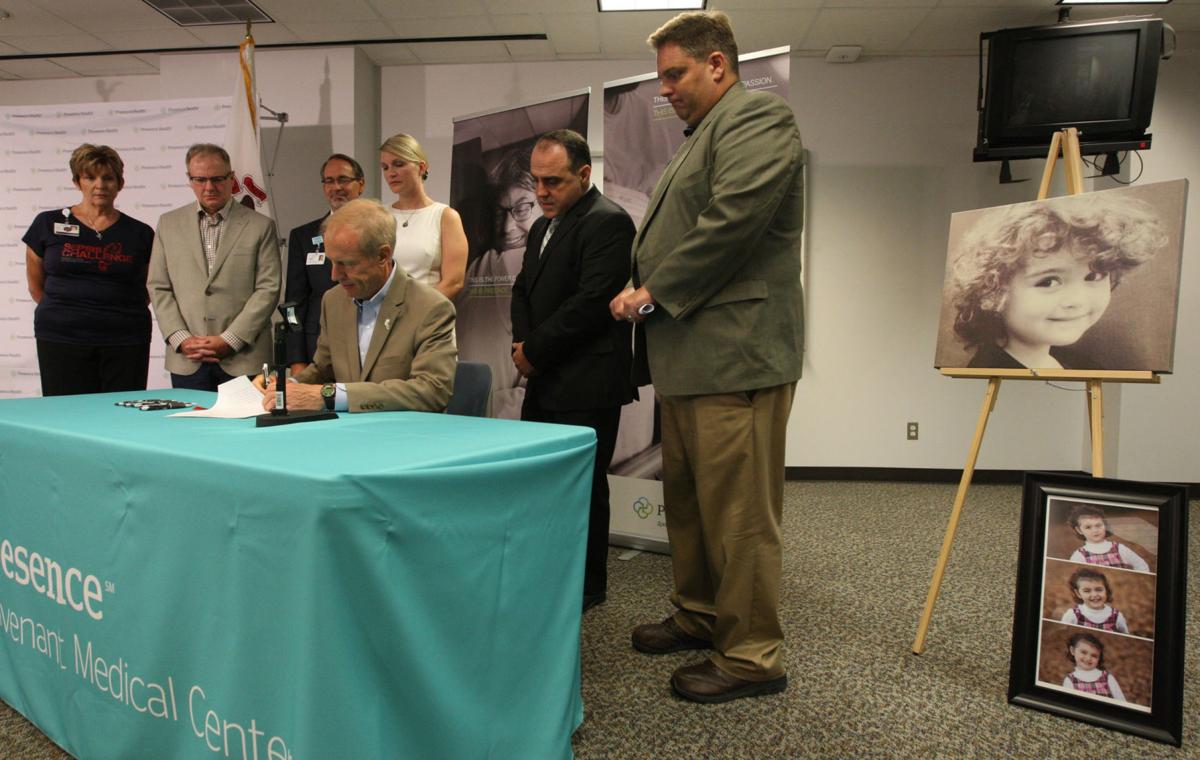 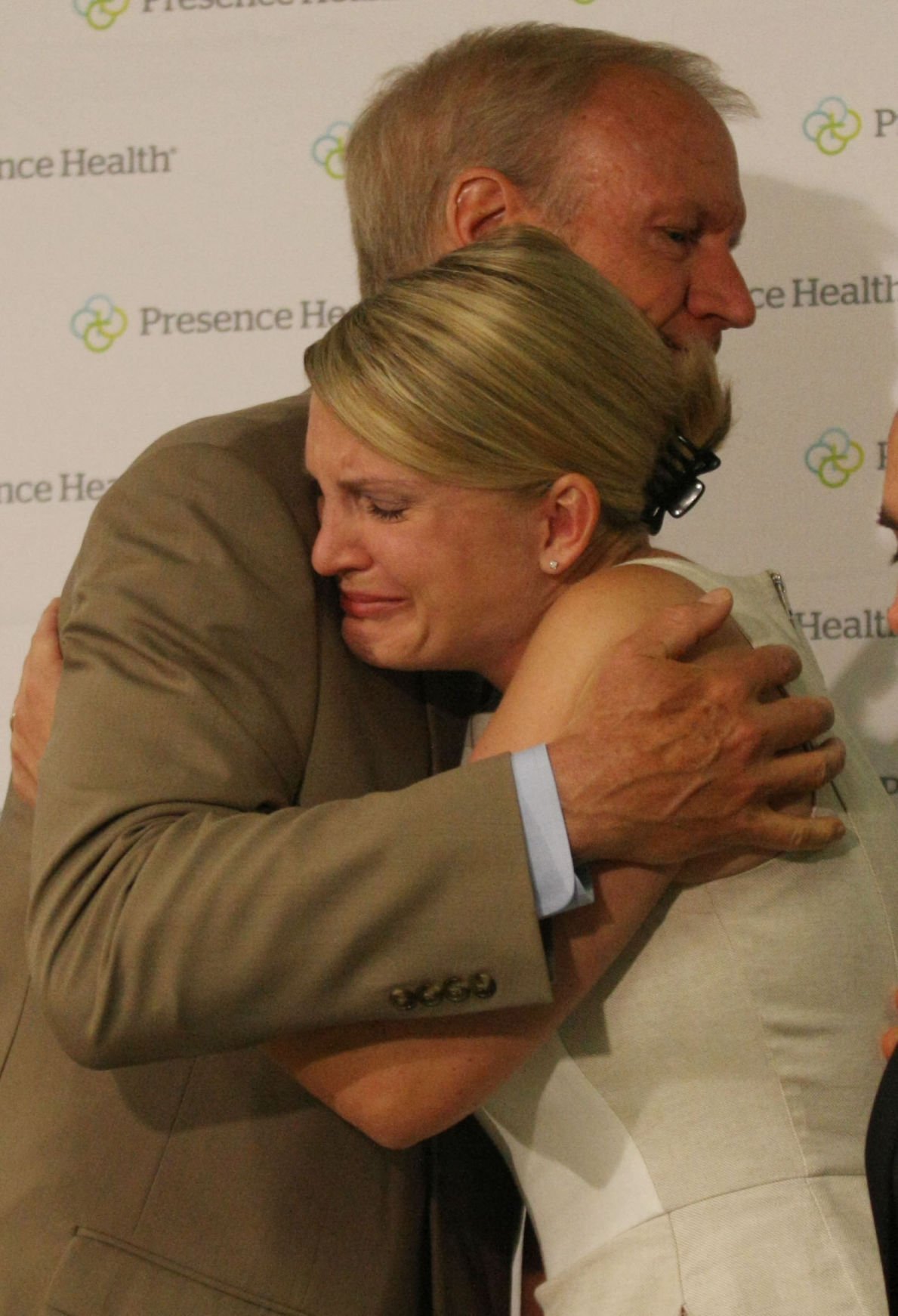 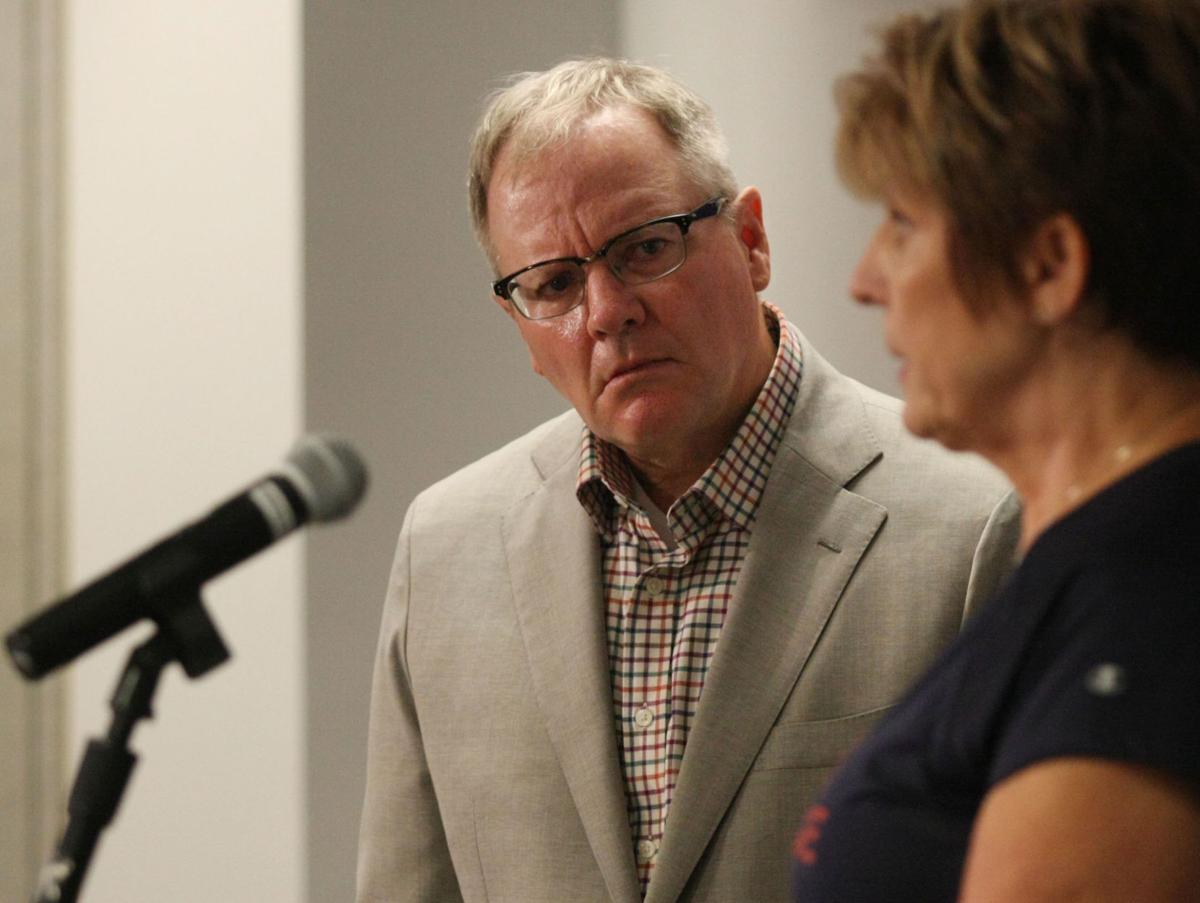 URBANA -- The night his 5-year-old daughter died, Tony Galbo said to anyone who would listen: "No parent should ever have to do this. There should be Gabby's law."

"We didn't want another family to go through what we went through," Tony Galbo said. "The state of Illinois needs to take care of its citizens, and today, with this law, it's doing that."

On May 11, 2012, Gabby Galbo died from sepsis, the body’s life-threatening response to an infection that can lead to tissue damage, organ failure and death. Gabby developed sepsis from undiagnosed Rocky Mountain spotted fever.

Gabby's Law, Senate Bill 2403, requires hospitals to "adopt evidence-based protocols for the early recognition and treatment of patients with sepsis, severe sepsis or septic shock that are based on generally accepted standards of care. It requires the protocols contain certain components, including those specific to identifying and treating adults and children."

“This bill is an example of good public policy that will save lives,” Rauner said. “But we are saddened, because it was due to the loss of 5-year-old Gabby Galbo that this legislation was sent my desk. Gabby’s Law will save lives while honoring this little girl's legacy. It will have a tremendous impact in Illinois for years to come.”

Elizabeth Galbo was emotional, sobbing as she held her daughter Giada.

"When we first went to Rep. (Bill) Mitchell and Sen. Chapin (Rose), I wasn't sure where it was going to go, or how far it was going to go," Elizabeth Galbo said. "But Sen. Rose took his time. He told us, 'If we're going to do this, let's do it right.'"

Sepsis kills more than 258,000 people in the United States each year, making it the ninth-leading cause of disease-related deaths, according to the Centers for Disease Control and Prevention. It accounts for more deaths each year than prostate cancer, breast cancer and AIDS combined.

"There are over 1.6 million cases of sepsis per year in the United States, and over half of Americans don't know the early warning symptoms," said Kathy Johnson, an operations director and Telehealth team member for the Presence Health system. "We must raise awareness of it."

Early warning symptoms include fever, shivering, extreme pain, discolored skin, extreme sleepiness, confusion and shortness of breath. Anyone with two more of those symptoms should see a doctor. If sepsis is detected early, it can be treated.

"If your health care provider doesn't screen you for sepsis, tell them you want them to," Johnson said.

Read more about Gabby Galbo's story, what caused her death, the effect it's had on the Galbo family and how it motivated them to pursue Gabby's Law.

MONTICELLO — Tony Galbo spends most of his nights lying on the floor by pictures of his deceased 5-year-old daughter, Gabby, crying and thinki…

Nurses spreading the word about sepsis 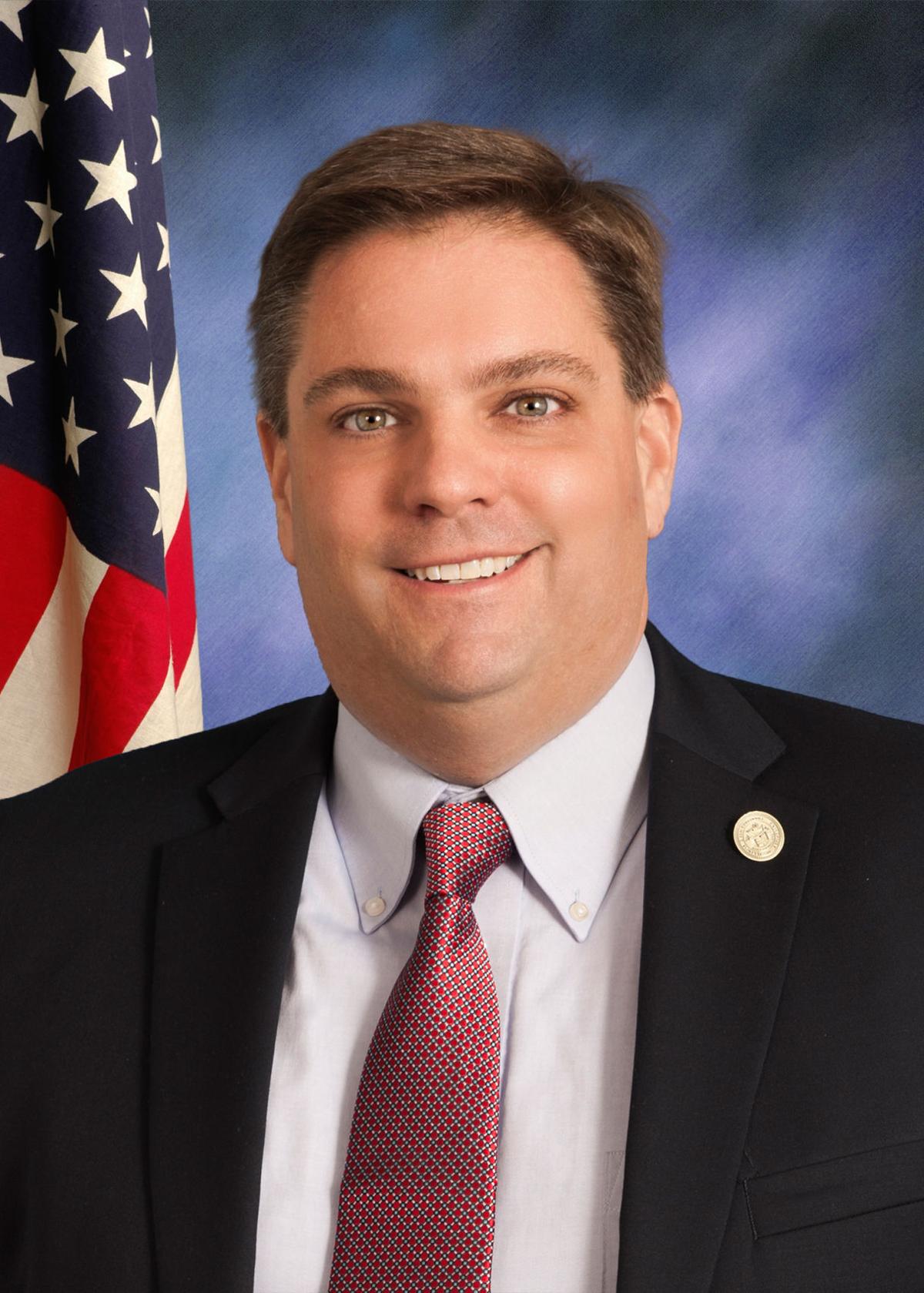