DECATUR — Convinced they have a chance to take the 13th Illinois Congressional district for the first time in years, state Democrats brought out a big name to rally potential Decatur voters: U.S. Rep. John Lewis, D-Georgia, one of the key leaders of the 1960s Civil Rights Movement.

"We can take our country back," Lewis said from the pulpit of the Church of the Living God on South Franklin Street. "We can do it, let's do it."

Lewis threw his support behind the Democratic challenger for the race, Betsy Dirksen Londrigan, a Springfield professional fundraiser locked in a tight contest with incumbent U.S. Rep. Rodney Davis, R-Taylorville.

"Betsy's going to make you proud," he told the audience of Lewis admirers and Londrigan supporters. "She will emerge as a leader in Congress."

Sponsored by the Decatur branch of the NAACP, the event was billed as a get-out-the-vote rally — the NAACP cannot endorse candidates for elected office — but a deep bench of Democratic officeholders were on hand, including U.S. Sen. Dick Durbin of Illinois.

Lewis' appearance was the main draw, said NAACP Decatur Branch President Jeanelle Norman. "He is a Civil Rights icon," she said. "He has paid his dues for America to be a better place to live."

Some attendees after the rally walked to the Macon County building to cast early ballots for the Nov. 6 election.

In the early 1960s, Lewis emerged as a leader in the Student Nonviolent Coordinating Committee, which helped organize the now-famous Freedom Rides and lunch counter sit-ins.

He was one of the leaders of the 1963 March on Washington, a defining event in the movement for racial integration that included the Rev. Martin Luther King Jr.'s "I Have a Dream" speech on the National Mall.

In 1965, Lewis gained national prominence when he helped to lead some 600 demonstrators across the Edmund Pettus Bridge in Selma, Alabama, to protest voter suppression of African Americans in the state.

Lewis was elected to Congress in 1987, and has since represented a large portion of Atlanta in the House of Representatives.

The congressman recalled growing up and experiencing segregation, questioning his elders about why he saw signs designating different areas for white and black people. He was told, “That’s the way it is,” and not to get into trouble, he said.

But as he grew older, Lewis was inspired to do just that, he said, adding that it is time for “all of us in this district to get into trouble.” He said Londrigan’s leadership and voice were needed in Congress.

Londrigan praised Lewis’ legacy in the Civil Rights movement, saying he has stood on the right side of history and she plans to do the same.

“I will stand on the right side of history, and I won’t back down, and I will cause some good trouble,” she said.

She focused her remarks on concerns she said come from voters on the campaign trail — the need for jobs in the area, federal benefits for seniors like Social Security and Medicare — and themes of unity.

"You’re telling me that you need a government that works for all of us, one that doesn't pick winners and losers, one that doesn’t divide brothers and sisters, black from white, men from women," she said. "We are all Americans, we're all living here in Central Illinois together and we all deserve a better life."

The visit from Lewis comes the same day the Londrigan campaign reported raising nearly $1.7 million from July to September, when Davis' campaign brought in $703,000 — putting them closer in fundraising totals for the entire election cycle. Through the end of September, Davis' remaining campaign cash of $1.26 million edges out Londrigan's by about $140,000, according the Federal Election Commission reports filed Monday.

In a statement from his campaign, Davis said he has immense respect for Lewis as a colleague in the U.S. House of Representatives and Civil Rights icon. "While we may differ sometimes on policies, I will continue to work with him to make this country better for the next generation," he said.

Davis has seen national party leaders mobilize to the district on his behalf as well. Vice President Mike Pence spoke at a Springfield fundraiser on Friday to encourage support for the incumbent.

Davis has cruised to victory each election cycle ever since he eked out a win in 2012 for what was then an open seat. In a election year many political observers have deemed favorable for Democrats, national campaign committees of both parties have stepped up campaign efforts and spending in the district.

The two campaigns each released polls last week showing different results: The Davis campaign on Wednesday issued data from the group American Viewpoint, which specializes in Republican clients, that showed Davis with a 13 percent lead on Londrigan. Earlier last week, a poll by Democratic firm GBA Strategies gave Davis a 1 percent edge in the race.

Londrigan and Davis will soon meet in Decatur for an Oct. 22 debate, co-sponsored by Millikin University, the NAACP, Herald & Review, WAND-TV, WSOY and NowDecatur.com. The event will take place at 6 p.m. in Millkin's University Commons, and is free and open to the public.

DECATUR — The Macon County clerk's office has had about 1,700 voters and 2,000 requests for absentee ballots, a signal of strong interest as t…

Where road projects are planned this week in the Decatur region 🚧

DECATUR — The following is a list of areas in which road work is scheduled to take place during the next week, according to local and state of…

How would the Illinois attorney general candidates address the opioid crisis? We asked, they answered.

'Why are you here?' Decatur's annual MLK banquet calls for action

DECATUR — Standing in front of a near-capacity crowd Friday at the Decatur Conference Center and Hotel, Roland Martin posed a question to his … 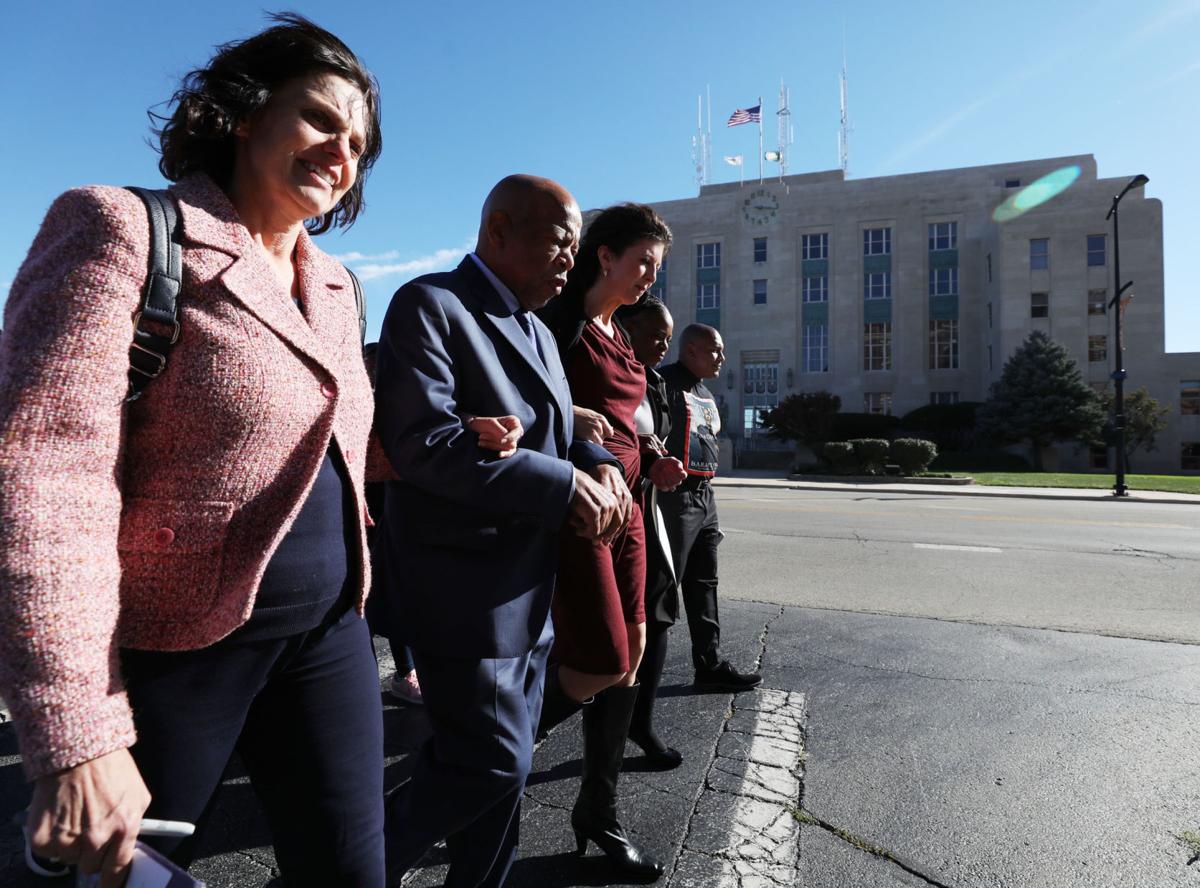 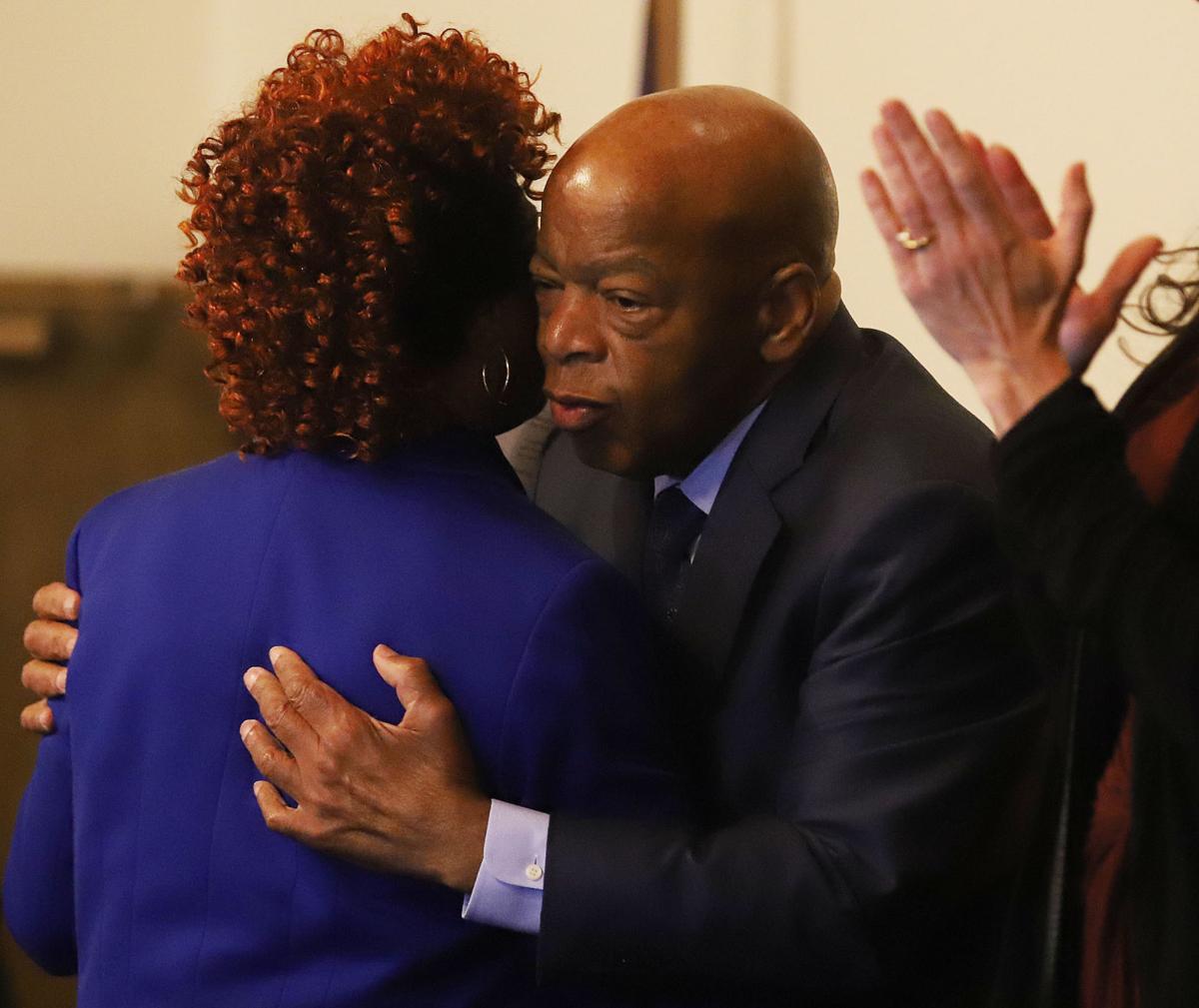 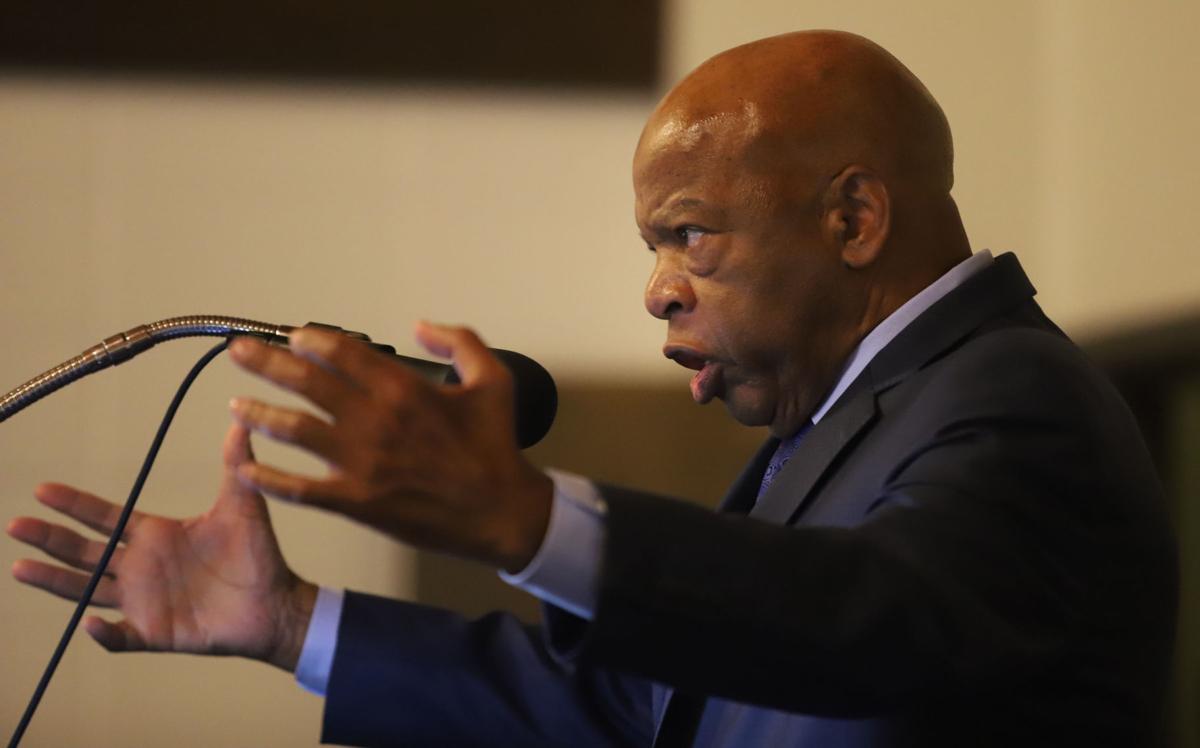