DECATUR — Just over one month after making public plans to run for Macon County sheriff in 2022, Howard Buffett is dropping out.

The 66-year-old Decatur philanthropist, businessman and former sheriff announced Saturday that he is suspending his campaign, citing uncertainty over his eligibility and desire to prevent more instability following the 2018 sheriff's election, which was resolved just a week ago.

"When I consider these two factors, I have concluded that it is not in the best interest of the community or the sheriff's office to enter into a 2022 campaign that could bring additional uncertainty and potential for dispute to the election process," Buffett said in a statement.

Buffett cited the sweeping criminal justice reform legislation signed by Gov. J.B. Pritzker earlier this year, which changed eligibility requirements for sheriffs. As currently written, Buffett said it's "open to interpretation" whether he meets the requirements.

Buffett was appointed sheriff in 2017 following the retirement of Thomas Schneider. He completed the final 14 months of Schneider's term, vowing not to run for a full term.

Before that, he was a volunteer in the sheriff's office.

“Howard received a waiver from the state training and standards board for his extensive previous law enforcement experience. Many of us, including myself, thought that the waiver and the 705 certificate were equivalent," Schneider said. "Unfortunately that is not the case."

"It is very unfortunate for the community Howard is currently denied the opportunity to run for the sheriffs office," he said. "His motivation is to serve the community. I think he has clearly proven that not only when he served as sheriff but through his other actions and his commitment to the citizens of Macon County. “

Buffett's reversal comes just over a week after Sheriff Tony Brown announced his retirement, allowing Jim Root to take office and thus resolving the legal battle over who won the 2018 sheriff's election.

Root is expected to take office later this month.

Buffett planned to run as a Republican. If he had stayed in the race, he would have been looking at a contentious primary against Root.

A candidate fundraising committee in support of Buffett's bid was opened last October, according to documents filed with the Illinois State Board of Elections. Buffett was the committee's sole contributor.

But the campaign truly went live when at least three billboards reading "Elect Howard Buffett for Macon County Sheriff 2022" went up around Decatur in early May.

Buffett campaign officials acknowledged his candidacy and teased a more formal announcement in the weeks to follow. But, that announcement never came.

The son of multibillionaire investor Warren Buffett, Howard Buffett came to Decatur in the 1990s to work for Archer Daniels Midland Co. His foundation has donated millions of dollars to Decatur-area projects, including to the sheriff’s office.

Warren Buffett is the CEO of Berkshire Hathaway. That company sold its newspaper division last year to Lee Enterprises Inc., the parent company of the Herald & Review.

16 times Decatur was in TV and movies

Jim Root will be sworn in as the new sheriff of Macon County during a ceremony Monday, June 21.

Former Lt. Jim Root was sworn in as Macon County Sheriff Monday in a Decatur Law Enforcement Center ceremony packed with more than 70 well-wishers and friends.

Putting aside any doubts, Macon County Sheriff Jim Root announced Wednesday that he will seek reelection in 2022. 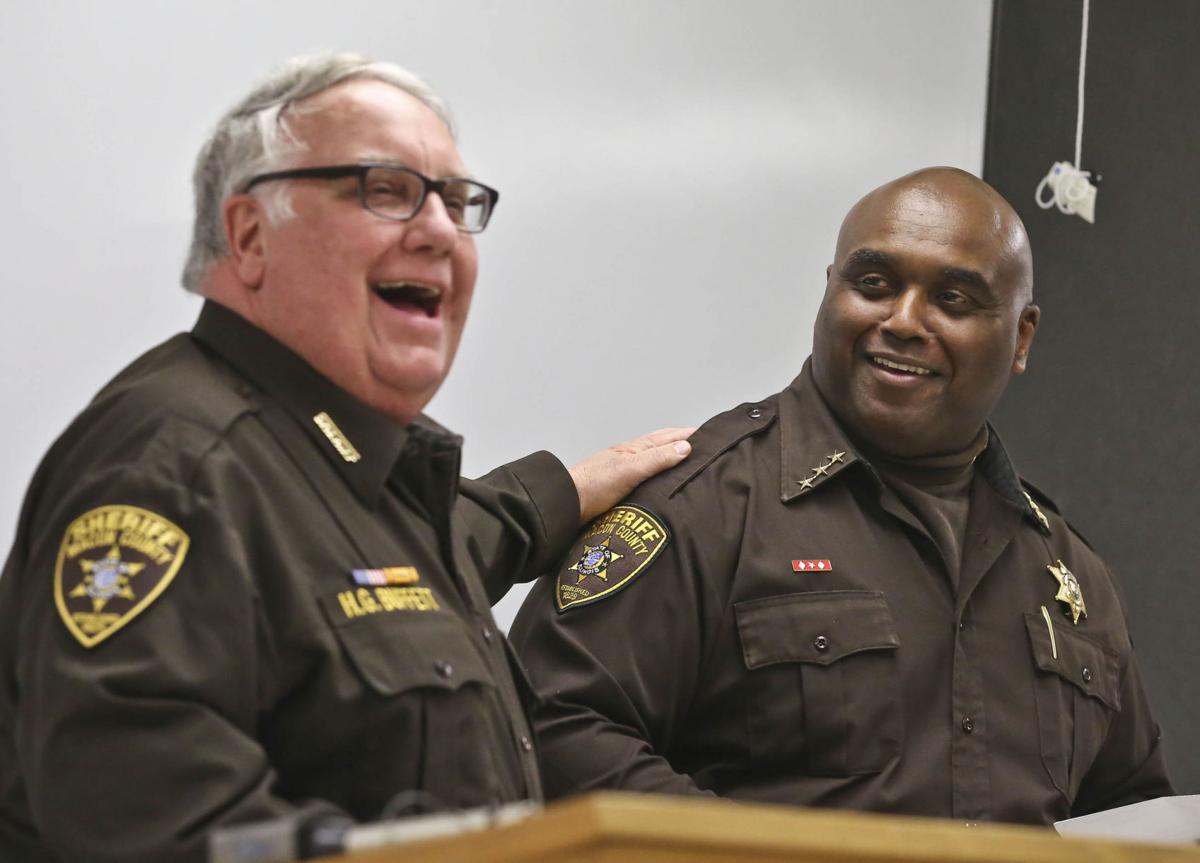 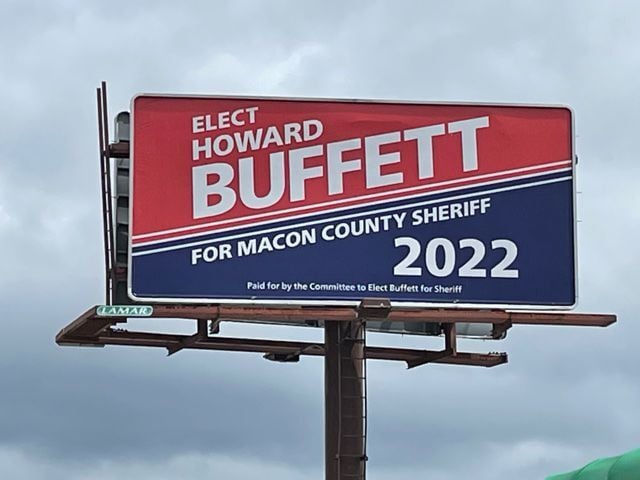 A billboard in the 900 block of West Eldorado Street promotes a run for Macon County sheriff by Howard Buffett. Buffett served as interim sheriff before the November 2018 election.