60,000 in Southern California to evacuate after blaze grows

TAYLORVILLE — Hundreds of people of all ages laid for nine minutes on the warm asphalt in front of the Christian County Courthouse on Thursday evening, silent except for one voice pleading for mercy.

"I can't breathe." Chadwick Workman cried as he read the last words of George Floyd, an unarmed black man killed May 25 after a white Minneapolis police officer kneeled on his neck. Floyd's final moments were captured by a cellphone video that sparked protests across the country. "Everything hurts. My neck hurts. They're gonna kill me. I can't breathe."

The period of silence was part of a peaceful demonstration that included a march through Taylorville's historic district. Workman led what he estimated as over 300 people holding signs with sentiments including “black lives matter,” “white silence is violence” and “justice for Floyd.”

Workman, a Taylorville native who also recently played a role in organizing Black Lives Matter protests in Springfield, said the protest was meant to unify the community.

“George Floyd brought us here. The racism that I experienced growing up brought me here,” Workman told the Herald & Review before the march. “I don’t want my kids or my kids’ kids to deal with the same issues that I am dealing with and that my grandparents dealt with.”

The march stepped off at 6:30 p.m. near the First Presbyterian Church, 116 E. Franklin. As protesters walked toward the courthouse, which sits in the center of the Taylorville Square, employees of local businesses handed out water. The crowd heard over an hour of speeches, which included the nine-minute period of silence to honor Floyd.

Former Officer Derek Chauvin, who kneeled on Floyd's neck, has been charged with second degree murder. The three other officers at the scene were charged for the first time on Wednesday with aiding and abetting second-degree murder and second-degree manslaughter.

Protests have been held in every major city across the U.S. and many Central Illinois communities, including Decatur, Champaign, Springfield and Bloomington-Normal. Some have been followed by looting, riots and clashes with police.

There was no sign of trouble developing Thursday evening in Taylorville, where members of law enforcement also took part in the event and addressed the crowd. Protesters who spoke also encouraged others in attendance to exercise their voices peacefully to have their message heard.

Makiyah Richmond, a Springfield resident, encouraged the crowd on Thursday to have difficult, uncomfortable conversations about race so that change could start with them.

“Everybody has a piece in the puzzle, every puzzle piece completes the picture so never feel like you don’t have to play a part,” Richmond said. “There needs to be enough care to where you don’t record somebody about to die, you go save them before they die.”

Co-organizer Misty McPeek said the event was not meant to single out law enforcement in Taylorville, but to show unity for local residents and to educate children on the issue. McPeek has three biracial sons; Richard, 18; EJ, 15; Devon, 12.

“There is a racial issue in our America,” McPeek said. “Our biggest goal is to encourage and teach children there is a better way to fix that then what is currently happening. I’m hoping they will see how we are uniting in this protest and in those across the country and learn from that going forward.”

McPeek said she cried as she watched protesters marching into the town square. "Growing up in Taylorville as some of you have, the ones who are from here, you understand that while racism isn’t an issue for everyone, it is an issue for some," McPeek said, standing behind a sign that read, "All moms were summoned when George Floyd cried out for his mom."

She said she couldn't imagine her own children experiencing what happened to Floyd.

"Today begins the difference," she said. "Today we say no more. Because they can’t breathe. And because my kids can’t breathe, neither can I."

Taylorville Police Chief Dwayne Wheeler said he had anticipated a peaceful event after coordinating with Workman and had advised nearby business owners that they did not need to board up their windows as a precaution. Instead, he told them to stay in their facilities with the lights on.

Wheeler's birthday was Thursday, and Workman led the protesters in singing "Happy Birthday" before he addressed the crowd, praising the strength of the Taylorville community.

Christian County Sheriff Bruce Kettelkamp said the priority for law enforcement is "to keep everybody safe, no matter what color they are."

“I want you to know that every law enforcement officer in Christian County is sickened by what happened by those four officers in Minnesota,” Kettelkamp said, adding that he believed that law enforcement has to do a better job in recruiting and training and that it should have been done a long time ago. “We will get it done. We will treat everybody equal.”

Wheeler said the event was necessary and thanked the Taylorville community.

“This needed to happen,” Wheeler said. “I love the engagement that we have with this community. I feel it is getting stronger and stronger every day.”

Visit herald-review.com to see video of the protest in Taylorville.

"Let this city see your power," co-organizer Jacob Jenkins said, leading the crowd. "We want the world to see what Decatur has done peacefully."

As protests continued in cities across the country Saturday, the organizer of a prayer service in Central Park said he was seeking to bring people together.

'Defund the police'? Decatur, Macon County leaders weigh in on the call from some protesters

Activists across the country are calling for change in how police departments are funded and structured. Here's what Decatur and Macon County community and law enforcement leaders have to say.

The crash happened at 2:02 p.m. and closed the roadway as crews investigated.

Protesters lie on the ground in front of the courthouse in Taylorville for nine minutes to represent the time that a Minneapolis police officer kneeled on George Floyd's neck before Floyd died. More photos and video at herald-review.com 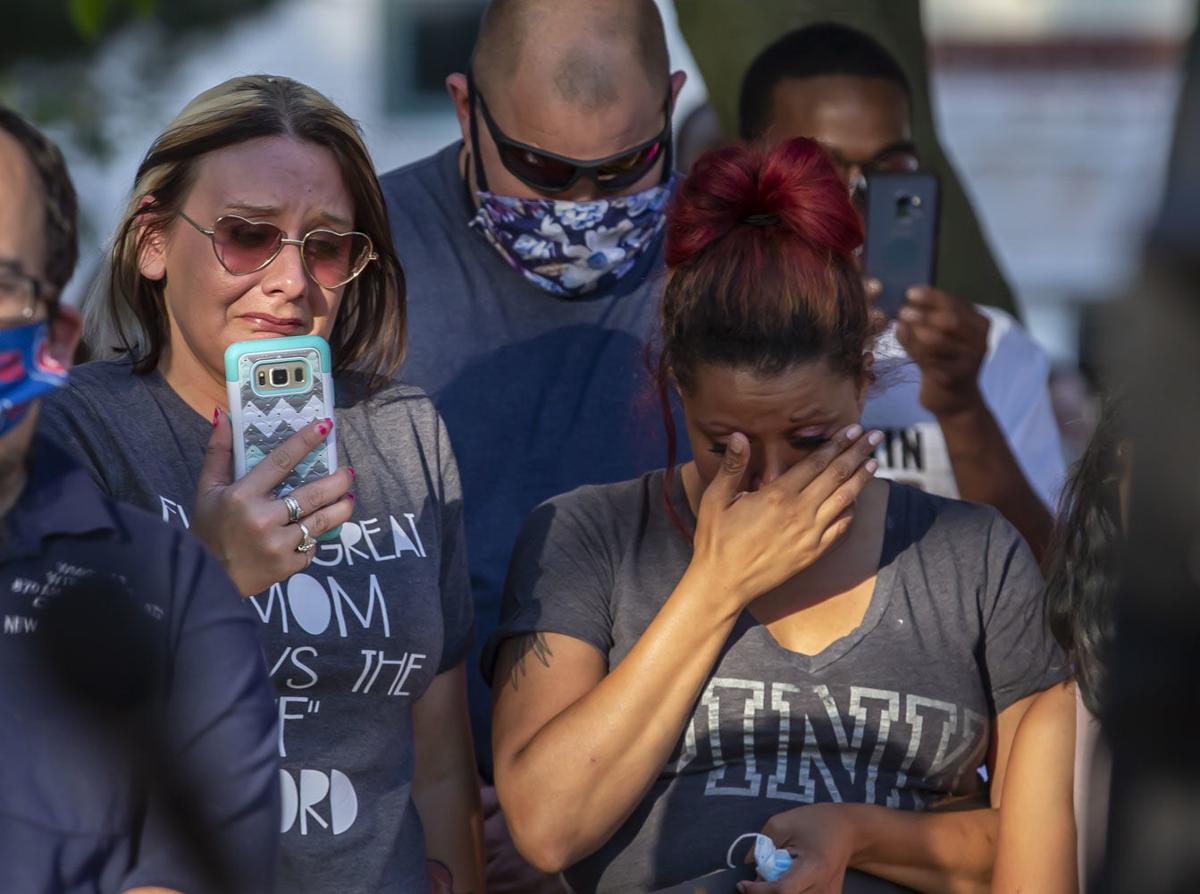 Heather McIntyre, left, and Candice Grigsby tear up during nine minutes of silence during a protest Thursday in Taylorville. The last words of George Floyd, including "I can't breathe" and calls for his mother, were read aloud. 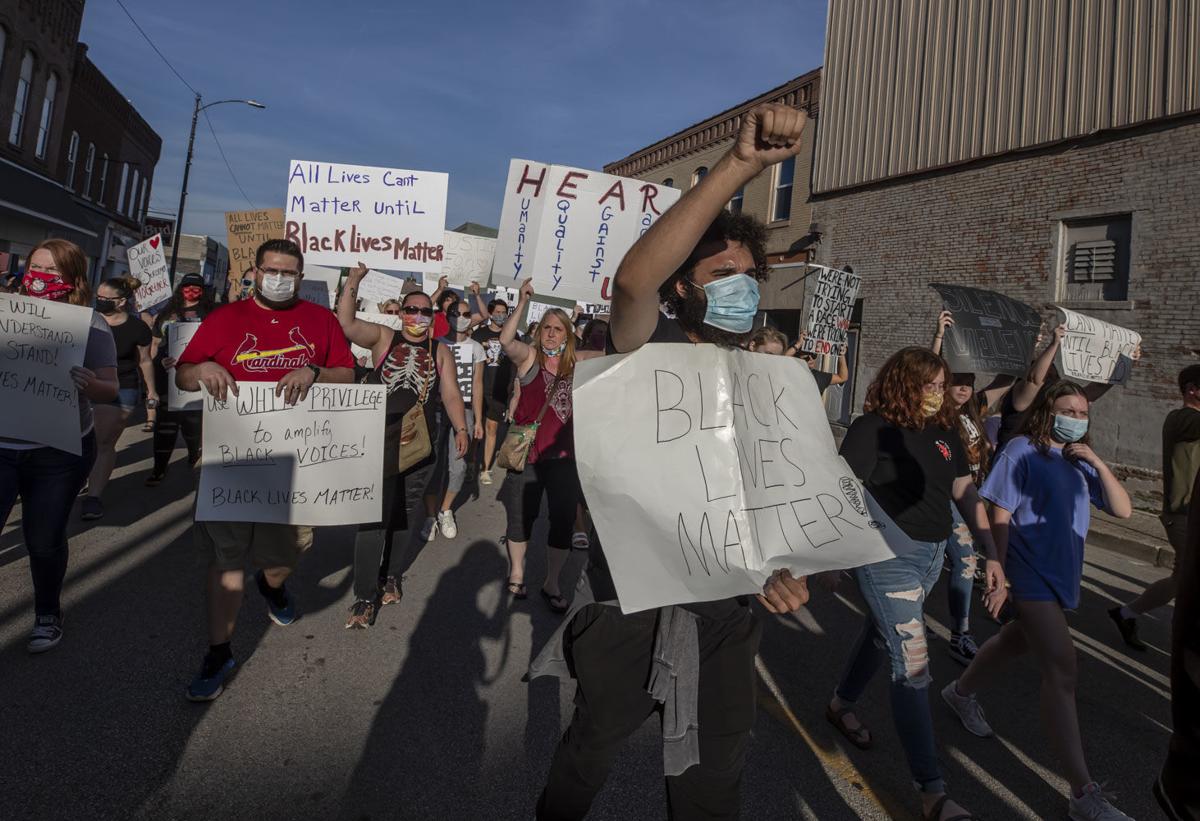 Anthony Cherry, center, marches with others in Taylorville on Thursday during a protest held in honor of George Floyd. 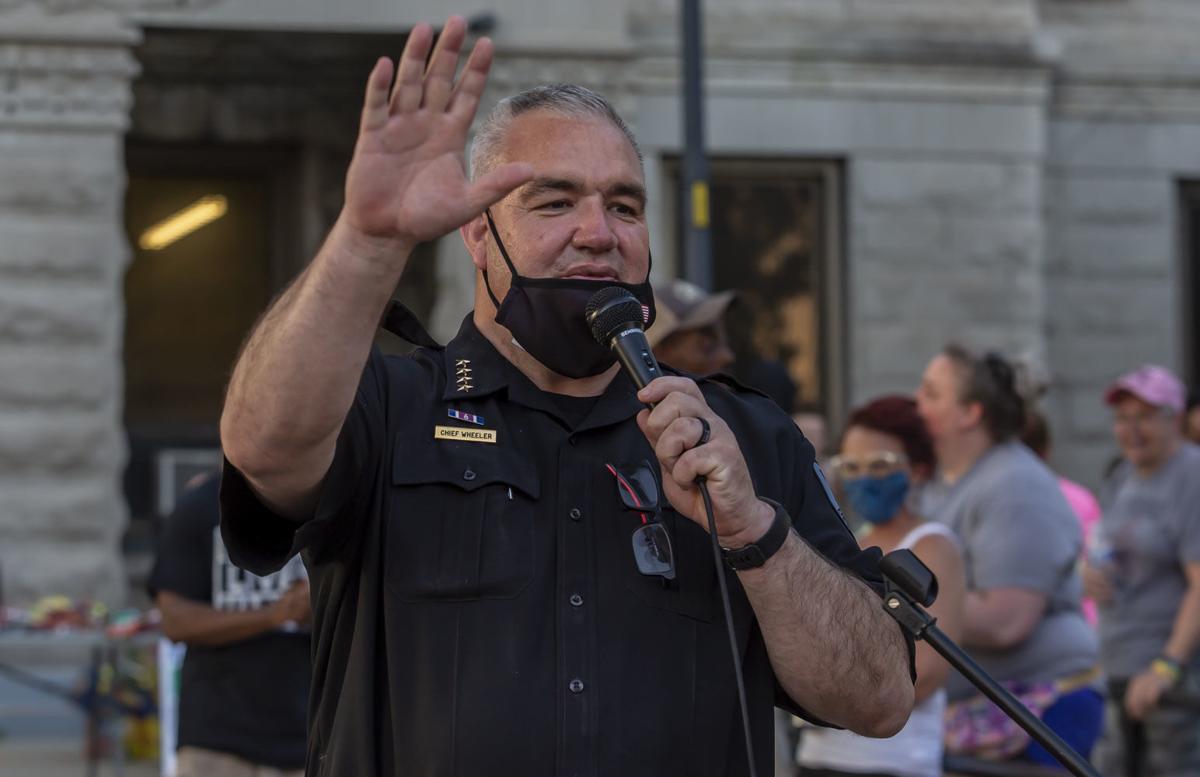 Taylorville Police Chief Dwayne Wheeler addresses the crowd Thursday in front of the Christian County courthouse. It was Wheeler's birthday, and protesters sang "Happy Birthday" to him before he spoke. 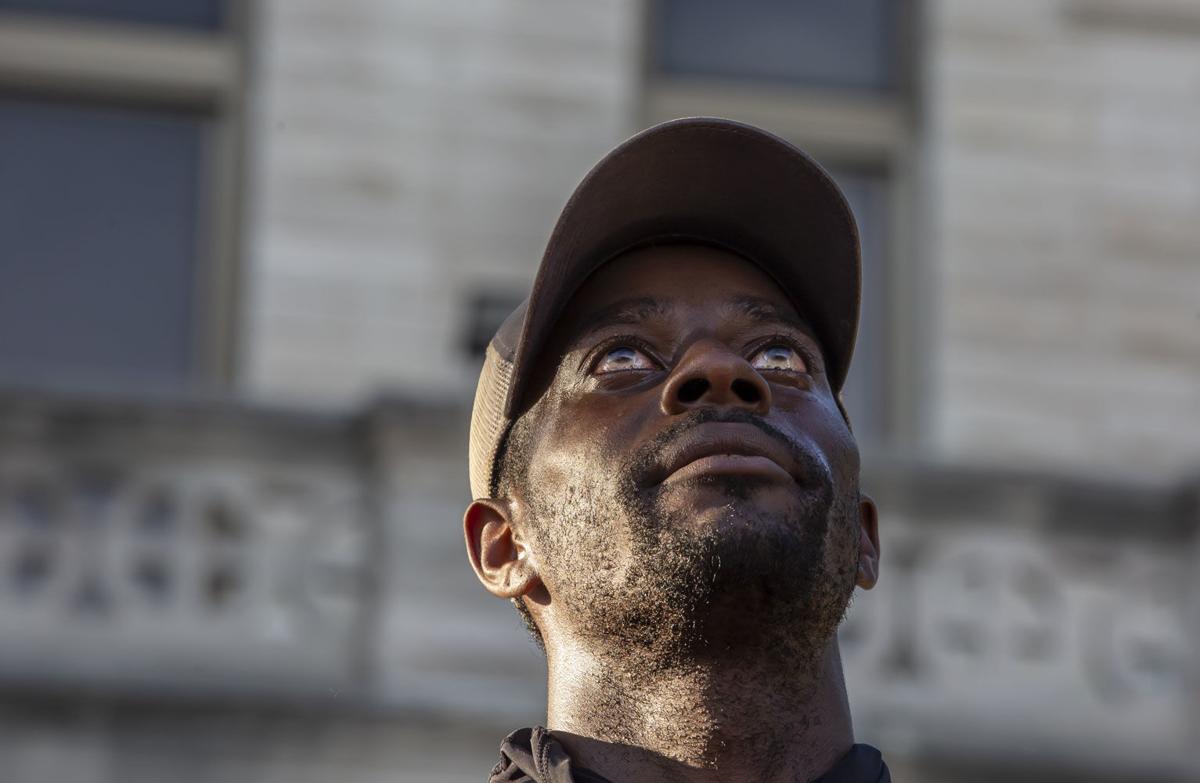 Organizer Chadwick Workman tears up during a demonstration in Taylorville to honor George Floyd, who was killed in Minneapolis police custody. Workman read Floyd's last words to the crowd.