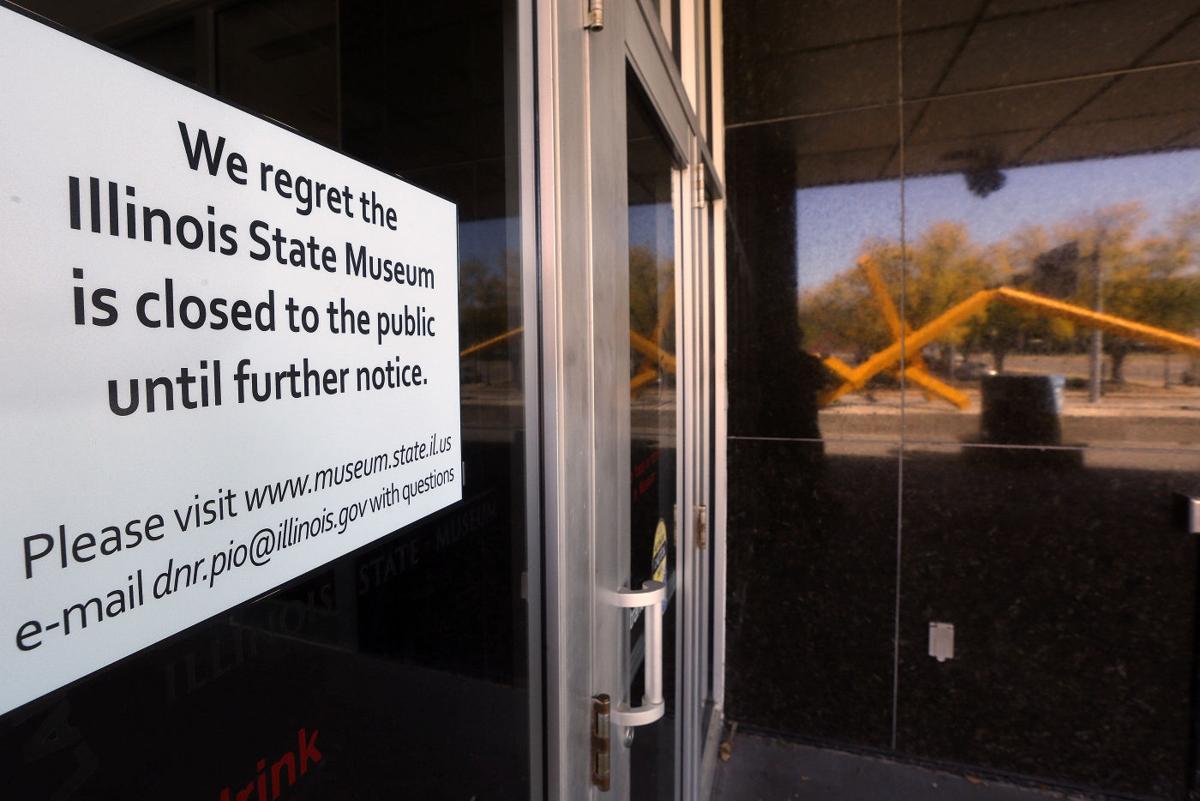 In this Oct. 1, 2015 file photo, the reflection of a sculpture highlights the closing notice on the front door of the Illinois State Museum in Springfield. 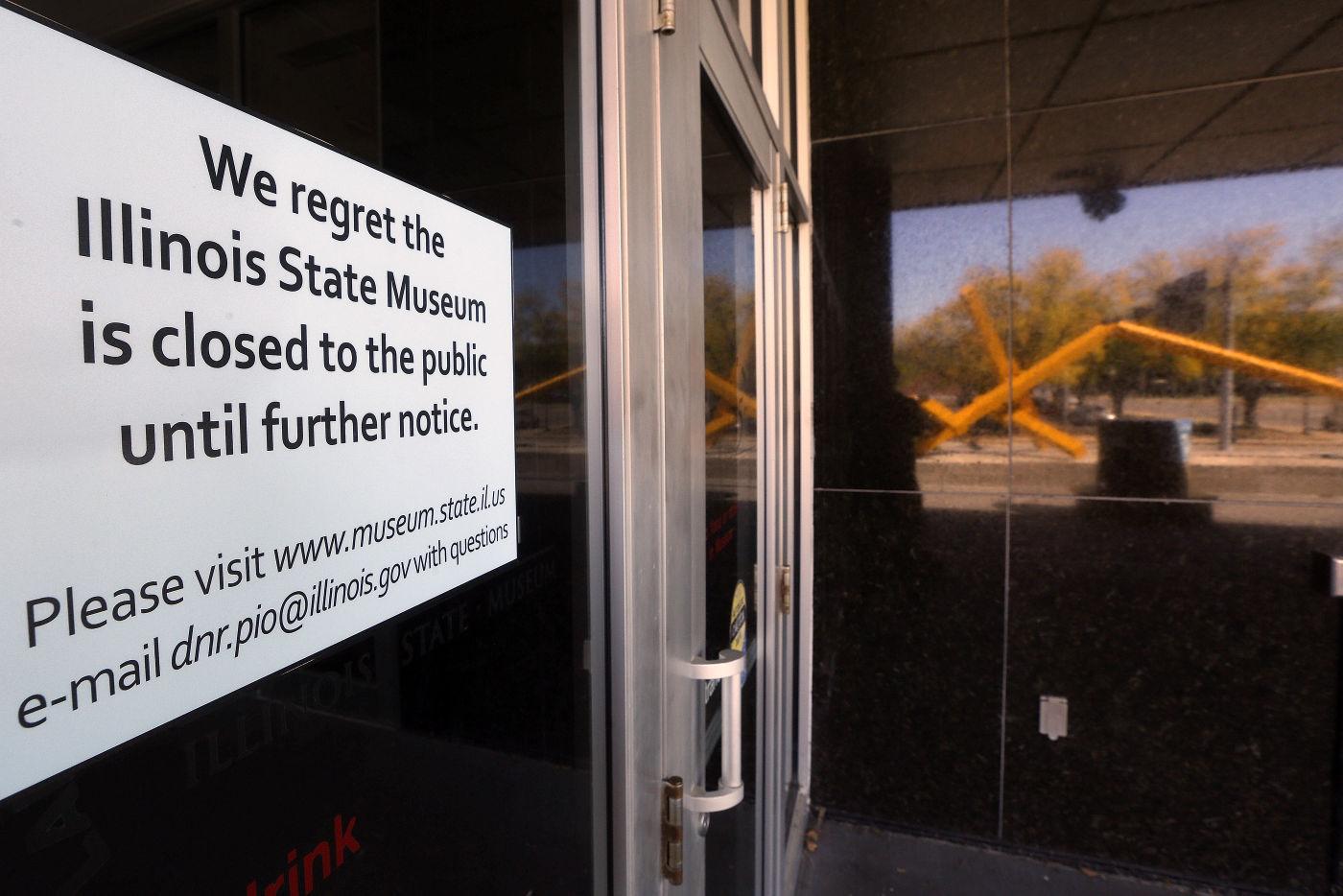 In this Oct. 1 file photo, the reflection of a sculpture highlights the closing notice on the front door of the Illinois State Museum in Springfield.

SPRINGFIELD -- More than 40 employees of the shuttered Illinois State Museum are finishing up their first month of reporting to an empty building.

And, based on the lack of a state budget, state labor law and an ongoing court case, it could be a lengthy wait before they'll be sharing their workplace with visitors again.

Although the Illinois Department of Natural Resources says the employees are indeed working, there are questions about exactly what they are doing each day without visitors or a management team in place.

On Wednesday, the lights were on in the locked building's upper floors. But state museum board Chairman Guerry Suggs of Springfield said workers who formerly dealt with the public wouldn't likely have much to do.

The mothballed museum is one piece of the fallout stemming from the inability of Republican Gov. Bruce Rauner and the Legislature to get a spending plan in place for the fiscal year that began July 1.

Lawsuits and other court-ordered agreements have allowed much of state government to continue operating.

But, Rauner closed the museum and its satellite facilities on Oct. 1 and tried to lay off all of the workers to save an estimated $4.8 million. The American Federation of State, County and Municipal Employees union and other labor organizations pushed back, saying the layoffs cannot happen until certain steps are taken, including formal grievance procedures and arguments before a St. Clair County judge.

Meantime, a separate committee met last week to discuss ways to reopen the 136-year-old museum, which is in danger of losing its accreditation.

Among those attending the Oct. 20 session was Lisa Weitzel, who is a member of the Illinois State Museum Society Board.

"I am cautiously optimistic that there is a desire to figure things out," Weitzel said.

But, she added, "Without a budget, I don't know that there can be much if any forward movement."

State Rep. Tim Butler, a Springfield Republican who co-hosted the meeting, agreed that getting a spending blueprint in place is key to the museum's future.

"It's going to be hard to open it until we get a budget," Butler said.

The other co-host, state Rep. Emily McAsey, D-Romeoville, said having workers going to the shuttered museum each day without opening it up to the public doesn't make financial sense.

Future of state museum with Rauner

SPRINGFIELD – Illinois lawmakers offered some hope Tuesday to fans of the Illinois State Museum and its satellite facilities, but a final deci…

SPRINGFIELD – Gov. Bruce Rauner vaulted into office this year on the strength of a long-held theory among conservatives: that a successful bus…

Lincoln museum director out as part of shake-up

SPRINGFIELD – With the clock ticking down on the Illinois State Museum, Annie Furfjord traveled to Springfield Wednesday for what could be a f…

In this Oct. 1, 2015 file photo, the reflection of a sculpture highlights the closing notice on the front door of the Illinois State Museum in Springfield.

In this Oct. 1 file photo, the reflection of a sculpture highlights the closing notice on the front door of the Illinois State Museum in Springfield.