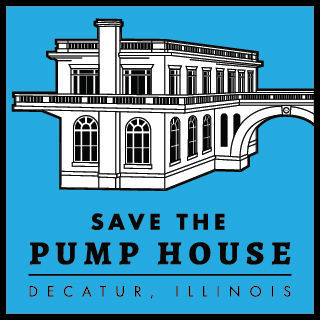 The organization formed to try and save the Staley pump house now has its own logo. 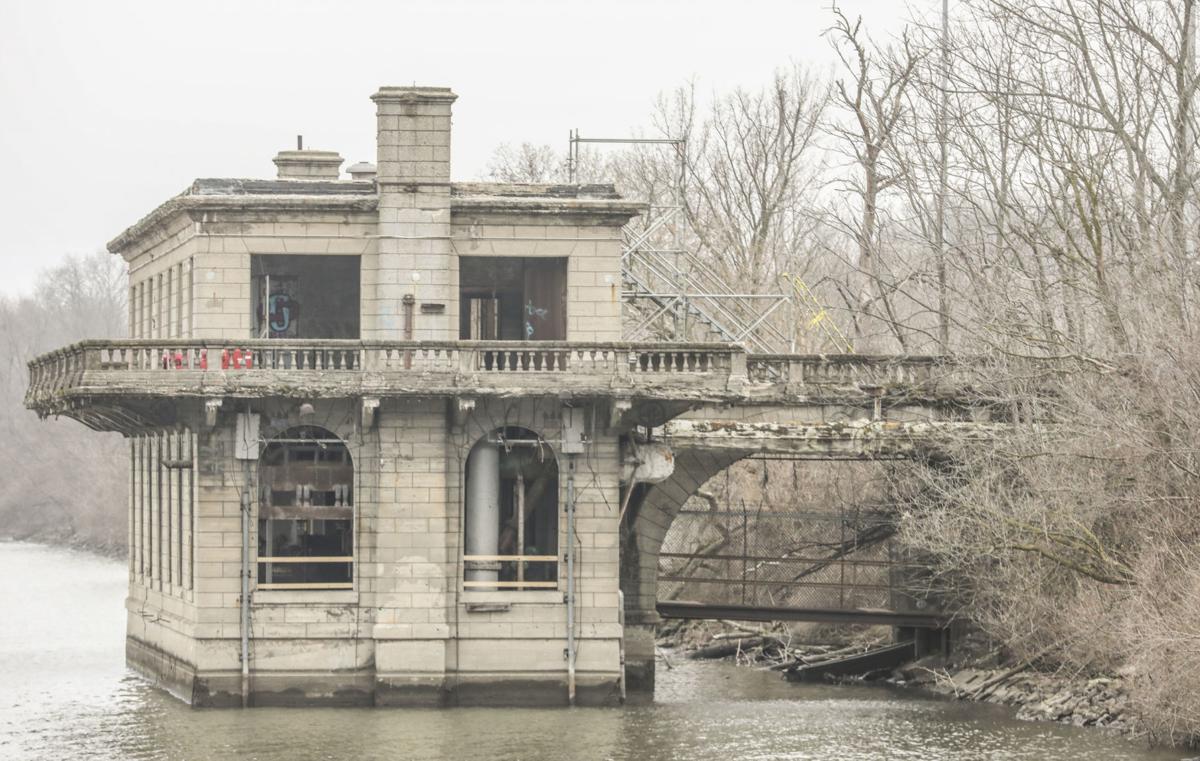 The Decatur Pump House is shown Jan. 3 on Lake Decatur. A “Save the Pump House” meeting was held Monday at the Decatur Public Library. 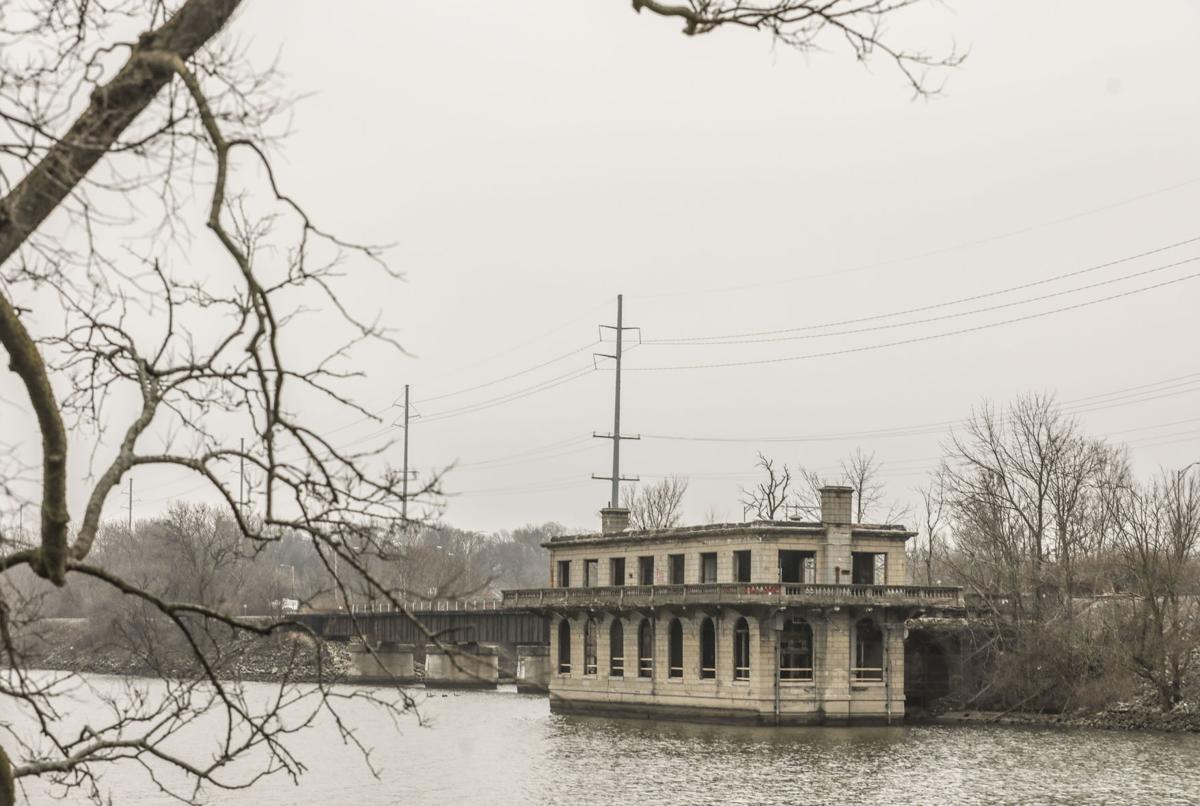 Crews are preparing the Staley Pump House, shown on Jan. 3, for demolition.

DECATUR — The battle to save the former A.E. Staley Mfg. Co pump house looks set to shift to London after Decatur-based managers for British-based Tate & Lyle, the current owners, said they plan to press full steam ahead with their demolition plans.

Leaders of the Save the Pump House group fighting to preserve the structure told a public meeting Monday night they have now written to Tate & Lyle’s Chief Executive, Nick Hampton, requesting a meeting.

“And we’ll meet him in London if they want, we’ll meet him wherever,” said Bret Robertson, the Save the Pump House chairman. Robertson warned that demolition of the pump house posed a “public relations disaster” for Tate & Lyle and said if local management isn’t interested in talking, maybe the man at the top of the company would be.

Tate & Lyle confirmed plans to demolish the century-old structure off U.S. 36 in August. The Save the Pump House group launched in the following months, and has taken its case to Decatur City Council members and the company's leaders.

Robertson on Monday was reacting to a letter from Chris Olsen, vice president for community and government affairs for Tate & Lyle, which essentially told the pump house supporters the company did not want to save the building.

“... We maintain that the safe and swift removal of the pump house remains the responsible course of action,” said Olsen. He said the deteriorating condition of the building, built in 1919 and disused for pumping water to the crop processing plant, “must be categorized and respected as a risk.”

Olsen continued: “At its core, this structure is an industrial building with all the safety issues inherent in an industrial building of the era: falling from heights, uneven surfaces, constrained access, open water. The safety of our people and the community is our highest priority and delaying plans for safe deconstruction is simply not something we are willing to compromise on.”

The U.S. Corps of Engineers Rock Island District has to sign off on the demolition, however. Robertson said they are aware of Tate & Lyle’s letter and planned to talk to the company about it. Robertson had fired a letter back to the company, copied to the Corps, asking them to reconsider their hard line stance — and save their shareholders a lot of money.

“As a former public company executive, and a Tate & Lyle shareholder myself, I cannot imagine that spending over half a million dollars on demolition is a prudent use of shareholder resources if other solutions are viable,” his letter said.

The $500,000 price tag is the Save the Pump House group’s estimate of the demolition price. They have proposed a multi-phase plan to gradually restore the structure, the once lavishly-decorated upper floors of which were used for hosting public events and parties. Robertson said shoring the building up and fitting it with attractive exterior lighting, phase one, would cost around $65,000

Robertson said public support had gotten the effort to try and preserve the pump house rolling. Now, he said, that public pressure must switch to distant London. He urged people to reach out to Tate & Lyle, and its chief executive, with emails and comments funneled through the LinkedIn professional networking site, which is used by Tate & Lyle. The company email address is mediarelations@tateandlyle.com.

“We have got to try and move this public outcry to London and create that dialogue,” Robertson added. “If we get 2,000 people appearing on Tate & Lyle’s social media and sending emails, they will notice us, and they will respond to us.”

The 40-strong audience at the meeting hosted in the Decatur Public Library appeared in broad agreement with him. Audience member Karen Larson, 78, said much was at stake: “That pump house building is not duplicated anywhere and, if we lost it, we lose part of our history, something that is unique,” she added.

When we succeed in saving the Pump House from destruction, what then is the plan? Let’s first recap recent events:

OUR VIEW: Staley Pump House: Why, how, for whom?

Decatur has a generous heart and a knack for tackling and often winning in efforts against long odds.

Police investigating shots fired at a Decatur apartment complex arrested three men on preliminary gun charges. It's the same apartment where a 16-year-old was shot in the neck Saturday night, police said.

Officials during a council meeting Tuesday announced the return of former assistant city manager, Greg Crowe, who will now serve in a new role with the city.

The organization formed to try and save the Staley pump house now has its own logo.

The Decatur Pump House is shown Jan. 3 on Lake Decatur. A “Save the Pump House” meeting was held Monday at the Decatur Public Library.

Crews are preparing the Staley Pump House, shown on Jan. 3, for demolition.