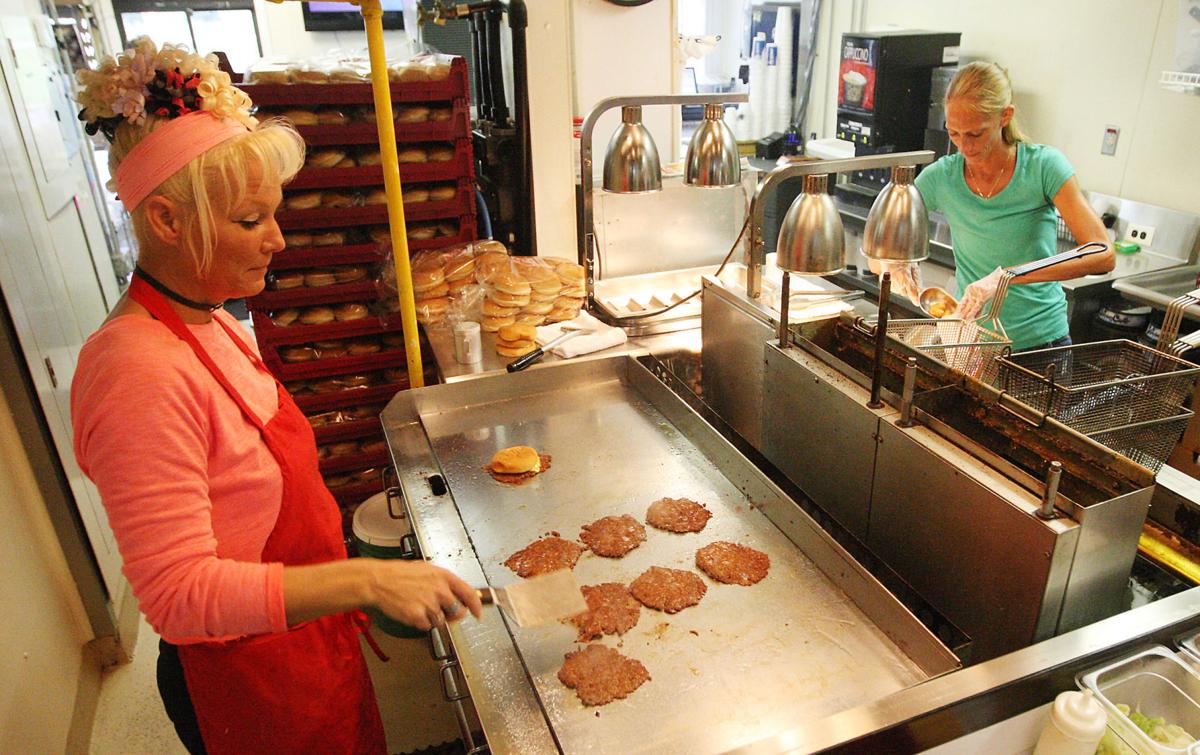 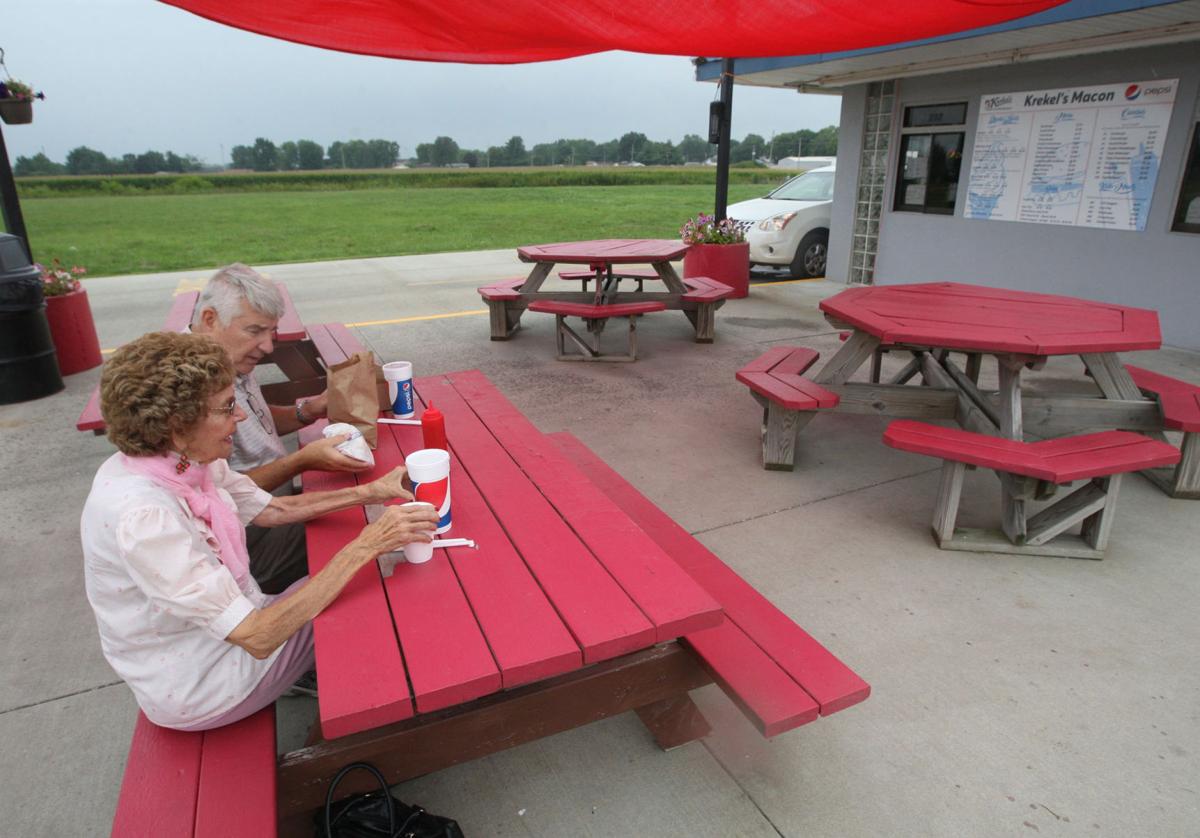 Charlotte Roark and Fred Bogdan have lunch at the Krekel’s. 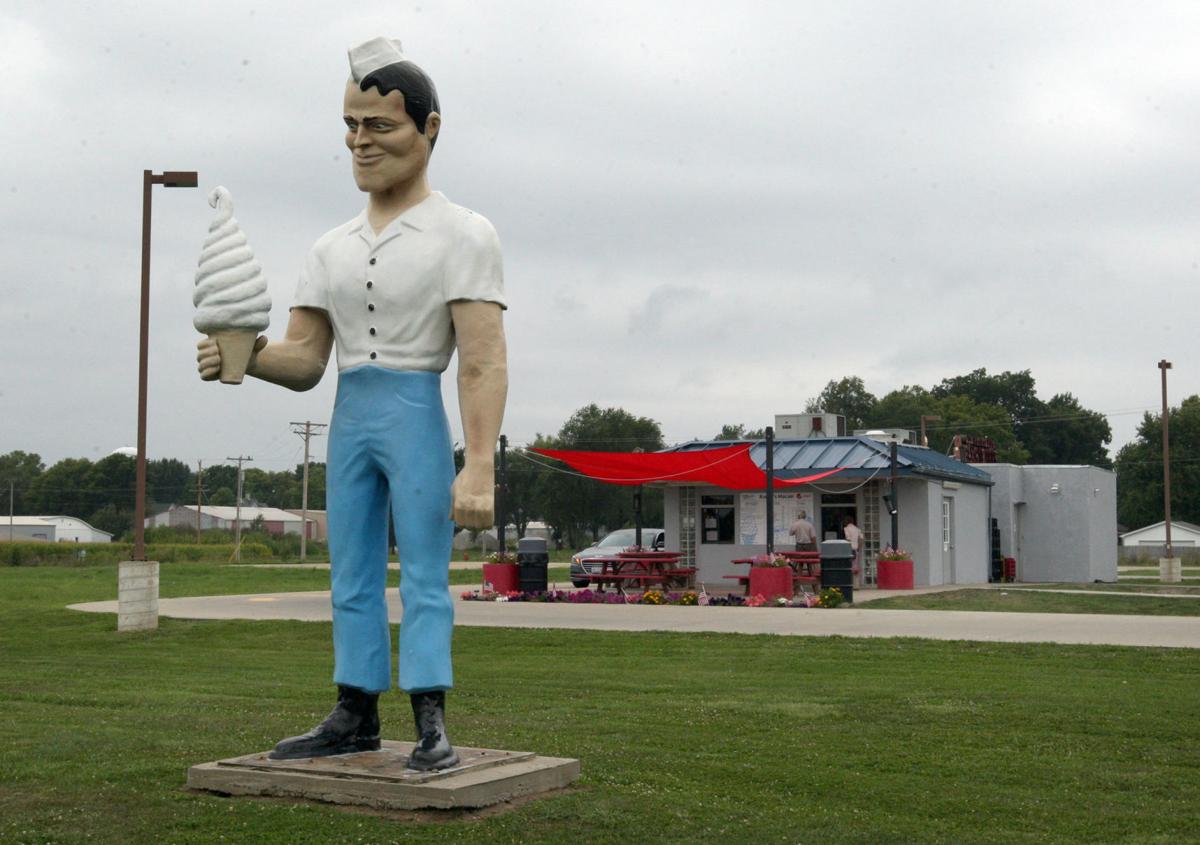 The Krekel’s in Macon opened on June 2, 2017, in the former Chillbilly's building.

MACON — Ever since he was a teenager, Brian Ray knew that he wanted to own and operate his own Krekel’s.

He started working at one of the restaurants owned by his grandfather, William Krekel, at the age of 14. Ray said it was during this time that his grandfather told him he would be the first grandchild to branch out and open a Krekel’s on his own.

However, things didn’t quite go as planned.

“I was the first grandson born, but the last grandson to open a store,” Ray, 54, said. “Which is kind of weird.”

After attempting to open their own Krekel’s about seven years ago, it finally happened for Brian and his wife, Amy, this year. They purchased the Chillbilly’s at 232 Merchant Street in Macon from Pam and Gary Mathias and converted it into a Krekel’s.

When it opened for business on June 2, Brian was surprised by the crowd of hungry and excited customers that greeted him. He didn't tell anyone that the restaurant was opening that day, but the word spread fast on his family's social media pages.

"When we got here, it was about 10:30 a.m. and they started lining up outside," Brian said. "They were lined up almost on the south side of the highway. That's very good for a new business."

The Macon Krekel's joins four Decatur locations, one in Mount Zion, and one in Springfield. All of the restaurants are owned by the elder Krekel's family. Brian said it's what he would have wanted.

"He used to say 'I don't care who owns one, as long as they're family," Brian said.

Not only is the restaurant owned by members of the extended Krekel family, but Brian and Amy's children also work there. Amy said one of her favorite things about operating the restaurant is working with her family every day.

"It's actually kind of nice," she said. "You're free to be yourself. If you're having a bad day, we all talk about it together, you know?"

Brittannee Williams, Brian and Amy's daughter, said working with her parents, brothers and sister also can be hectic at times.

"There's some bad days, and there's some good days," Williams, 25, said. "But we all love each other pretty good. As soon the day is all over, we drop it, and it's all good."

Brian hopes his children and grandchildren will follow his example and branch out with their own Krekel's restaurants in the future.

He acknowledges that he's no longer a "young chicken" and won't be able to run his business forever, which his why he and Amy were intent on getting his children involved in the business.

"Hopefully they carry on the tradition," Brian said. "So far, they're going along with it. It's pretty popular around here."

Jacob Ray, 22, said he's already decided he wants to remain involved in the food industry from this point on. He said it's up in the air if he'll take over the Macon Krekel's or if he'll go into business on his own, but he's enjoyed helping the business thrive in the meantime.

"You actually put your own feelings into it when you work for your parents," Jacob said. "You actually care, as opposed to just working for some random boss. And seeing my parents succeed is awesome."

A strong appreciation for family is a constant for the Rays. Brian and Amy's other daughter, Jordyn Thompson, said "family" extends to the residents of Macon.

Whether she's working the drive through, or making one of Krekel's famous lemon shakes, Thompson looks forward to interacting with the customers whenever they stop by.

As more people visit their restaurant, and more first-time customers become familiar faces, the Ray family is excited to see what lies ahead for Krekel's in Macon. If anything, Brian is confident that the restaurant will prosper if they keep giving the people what they want: that fresh, Krekel's taste.

Looking Beyond Tomorrow: Stories from Outlook 2017

Check out the full section here!

MACON — Krekel's will open a location in Macon on Thursday.

No timetable set for Krekel's reopen after fire

DECATUR — The Krekel's Kustard at 2320 E. Main St. will rise again, but it could take a few months, employee Taylor James said.

Our Facebook live video of Friday's fire at Krekel's Kustard on U.S. 36 near Nelson Park was one of the most-viewed, most-shared and most-comm…

MOUNT ZION — A new restaurant, Las Margaritas, has opened in the spot formerly occupied by La Hacienda in the strip mall near the Mount Zion C…

EDWARDSVILLE — Police at Southern Illinois University Edwardsville are investigating two incidents on campus last week, one that involved a ra…

Where did the Krekel's chicken cars go? We found out.

Charlotte Roark and Fred Bogdan have lunch at the Krekel’s.

The Krekel’s in Macon opened on June 2, 2017, in the former Chillbilly's building.