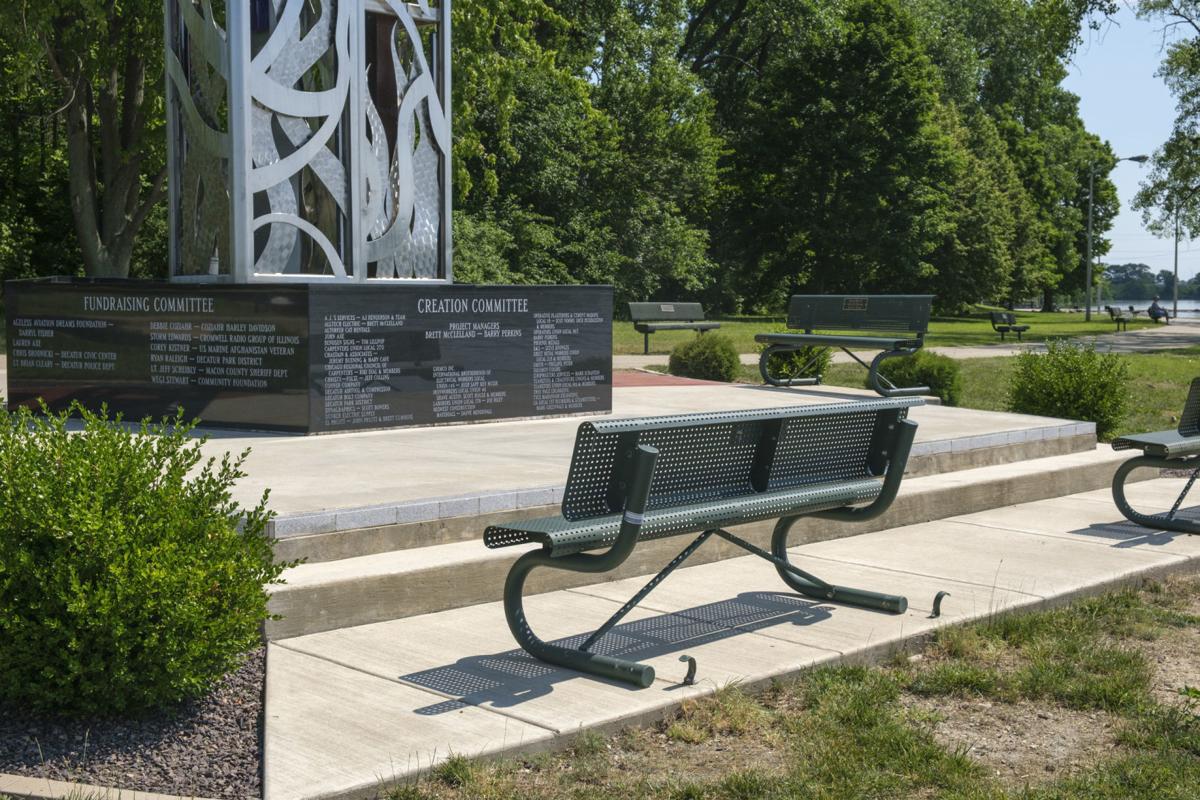 A bench that sits next to the Decatur 9/11 Memorial was found Thursday morning in nearby Lake Decatur and two other benches were damaged, but officials say the vandals did not damage the memorial. 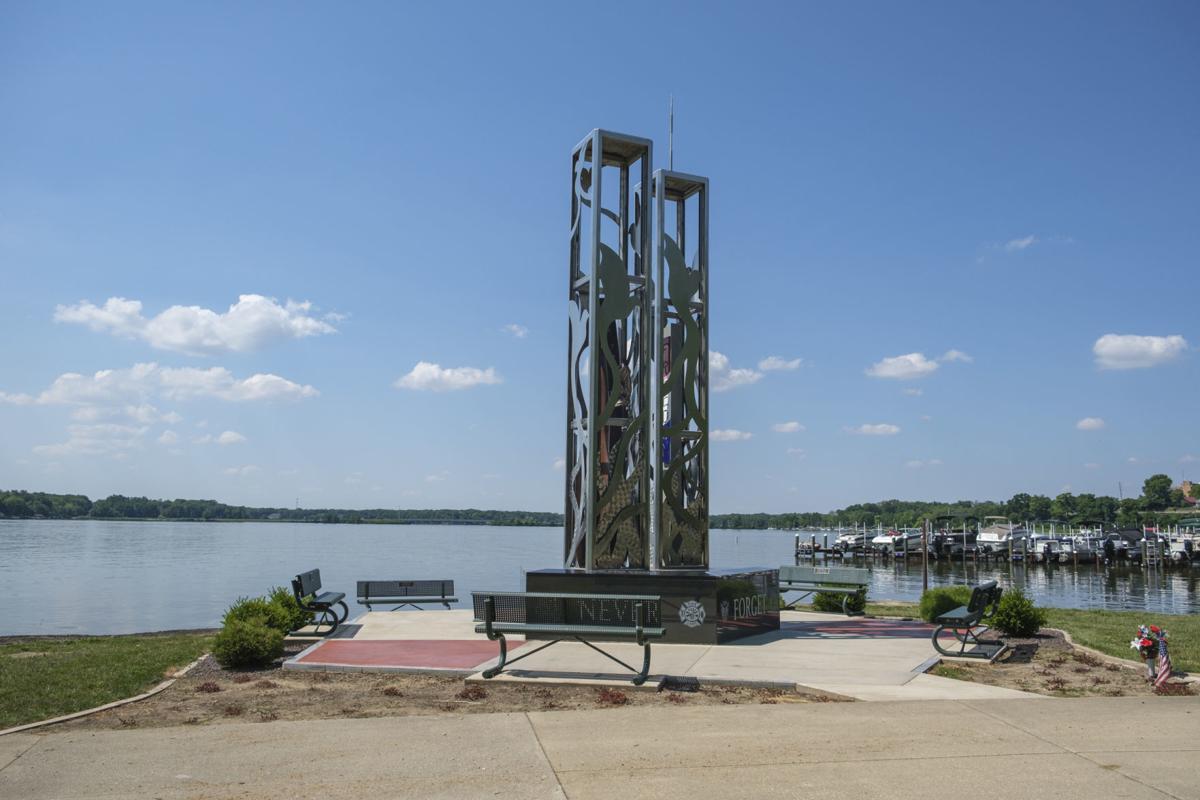 A I-beam from the Twin Towers was used to craft a 9/11 memorial in Nelson Park along Lake Decatur. Vandals damaged the benches around the memorial overnight Wednesday, but did not damage the memorial itself. 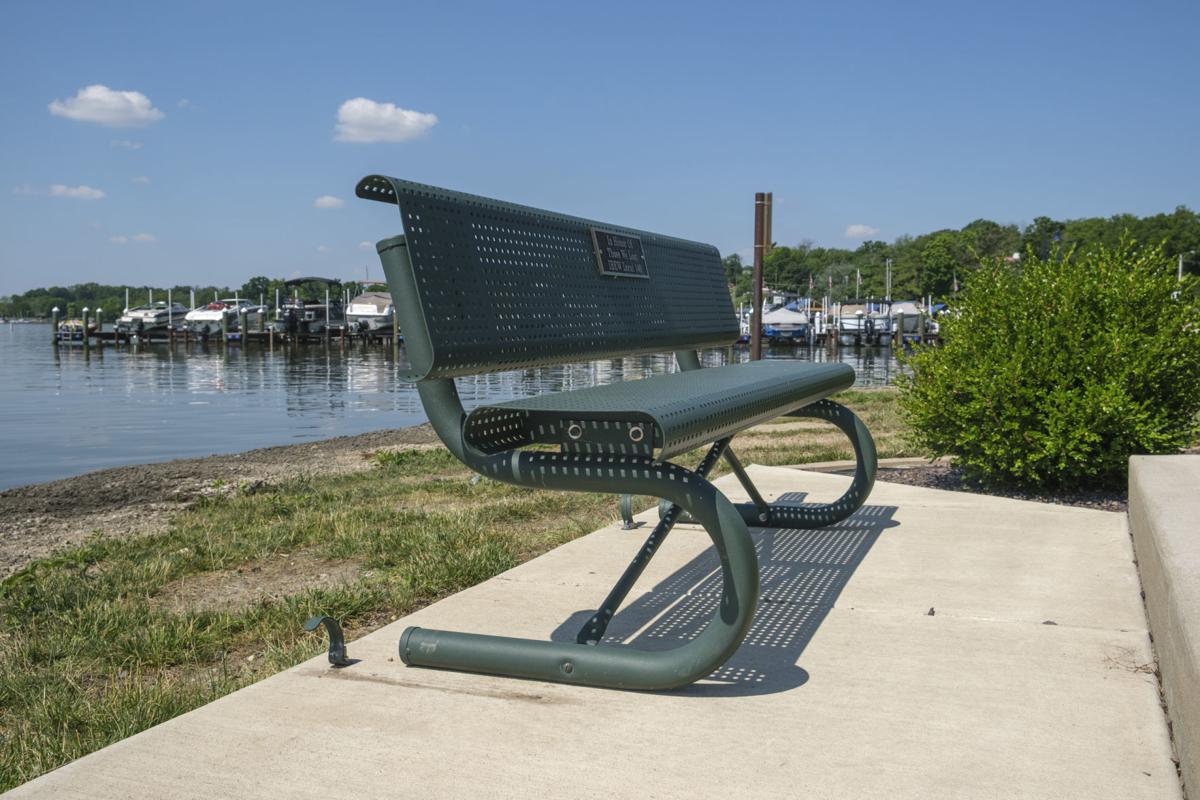 Benches around the Decatur 9/11 Memorial were removed, one found in the lake, early Thursday morning.

DECATUR — Vandals damaged three benches at the lakeside memorial to 9/11. Surveillance cameras are posted near the site and may provide evidence about who did it.

“It's just disgusting,” said Eric Mueller, whose company, the Geo. A. Mueller Beer Co., spearheaded the efforts to bring an I-beam from the World Trade Center to Decatur for the memorial. “I take care of the memorial. I go every week and I blow it off and spray weeds and plant stuff. I get there today and something's missing. One of the park benches is gone and two more are loose off their anchoring bolts.”

The missing bench was discovered in Lake Decatur a few feet from the memorial and a maintenance crew from the Decatur Park District retrieved it. Crews were dispatched on Thursday to repair the damage. The memorial itself was not harmed.

The park district oversees the land around the lake while the city is in charge of the water, and the two bodies have to work together for the lakefront development and maintenance.

“This is just a shame and it's shameful,” said Mayor Julie Moore Wolfe, who was present for the dedication of the memorial in 2017. “I don't know what people are thinking they're accomplishing when they vandalize, and something so meaningful to this community and to Americans. It's wrong and we've seen a lot of vandalism this summer. If somebody thinks they're building support, I think they're wrong. It's there for all citizens to enjoy. I'm very saddened by this.”

Mueller said there are surveillance cameras nearby and he hopes those will provide evidence of who is responsible.

Efforts to create a 9/11 memorial began in 2015, with the Mueller Co.'s quest to bring an I-beam from the Twin Towers to Central Illinois. Chances of obtaining the beam seemed remote at first, but the beam arrived in October of that year. Fundraising for the $70,000 cost for the memorial included patriotic tattoos by Oakwood Tattoo, a Mardis Gras event by St. Patrick School, and donations from community members. The Decatur Park District Board approved the location of the memorial in the summer of 2017, and the finished memorial was unveiled on Sept. 11 that year.

While the E.L. Pruitt Co. built the steel Twin Towers that make up a majority of the memorial, more than 70 union workers volunteered to put it all together.

In addition to the memorial, a time capsule was buried under the lawn of the Macon County Courthouse, to be opened in 2055. Organizers and attendees held a small ceremony dedicating the capsule before heading to Nelson Park to unveil the memorial.

The park district spends $30,000 to $35,000 annual repairing vandalism, said Executive Director Bill Clevenger, money that could be spent on neighborhood parks and programs. Frank Hubbard, chief of the park police, is reviewing surveillance cameras and looking for evidence, and the park district does prosecute vandals, Clevenger said.

Visit herald-review.com to see photos from the dedication of the Decatur 9/11 memorial.

Never forget: Decatur 9/11 memorial's journey chronicled in time capsule to be unearthed in 2055

DECATUR — Harriet Sadowski of Decatur sharply remembers the moment she was called to assist in relief efforts after the Sept. 11 attacks 17 ye…

DECATUR — As they waited for the blue tarps to be removed from the 9/11 memorial late Monday afternoon, Jim and Judy Oettel took pictures of t…

After traveling thousands of miles from New York City to Decatur, an I-beam from the World Trade Center has made another stop in the journey to its future home at the Nelson Park 9/11 memorial.

Jail records indicate he also was wanted on arrest warrants alleging unlawful use and possession of a weapon by a felon, theft over $500, criminal trespass to a residence and violation of an order of protection.

Decatur police said they received a call about 7:15 a.m. that witnesses had seen the man, age 40, take off his clothes and jump into the water, and when officers arrived and called for him to come back, he swam out further.

Get ready to enjoy the Decatur Park District again.

Lieutenants Kenesa and Shanell Debela were confronted by a very unpleasant sight as they arrived at Decatur’s downtown Salvation Army Headquarters Sunday morning: a 7-foot-tall window by the front door had been smashed to pieces, and it was no accident.

Lexie Gifford was only 2 on Sept. 11, 2001, but the event changed her life forever, as it did so many other people's.

If you drive by Geo. A. Mueller Beer Co. on North Wyckles Road and see a giant Miller Lite can, you are not hallucinating.

A bench that sits next to the Decatur 9/11 Memorial was found Thursday morning in nearby Lake Decatur and two other benches were damaged, but officials say the vandals did not damage the memorial. 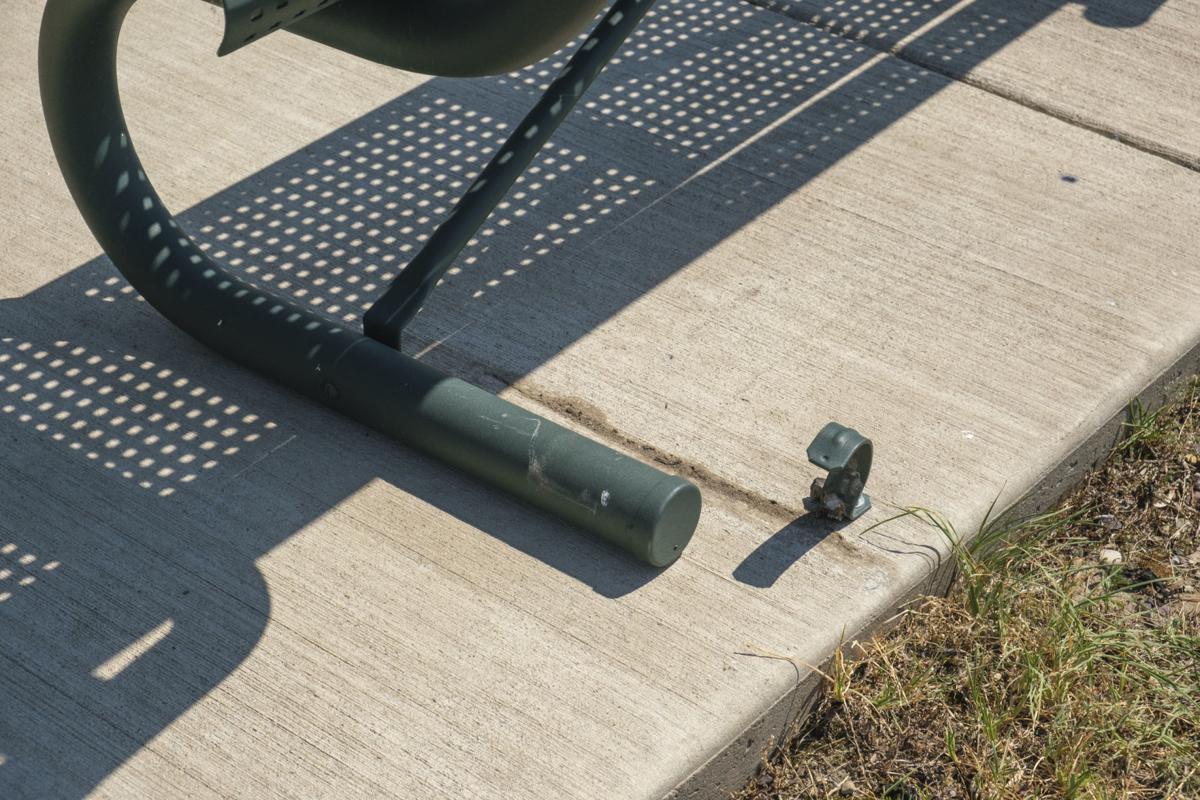 Brackets that held the benches near the Decatur 9/11 Memorial in place were damaged by vandals.

A I-beam from the Twin Towers was used to craft a 9/11 memorial in Nelson Park along Lake Decatur. Vandals damaged the benches around the memorial overnight Wednesday, but did not damage the memorial itself.

Benches around the Decatur 9/11 Memorial were removed, one found in the lake, early Thursday morning.