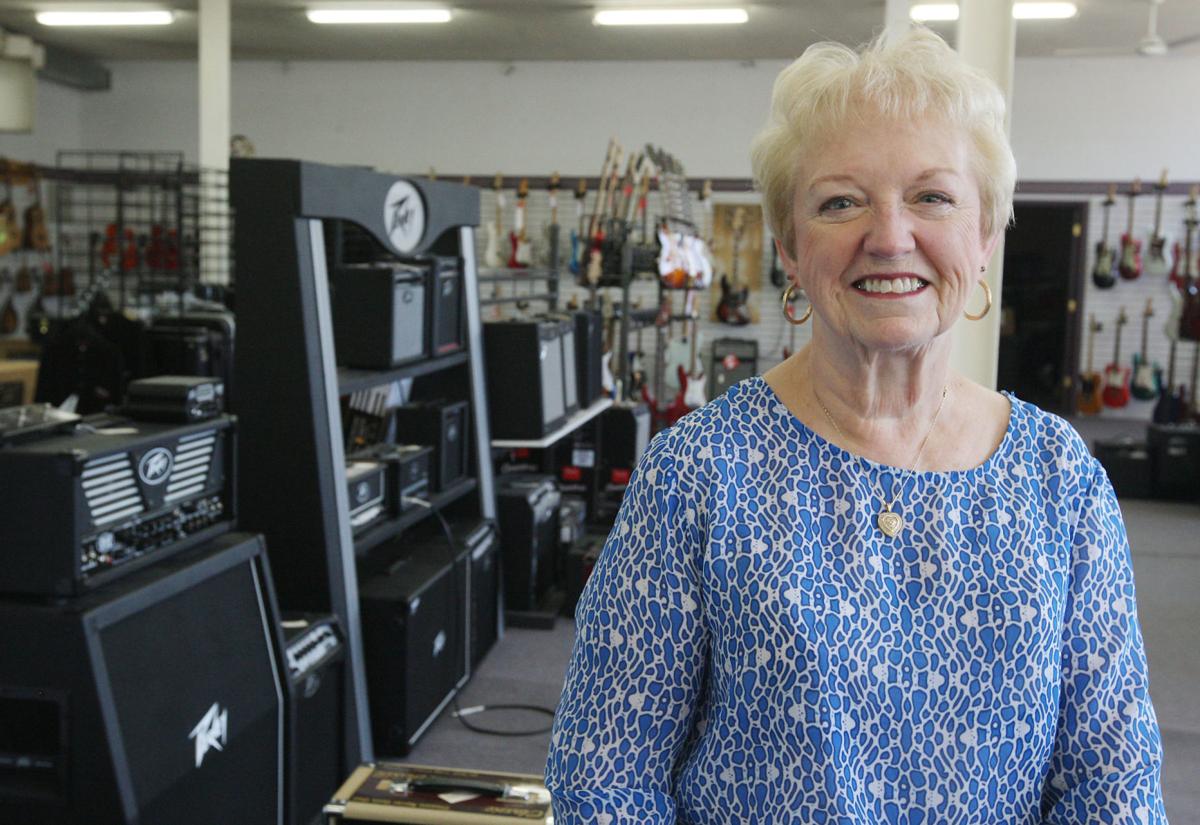 Linda Brandon is the owner of Linda’s Music Center. The business was recently given the NAMM Milestone Award for being in business for 50 years. 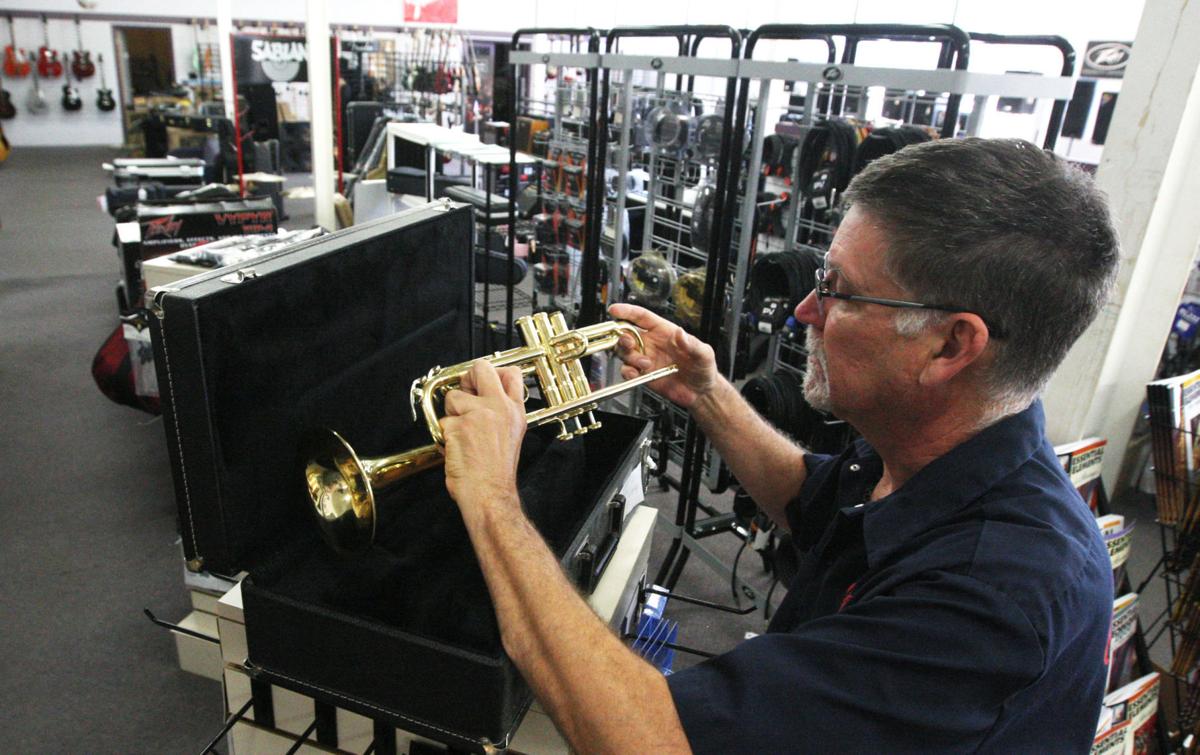 DECATUR – Being in any business for 50 years is cause to celebrate, but when that business is selling musical instruments, it's even more impressive.

Linda Brandon, owner of Linda's Music Center in Decatur, received a Milestone Award from the National Association of Music Merchants at its summer show.

“Linda's Music Center has demonstrated the perseverance and passion to stand the test of time, inspire countless others and create a more musical world for the benefit of all,” said NAMM President and CEO Joe Lamond.

In an age when web-only musical instrument dealers compete with the locally-owned brick-and-mortar shops like Linda's Music Center, it can be tough to make a go of it, but Brandon has stuck to it.

Manufacturers have recently instituted a requirement that retailers must charge a “minimum advertised price” for items and can't charge less, which keeps the online retail outlets from undercutting local stores.

“It also makes it harder to make a profit,” Brandon said, because her store has to meet the same price in order to be competitive.

Brandon has planned to create a Wall of Fame in her store for years and the award was the impetus to go ahead and do that. The plaque, and her extensive collection of photos of herself with the stars of the recording industry will be on display.

“This business has given me the opportunity to meet some of the nicest people in the world,” Brandon said. “I have guys come in here and say 'I just had to bring my kid in to show you.' I've had kids I've taught over the years come in with their grandkids.”

Brandon is a guitar and keyboard player who has years of performance and teaching experience in addition to her shop and was the first female Peavey dealer in that company's history. Peavey is also the only instrument maker still owned by an individual and not a corporation. Hartley Peavey and his late wife, Melia, are longtime friends of Brandon's.

“When she died (in March 1998), they found her on a Saturday morning,” Brandon recalled. “By noon, they were calling here to let me know.”

A lifetime of selling guitars and amps to local musicians, some of whom have gone on to be nationally known performers, has given Brandon opportunities to meet some of music's big names. She has a collection of photos including the likes of Alan Jackson, Brooks and Dunn, George Jones and Tammy Wynette. She snapped pictures of the latter two during a rehearsal at the Grand Ole Opry in Nashville, and Wynette's hair was in curlers in preparation for the evening's show. Jones ribbed his co-star that people called him “No-Show Jones” and said that he was always late to performances, while she was the one who arrived late to rehearsal.

“I don't think she knew I took a picture of her in curlers,” Brandon recalled with a chuckle.

She has an acoustic guitar covered with signatures of everybody from Garth Brooks to Chet Atkins, the latter a legendary guitar player whose signature she longed for. She's friends with audio engineer Ron Worrell, who worked on “All in the Family,” and his brother Bill, a nationally-known artist. Another friend was J.C. “Bud” Wingard, who composed “Gloom, Despair and Agony on Me” for “Hee Haw.” In fact, he even won an award for it from performance rights organization ASCAP.

Worrell attended the NAMM ceremony when Brandon was recognized for her 50 years in business, and is responsible for introducing her to many of the stars whose signatures grace that guitar.

Hugh Reeves has worked for Linda for 27 years and largely runs the store, as she's semi-retired, though still very much invested in its success. One box of photos she has is full of pictures of performers who are deceased and Reeves jokingly calls it the “dead box.” He told her never to put his photo in that box.

“I don't want to be in a box of dead people,” he quipped.

One of Brandon's favorite musicians is Jeff Cook, founding member of Alabama. He likes “gaudy” guitars and he gave her a Fender Squier with a shiny pick guard and multicolored pickups and knobs. He signed it, too. Another guitar he gave to her is a special-order Fender Telecaster with lasered engravings of all of Alabama's No. 1 hits from 1980 to 1998, and that's a lot of hits.

Thanks to such connections, whenever Brandon wants to go backstage or have an artist sign her guitar, it's no problem. Someone in the band or sound booth or road crew is always a friend and able to arrange it.

“I just can't believe all the opportunities that being in this business – and meeting the right people in the beginning – has given me,” Brandon said.

Looking Beyond Tomorrow: Stories from Outlook 2017

Check out the full section here!

OAKLAND, Calif. (AP) — A therapist who used music to help kids cope with trauma. A woman who taught at a Montessori school. An energetic artis…

Linda's Music Center, which has served local musicians' needs for more than 52 years, is closing for good.

Linda Brandon is the owner of Linda’s Music Center. The business was recently given the NAMM Milestone Award for being in business for 50 years.