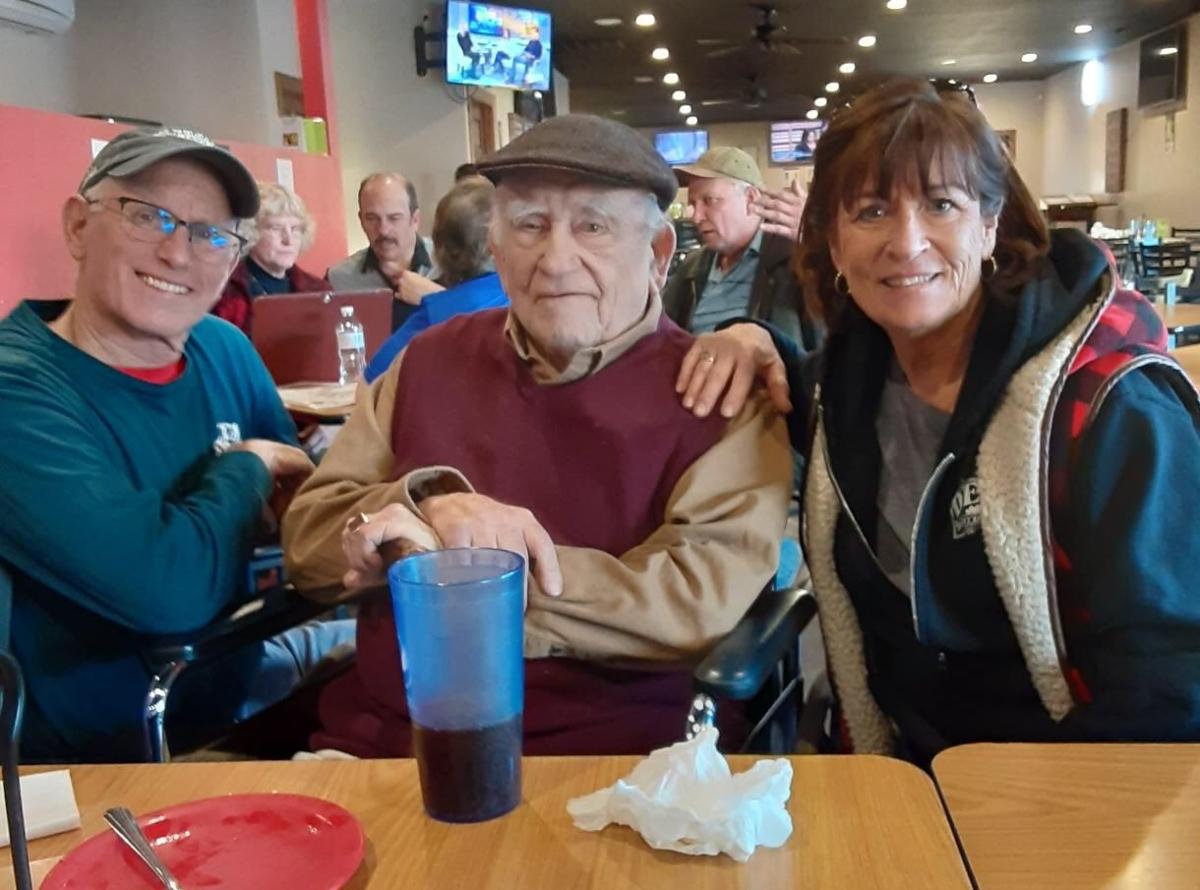 Mike and Trudy Jacobs pose for a picture Tuesday with acclaimed actor Ed Asner at Crawford's Pizza and Pub in Mount Zion during a break in filming a movie at their business next door at Del's Popcorn Shop. 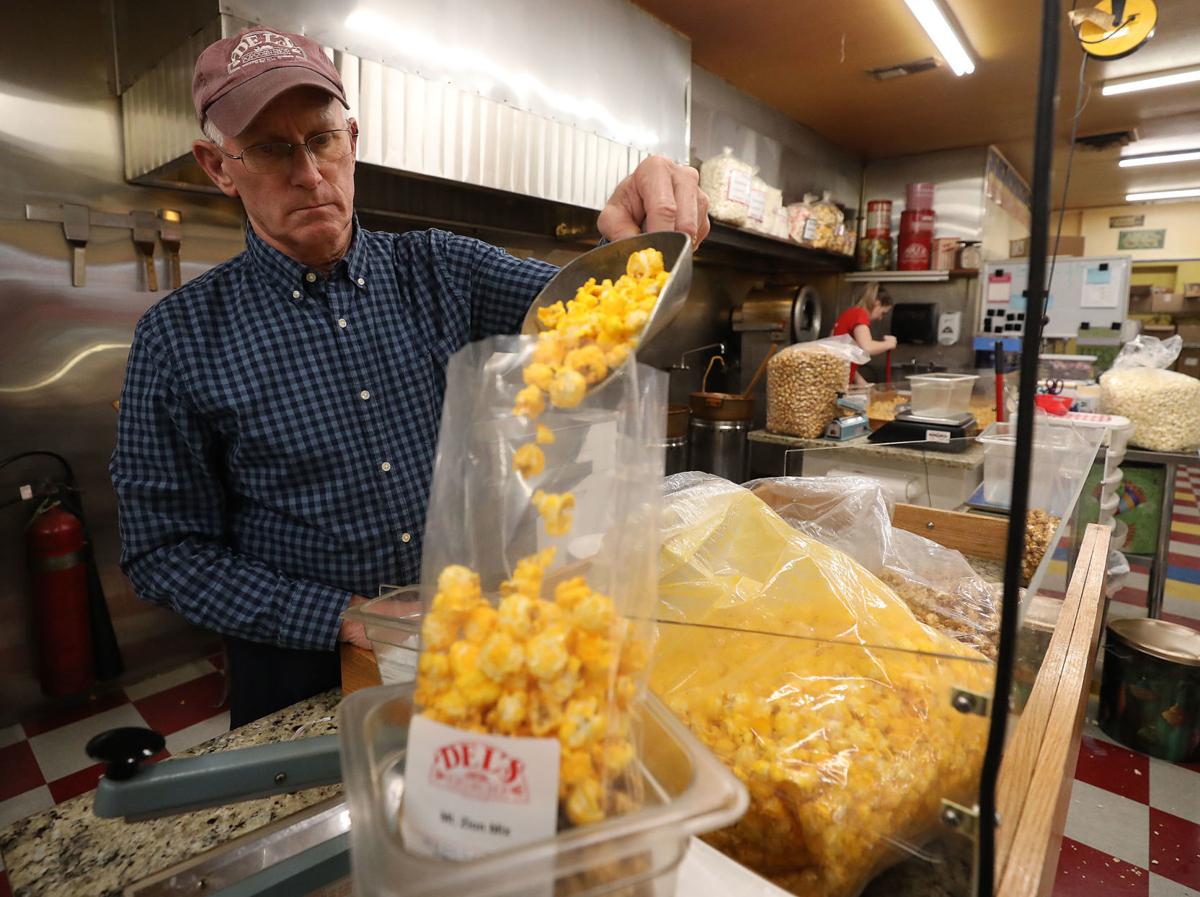 Co-owner Mike Jacobs works with his employees at Del’s Popcorn Shop in Mount Zion in this February 2019 file photo.

MOUNT ZION — From the outside, it looked like an ordinary day at Del’s Popcorn Shop in Mount Zion.

The flashing sign identifying the latest tempting treat continued to entice passing motorist along Illinois 121 and people could be seen coming and going.

But these weren't ordinary customers and for Mike and Trudy Jacobs, owners of the store, the day was anything but ordinary. After all, it’s not every day your business is used as a set for a movie and you play host to acclaimed actor Ed Asner.

Asner, a multiple Emmy and Golden Globe award winner, portrayed gruff Lou Grant in "The Mary Tyler Moore Show" and "Lou Grant." He's best-know more recently for his roles in "Elf" (as Santa) and "Up," a 2009 Pixar film.

The opportunity came about in September when director Robin Christian stopped by the business and left his business card, indicating it would provide the perfect backdrop for a popcorn shop scene in a movie he was developing.

From the archives: Spare some time for these 10 photos of bowling in Decatur 🎳

When he finally did, Christian returned to Mount Zion, shared more details about his plans and how the shop, which specializes in popcorn, caramel apples and a host of other treats, would fit into the picture.

“We thought it sounded like fun,” Mike said. “We’d be willing to try that.”

Plans were finalized in November and Jan. 7 was identified as movie day.

Agreeing to be a part of the movie was the easy part. Not telling anyone for two months, that wasn’t so easy.

“It’s been really hard for me,” Trudy said. "I can’t wait until tomorrow so I can tell everybody and share some pictures.”

Those pictures will include her and Mike with Asner, Christian and other actors and crew members.

And while they can’t tell you anything that might give away the plot of the movie, Trudy will be more than happy to tell you about all the stuff that takes place behind the scenes. And, if you have the time, which treats Asner liked the most.

Spolier alert: He appeared to like everything he got his hands on.

Trudy relayed one instance when Christian handed his bag of gummy bears to Asner. They were gone in no time.

Members of the film crew arrived Monday night and spent three hours rearranging the showroom, taking advantage of the variety of tins and colorful jars of candy they already have on hand as part of their regular product offering to create the set.

Trudy noted the colorful jars were among the things Christian said attracted him to the site.

“It’s a great candy shop,” Christian said, when asked about his having selected Del’s as a movie location. Christian was unable to provide more details as he climbed into his car with Asner for the trip to the next stop to wrap up a few more scenes before the day ended.

But Christian reappeared a few minutes later to grab a bag of cheese popcorn his wife told him to get before hitting the road.

“I’m only an hour away. This is going to be dangerous,” said Script Supervisor Abby Schlueter of St. Joseph, who was already planning return trips to the store.

Christian is identified as executive producer and director for Dreamscape Cinema on its website. Described as "an independent film and video production company" that develops feature-length films, Dreamscape lists office locations in both Champaign, Illinois, and Beverly Hills, California.

Watching everyone enjoy their products was one of the highlights for Trudy.

For Mike, it was seeing their staff members enjoy the opportunity to see the movie being made and meet the actors.

“We’re both sitting her smiling, so it was cool,” Trudy said. “It’s a fun experience. I’m glad we were able to experience that. It’s been a fun day.”

16 times Decatur was featured in TV and movies

Fuyao Glass America is adding 40 employees. Find out what jobs are available

The Fuyao Glass America plant near Mount Zion is hiring 40 employees by the end of the month. A recruiting event has been scheduled to provide information about the available jobs.

The former O'Charley's has a new owner. Here's how the Forsyth site is being marketed to potential occupants.

A Detroit-area commercial development firm has purchased the former O’Charley’s and is looking to bring a new occupant to Forsyth. Here's how much was paid >>>

Clay McLeod, 25, was one of about 70 people attending the Fuyao Glass recruiting event on Wednesday morning at the Workforce Investment Solutions office on West Pershing Road in Decatur.

Forsyth's Pier 1 Imports is closing. The company last week said it would shut down up to 450 stores.

Mike and Trudy Jacobs pose for a picture Tuesday with acclaimed actor Ed Asner at Crawford's Pizza and Pub in Mount Zion during a break in filming a movie at their business next door at Del's Popcorn Shop.

Co-owner Mike Jacobs works with his employees at Del’s Popcorn Shop in Mount Zion in this February 2019 file photo. 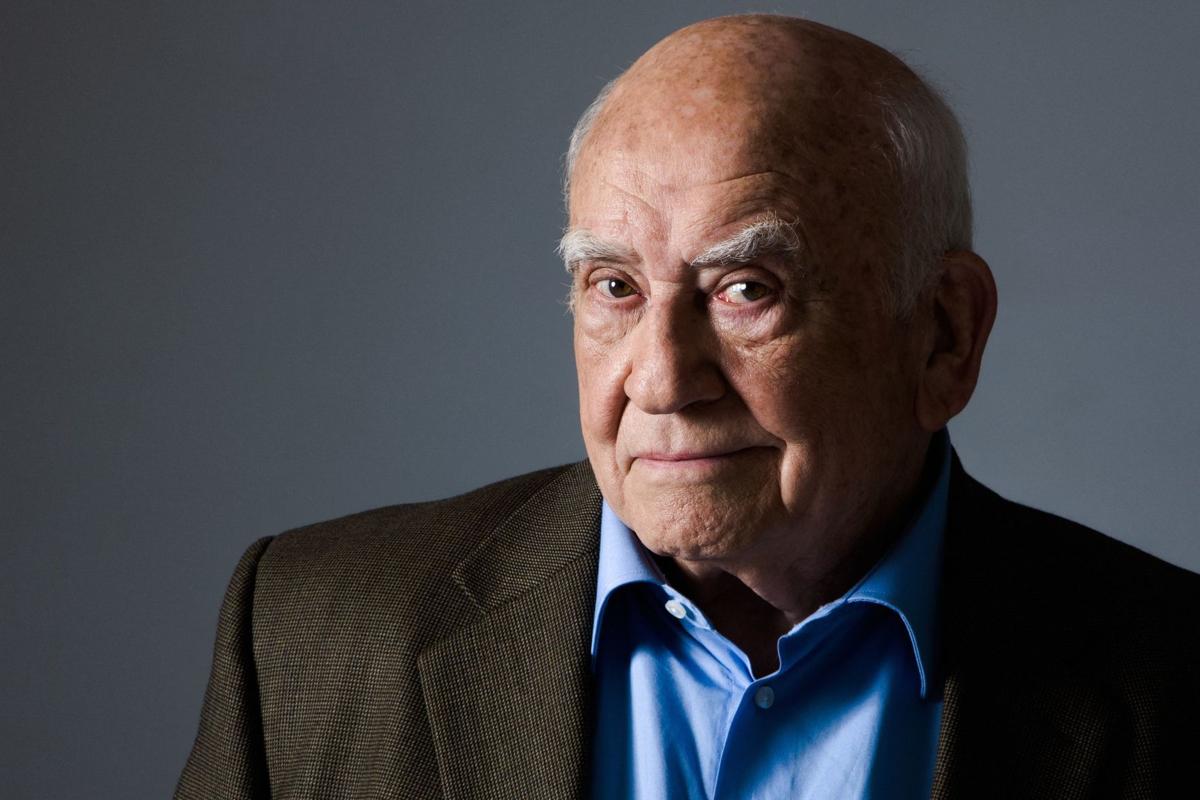 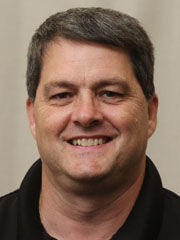