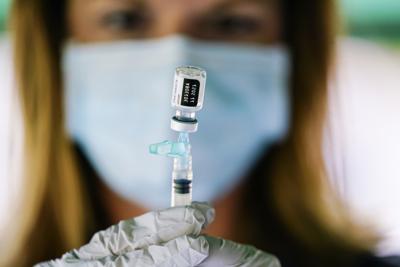 The first dose of the Pfizer vaccine will be offered to those 12 and older at three locations:

The single dose Johnson and Johnson vaccine will also be offered at one location:

Bring insurance card and photo ID if possible. Minors must be accompanied by an adult parent or guardian. Do not attend if you are pregnant or nursing unless you have a doctor's note; or if you have previously received a COVID-19 vaccine of any kind.

Decatur man identified in fatal crash near I-72

The minivan driver killed after crashing into the rear of a semi-trailer Friday morning was identified as Robert L. Shockley of Decatur.

Decatur police are searching for a suspect who robbed a Decatur convenience store.

This is a developing story that will be updated.

Gun was yet another seized by police which had after-market conversion, making it full auto.

A collision between a minivan and a semitruck on Friday resulted in the death of the driver of the minivan.

According to officials from the Shelbyville Fire Protection District, units received a call at 2:03 a.m. that the Casey's at 1700 W. Main St. had a slight haze coming from inside the building.

The Macon County Health Department has issued updated data on infections and the vaccine status of people hospitalized.

He then tells her he didn't care about her "face being broke", and hits her again

Aaron L. Hand pleaded guilty to trying to abduct a customer from a business where he worked.

An empty building on East Marietta Street is likely a total loss after an early afternoon fire on Thursday.