DECATUR — Sprinklers could have saved a man’s life in a recent fire at a Decatur Housing Authority building, fire officials say, but they are not required in apartments for any of the city's three public housing high-rises.

All three high-rise apartment buildings owned by the housing authority — the Concord, the Lexington and the Hartford — have sprinklers in their hallways and common areas, but not in individual units. Each was built before 1992, when the federal government began to require sprinklers in apartments for high-rise public housing properties.

Lynn A. Booker, 54, died Jan. 6 after a fire in his apartment at the Concord, 333 E. Center St. Macon County Coroner Michael Day said the cause of his death was soot and smoke inhalation.

When asked if a sprinkler in the apartment would have helped, Meador said, “Oh, absolutely, it would have kept the fire in check or extinguished the fire.”

But the housing authority didn't break any fire or housing codes, he said.

“They follow code, as long as they’ve got sprinklers in the hallway,” he said, adding that it would be very expensive to retrofit all of the housing authority's apartments with sprinklers.

Residents currently are allowed to smoke in their apartments, but this will change on July 31 when a new federal mandate bans smoking on housing authority property. The possibility of danger and property damage from fire is one of the reasons federal housing officials cited for the ban, which was announced in 2016.

All three housing authority high rises, designed for elderly or disabled residents, were built in the 1970s and 1980s, so they are exempt from some code requirements of the U.S. Department of Housing and Urban Development and the city of Decatur.

“In today’s codes, they would all (have) sprinklers, but at the time they weren’t (required),” Alpi said.

It's not uncommon for older public housing buildings to lack sprinklers. After six elderly residents died in San Antonio, Texas, in 2015, media reports highlighted the lack of sprinklers in three housing authority properties for elderly and disabled residents. Northwest Georgia Housing Authority officials began contemplating $500,000 in new sprinklers for their three high-rise apartment buildings in 2015 after a rash of false fire alarms.

Laws requiring sprinklers in other types of housing have proven controversial in recent years. In more than a dozen states, lobbyists from the housing sector worked to oppose laws that required sprinklers in new residential construction, according to a 2016 report from ProPublica and The Post and Courier. Homebuilders have argued that such requirements would hurt the housing market.

Other units are located throughout the community.

Lia said it would cost anywhere from $2.70 to $3 per square foot for the housing authority to add fire sprinklers to its residences.

Alpi said he would not comment on those price estimates, but said they seemed low. The retrofitting process would require other work, including tenants to be moved and water system improvements, which Alpi said he suspects would add to the costs.

"However, as these properties are in compliance with code, we have not had retrofit sprinkler systems designed, or bid for these properties, so I have no real basis for evaluating your estimate," Alpi said in an email.

The housing authority works on an operating budget of almost $2.5 million, with $245,000 allocated for maintenance materials and contract costs.

The Concord fire caused an estimated $100,000 in damage and affected five households. Residents were moved to different units at the Concord, Alpi said. The renovations will include tearing out walls damaged by smoke and water.

“The costs will be for renovating the spaces and removing the smoke and soot,” Meador said. “Booker’s apartment received heavy fire damage.”

The housing authority has no plans to retrofit a sprinkler system to their properties, nor are they required to, Alpi said.

“(It’s) just an unfortunate situation, and you move on,” Alpi said.

DECATUR — Lynn A. Booker, the Decatur man who died in an apartment fire Saturday afternoon, was killed by smoke and soot inhalation, according…

DECATUR – One man was found dead Saturday afternoon after Decatur firefighters responded to an apartment fire at 333 E. Center St.

Residents who live at Decatur Housing Authority properties will soon be barred from smoking there as part of a nationwide smoking ban for federally subsidized public housing, and local officials are bracing for blowback.

Lawmakers brace for another dysfunctional year in Springfield

DECATUR — After three years of trench warfare between Gov. Bruce Rauner and Democrats, state lawmakers are bracing for another year in no-man'…

Crews respond to fire at ADM facility in Decatur

DECATUR — No one was hurt in a fire on the Archer Daniels Midland campus in Decatur on Tuesday morning, the company said.

DECATUR — Dog Haus, a California-based fast-casual franchise that sells gourmet hot dogs and burgers, is introducing its Decatur location near…

Sentencing pushed back for Decatur man in 2015 murder case

DECATUR — Sentencing for Daiquan D. Cline, 18, on charges stemming from the 2015 death of Cesley Taylor has been pushed back to March 9.

DECATUR — William Van Scyoc, 32, was sentenced to four years of probation Wednesday in Macon County Circuit Court after he pleaded guilty to a…

DECATUR — The temperature roller coaster will continue for parts of Illinois in the coming days, according to the National Weather Service in …

BELLEVILLE — Authorities in Belleville say the bodies of two men have been found inside a trailer that caught fire.

DECATUR — City council members say they do not want to wait until the summer, when state lawmakers traditionally complete a budget agreement, …

Investigators: Cause of double fire at apartment building may never be known

DECATUR — Fire investigators say the causes of two fires within hours of each other Monday morning at an apartment building may never be known.

DECATUR — The man killed in a Decatur Housing Authority apartment fire was “extremely intoxicated” in the moments leading up to his death, a c… 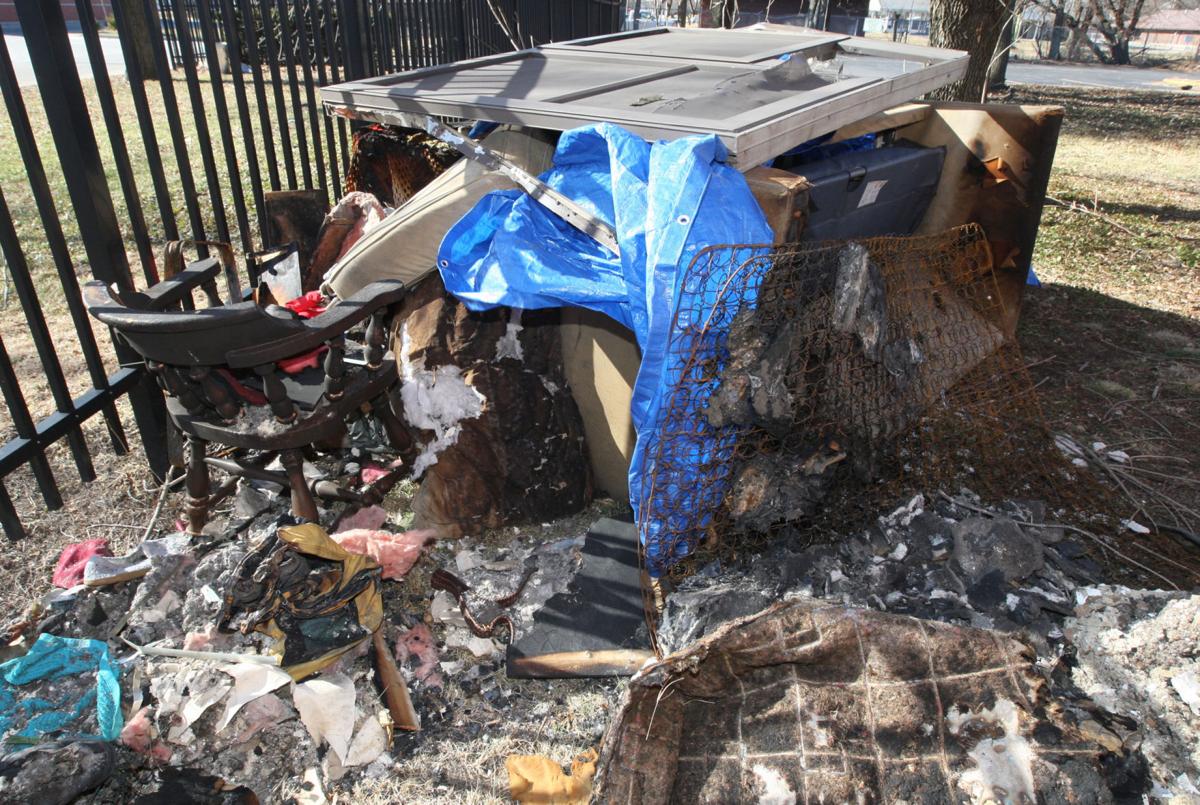 Burned apartment items are set out in a side yard of the Concord High Rise from the Jan. 6 fire that resulted in the death of Lynn A. Booker. Because of their age, the three Decatur Housing Authority high-rise apartment complexes aren't required to have fire sprinklers in the individual dwellings. 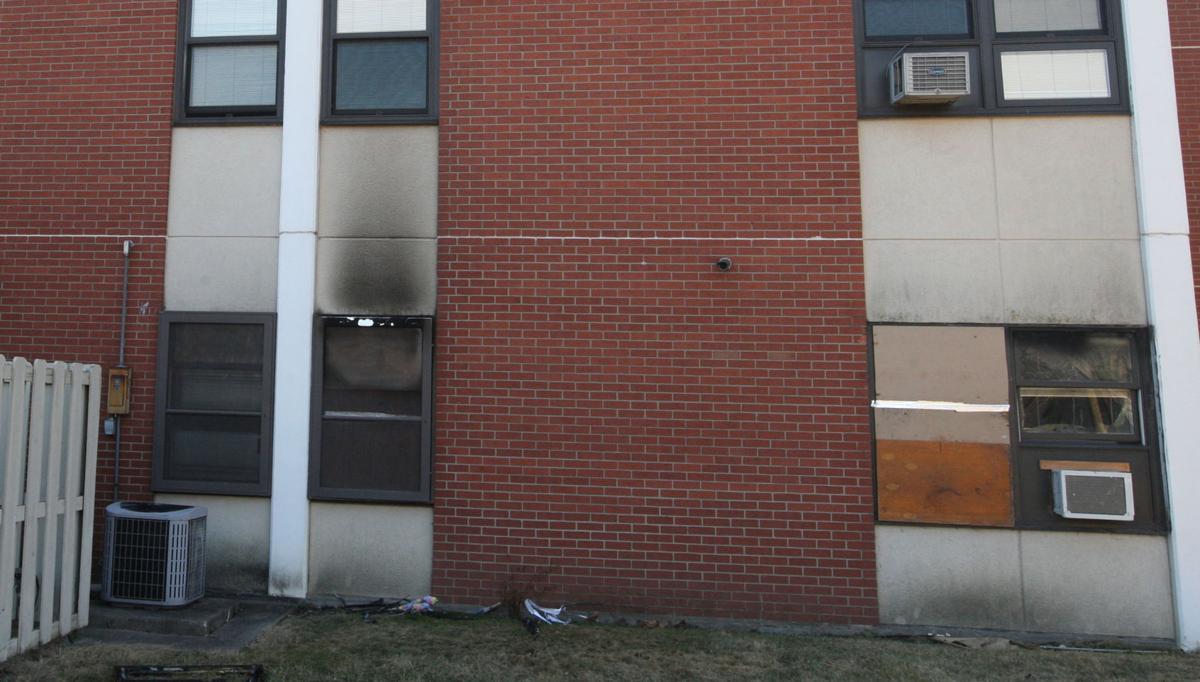 Burn marks remain on the exterior of the first floor of the Concord High Rise from the Jan. 6 fire. 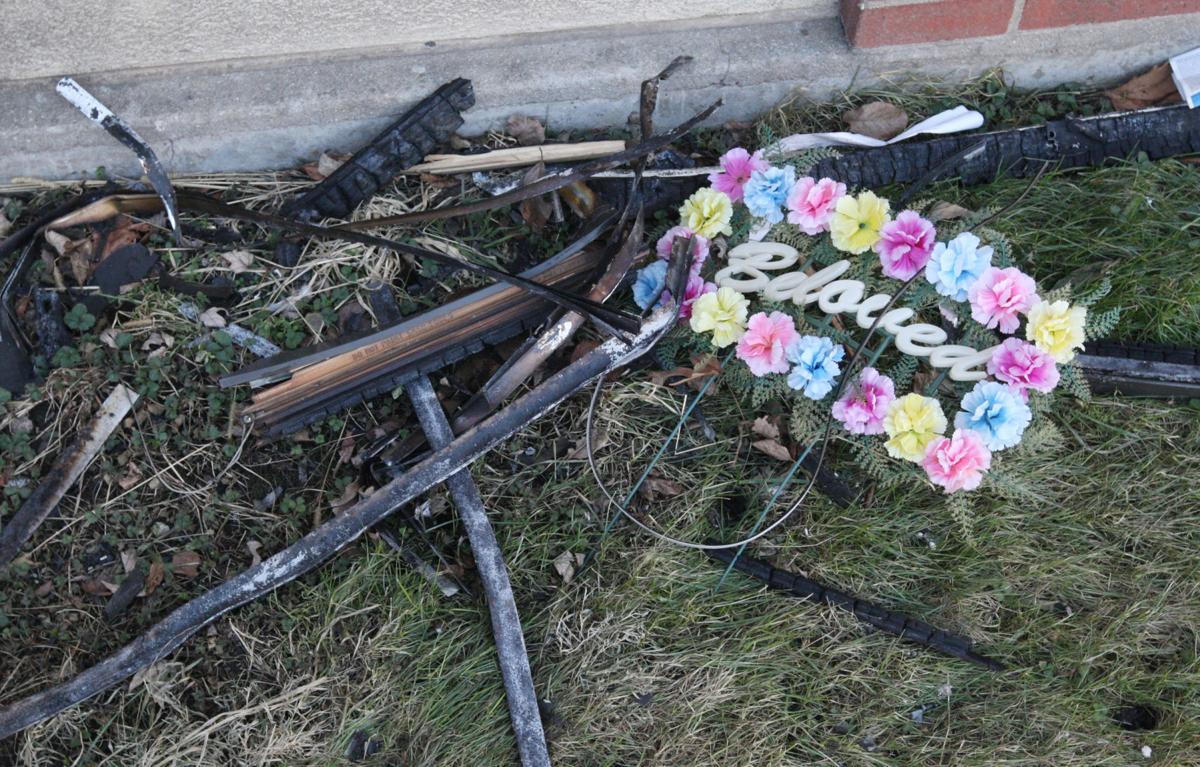 A memorial wreath for Lynn A. Booker sits near the site of the Concord High Rise fire that occurred January 6th. 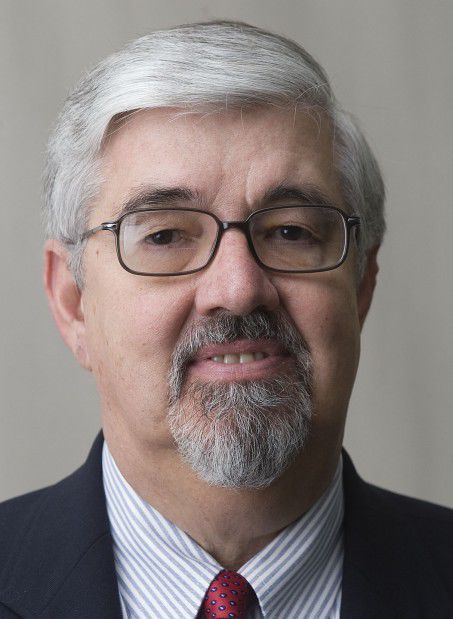