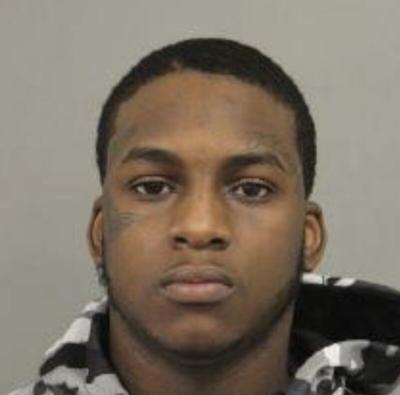 DECATUR — A second arrest has been made in connection with the August murder of Arrion L. McClelland.

In a news release issued Friday, Decatur police Lt. Scott Rosenbery said Kyle Escoe was taken into custody Thursday by Chicago police. He remains in their custody on $2 million bond.

Escoe, 18, was being sought on preliminary charges of first degree murder in the shooting death of McClelland, 24, who died in hospital from his wounds in the early hours of Aug. 14.

McClelland was found by police patrol officers after they responded to the area of the 1100 block of West Wood Street around 3:50 a.m. and then heard gunshots nearby.

A second suspect, Dionte A. Robinson, 24, was arrested on first degree murder charges Aug. 18 after being intercepted by members of the U.S. Marshals Violent Fugitive Task Force. Robinson remains held in the Macon County Jail with his bail set at $2 million. A preliminary hearing is set for Oct. 5.

The search continues for a third suspect, Omari C. Walker, 18, who also is wanted on a first degree murder warrant with a $2 million bail.

All preliminary charges are subject to review by the office of the state’s attorney.

And he said he would have kept on running but feared damaging his Harley.

The victim chased the alleged robbers in his car, but ends up crashing.

Accused of injuring mother after hurling brick through window of bedroom where baby slept.

He attacked his ex-girlfriend in a van and inflicted multiple wounds.

Judge will decide if Decatur man is innocent or a killer

The reason China used a spy balloon to collect intelligence