DECATUR — The courage and professionalism under fire of shot and wounded female Decatur police Officer Stephanie Vail was praised Thursday by the city’s police chief.

Shane Brandel told the Herald & Review: “One of the first things I noticed when I watched the (body cam) video was how brave she was under fire, and how well she handled herself."

“And the fact that she stayed in the fight: That is something that we always train officers to do in this type of situation or in any situation where their lives are on the line and where they may literally be fighting for their lives; the best way to survive is to stay in that fight and never give up.”

Brandel said that is exactly what 34-year-old Officer Vail, a member of his department for six years, was able to do even after she was hit in the face and shoulder with fragments from a shattered bullet.

Dramatic body cam footage released Thursday by the police shows Vail in foot pursuit of a driver who had fled a traffic stop in the early hours of Jan. 8 near the 700 block of East Clay Street. The camera dances around as Vail is running and then she is suddenly heard to cry out in pain and shock after the disintegrating bullet had slammed into a metal fence right next to her, peppering the officer with potentially lethal chunks of lead.

She then manages to give a description of the man she has been chasing before adding: “Give me a ... an ambulance.”

Authorities in a sworn affidavit name Joseph L. V. Williams as the shooter and said he had opened fire with a 9mm Glock pistol modified to work as a machine gun. But it had jammed after firing one bullet, which Detective Brad Hall, who signed the affidavit, said probably saved Vail’s life.

“Had the Glock not malfunctioned, Williams would have been able to fire all the rounds in the magazine with a single trigger pull …” added Hall. “This would have drastically increased the chances of this officer being murdered in the line of duty.”

Williams has been booked on charges that include the attempted murder of a police officer and possession of a machine gun by a felon. He is being held in the Macon County Jail with bail set at $10 million.

He appeared in Macon County Circuit Court on Thursday for an arraignment hearing and is due to be back in court Friday, where he will argue that he should be allowed to defend himself without the aid of an attorney. Herald & Review media partner WCIA's cameras were at Thursday’s hearing and captured Williams making an obscene gesture to their reporter.

Vail, meanwhile, is recuperating from her wounds and the police chief said she still faces some “medical procedures” to aid her recovery.

“I could not be more proud of her for the way she acted under these circumstances,” Brandel added.

He said police officers accept the risk of personal harm as part of doing the job, but what drags morale down is when that risk is coupled with feelings of antagonism and hostility from the public they serve.

“It’s the negative narrative towards police officers that has a major impact on an officer’s morale as well as the fact it has a serious negative impact on the ability for us to recruit,” Brandel said.

“Why would somebody want to get into this profession, which they accept is an inherently dangerous job, and then they are vilified for it?”

But the chief, who sees policing as “an incredibly honorable profession,” believes the pendulum of public opinion is swinging back in favor of support for law enforcement and the job they do. “I know that here in Decatur our community, and I know our city council, supports the police department and we see that and we feel that, and we certainly appreciate it.”

The chief has noted a general rise in violent crime of all kinds and repeated his call for the legal system to come down hard on those guilty of repeated gun violence. “These people should not be let back out so they can continue to terrorize the community,” he added.

That said, he believes the long-term answer to fighting crime involves not just stiff custodial penalties but a wider societal effort to tackle long-term issues like poverty, broken families and provide adequate educational resources. He believes that will require politicians and the public that votes for them to be willing to commit to finding and funding solutions that won’t produce instant results.

The chief emphasized there is no quick-fix for the problem of rising crime. “And until and unless we understand that, we are never going to get to where we want to be,” he added.

Vail’s brush with violent death while protecting and serving the public is the latest in a series of potentially deadly encounters between alleged criminals and Decatur police officers scattered over 2021.

In the early morning hours of Jan. 29, Gregory W. Lewis, 48, is accused of opening fire on patrol officer Michael Lawary as he confronted Lewis in a backyard after hearing gunfire. Lawary returned fire and both the policeman and Lewis escaped injury. Lewis, held in the Macon County Jail with bail set at more than $2 million, has pleaded not guilty to the attempted murder of a peace officer and the aggravated discharge of a firearm at an officer.

On the night of June, 18, Marcus D. Boykin, 39, is accused of driving up to within six feet of the parked squad car of Officer Chris Snyder and opening fire in an attempt to shoot him to death. Boykin is being held in custody with bail set at $500,000 and has pleaded not guilty to a charge of attempted murder, aggravated discharge of a firearm and being a felon in possession of a weapon.

And on the night of Sept. 15 Decatur police say Detective Jason Hesse was lucky to escape with his life after a man he was attempting to arrest, 26-year-old Andre D. Cross, tried to ram and kill him with a vehicle. Cross, held in jail with bail set at $1 million, has pleaded not guilty to attempted murder, two counts of committing armed violence and being a felon in possession of a weapon. Police say he had been armed with a pistol converted into a machine gun.

Deadly violence against police has also been a tragic trend across the state.

Officers from all over Illinois and the nation converged on Decatur for the funeral of Champaign Police Officer and Decatur native Chris Oberheim, fatally shot while responding to a domestic violence call in the early morning hours of May 19. His partner, Officer Jeffrey Creel, was also shot and wounded but was able to return fire and shot dead suspect Darion Lafayette, 24.

On Dec. 29, Wayne County Sheriff's Office Deputy Sean Riley was shot and killed while responding to a disabled motorist call. The next day, Sgt. Marlene Roberta Rittmanic with the Bradley Police Department was shot to death and her partner, Officer Tyler Bailey, critically wounded while investigating a noise complaint. There is now a legal push to file federal murder charges against the suspects, Darius Sullivan, 25, and Xandria Harris, 26, making them eligible for the death penalty.

Arrest made in connection with shooting of Decatur police officer

A  23-year-old Decatur man has been arrested in connection with the shooting of a Decatur police officer early Saturday.

Police on Monday arrested a third man who they said started a fight outside a Decatur bar that ended up with another suspect opening fire with a machine gun.

Guns are fitted with illegal devices that make them fully automatic. 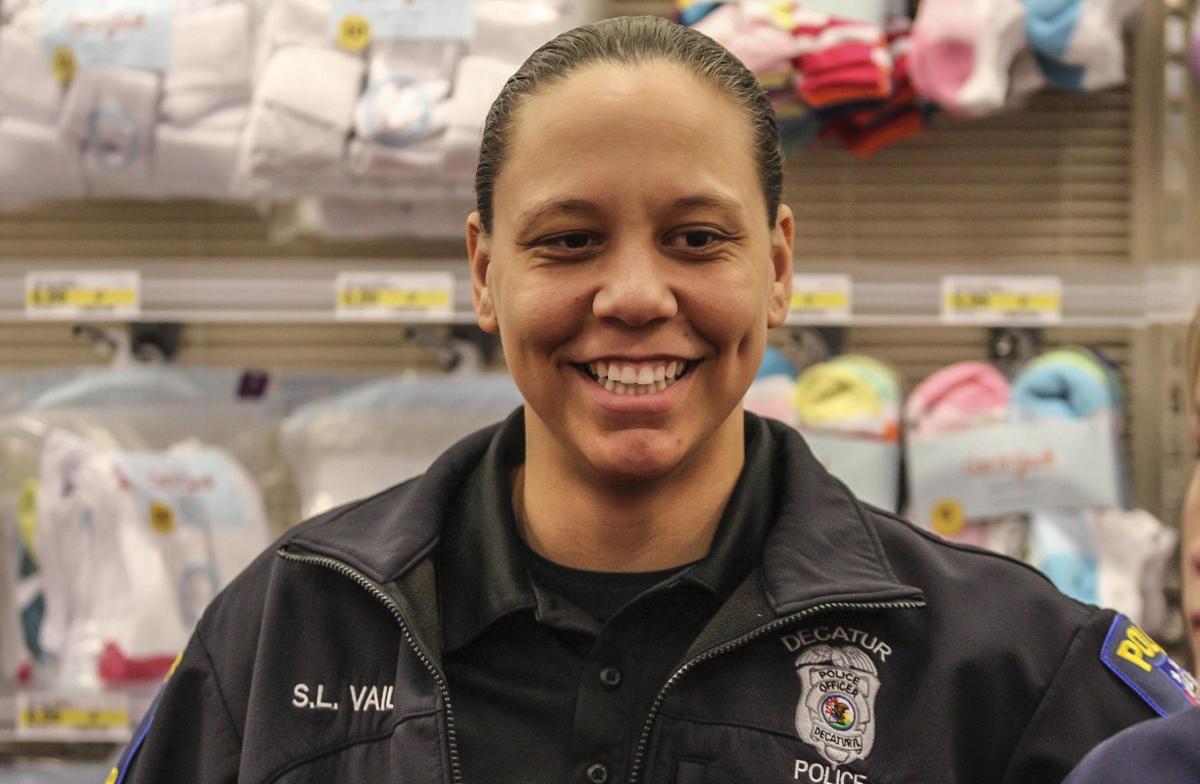 Decatur patrol officer Stephanie Vail is shown in a December 2017 file photo taken during the annual "Shop with a Cop" event. 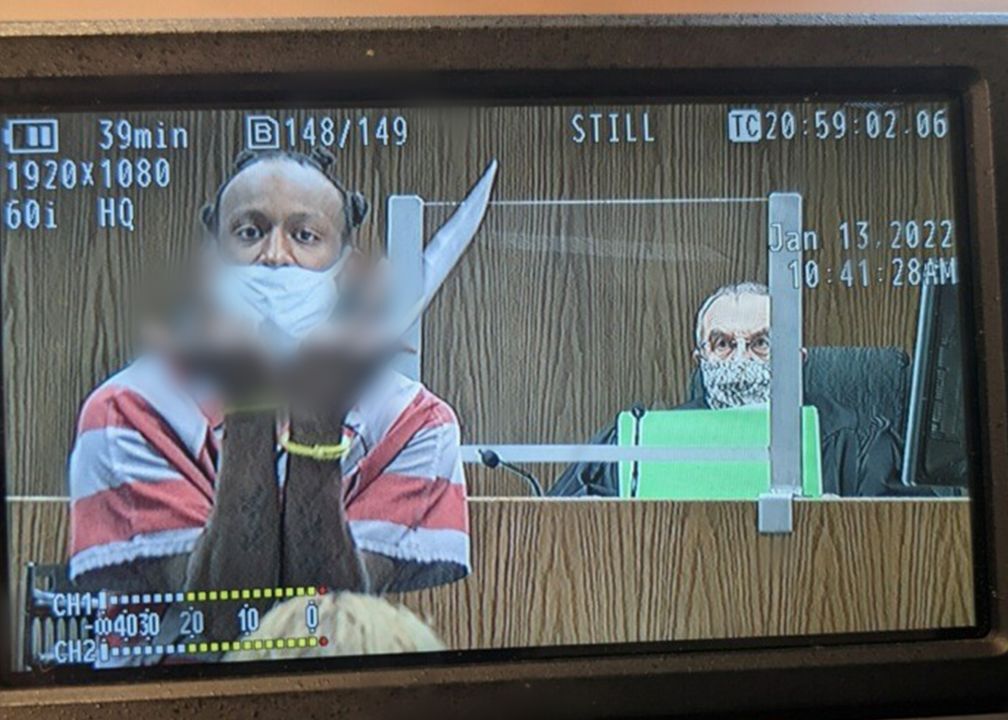 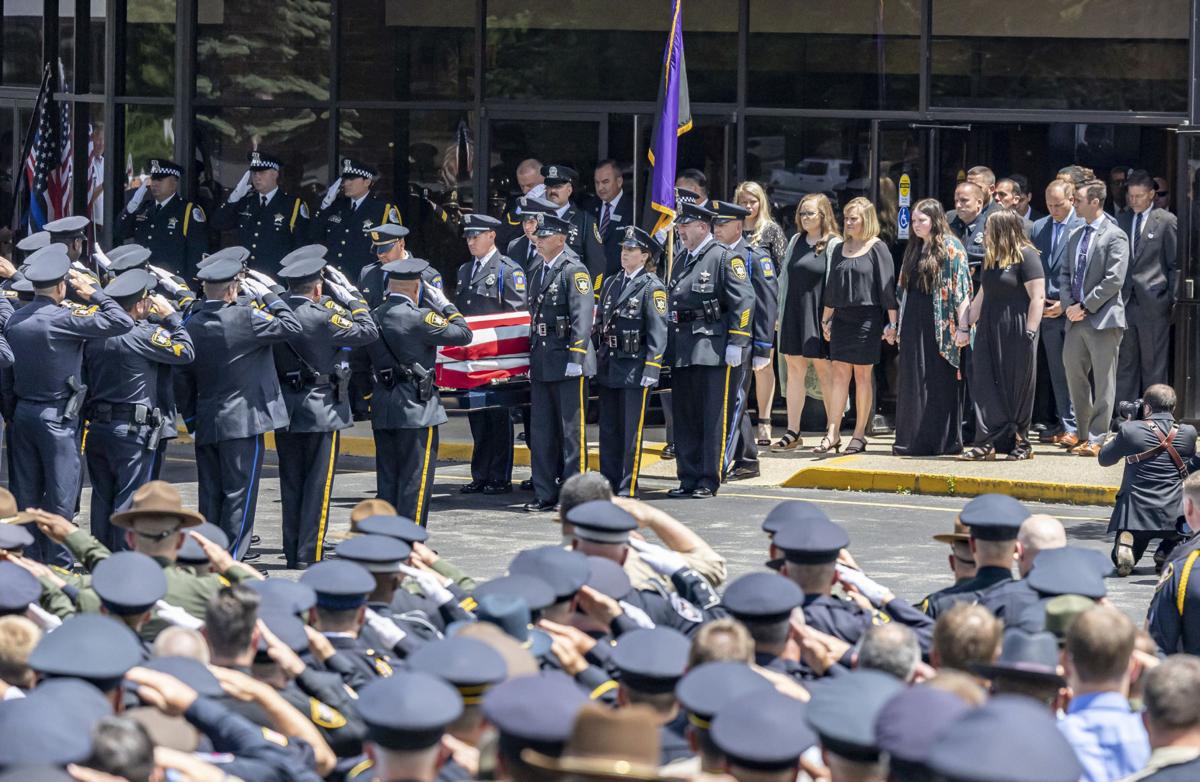 Police officers stand at attention in May 2021 as Officer Chris Oberheim's body is placed in a hearse headed for burial in Monticello Township Cemetery. 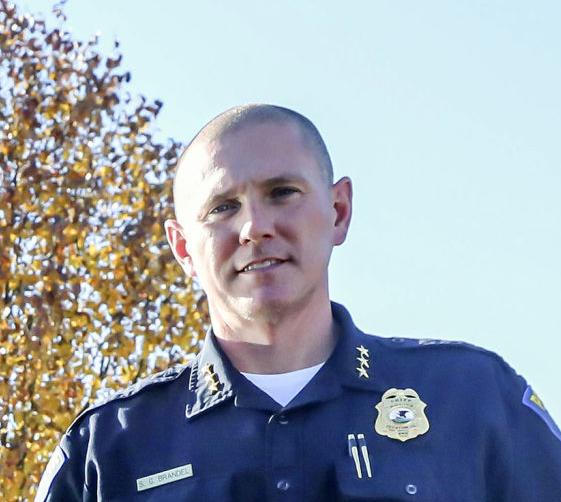