DECATUR — Joseph Luckee Williams, facing the prospect of spending the rest of his life in prison if convicted of trying to murder a Decatur police officer, convinced a judge Friday he was capable of defending himself without a lawyer.

Williams, 23, now has the unusual prospect of being able to cross-examine Stephanie Vail, the officer he is accused of nearly shooting to death by opening fire on her with a machine gun. Police say if the modified handgun hadn’t jammed after firing one bullet, Vail would mostly likely have been killed; as it was, she was wounded when the single fired bullet shattered on a nearby metal fence and peppered her with fragments.

Their first encounter in Macon County Circuit Court is likely to be a preliminary hearing scheduled for Jan. 26, when Judge Rodney Forbes will hear the evidence and decide if there is probable cause to try Williams.

He is pleading not guilty to charges of attempted murder, three counts alleging the aggravated discharge of a firearm and a charge of being a felon in possession of a machine gun.

He also denies two further counts of being a felon in possession of a weapon and a charge of obstructing justice by destroying evidence. Police say he washed his hands in his own feces in order to frustrate a test a detective was waiting to perform to check for gunpowder residue.

At Friday’s hearing, Forbes warned Williams — who entered court making an obscene gesture to the waiting media — that he was facing 20 to 80 years in prison if convicted on the attempted murder charge alone, along with a 25 year enhancement for using a firearm. And a conviction of any of the aggravated discharge of a weapon charges carried penalties of up to 45 years in prison, all terms to be served at 85%.

Forbes repeatedly asked Williams if, knowing all of that, he still wanted to take a chance on defending himself.

“You understand that presenting a defense is not simply a matter of telling your story?” asked Forbes. “There are Supreme Court rules, there is rules of criminal procedure, there is rules of evidence, and you will be responsible for knowing all of those and the court will not provide legal advice to you. You will be acting as your own attorney and you will be responsible for doing the research and knowing all these rules. Do you understand that?”

Before allowing Williams to represent himself, the judge had earlier probed his educational background. The defendant told him he had graduated high school and been to college to study business management.

Asked if he had experience representing himself, Williams replied he was “Four and O,” implying he had been successful in doing that multiple times. Court records show he did successfully defend himself on at least one occasion in July of 2019 when he was found innocent of a charge of aggravated battery to a peace officer. The trial had gone into a second day and the jury returned with their verdict after deliberating for just 28 minutes.

Williams is currently also defending himself on an unrelated charge of obstructing justice, which is due to go to trial on March 22. If he is convicted in that case, any prison sentence will be served consecutively to any sentence he receives if convicted of trying to kill Vail.

The charges of attempted murder date to the early morning hours of Jan. 8 when prosecutors claim he fled from Vail on foot after she tried to pull him over for a traffic stop. Released body cam footage shows Vail running in pursuit and then crying out in pain and shock after the bullet is fired. She did not return fire and Williams was found and arrested after police cordoned off the area near the 700 block of East Clay Street where the shooting happened.

Williams remains held in the Macon County Jail with bail set at more than $10 million.

View the police officer's body cam footage of the shooting and video from Friday's court appearance at herald-review.com

Police on Monday arrested a third man who they said started a fight outside a Decatur bar that ended up with another suspect opening fire with a machine gun.

Guns are fitted with illegal devices that make them fully automatic.

After reports of heavy snow Friday across a large portion of the Midwest, Decatur residents and businesses were surprised to only see a couple of inches hit the ground. 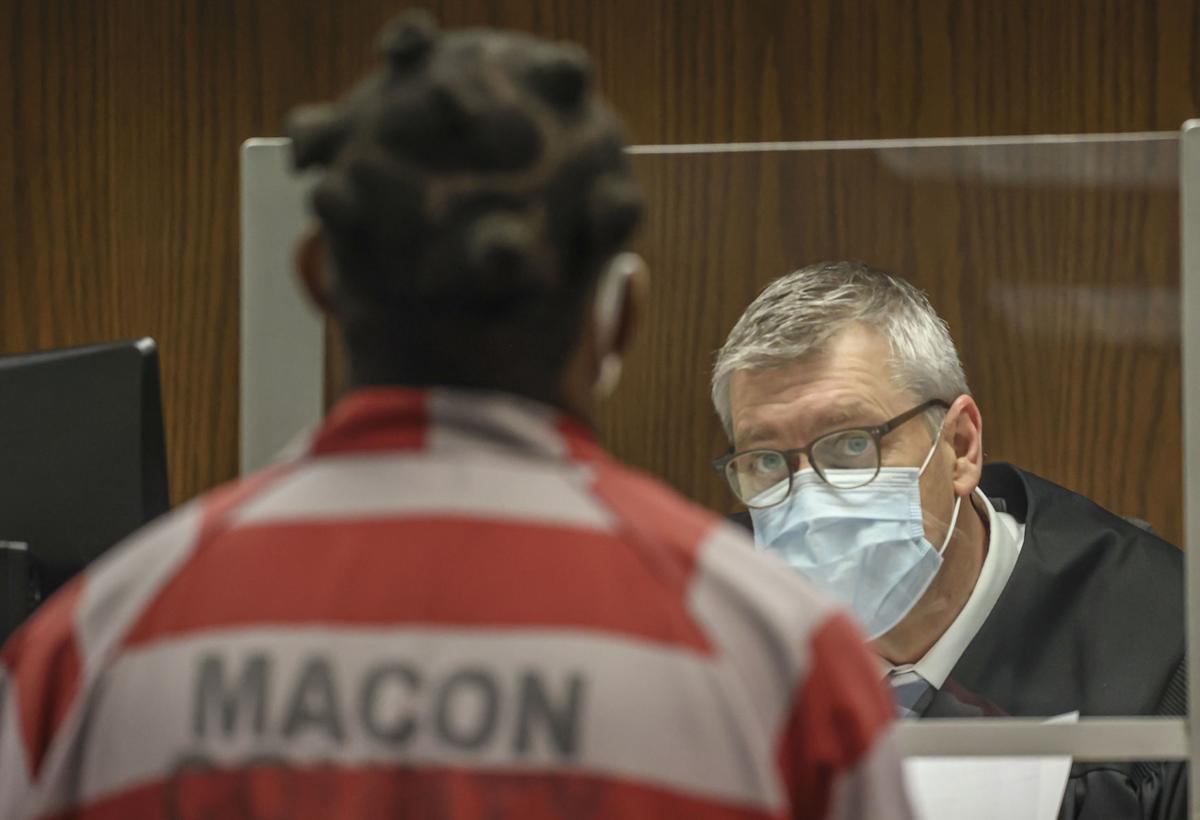 Joseph L.V. Williams appeared Friday in Macon County Circuit Court for a hearing to determine if he can represent himself against charges including the attempted murder of a police officer. Also pictured is Judge Rodney Forbes, who granted the request. 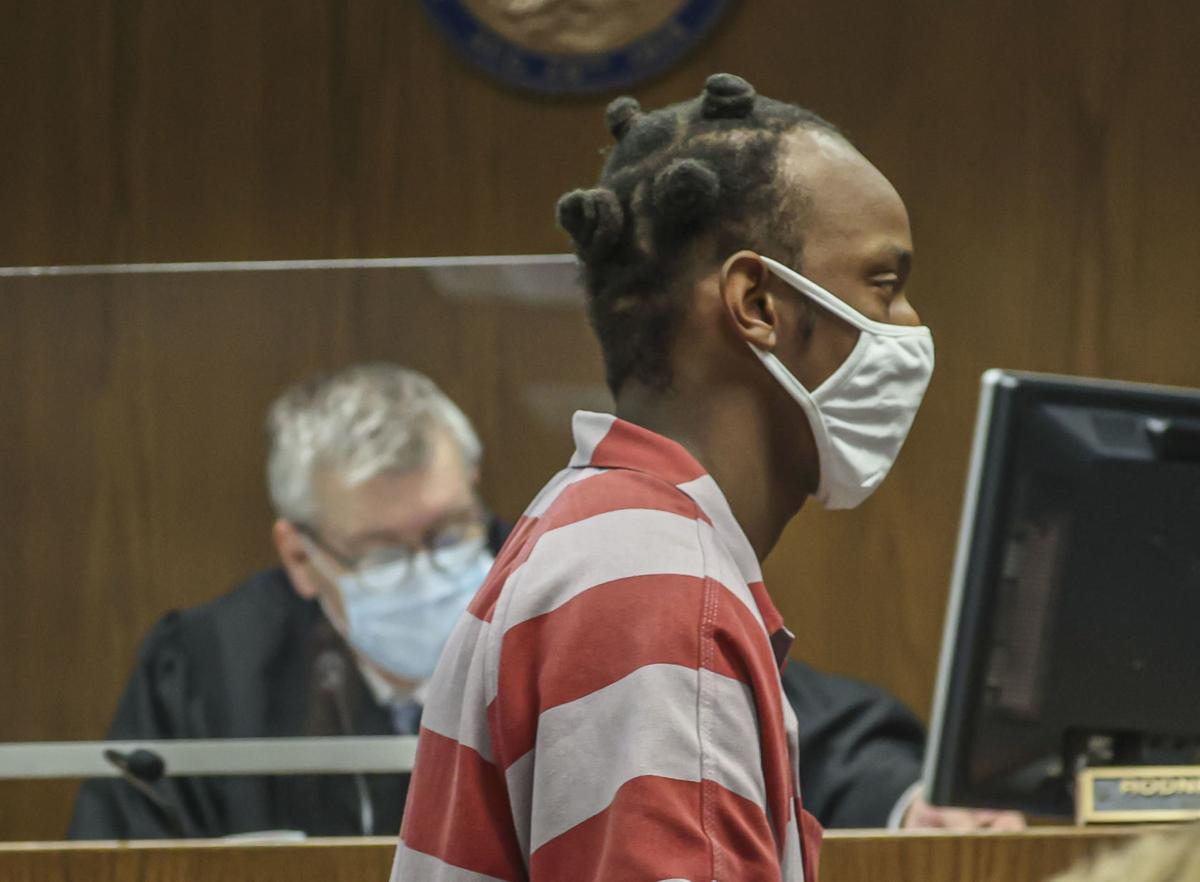 Joseph L.V. Williams appeared Friday in Macon County Circuit Court for a hearing to determine if he can represent himself against charges including the attempted murder of a police officer. Judge Rodney Forbes, in the background, granted the request. 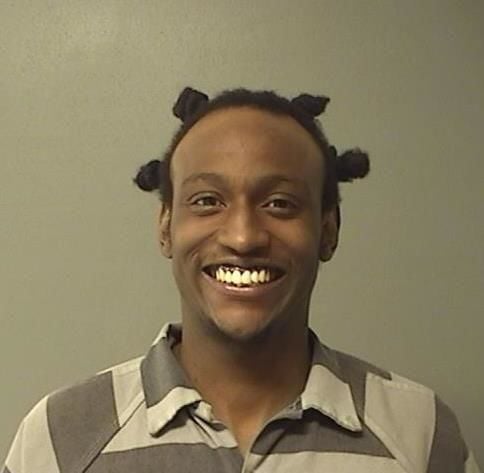 Two counts of attempted murder, and several other serious charges, were dismissed against Williams at a court hearing May 3, 2020. But a judge dismissed the charges without prejudice, which means they could be refiled. Williams, who represented himself in court, has always maintained his innocence.