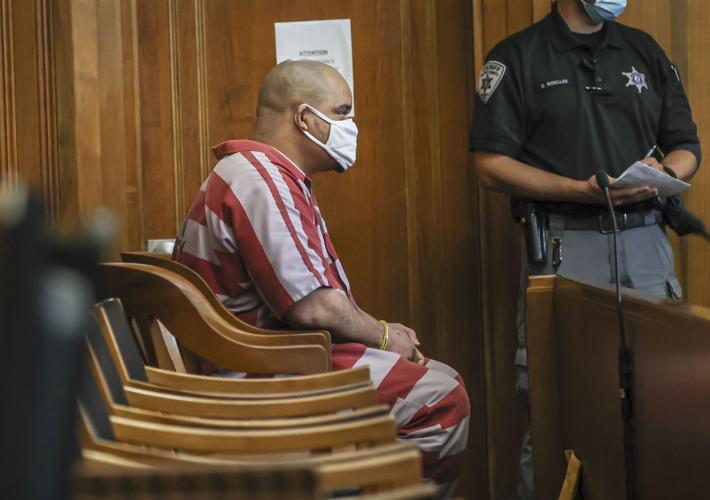 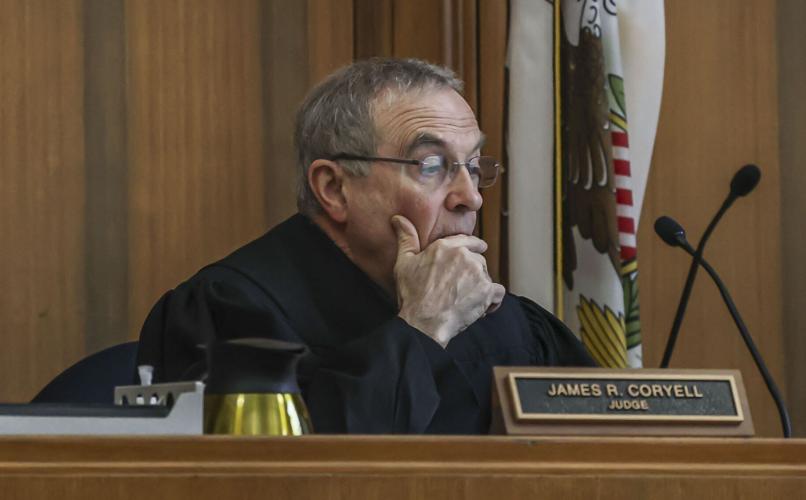 Judge James Coryell said on Tuesday that Boykin was wrong on every point he raised in his motion to for a new trial.

DECATUR — Marcus D. Boykin, convicted of trying to murder a Decatur Police officer, failed in a bid Tuesday to win a new trial by arguing he had not been defended effectively by his lawyer.

Boykin had been due to be sentenced in Macon County Circuit Court on Tuesday but his attorney, Chris Amero, had not been able to meet with him after he filed a motion from his jail cell claiming ineffective assistance of counsel.

The 40-year-old Boykin is facing a minimum of 40 years and a maximum of some 80 years in prison when he is sentenced. He was convicted by a jury in February of the attempted murder of Officer Chris Snyder after he drove up to his parked squad car the night of June 18 and fired a shot from almost point blank range.

Amero had argued that Boykin had shot the gun, but insisted it was never the defendant’s intention to kill the officer, who had ducked and escaped injury. The attorney said Boykin was trying instead to commit suicide by cop by provoking the officer into shooting him.

Boykin, in his written motion, said the defense strategy had been all wrong. He argued that the jury was left with nowhere to go but find him guilty after being told “I did shoot at Snyder … how could they rule in any other way when trial counsel said I did as charged.”

The defendant also argued that prosecutors had failed to present any concrete evidence that “I fired a gun” at all.

Judge James Coryell, however, said Boykin was wrong on every point he raised. Coryell said he had listened to the evidence and Amero had never said the defendant had shot directly at the police officer.

Coryell said the defense argument was that a gun was fired, but Boykin never attempted to kill or injure Snyder. “... That was the thrust of his defense and that was his strategy,” Coryell said of Amero. “And that was the only strategy available to him, quite honestly.”

As for the prosecution’s lack of sufficient evidence, the judge reminded Boykin that there was no doubt a gun had been fired. “And you were apprehended with the gun in your hand and the shell casings found in the parking lot (where the shooting happened) and in your car came from the gun that was in your hand.

“The defendant’s claim of ineffective assistance is totally without merit …” the judge added.

Amero is now free to meet with Boykin to discuss representing him at the sentencing hearing, which was put back to April 8. Boykin is being held in custody at the Macon County Jail.

A jury took less than two hours to convict Marcus D. Boykin of trying to kill a Decatur cop.

Marcus Boykin is pleading not guilty to attempted murder of a peace officer and multiple other charges.

The victim recognized the face of Tyrek D. Jones, also known as Tyrek D. Smith, as the 20-year-old man who had shot 10 bullets at her car, one of the shots lodging in her chest.

Due to a power outage on campus, Richland Community College will be closed the remainder Thursday, March 31.

Two men have been arrested in connection with four vehicular hijackings in Decatur.

Defendant is pleading not guilty and says another man was the shooter.

Illinois State Police have released a dash-camera video showing  police fatally shooting a man suspected in the murders of two women in Collinsville.

Marcus D. Boykin was sentenced to 50 years in prison Friday for trying to shoot to death a Decatur cop.

DR Congo says more than 270 killed in massacre by rebels

DR Congo says more than 270 killed in massacre by rebels

Judge James Coryell said on Tuesday that Boykin was wrong on every point he raised in his motion to for a new trial.