DECATUR — Jessica A. Logan, the Decatur mother who smothered her 19-month-old son to death, was sent to prison for 33 years on Wednesday.

Macon County Circuit Court Presiding Judge Thomas Griffith said the 27-year-old woman will serve 100% of that sentence for the murder of Jayden M. Comage in October 2019.

Logan had been convicted after a jury trial in June.

The defendant, who wept as she was led away to begin her sentence, had earlier turned in pictures of her family to the judge — she has another young son at home — and tried to convince the court she wasn’t the calculating monster described by the prosecution.

“I always put my boys first and put myself last, I’ve always been like that,” she said, telling Griffith she thought about her dead son every day. “... My heart hurts for the loss of my child, and I would do anything to have him back,” she added, while asking for leniency.

Assistant Macon County State’s Attorney Stephen Friedel, who had called for a 50-year sentence, described Logan as the kind of person who scared him. He said she had planned to murder her own son so she could collect on a $25,000 life insurance policy while she was drowning in debt.

“With a person like that, I would be afraid to be between them and a $100 bill, because they have no concern about what happens to me if the $100 is something they want, that serves them,” he added.

“And in this case we have a mother who killed a toddler to collect the insurance money. With zero regard for the fact she murdered a child, she only saw what she got from it, and that frightens me.”

But defense attorney Chris Amero pointed out that Logan chose to never collect a penny of that life insurance money. “This is not about money, judge,” he said. “To say she did this without any regard for anything just so she could make a buck is not there, judge, the evidence is not there.”

Amero argued for a lesser sentence, pointing out that Logan will spend years in prison while cut off from her remaining child whose own fate is uncertain as Logan’s boyfriend is incarcerated.

The judge, who said he struggled to come to terms with the horrific nature of a parent killing their own child, wondered if Logan somehow mentally “snapped” under mounting financial pressures. He noted she had debts she couldn’t pay and was even being hounded for money by her boyfriend who demanded cash to make his life easier while behind bars.

… “Maybe I am naïve and maybe Miss Logan is some type of cold, calculating monster that I can’t possibly understand,” said Griffith.

“But there is some part of me that believes Miss Logan was under a great deal of stress, financial stress… and I believe… Miss Logan got to the point where she couldn't’ take it anymore, she killed her own child, and probably ultimately was looking for some money in the process ...”

Jessica A. Logan's defense attorney says her 19-month-old son's death was a tragic accident. Prosecutors say Logan was desperate for money and ready to collect on a $25,000 life insurance policy the day his body was found.

A Macon County jury decided that Decatur mother Jessica A. Logan murdered her 19-month-old son Jayden M. Comage by smothering him to death in his bed. 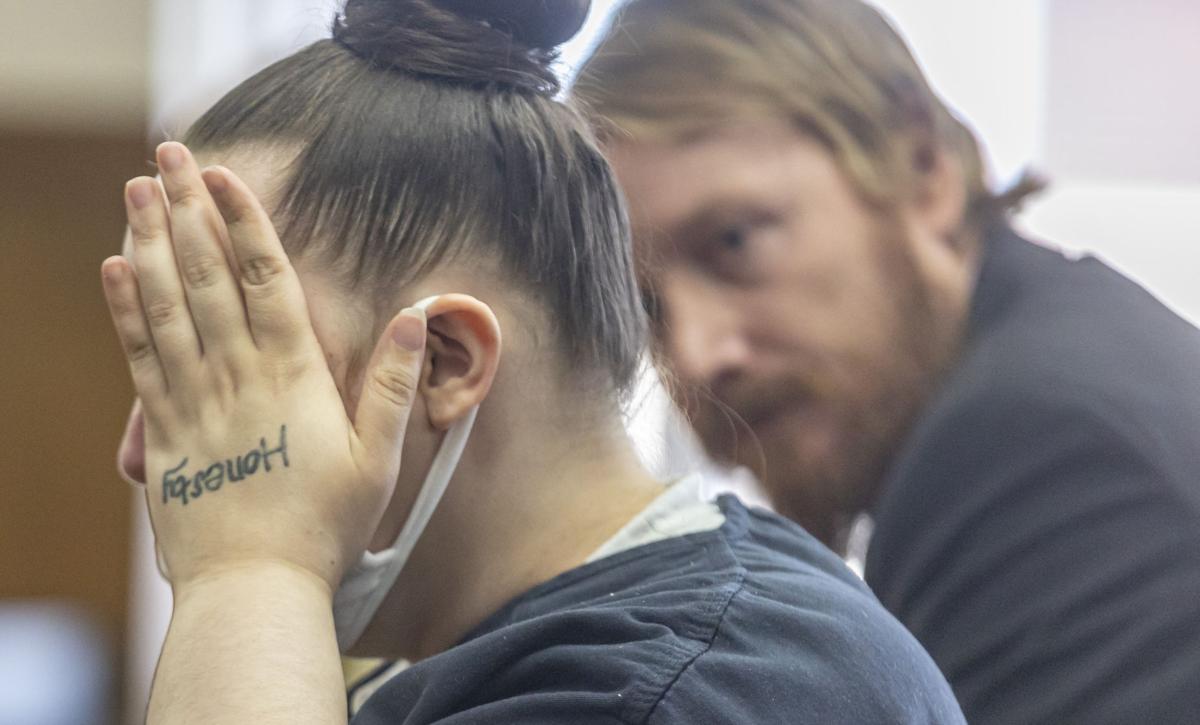 Defense attorney Chris Amero speaks with Jessica A. Logan, the Decatur mother found guilty of smothering her 19-month-old son to death, in court on Wednesday. She was sentenced to 33 years in prison. 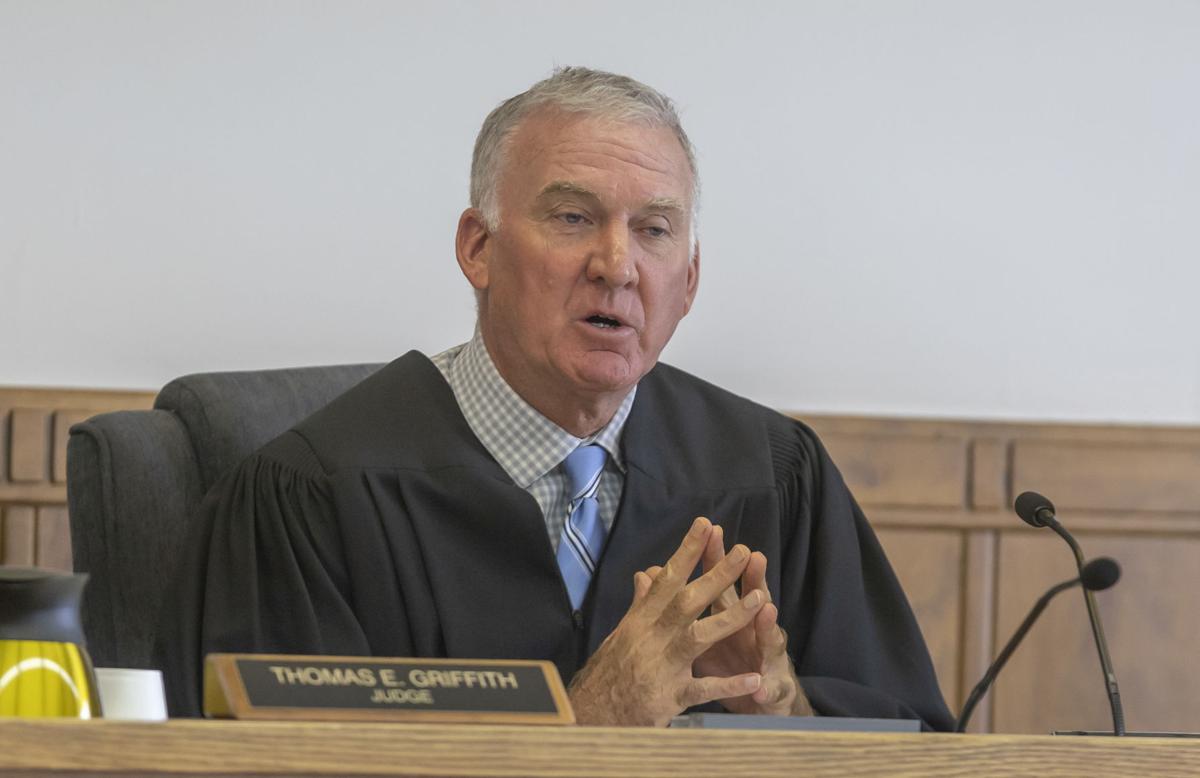 Judge Thomas Griffith speaks during the sentencing hearing of Jessica A. Logan, the Decatur mother who smothered her 19-month-old son to death, on Wednesday. 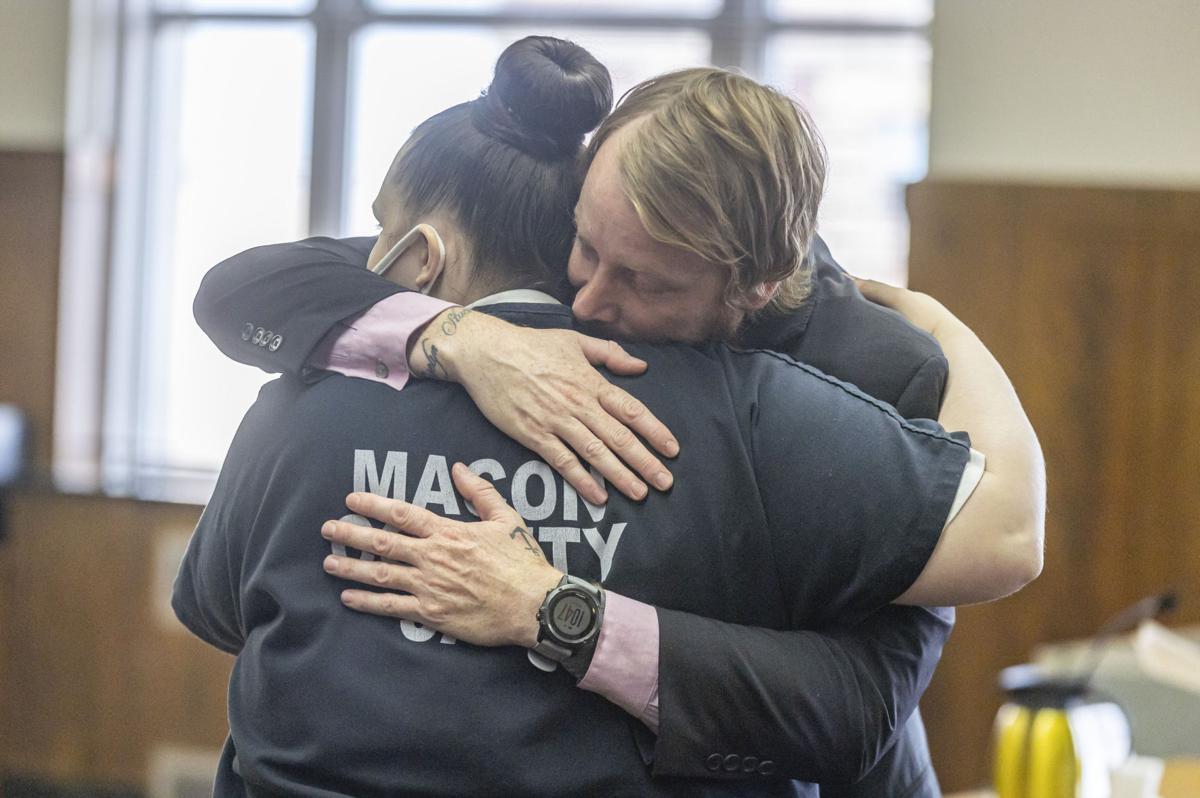 Defense attorney Chris Amero hugs Decatur mother Jessica A. Logan in court on Wednesday. She was sentenced to 33 years in prison for killing her 19-month-old son. 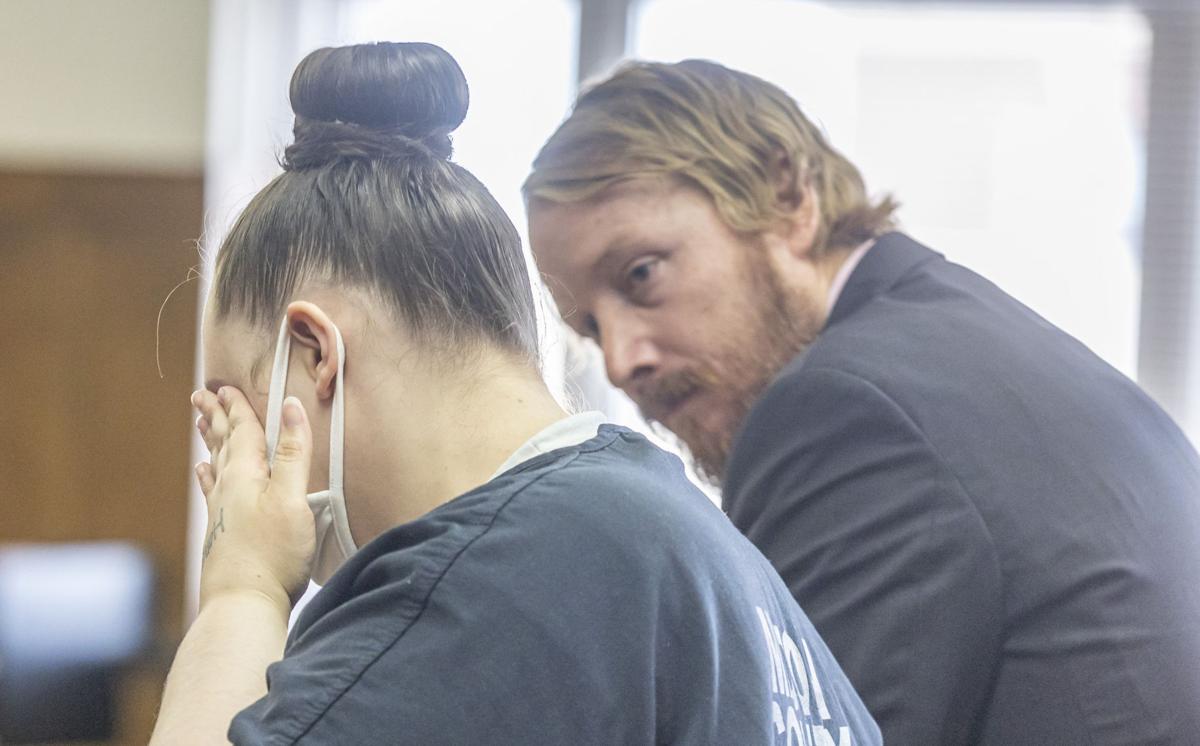 Defense attorney Chris Amero speaks with Decatur mother Jessica A. Logan, the Decatur mother who smothered her 19-month-old son to death, in court on Wednesday. She was sentenced to 33 years in prison. 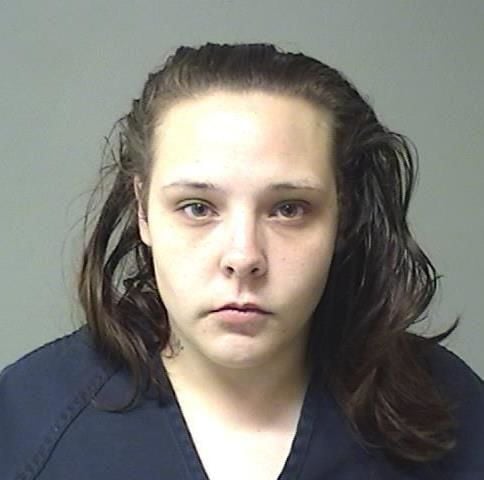 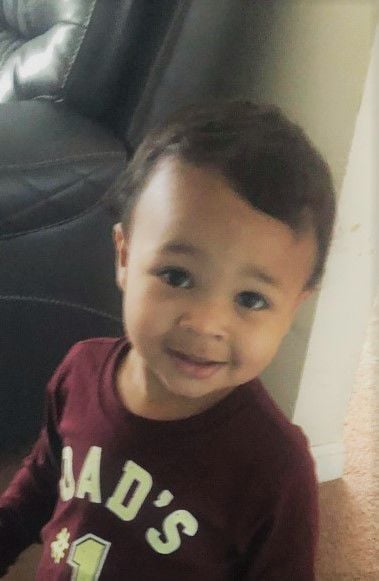