FORSYTH — Larz Cothern checked the last item off his bucket list on Thursday when he got to drive the Dragula, Grandpa Munster's race car.

That car and the Munster Koach, both replicas owned by "The Munsters" star Butch Patrick, who portrayed young Eddie Munster on TV from 1964-66, visited Coziahr Harley-Davidson specifically to let Cothern drive the car.

“I'm actually friends with Butch and his wife Leila (Murray) on Facebook,” said Cothern, a musician and stay-at-home dad. “It was a dream of mine to drive this gorgeous piece of machinery (the Koach), and they made it happen. So I told Butch, if you guys ever get to come back through, my bucket list is to drive both. You can't drive one without the other.”

Patrick was on his way to the Nostalgia Drags car show in St. Louis this weekend and made that detour through Forsyth and Decatur to allow Cothern to do just that. Cothern put his 4-year-old daughter, Sabrina, on his lap and they took a couple of laps around the parking lot.

“They surprised me,” Cothern said. “I got a text message that said, 'Is your day free?,' and I said absolutely. For you guys, I'll do whatever I need to.”

Cothern joked that having kids was a thrill, but driving the Dragula was better.

“Or having your kids in the Dragula, the double bubble,” Patrick quipped.

Patrick obtained the cars from Rucker Posey of Richmond, Virginia. He met Posey about eight years ago at a haunted attraction, he said, after Posey was hired to drive Patrick around.

“He was dressed up like Grandpa so he was living the Munster dream,” Patrick said. “A few years ago he wanted to retire, and he asked me if I knew anyone who wanted to buy them and obviously, I stepped forward and said I'd love to have them. I just actually finished acquiring them about three months ago, so they're all mine now.”

Patrick and Murray live in Missouri and spend weekends going to car shows with the iconic vehicles, which are transported in a box trailer that sports a portrait of the Munsters' pet dragon, Spot, on the front.

Patrick runs www.munsters.com and a Facebook page, The Official Munsters Fan Group, which is how he and Cothern became acquainted, and Murray had already posted photos of the Forsyth stop on the page just a few hours after their stop. They followed that up with a quick stop at Garfield Montessori School, where Cothern's daughter is a student.

Being on "The Munsters" was a positive experience for Patrick, he said, with the opportunity to meet several of the stars he admired, many of whom were guests on the series, and he loved working with Fred Gwynne (Herman), Al Lewis (Grandpa), Yvonne DeCarlo (Lily) and Pat Priest and Beverley Owen, who each portrayed Marilyn for a season.

People still love the show even after all these years, he said.

“It was a great show to be a part of,” he said. “The people were very nice. The people who produced it had done 'Leave it to Beaver' for many years, so it was very kid-friendly. Universal Studios was a wonderful place to go explore when you weren't working and you had a little free time and people treated me very nicely, so I had a good time.”

See a video of Butch Patrick speaking about his days on "The Munsters" with this story at heraldreview.com.

DECATUR — The Humane Society of Decatur and Macon County are collecting gently-worn used and new shoes at several locations through May 31. If…

Going with God: the annual blessing of the bikes

FORSYTH -- The weather outside was frightful, but the blessings were quite delightful.

DECATUR — With the exception of its black granite base, organizers said a majority of the nearly 30-foot 9/11 memorial on Nelson Park’s lakefr…

Motorcycle club: We're in Decatur for fun, not trouble

DECATUR – Rumors that the Hell's Lovers motorcycle club is coming to Decatur are true.

Full Throttle Friday revs up the weekend for bikers

DECATUR — Adam Watts loves the sense of freedom that riding his motorcycle brings. He said he likes to feel the wind blow through his hair, an… 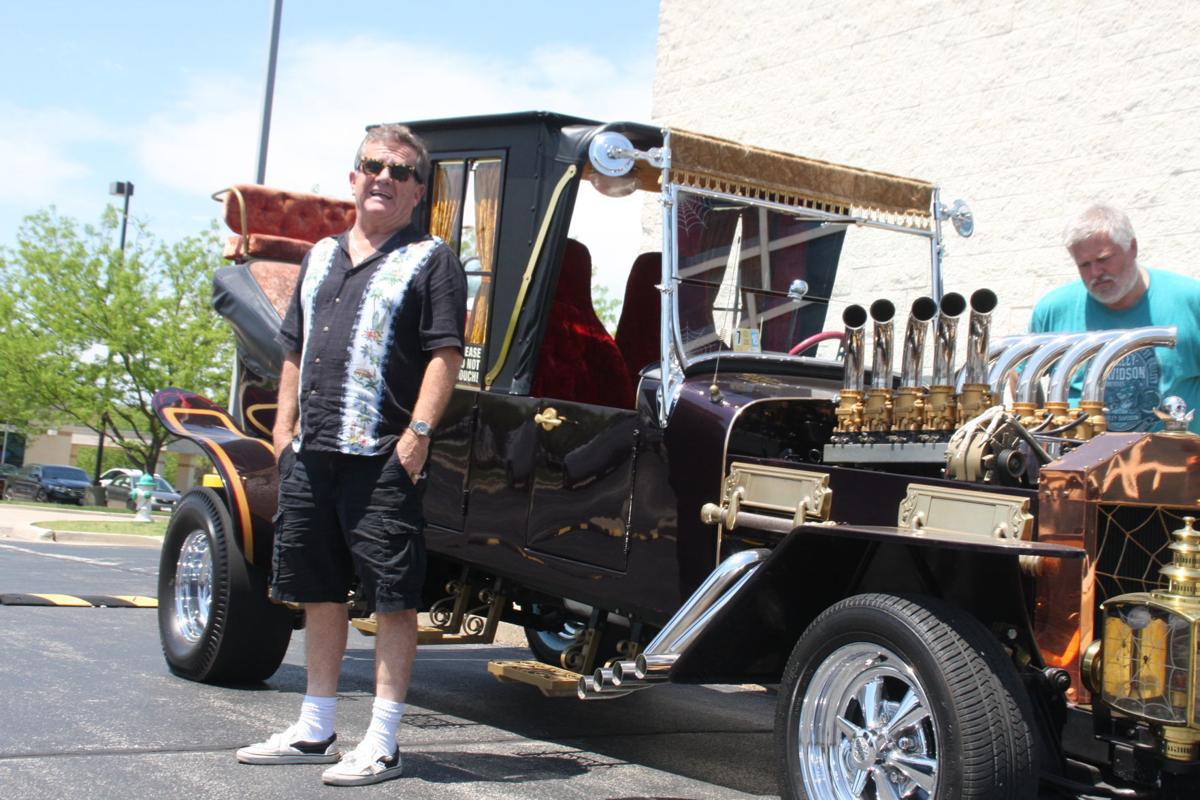 Butch Patrick, who portrayed Eddie Munster on "The Munsters" TV show in the 1960s, stands next to his replica of the family car. 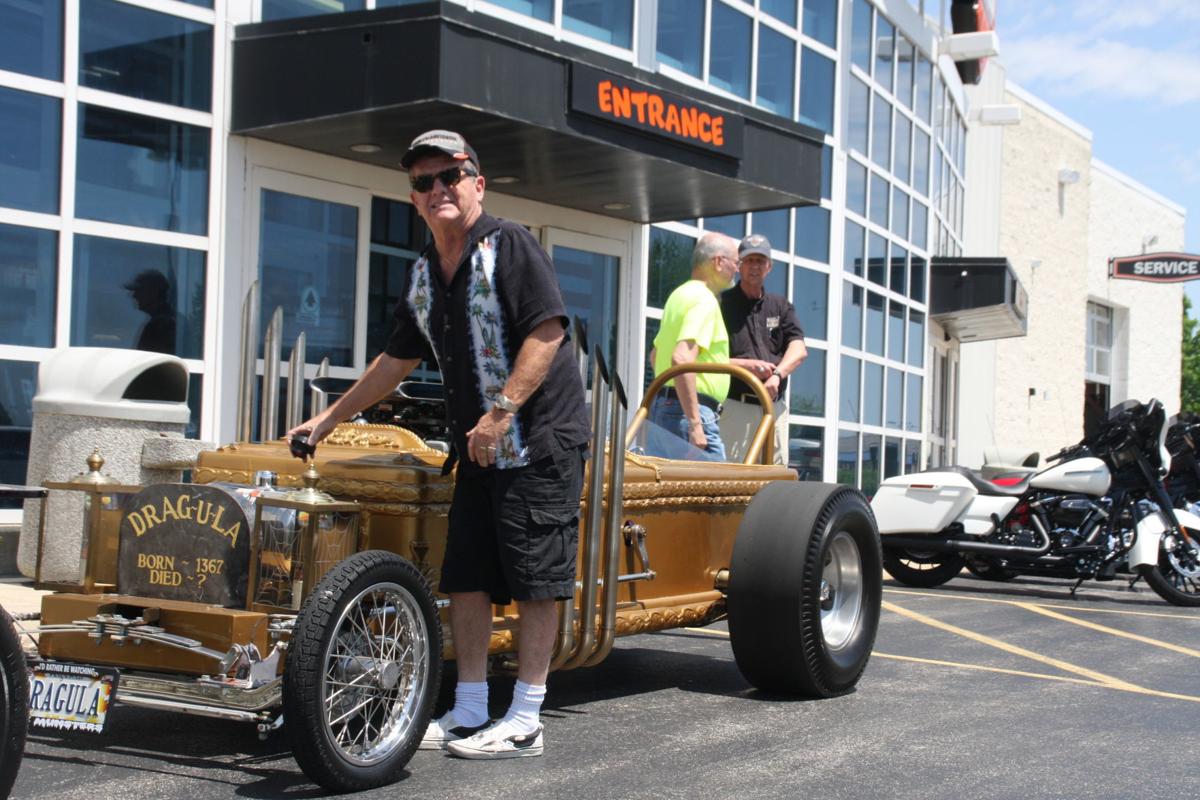 Patrick stands next to a replica of the Dragula race car. 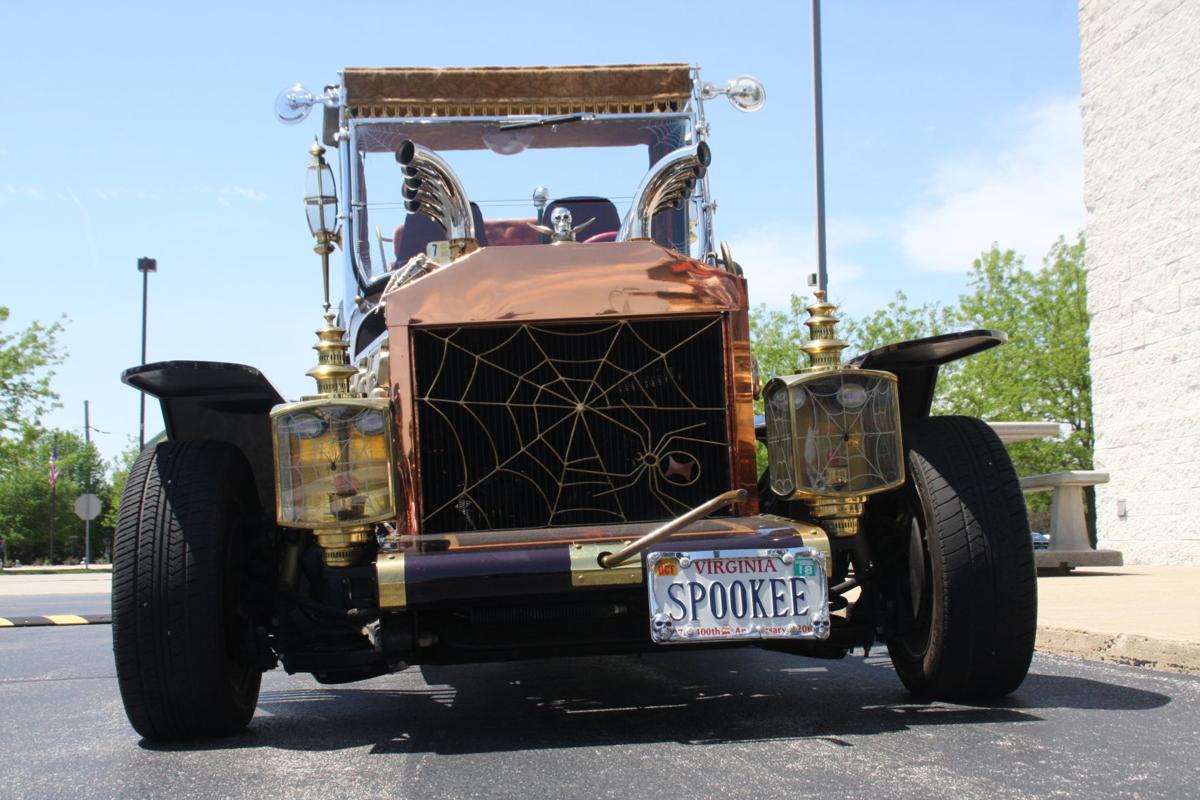 The Munster Koach, a replica of the famous George Barris-built car used on The Munsters, visited Cozaihr Harley-Davidson on Thursday. 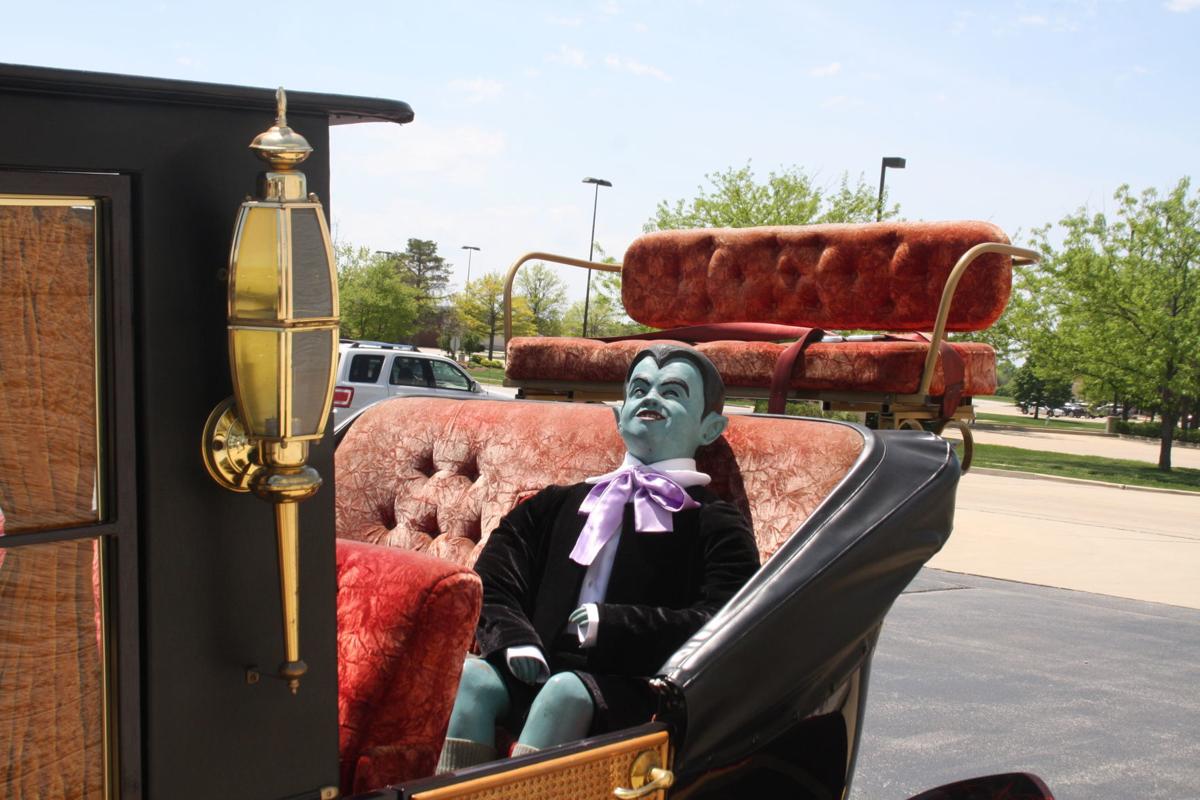 A replica of Eddie Munster sits in the rear seat of the replica Munster Koach. 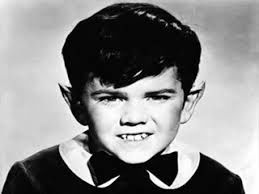 Butch Patrick as "Eddie Munster." The TV show originally was on the air from 1964-66.