DECATUR — It's appropriate that the newest addition the Scovill Sculpture Park is called "Learning Curve."

As people waited for the towering structure to be unveiled to the public Wednesday evening, many quickly took notice of the prominent curve in its design. Artist Aaron McIntosh said "Learning Curve" makes sense not only for that reason, but also because it's the first sculpture that he's ever created.

With steel fabricated by Iron Bull Fabrications and a curved LED display, McIntosh's sculpture was one of more than 200 potential pieces that the Decatur Parks Foundation considered installing in the sculpture park.

Since June 2016, the foundation has overseen the park project with a $250,000 grant from the Howard G. Buffett Foundation and cooperation with the Children's Museum of Illinois, Decatur Parks District, Decatur Area Arts Council and Neuhoff Media.

Jill Applebee, the foundation's executive director, said the board narrowed the selection field to 12 sculptures, and chose "Learning Curve" as a permanent addition to the park.

"We really wanted to focus on having a local artist," Applebee said. "That was important to us. After talking to Aaron and hearing his vision, and seeing his thoughts, it all just came together like a perfect plan."

Originally from Champaign, McIntosh said he and his wife, Abi, moved to Decatur about five years ago. The couple owns and operates both New Era Signs Inc. and the Standing Paddle Co., which offers kayak and stand-up paddleboard rentals on Lake Decatur.

Since the couple joined the community and opened their businesses, McIntosh said his experiences in Decatur have introduced him to many new things about the city that he's come to admire.

"The idea behind this piece is that it's peeling out of the ground and revealing more about our community," he said.

The sculpture's LED display is designed to reflect into a pool of water at its base.

On Wednesday, it displayed vivid, multicolored, constantly shifting patterns, which McIntosh credited to digital art by software artist Scott Draves. In the future, McIntosh said he plans to collaborate with Millikin University students to showcase their artwork on the screen.

"This is just a canvas for them to work on," he said. "To be able to create whatever they want."

Inspiring the creativity of young artists has become a goal for McIntosh in recent years.

"When I was in high school, we had one tub of clay that had to last us for the whole year, and the football team got new helmets every year," he said. "When I can find an opportunity to share more growth in art, I'm all for that."

Applebee said "Learning Curve's" display is powered by electricity, and will only be activated during park hours. As for the other sculptures, they will only be on display for two years, and are available for purchase from the artists, with 20 percent of the proceeds going to the parks foundation.

Two of the current sculptures, one of a butterfly and the other of a dragon, which sits front of the children's museum, have been purchased by donors. The others are scheduled to be replaced in summer of 2018.

Applebee is looking forward to the future of the sculpture park, and hopes that "Learning Curve" will leave visitors in awe.

"It's a piece of beauty, and something that people are going to come here and see," she said. "It might even become an icon in Decatur."

See more photos and video from the unveiling of "Learning Curve" with this story at herald-review.com.

Our view: Decatur water park delay is disappointing, not dire

DECATUR — To be an effective leader, a person must have integrity and character, Steve Ford, son of former President Gerald Ford told a room o…

DECATUR — The Howard G. Buffett Foundation will build a new $4.2 million facility south of Decatur for the the new Central Illinois Regional D…

Vampires, witches, tortoises ... oh my? Boo at the Zoo draws a crowd 👻

DECATUR — With the New Technologies Studio's 3-D printer whirring in the background creating a pan flute, students in the 3D Printing Honors C…

DECATUR — Gianina Taylor Baker wanted to be a medical doctor from her earliest memory.

'We all love him': Howard Buffett inducted into Decatur Wall of Fame

Community leaders named Macon County Sheriff Howard G. Buffett as the latest inductee to Decatur’s Wall of Fame on Tuesday, citing support for Decatur that has included tens of millions of dollars in donations in recent years.

CHICAGO — Christmas the way it is celebrated in countries around the world is coming to the Museum of Science and Industry in Chicago.

St. Louis Zoo animals get their greens in all seasons

Eating healthy over the winter holidays isn’t a problem only for people. Just ask Bakari the gorilla. 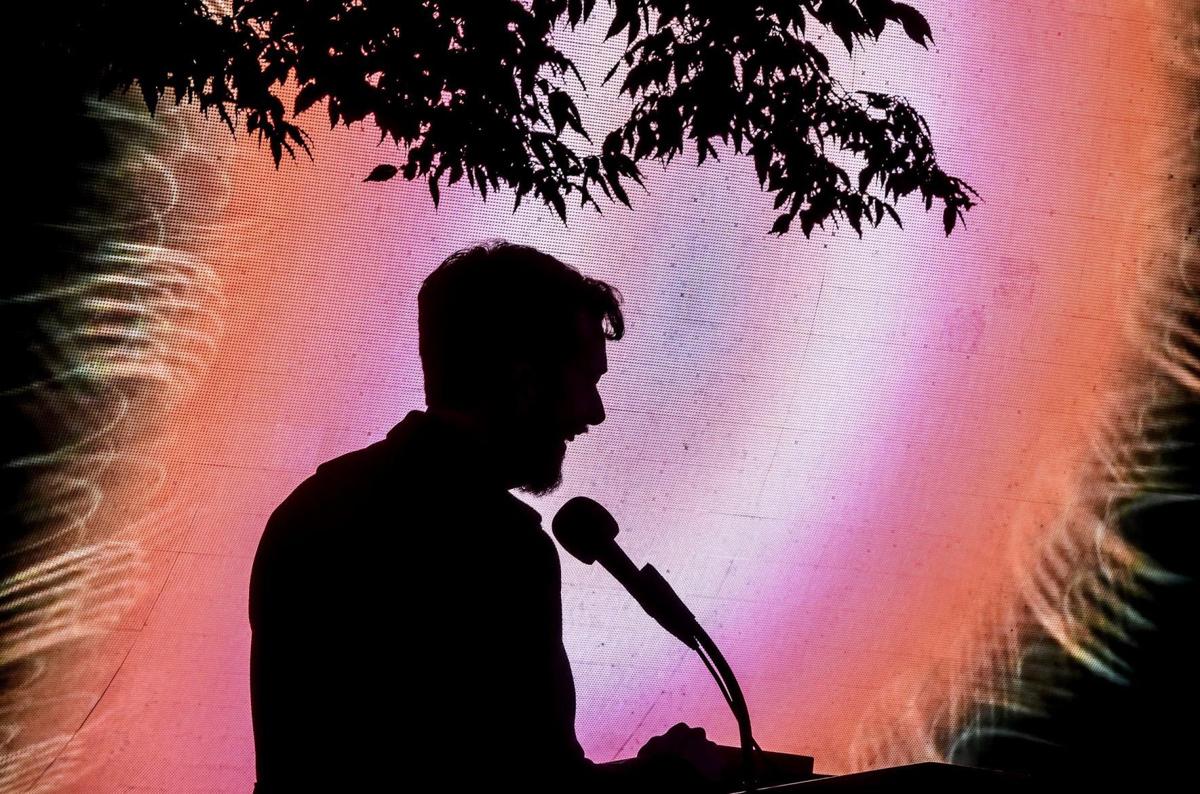 Aaron McIntosh talks about his sculpture Wednesday titled "Learning Curve" on display during a opening at the entrance of Scovill Sculpture Park in Decatur. In the future, the LED display will provide a platform featuring work of local artists and Millikin students. To see more photos from the day visit herald-review.com/gallery 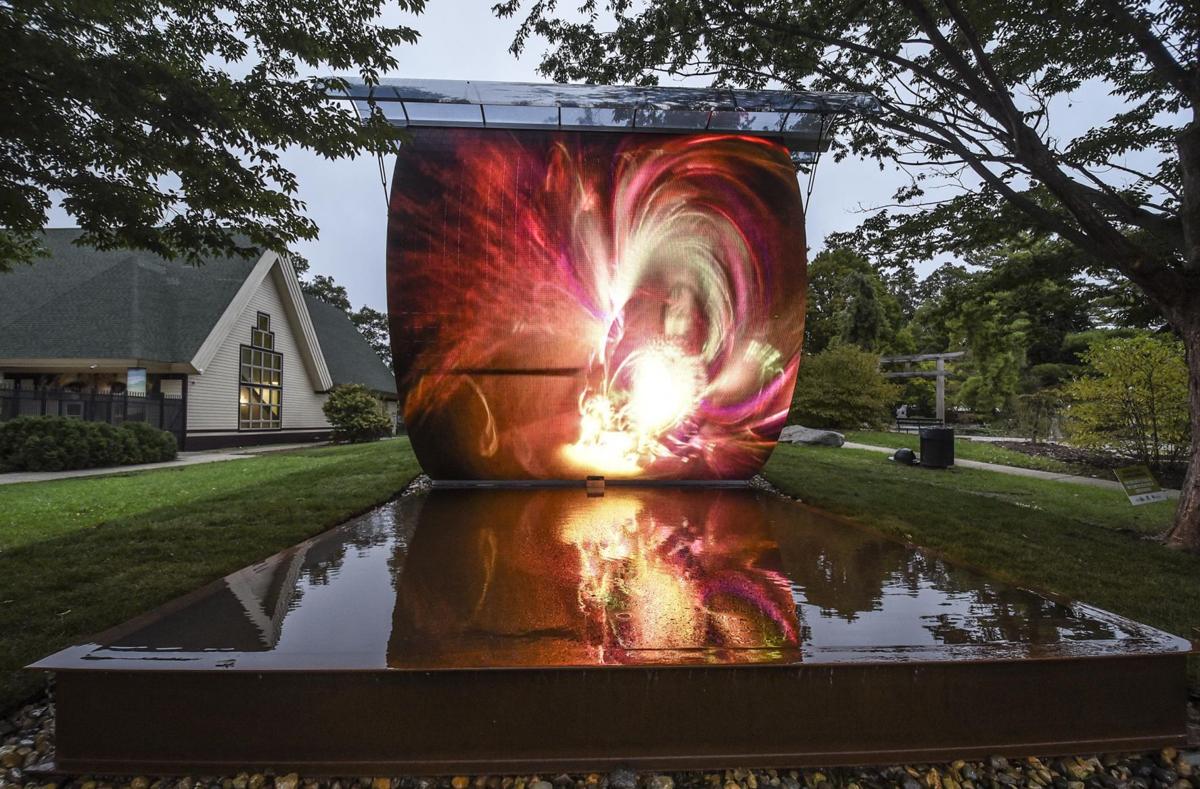 "Learning Curve," the latest addition to Scovill Sculpture Park, was unveiled Wednesday evening by members of the Decatur Parks Foundation. Patterns displayed in the photo come from digital art by software artist Scott Draves. In the future, the LED display will provide a platform featuring work of local artists and Millikin students. For more photos, visit herald-review.com/gallery 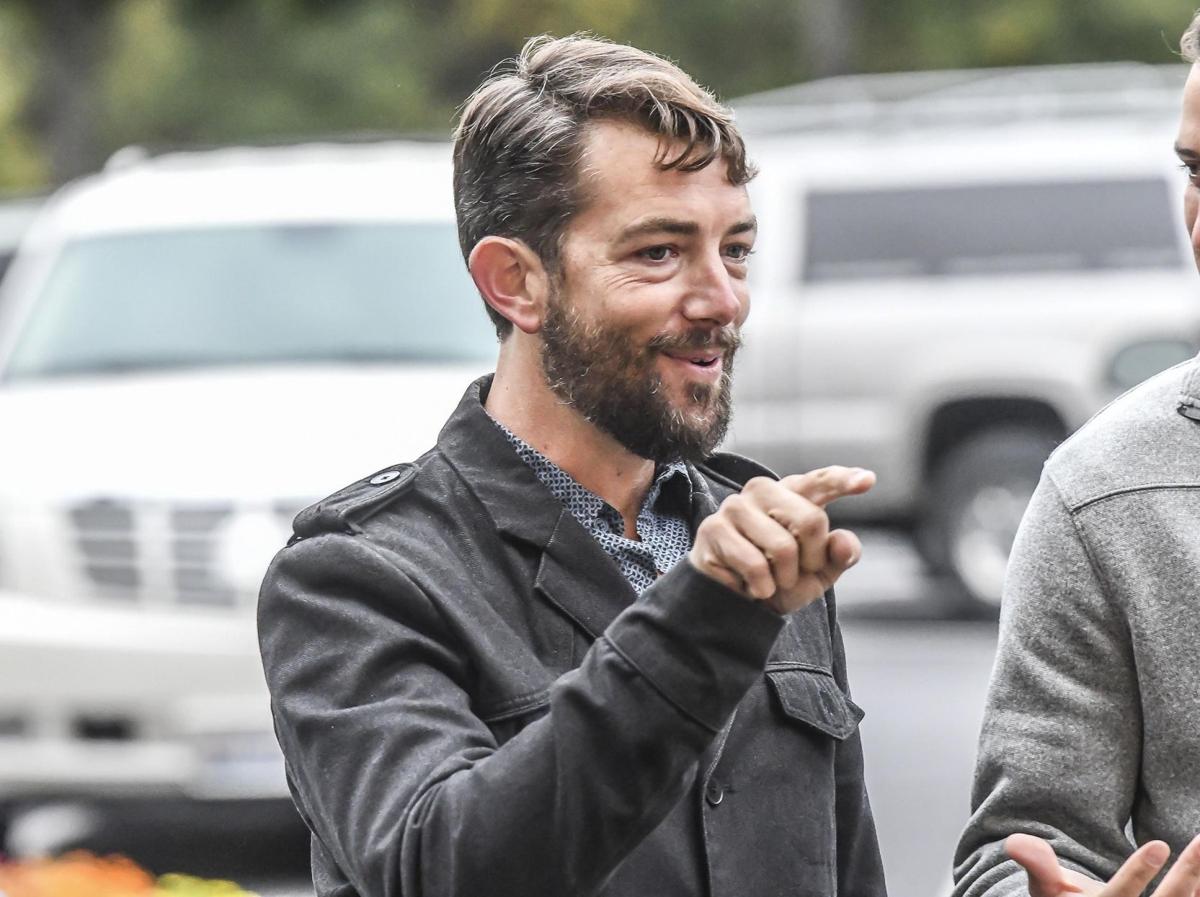 Aaron McIntosh talks about his sculpture Wednesday on display during a opening at the entrance of Scovill Sculpture Park in Decatur. The sculpture, which was chosen from more than 200 applicants, was McIntosh's first.