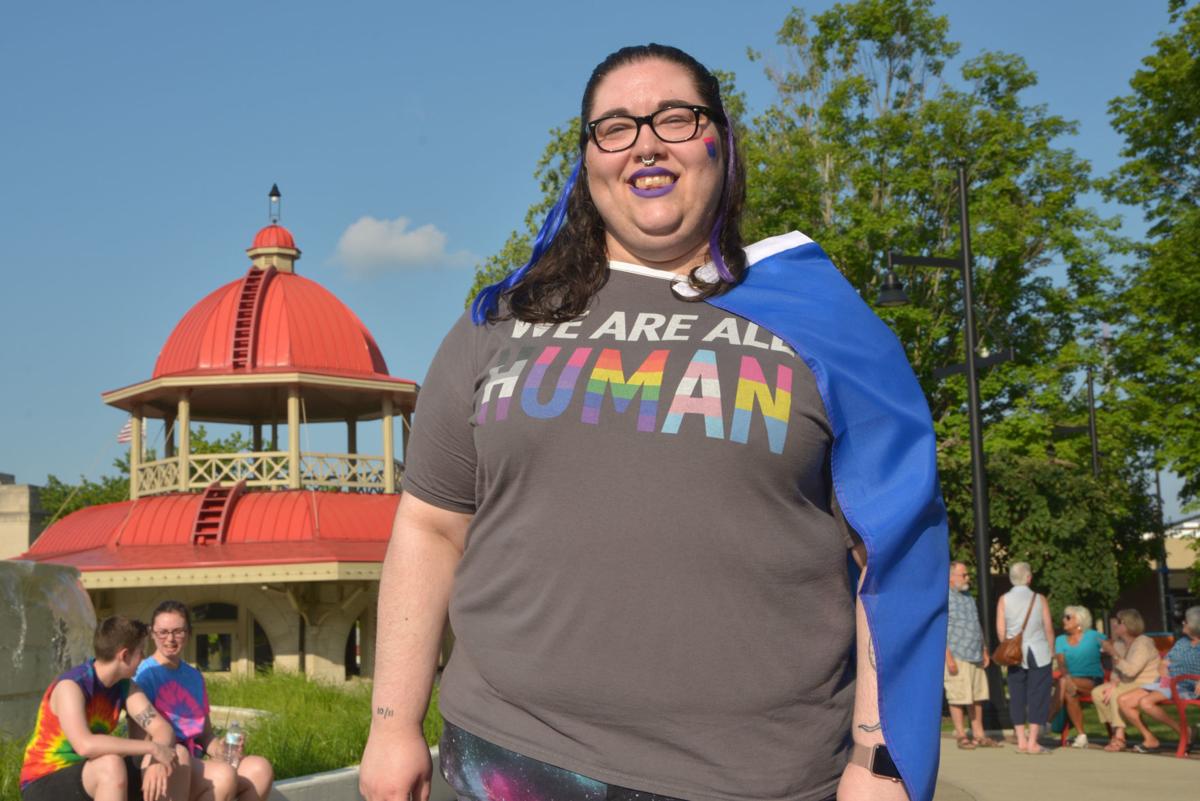 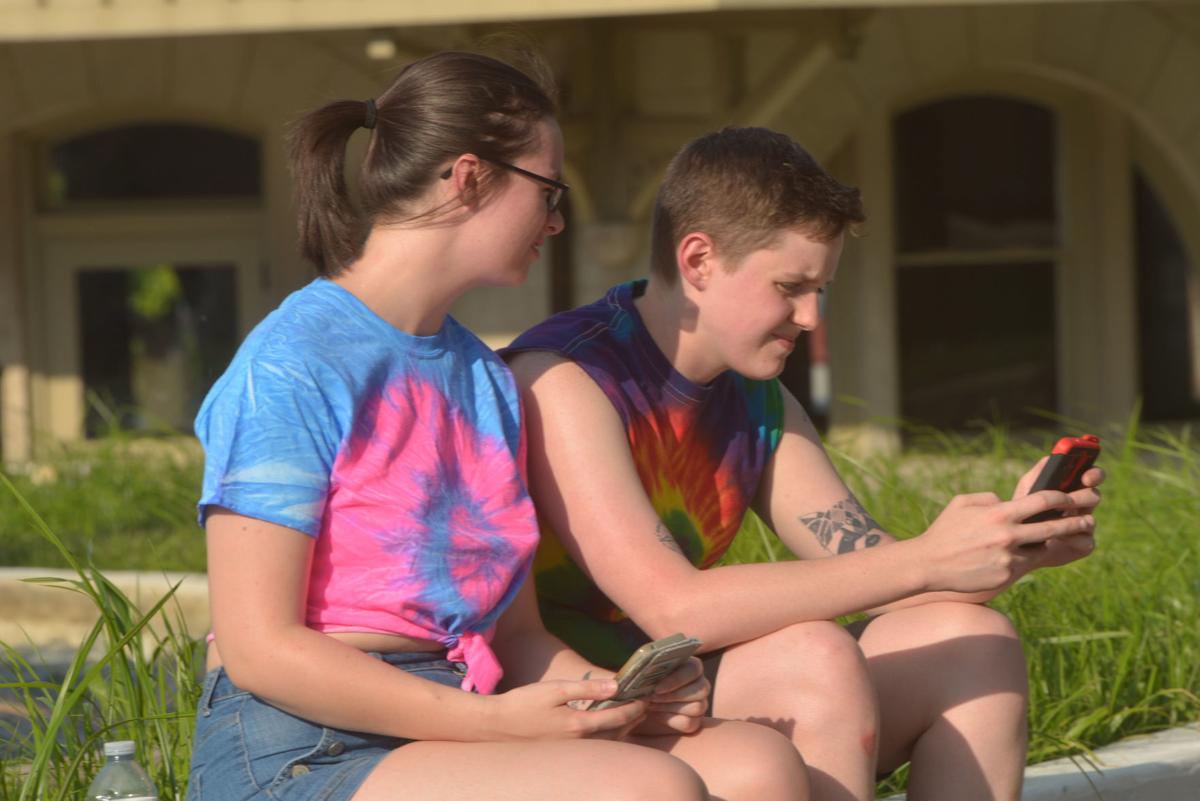 Sara Kirk looks over some cell phone notifications with Ryan Strocher at the Pridefest event at Central Park. 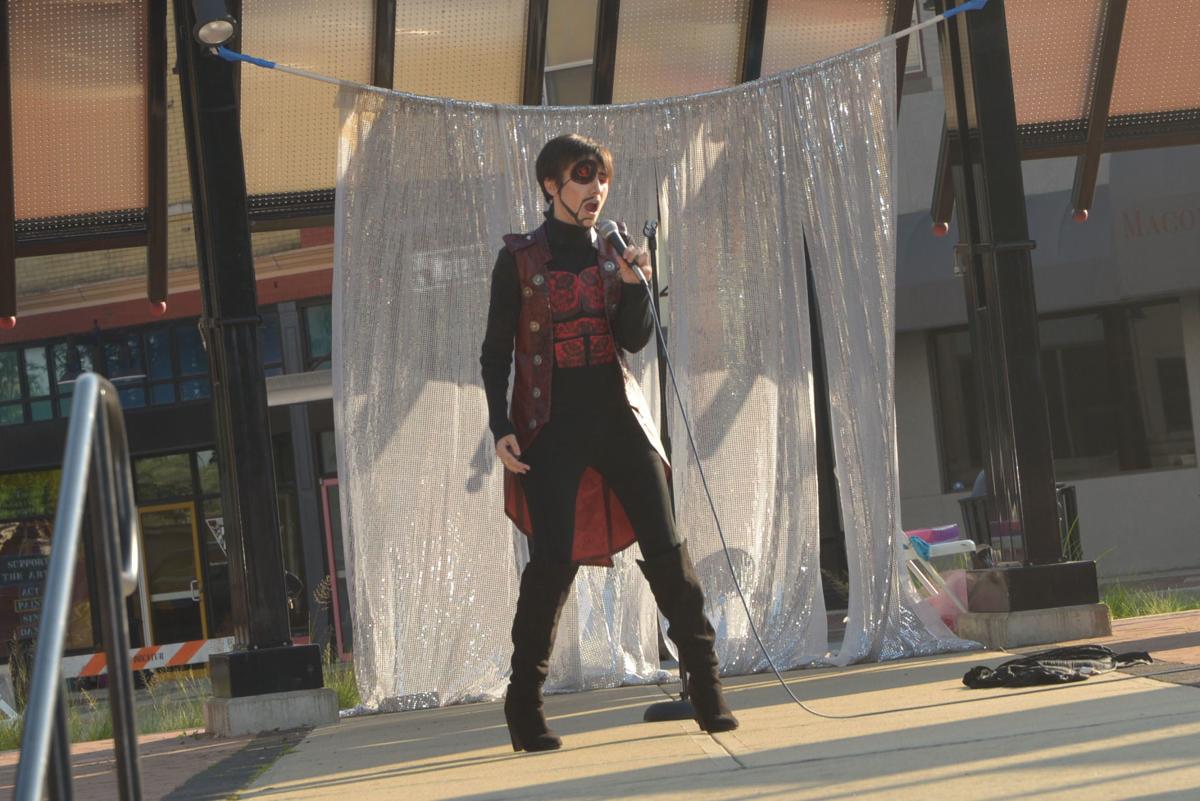 The entertainer “Spank” performs for the audience at Pridefest. 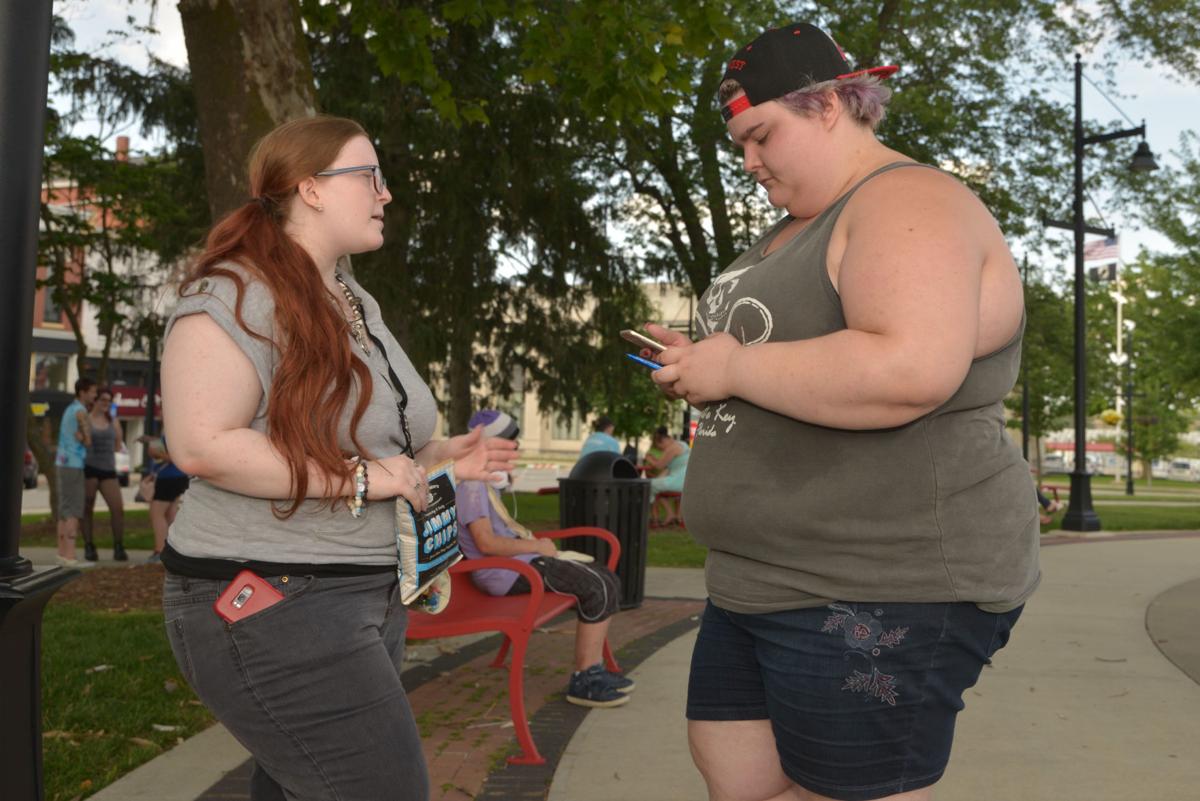 DECATUR — High heat and humidity Saturday didn't stop attendees at what may have been Decatur’s first public recognition of Pride Month, a worldwide event that celebrates the rights and culture of lesbian, gay, bisexual and transgender people.

Harmony Neal, 19, and Taylor Lyding, 20, traveled from Champaign to attend. They have been to other Pride festivals in other areas and noticed similarities with Decatur’s inaugural fest. “It’s a community coming out to support everybody,” Lyding said. “They’ve got that part down.”

Within the first hour of the festival Neal and Lyding were impressed with the gathering crowd, which grew larger in anticipation of the drag show that saw seven performers getting a lively response from the audience.

Organizer Reed Sutman said he worked with a committee to put together the event in just a few weeks, and planned to host another one next year.

Tyler Smith, 19, is the president of the Young Democrats of Macon County. The group attended the event because the LGBT community is a focus for the organization.

“They are one of the people we try to help out,” he said. “This is a group that doesn’t typically get representation.”

Smith and other volunteers spent the evening talking to visitors about civic engagement and they registered voters, but he said they were not pushing any particular candidates.

Avon representative Jennifer Ellis said she was at the event to sell her products to both men and women, but also wanted to be an example of a supportive business.

Ellis said Decatur has a large LGBT community, and she was hopeful that the event would inspire more awareness. “For a lot of years they have been put on the back burner,” she said.

Smith said he hoped the festival will educate the area about issues relevant to the LGBT community.

“Events like this show we need to keep the ball rolling,” he said. “I hope this event grows.”

DECATUR — Central Park will play host on Saturday to what may be Decatur's first public celebration of Pride Month, a worldwide event that foc…

CHICAGO — When Lori Lightfoot was elected mayor of Chicago this spring, the city's school district put together a lesson guide with ideas and …

DECATUR — The Decatur Pride Fest is a celebration of art, history, education and advocacy for the LGBTQ community and allies.

Sara Kirk looks over some cell phone notifications with Ryan Strocher at the Pridefest event at Central Park.

The entertainer “Spank” performs for the audience at Pridefest.