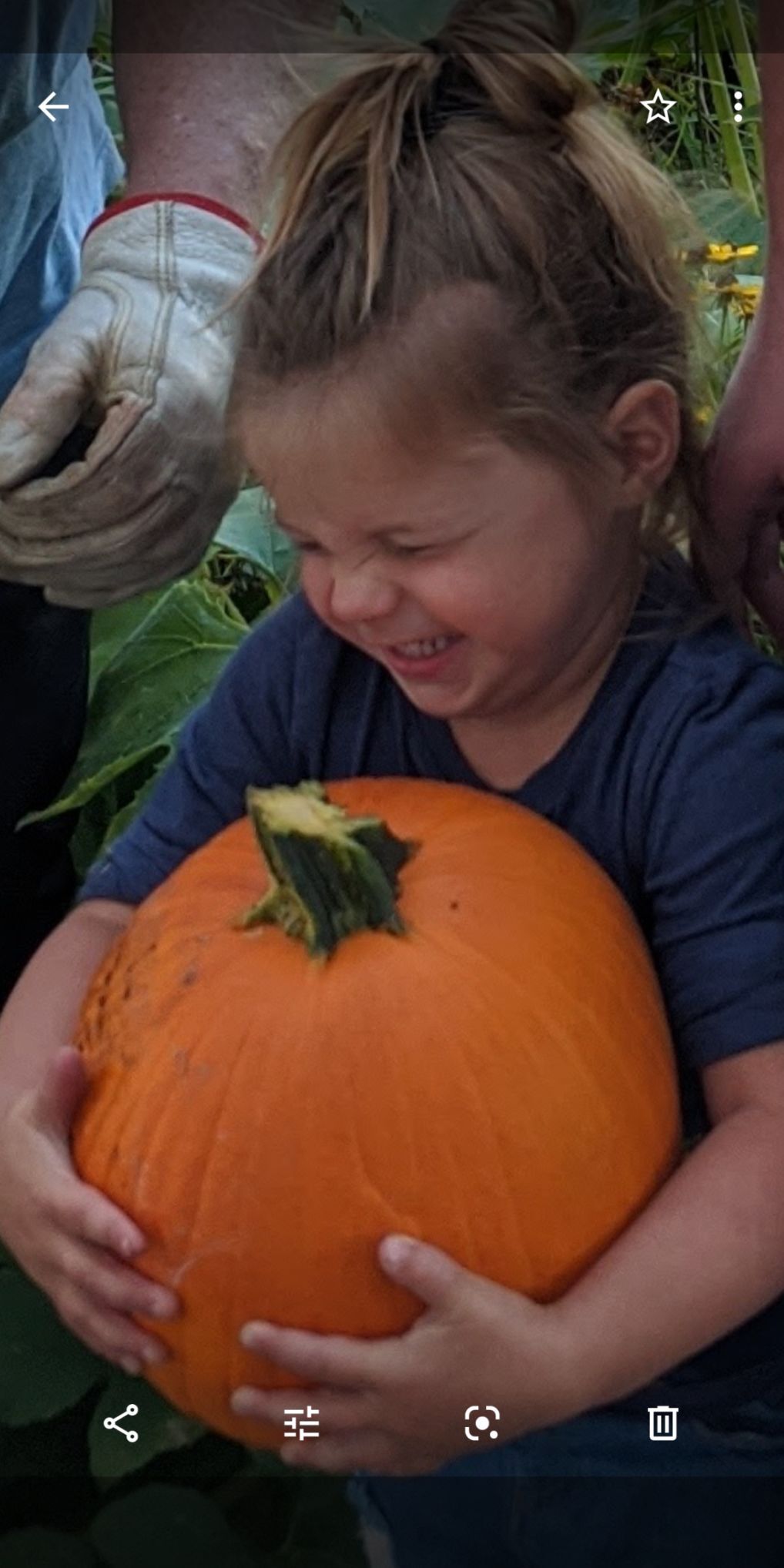 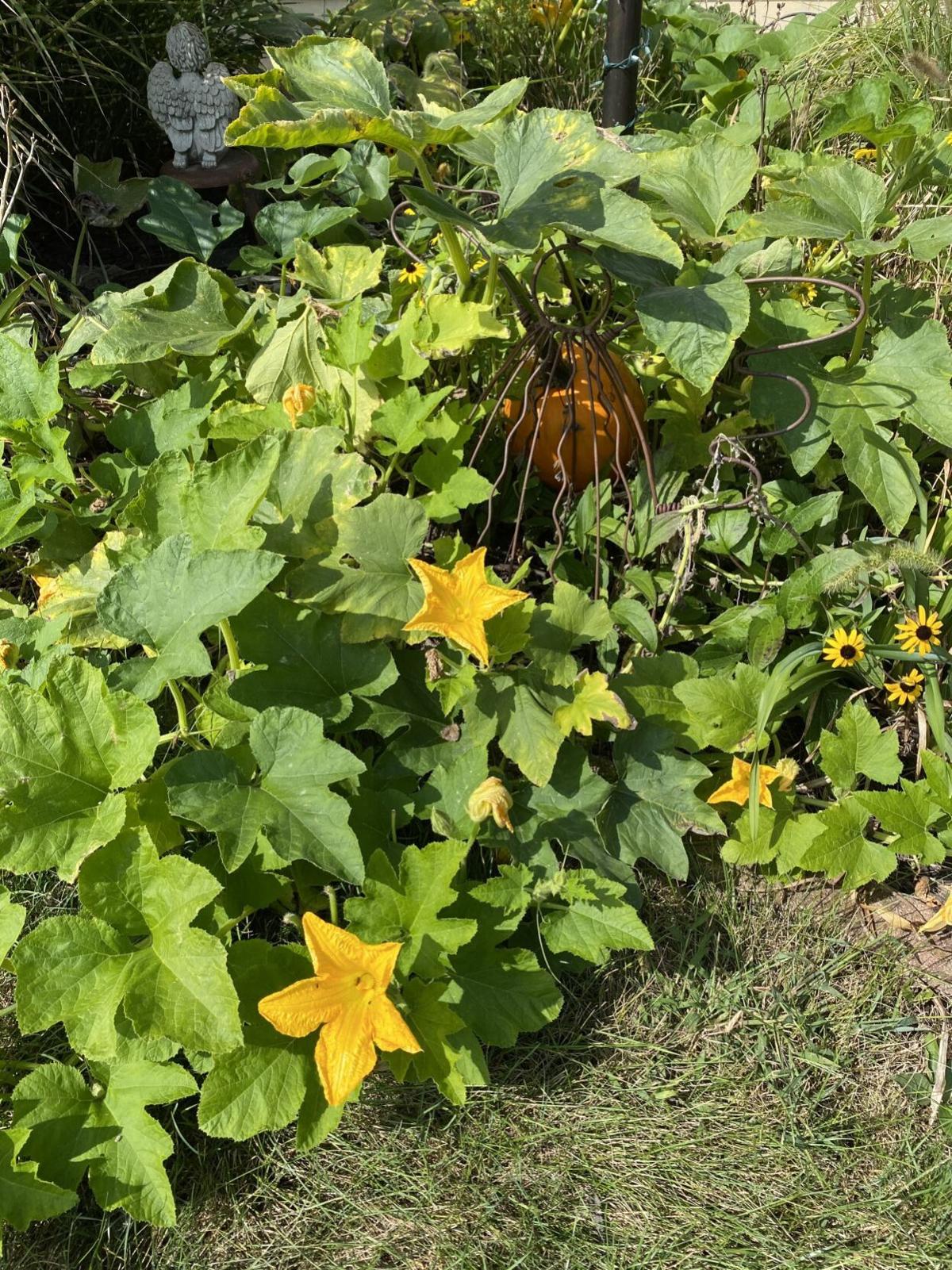 A pumpkin used as a fall decoration last year, went from a file of goo to a blossoming plant that threatened to take over the front yard, to a source of  wonder and joy.

MARK TUPPER For the Herald & Review

This is the fall I became an accidental pumpkin farmer.

Each autumn, once the corn dries and turns brown, I collect an armful of freshly cut stalks and bunch them around the light post in our front garden. I tie them up with a bungee cord, peel back the husks to expose the golden cobs and place three large pumpkins at the base.

From the road about 65 yards away, it makes for an easy-to-see fall decoration and we generally leave it up until Thanksgiving. The next day the corn is gone and the Christmas lights are flipped on.

Last fall, by the time I regathered the corn stalks and disposed of them, the pumpkins had succumbed to a few hard frosts and had disintegrated into a pile of goo.

I used a shovel to scoop up the remains but a few of the seeds nestled into the ground and remained there throughout the winter.

This spring, when the world started to turn green again, I noticed a new-looking plant emerging from the floor of the garden.

I didn’t take long to see that the big, broad leaves were that of a pumpkin plant and it wasn’t hard to figure what had happened. Those pumpkins seeds had taken root and were starting to spread out.

I had a choice to make. Should I dig out the young pumpkin plant or let it go and see what might happen?

I opted for the latter and steadily through the spring and summer that pumpkin plant became the dominant force in our front garden.

On the back side, it spread out across the concrete path that leads from our front porch, around the side of the garage to the side-facing garage door.

On the front side, it creeped out into the lawn. Every time I tried moving it back into the confines of the garden, it quickly stretched back onto the grass.

And after the pumpkin blossoms appeared, so too did small green gourds. Very soon they began growing in size, too.

Before long, I was caught in a tough spot — too far along in my commitment to see what becomes of this giant pumpkin plant and a bit regretful this sprawling monster was threatening to overtake the front of our home.

But the whole thing became more interesting as the small green gourds began to grow into larger orange pumpkins. All of a sudden I was a proud pumpkin farmer.

Our oldest granddaughter, now almost three, stared in wonderment the first time I pulled back some of those broad green leaves to reveal a big orange pumpkin.

On Oct. 3, we cut the stalk of those pumpkins and they now sit on the doorstep of their home.

In all, that plant (or was it plants?) produced nine pumpkins that now decorate our home and rear deck.

Compared to the fields of pumpkins we pick from each year at Black Bart’s near Warrensburg, nine pumpkins is nothing. But there was a certain satisfaction in being able to produce an assortment of fall decorations without even trying.

Right now, the three big pumpkins we bought at Black Bart’s sit at the base of the corn stalks. And in time, I’ll have to decide what to do again.

Dig the young pumpkin plant out in the spring, before it turns the garden into The Great Pumpkin Patch? Or let it go again, looking forward to the day in early October, 2021, when our granddaughters can pick their own pumpkins?

I already know the answer.

Though Mark Tupper is retired from his everyday duties at the Herald and Review, he still writes memorable columns. Here are his favorites from 2019.

A tearful goodbye to a longtime companion

We will forever appreciate the way Dr. VanAlstine handled Owie with such respect and dignity on the day we said goodbye. We left knowing we’d …

On second-and-eight from the Wisconsin 38, the handoff went to Dre Brown, and what came next defined the Illini season.

Standing in front of the emerald curtain are two of my favorite people, Herald & Review sports writer Joey Wagner and WAND Sports Director…

'The Hug,' a victory in East Lansing and suddenly a bowl game in the Illini future. How it all happened.

Mark Tupper is the retired executive sports editor of the Herald & Review. He can be reached at marktupper@barbeckbb.com

TUPPER: The return of Big Ten football is the social and cultural medicine that will lift spirits

Having football in the fall gives us a needed sense of normalcy.

Watch now: Tupper: Illini set for season to remember: But will those memories be of their success or what could have been?

There’s reason to be sensitive when talking about just what qualifies as a tragedy or heartbreak during the COVID-19 world we now live in.

A pumpkin used as a fall decoration last year, went from a file of goo to a blossoming plant that threatened to take over the front yard, to a source of  wonder and joy. 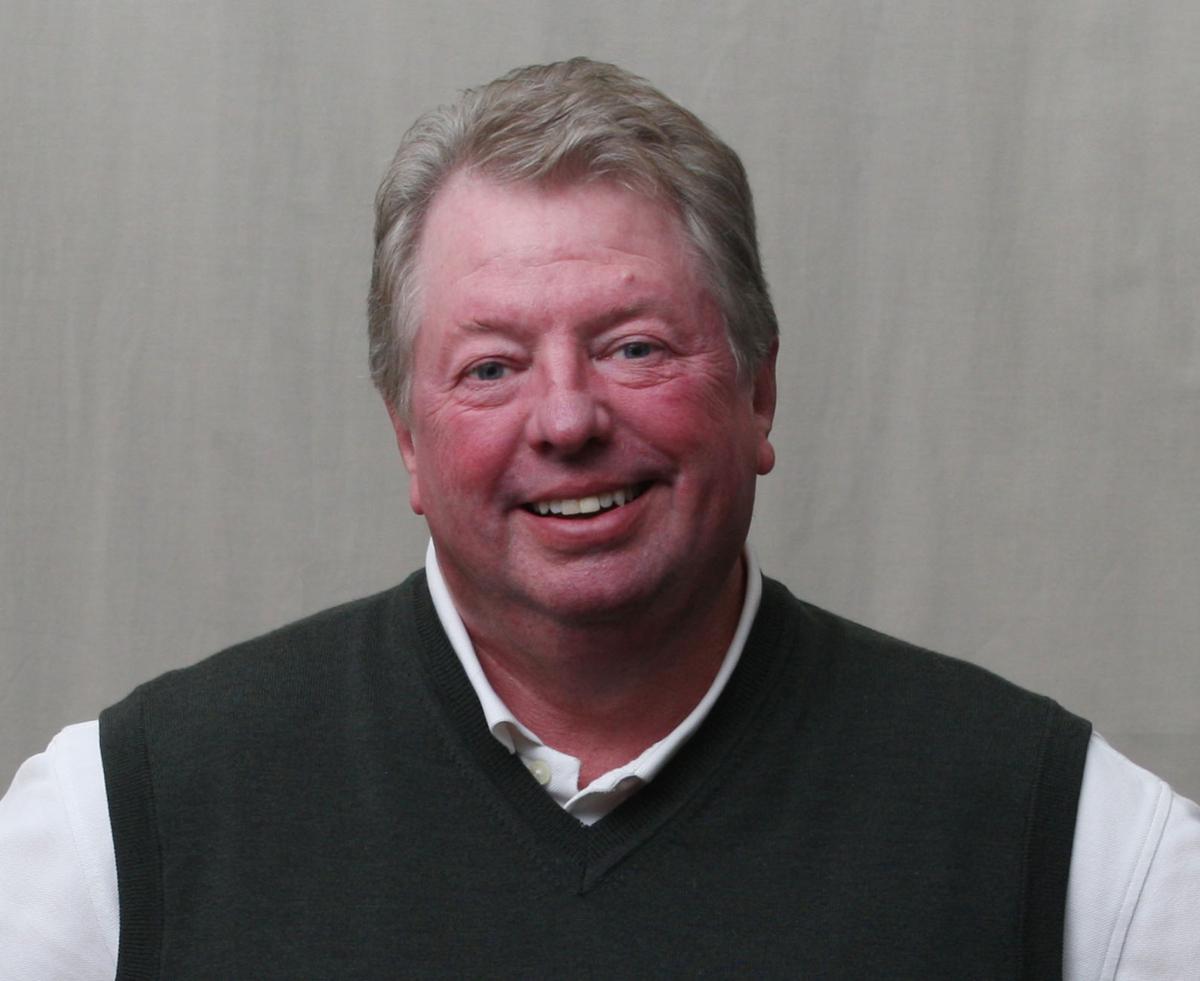