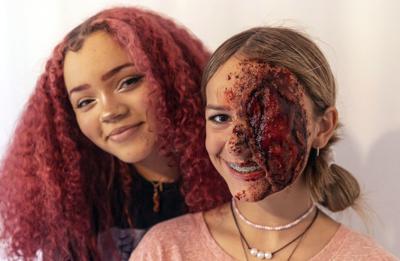 DECATUR — From the grotesque humanoid designs in John Carpenter’s 1982 film “The Thing” to the horrifically vivid scenes displayed in Ari Aster’s 2019 film “Midsommar,” makeup has been used in horror films for decades to shock and thrill audiences into believing that what they are seeing is real.

Though it may be hard to imagine these depictions of bodily horror and gore in real life, MacArthur High School freshman Brielle Jackson has been able to create movie-quality prosthetics with just flour, Vaseline and a whole lot of attention to detail.

“I started probably around two or three years ago,” Jackson said. “I would do it in my room and then come out and scare everybody for fun.”

Self-taught and inspired by classic slasher flicks like Carpenter’s 1978 film “Halloween” and Wes Craven’s 1996 film “Scream,” Jackson said she always enjoyed painting and wanted to mix her fondness for scary movies with her creativity to create something shocking.

For inspiration, Jackson said she would go off of what she was feeling in the moment and find a photo or scene she liked and then try to recreate it the best she could.

Only taking her about 30 minutes, Jackson said she uses a mixture of flour and Vaseline to create a doughy substance that acts as a base layer on her skin and then — depending on the design — uses loose cotton or fake blood on top of that to add to the realism.

While she had never done her designs on someone else until recently, close friend Kaitlynn Shirley said she was excited to have Jackson create something for her and could not believe the outcome.

“It was more than I expected,” Shirley said. “I’ve got to see her do designs like this over time and for it to be done on me was really cool.”

After a quick FaceTime call to surprise her mom, Shirley said even though it felt weird to have half her face covered in makeup, she is hoping to come up with a good idea for Halloween and have Jackson help her with it.

Becky Parini, Jackson’s mother, said she finds her daughter’s designs to be cool and enjoys getting new pictures of the designs while at work or being surprised around a corner at home.

Overall, Parini said she thinks the designs are a creative outlet for her daughter to express herself outside of her art classes and can be done any time of the year, not just during Halloween.

“I’m just proud of her,” Parini said. “She’s so passionate about art in many different forms that I hope she does eventually find a career where she does something that she loves.”

As for Jackson, she said she always liked the idea of becoming a tattoo artist, but wants to keep her options open since she is constantly doing something creative.

“I don’t know, it’s just really cool and I love doing it,” Jackson said. “I think a lot and it helps me with taking stuff off my mind.”

Boo at the Zoo returns to Decatur

Watch now: Decatur's Theatre 7 returns to the stage with 'Noises Off'

Theatre 7’s return to the stage will be a play within a play in “Noises Off.”

Decatur students ask school board for action on violence

Student ambassadors from Decatur's high schools spoke to the board on Tuesday to ask for action regarding the "chaos" they're seeing in hallways due to fights.

The Macon County Health Department will be offering COVID-19 vaccination clinics as well as booster shots for those who qualify.

Boo at MU! will be Sunday, Oct. 31, in the University Commons. 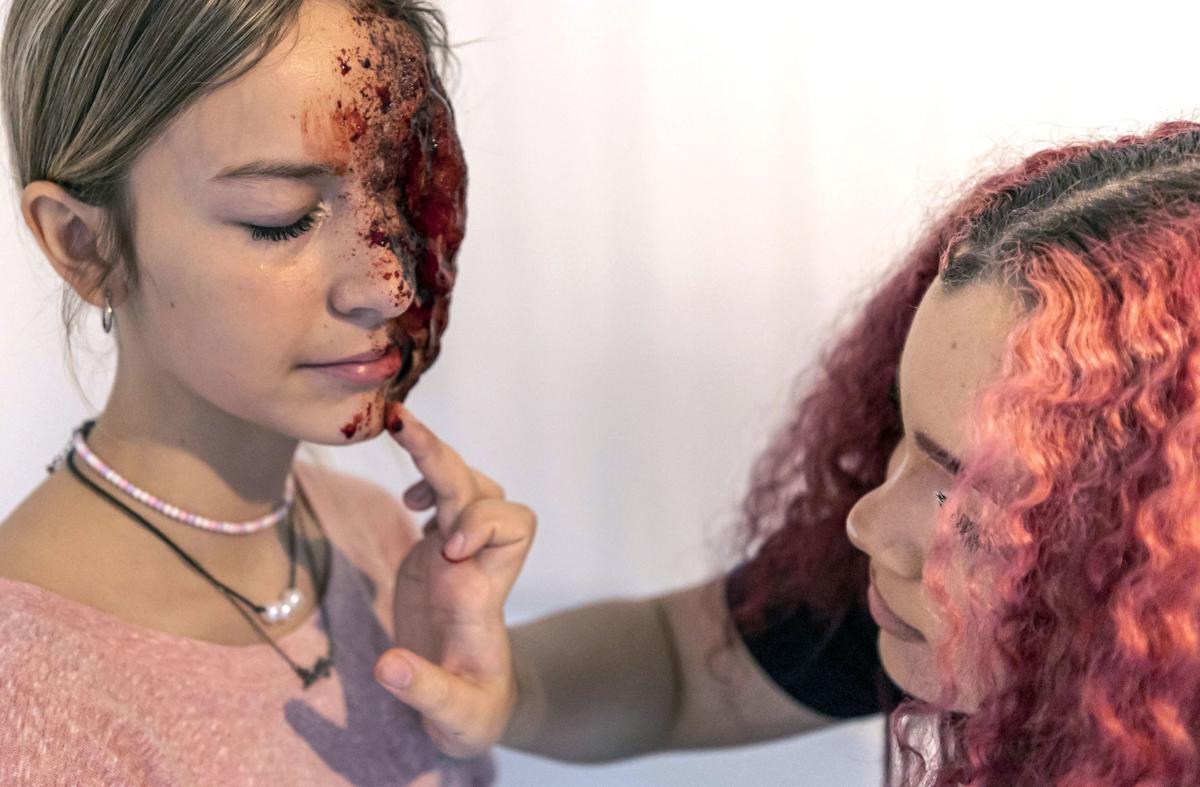 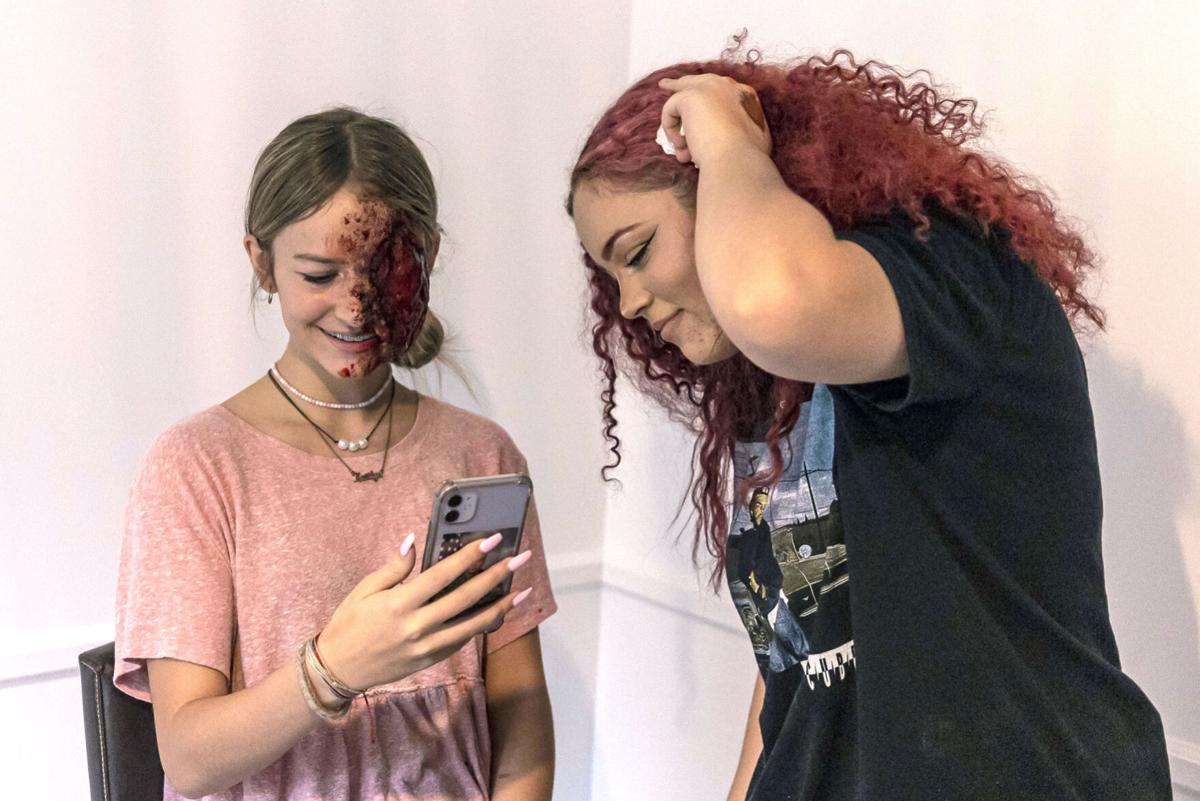 Kaitlynn Shirley checks out the work by Bri Jackson. 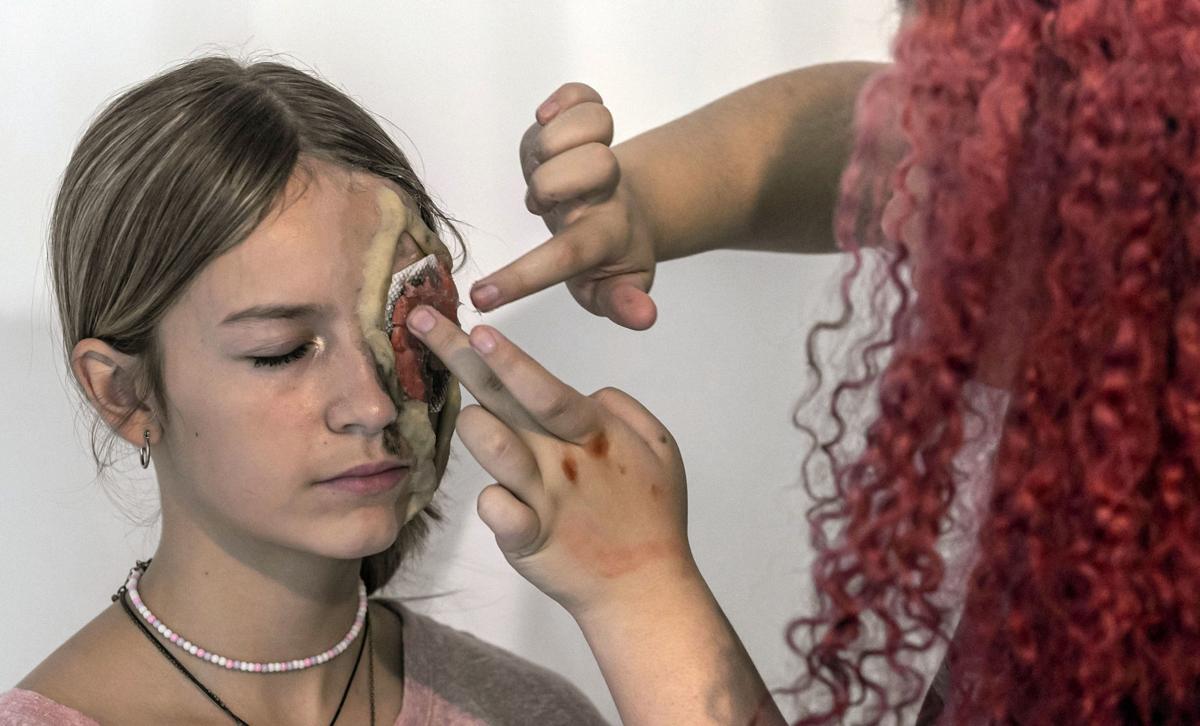 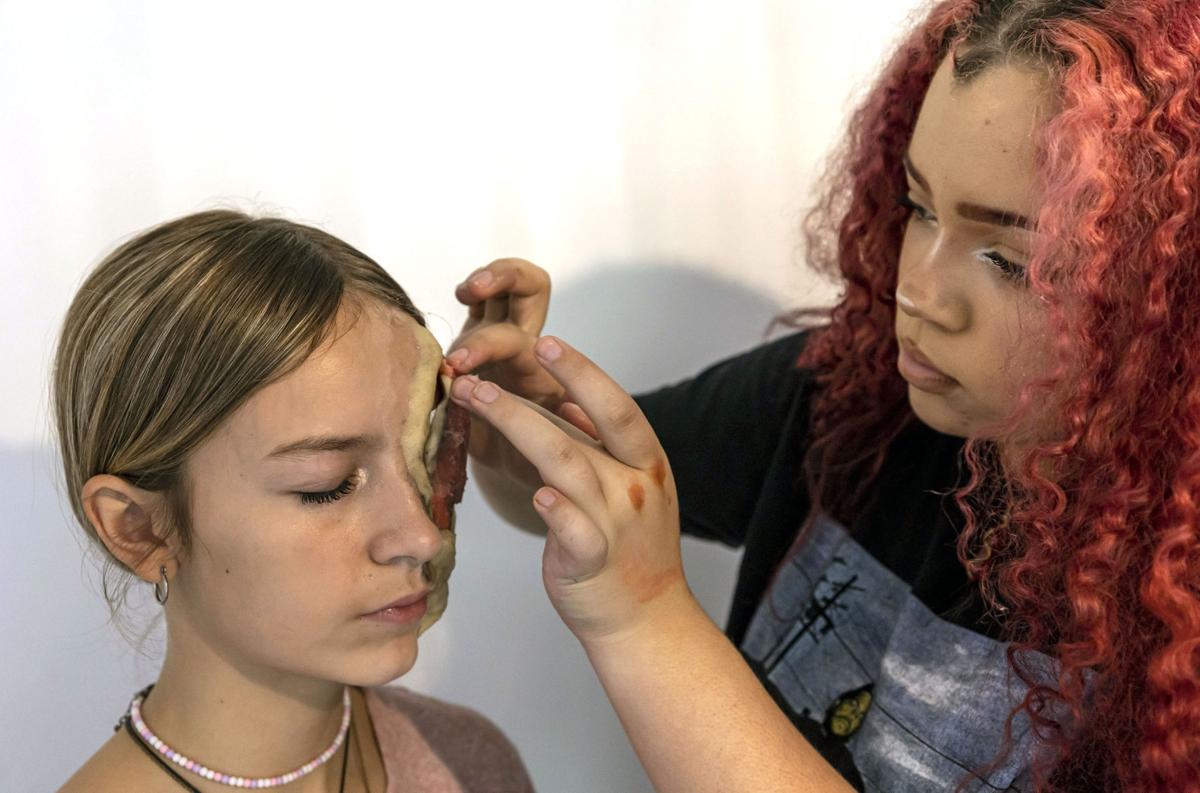 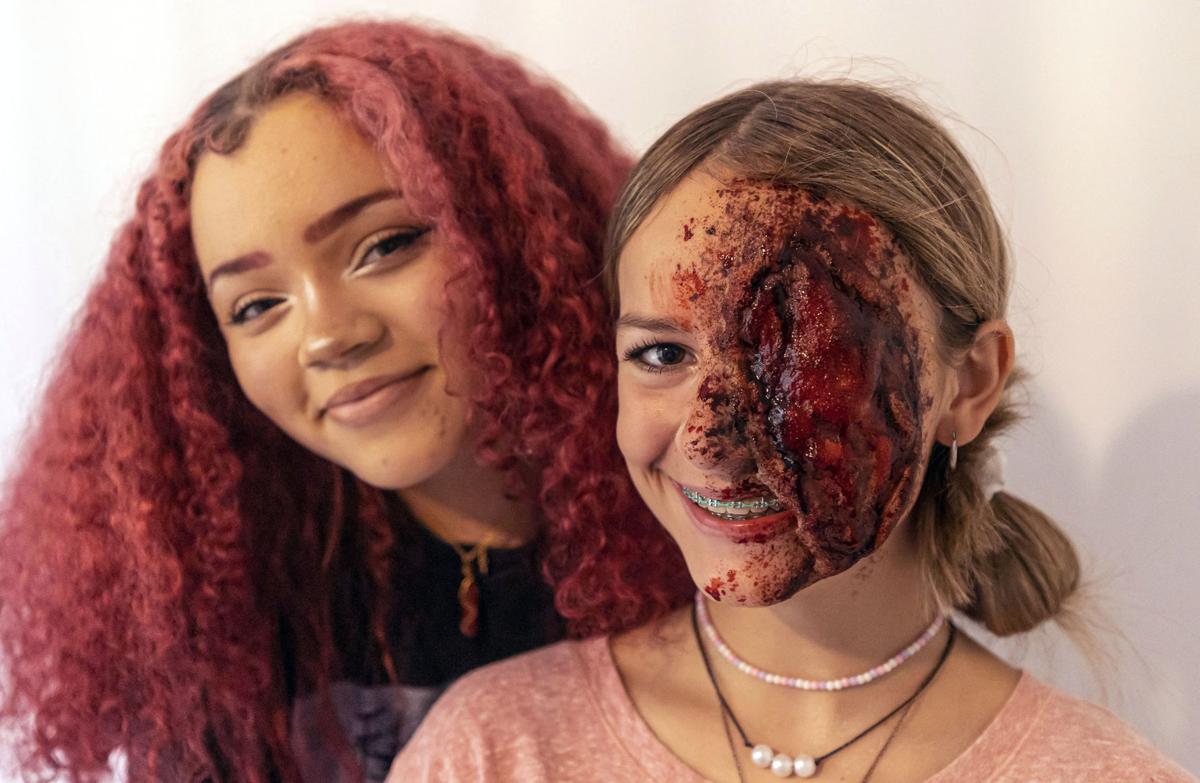