DECATUR — Webster-Cantrell Hall will no longer provide residential treatment for males from ages 12 to 18, the agency said in a letter posted to its Facebook page.

Six males are currently placed in the residential treatment facility, Webster-Cantrell CEO Michael Warner said in the letter. The plan is to transition them to new placements by Sunday, May 19.

"The number of youth in residential placements throughout Illinois has greatly decreased over the year," Warner wrote. "The welfare of the current residents was foremost in the minds of Webster-Cantrell Hall's Board of Directors and CEO."

It's unclear how many employees will be affected by the change.

The nonprofit organization, 1942 E. Cantrell Street, provides a variety of other services that include foster care, intact family services, adoption and counseling services. It will also continue to operate a girls' group home that provides therapy to five females ages 12 to 18. Through those programs, Warner said, Webster-Cantrell is providing support for more than 600 youth and families each month.

"We will continue to support these families and work to strengthen our organization and programs so that we may make a positive impact in the greater Decatur community for many years to come," he said.

Warner said the national trend for human service agencies and the Illinois Department of Child and Family Services is shifting toward providing treatments services and support for youth and families earlier in a child's life.

Webster-Cantrell Hall came under scrutiny earlier this year for its involvement in the case of Ta'Naja Barnes, the Decatur 2-year-old who died Feb. 11. Police say the child died of starvation and neglect; Ta'Naja's mother and mother's boyfriend have pleaded not guilty to murder charges in the case. Ta'Naja had been in foster care under the supervision of Webster-Cantrell, which contracted with DCFS, and had recommended that the case be closed in October.

The agency has referred all requests for comment about Ta'Naja's case to DCFS, which is investigating. 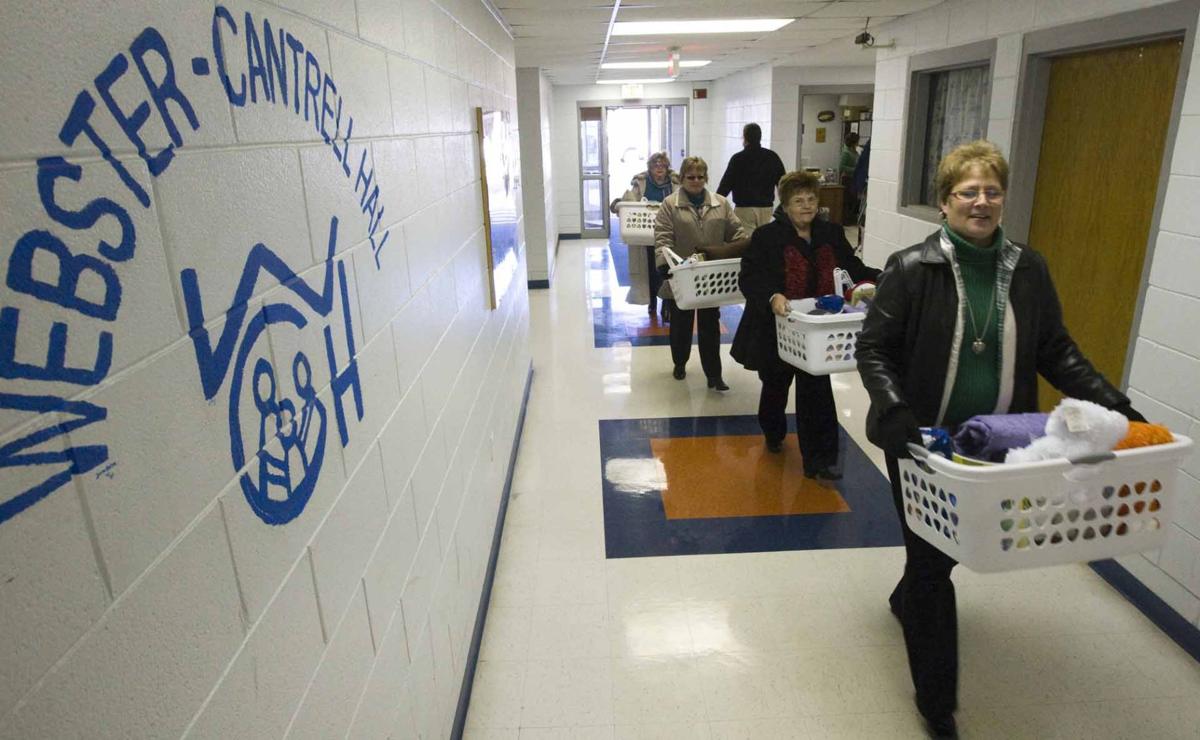 In this 2009 Herald & Review file photo, Eileen Milligan leads Decatur Association of Realtors members into Webster-Cantrell Hall with 26 Christmas baskets for the children staying at the facility. 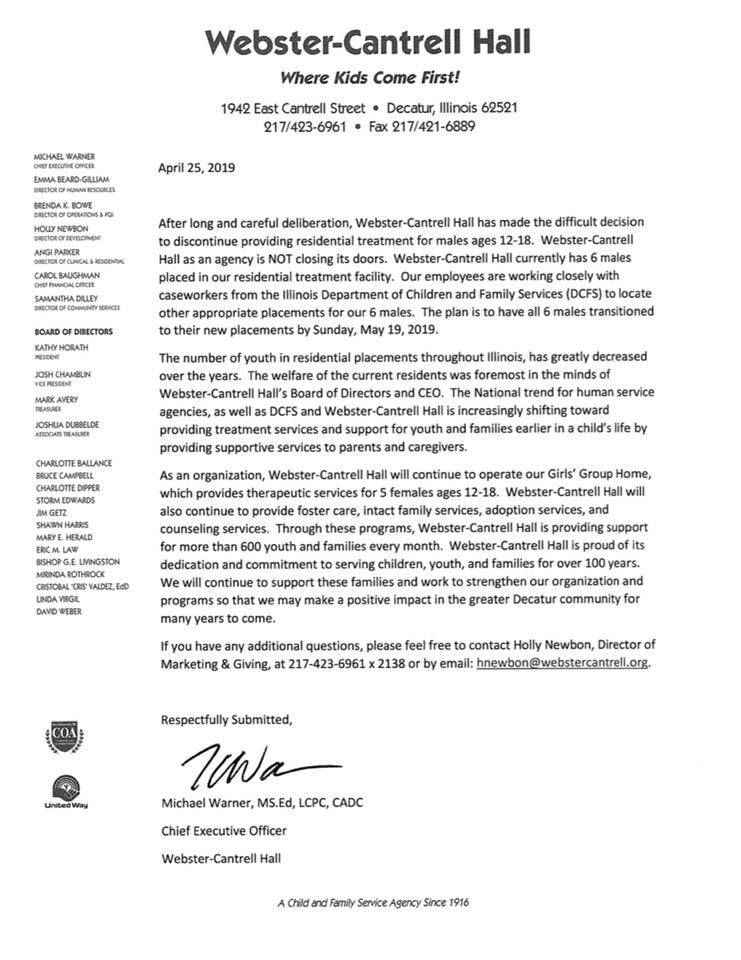