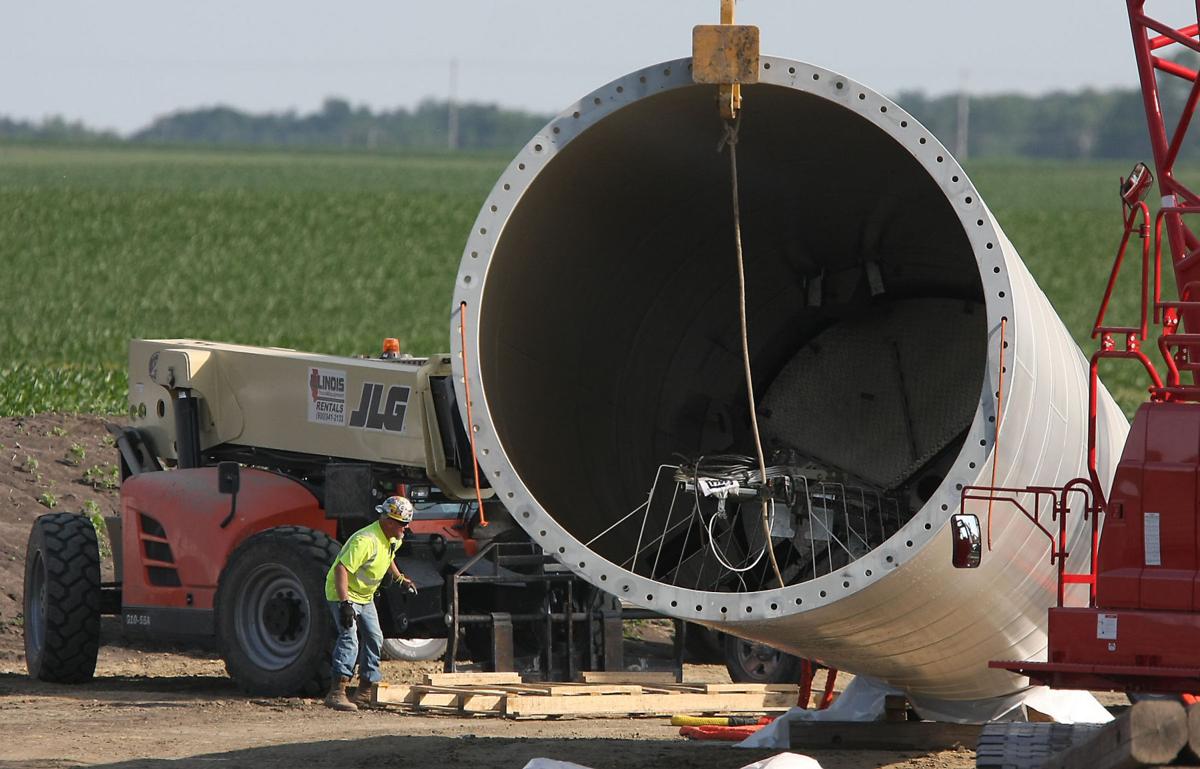 Workers prepare for the elevation of the top of a wind turbine while assembling the second of 139 wind turbines for the Radford's Run Wind Farm near Maroa Friday. 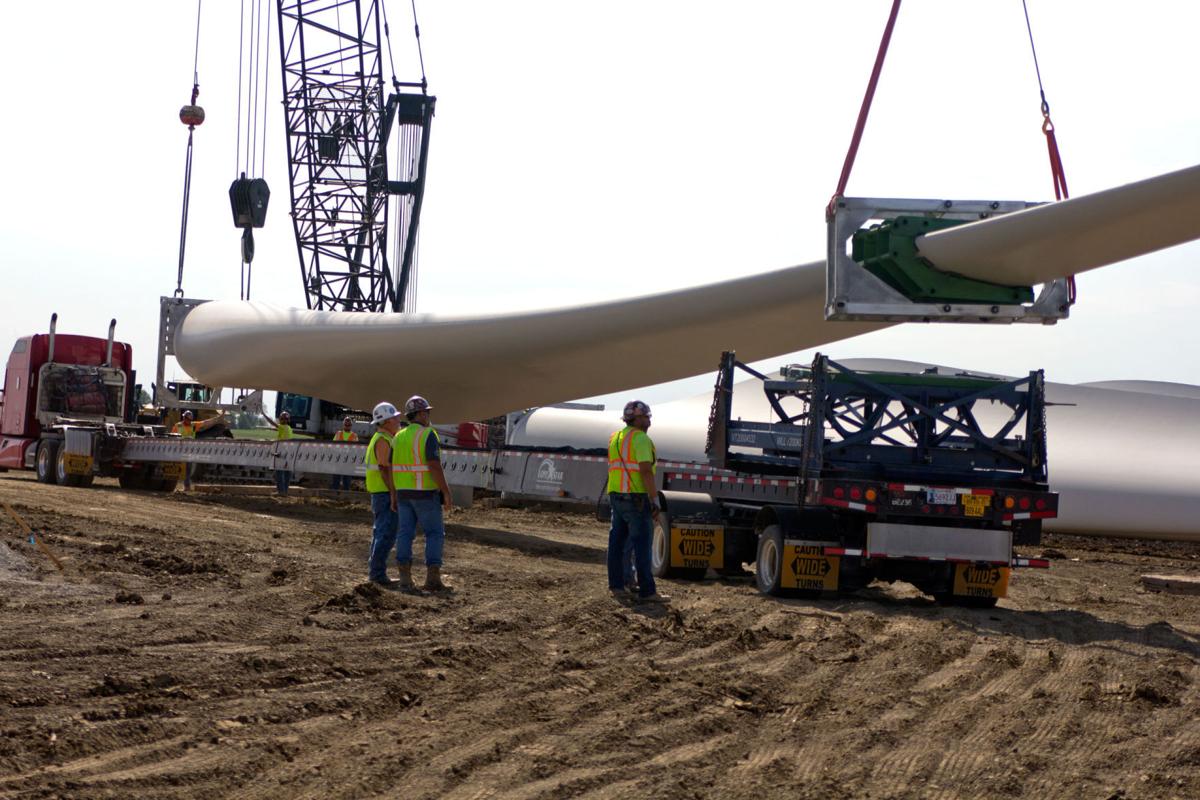 A blade for one of the 139 wind turbines planned for the Radford's Run Wind Farm is lifted off a truck on Friday, June 9. 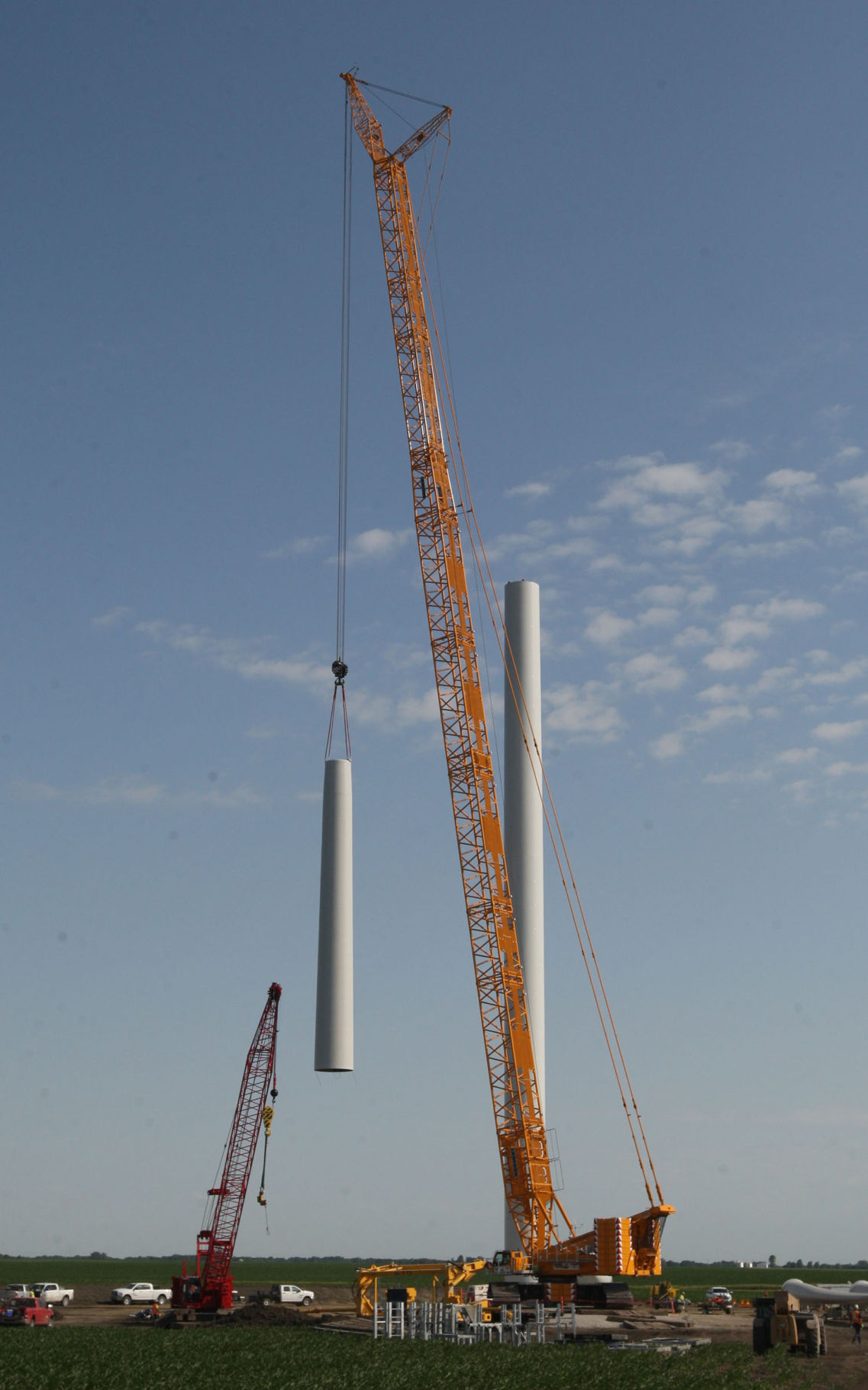 The top of a wind turbine is lifted into place during construction of the new Radford's Run Wind Farm near Maroa Friday. 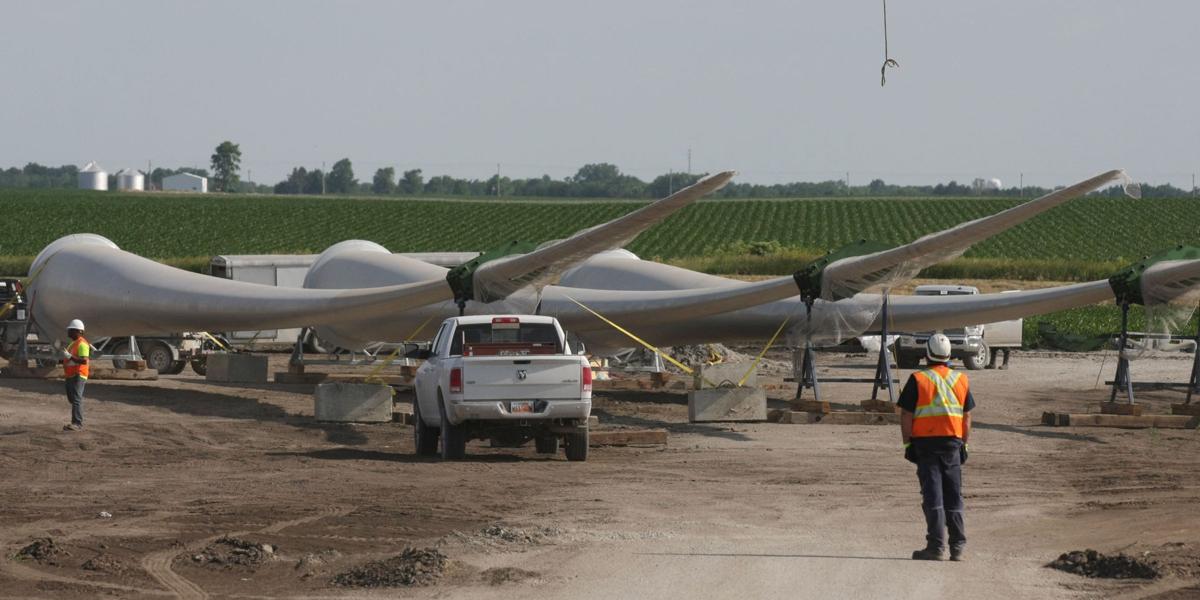 Wind turbine blades are placed at the base until it is time for them to be lifted into place during construction at the Radford's Run Wind Farm. 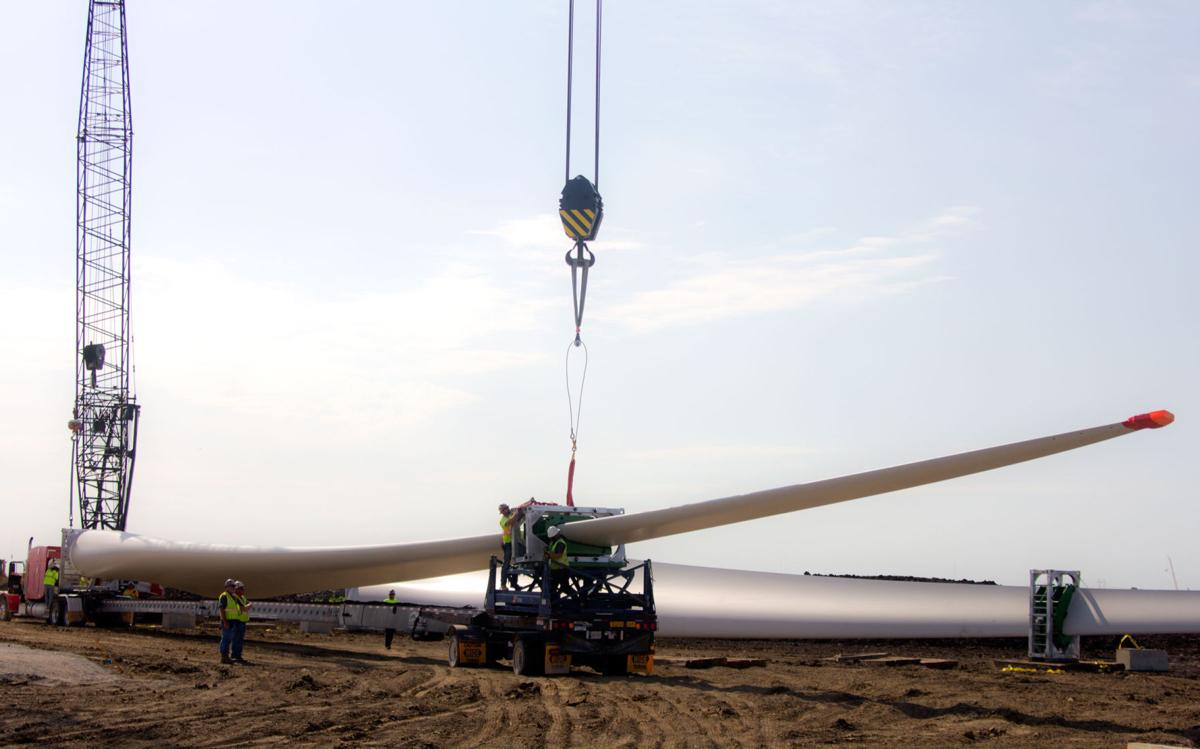 Crew members prepare to lift a wind turbine blade off of a truck at the Radford's Run Wind Farm near Maroa on Friday, June 9.

MAROA — The skyline in the northwestern part of Macon County is changing as wind turbines begin sprouting, reaching into the sky for the promise of cleaner energy. But even as the machines will soon tower over farmland west of Maroa, pending litigation is casting a shadow over a project that's been years in the making.

The 139 turbines of Radford's Run Wind Farm, a subsidiary of E.ON, the American unit of Germany’s largest utility company, are expected to be operational by the end of the year.

Not everyone is pleased.

Three dozen landowners in the area of the wind turbine filed a lawsuit to halt the project in 2015, and a summary judgment hearing is scheduled for June 27. The court could determine whether the landowners’ case has merit and halt the turbine project or let it move forward.

“When they decided to move forward with this project despite the pending lawsuit, they did it at their own risk,” said Richard Porter, a Rockford attorney representing 36 landowners in the lawsuit. “And they may have to remove all of those turbines.”

The suit argues the county did not properly provide statutory notices for a public hearing leading up to the board’s decision or allow them to view the wind farm applications in time for the hearing.

Several landowners contacted by the Herald & Review declined to comment due to the pending litigation, deferring questions to Porter. 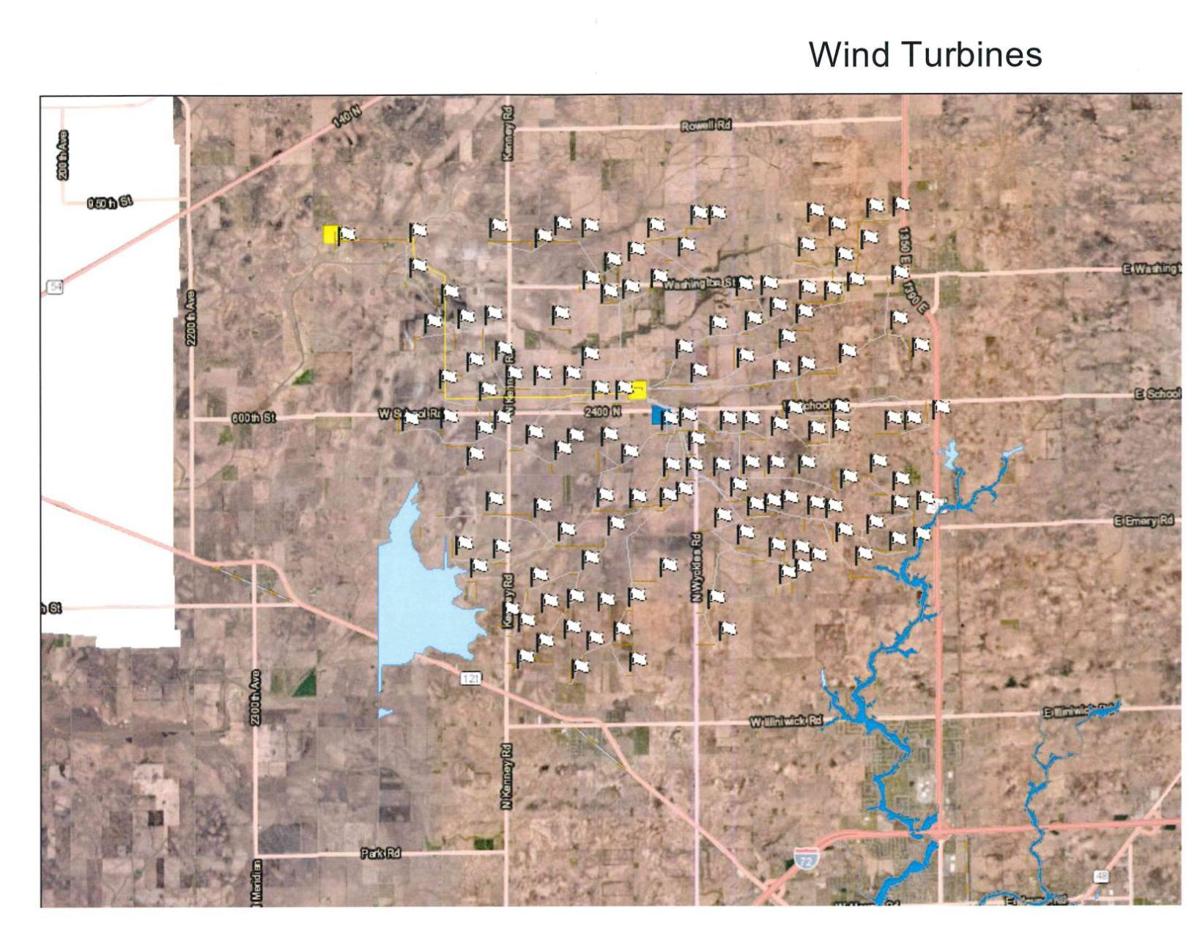 Porter said the parties responsible for the wind farm are constructing the turbines "at their own risk." He reiterated several of the health concerns raised in the lawsuit, such as shadow flickers and ultrasound emissions.

Matt Tulis, communication manager for E.ON, did not directly respond when asked about the lawsuit, instead focusing on what the company sees as the long-term community benefit for the turbines.

“The wind farm will help grow the area’s economy through creating jobs and driving construction spending, while also contributing millions of dollars in tax revenue for local schools, roads and other needed projects,” Tulis said.

Since May 22, the area west of Maroa and north of Warrensburg has turned into a massive construction site. Up to 300 workers will spend the rest of the summer assembling the wind farm,  formerly known as the Twin Forks Wind Farm project.

As of Friday morning, one 400-foot turbine was standing tall just a few miles west of U.S. 51 and another turbine nearby was set to be completed.

When the turbines are running at under normal wind conditions, Tulis said, they will produce about 300 megawatts per hour, which would provide power to about 90,000 homes.

The county board approved a special permit in 2013 to allow the construction of a 5-acre electric substation that acted as the starting point for the wind farm. Public discussions of a wind farm in Macon County date back to 2008.

Radford’s Run Wind Farm will operate in Macon County for 30 years, with an estimated $46 million in new property tax revenue generated over the project's life, according to the original application to the county.

Macon County would receive $6.1 million, while the Austin, Maroa, Illini and Hickory Point townships would split the remaining $7.8 million.

Calculating the new revenue for school districts is more complicated because increased property values also mean a reduction in general state aid for the district, according to an economic impact study submitted as part of the application.

Clinton and Mount Pulaski school districts would receive $305,000 and $440,000 in net revenue, respectively.

Once operational, the wind farm is expected to create 10 full-time service jobs.

With the timing of the construction, the wind farm will not be assessed for property taxes until next year, said Joshua Tanner, chief county assessment officer. That means tax dollars will not be collected for the wind farm until 2019.

The county would collect $95,000 to $100,000 in the first year on the turbines, said board Chairman Jay Dunn. That number would decrease each subsequent year of the turbines' lifespan.

“It will definitely help us some,” Dunn said. “We’re just happy to see the project finally starting.”

The county has already brought in about $3 million in special permits for the turbines. Part of that money went toward purchasing new election equipment in the Macon County Clerk’s office.

The application for the wind farm states turbines will not be placed within 1,500 feet of any residence. Energy generated by the wind warm would go into the PJM Interconnection, a massive grid spread throughout 13 states in the Midwest and East.

For those not directly affected by the wind farm, opinions are mixed. 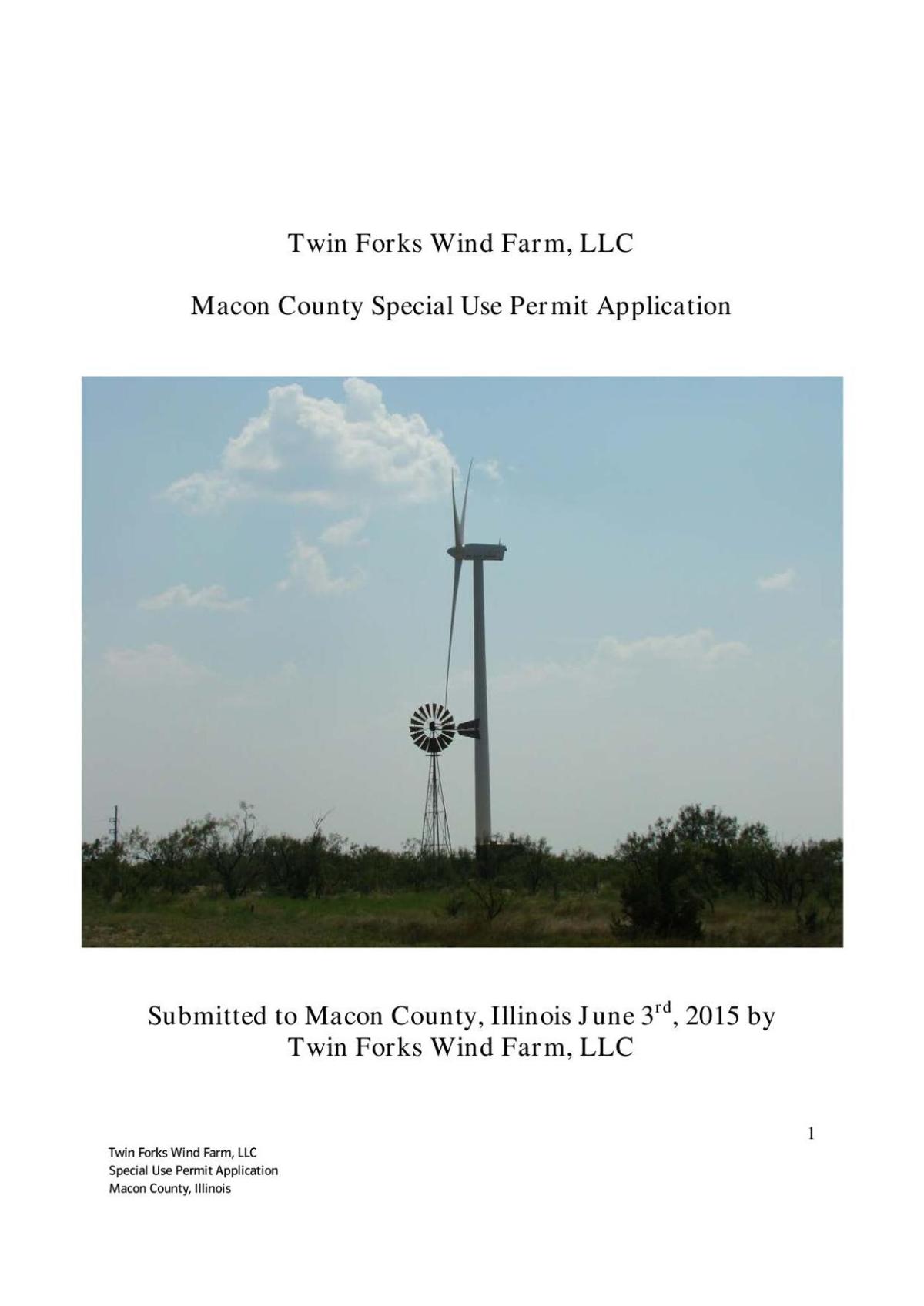 Just a few miles away at the Casey's General Store in Maroa, Clint Johnson said he did not know much about the the project, but he did not look forward to seeing the the turbines in the fields.

"They're kind of an eyesore," he said.

But as Diane Roberts stopped by the store, she said she was happy to see Central Illinois move toward clean energy.

"We should be promoting clean energy projects like wind and solar," she said.

While clean energy's impact on the environment is often lauded, some worry about birds and other animals and the effects on their habitat when a wind farm is operational. 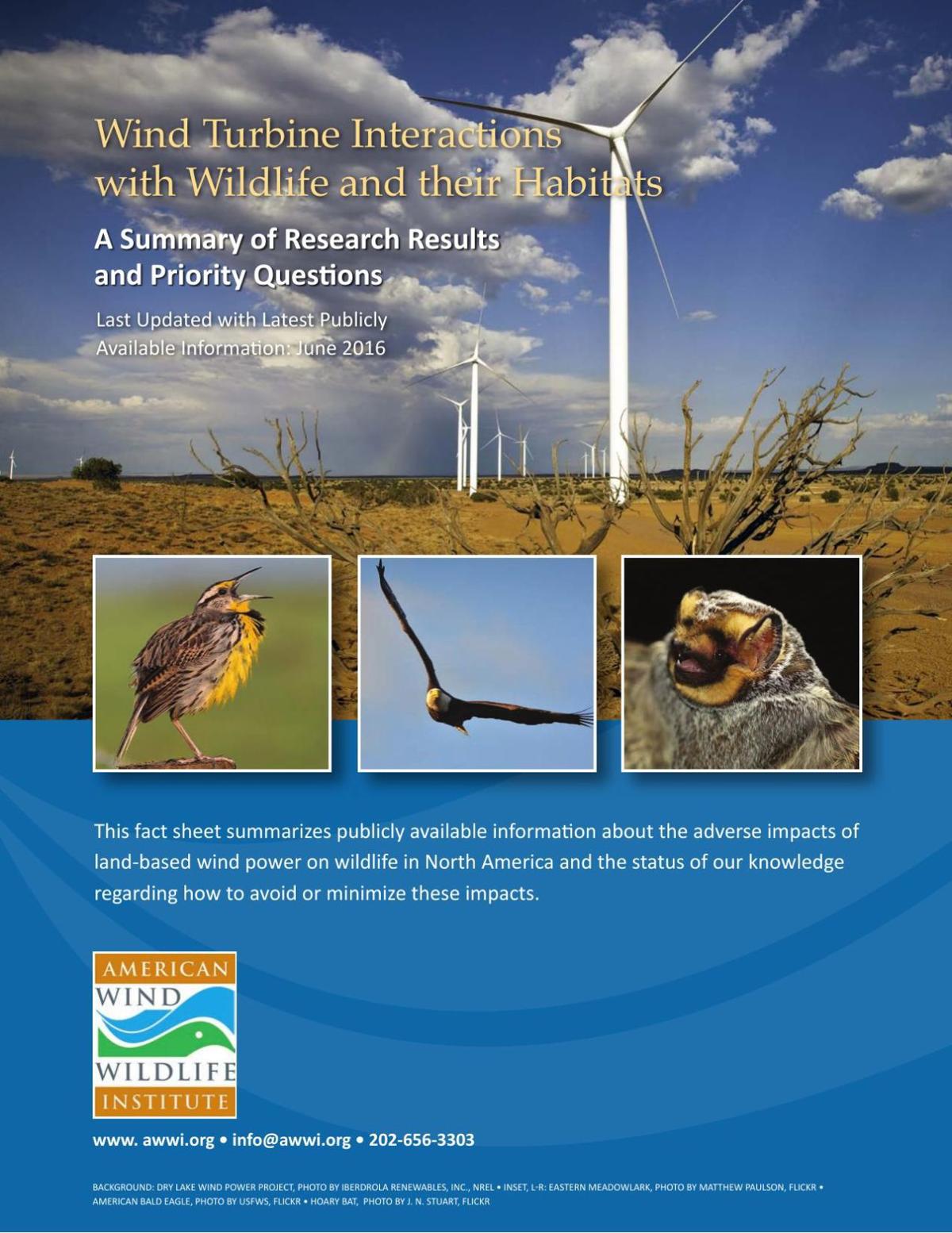 The American Wind Wildlife Institute is a nonprofit partnership of leaders in the wind industry, science and environmental organizations, and wildlife management agencies. Its goal is to promote wind energy while protecting wildlife.

In a 2016 report by the institute, the annual fatality rate for birds in most studies ranged from 3 to 5 birds per megawatt. Radford’s Run Wind Farm will have turbines that produce just over 2 megawatts per hour.

The report does note that newer, larger turbines seem to have a lower fatality rates due to fewer overall rotations.

"The amount of research in the peer-reviewed literature continues to grow, reflecting the continued interest in understanding wind-wildlife interactions," the reported noted.

As for why this location was chosen for its latest wind farm, Tulis praised the area and the wind that sails through Central Illinois.

“The wind resource in Illinois is one of the best in the country," he said, "and there was transmission capacity to get the power to market."

This story has been corrected to reflect the correct location of the wind farm, west of U.S. 51 in northern Macon County.

Visit herald-review.com to read the application for Run Wind Farm in Macon County and the 2016 American Wind Wildlife Institute report on bird strikes.

Our view: Compromise a must on schools bill

To twist a cliché, when Chicago sneezes, Illinois catches a cold.

Massive wind turbines towering over northwestern Macon County make an impressive sight on the prairie horizon, but passersby might wonder why they've been sitting motionless for months.

That will change soon.

CLINTON — A DeWitt County wind farm project in the works for at least a decade may be up and running in two years.

Residents and commuters traveling through northwestern Macon County may have noticed something different when they looked over at the newly erected wind farm west of Maroa.

MAROA — Nearly a decade ago, Roger Wikoff started to hear rumblings that a wind energy company was contacting residents about a potential Maco…

Workers prepare for the elevation of the top of a wind turbine while assembling the second of 139 wind turbines for the Radford's Run Wind Farm near Maroa Friday.

A blade for one of the 139 wind turbines planned for the Radford's Run Wind Farm is lifted off a truck on Friday, June 9. 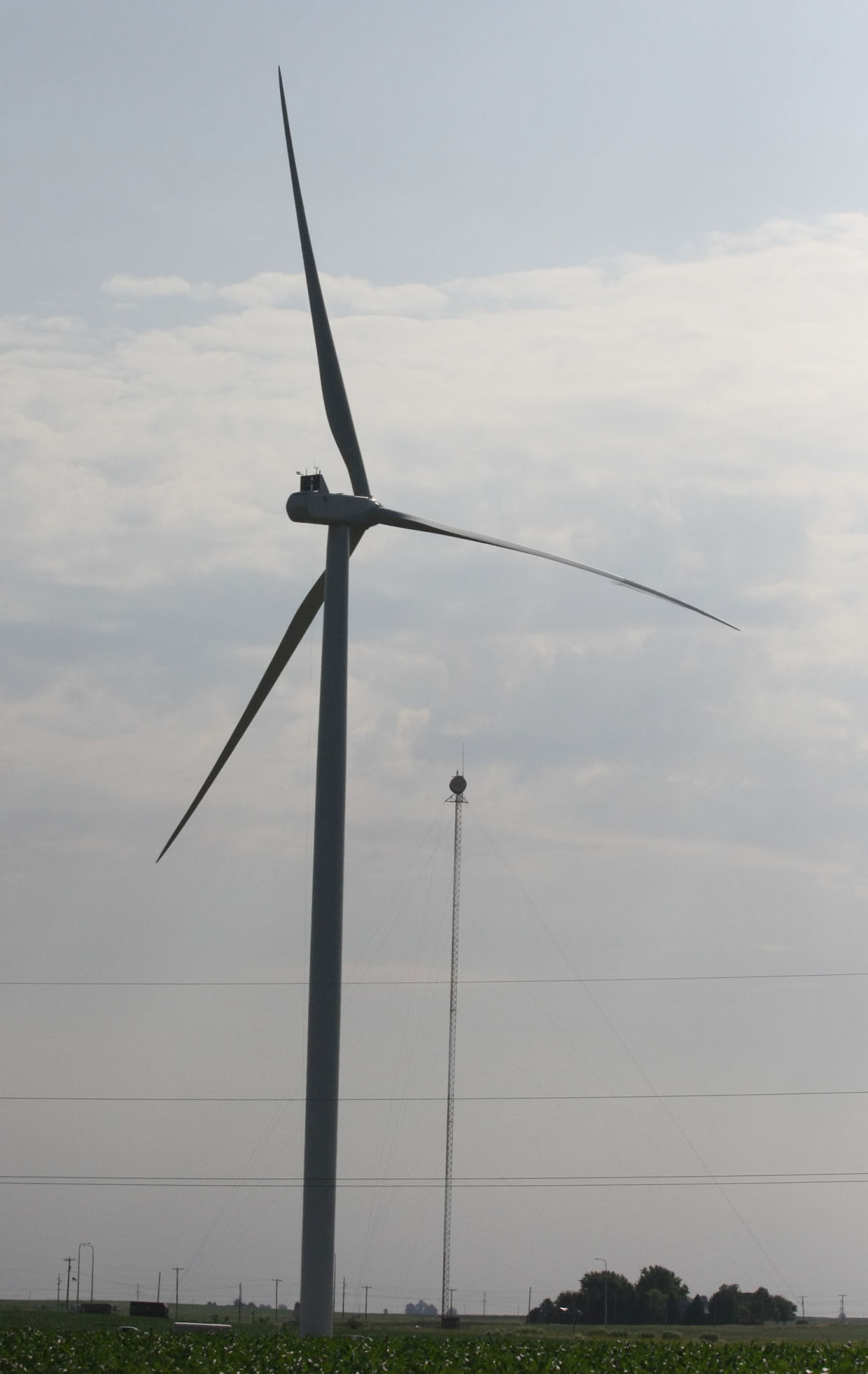 The first completed wind turbine in the Radford's Run Wind Farm is pictured.

The top of a wind turbine is lifted into place during construction of the new Radford's Run Wind Farm near Maroa Friday.

Wind turbine blades are placed at the base until it is time for them to be lifted into place during construction at the Radford's Run Wind Farm.

Crew members prepare to lift a wind turbine blade off of a truck at the Radford's Run Wind Farm near Maroa on Friday, June 9. 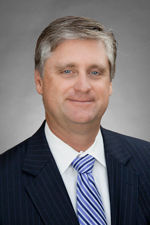