HOUSTON (AP) — A tiger that frightened residents after it was last seen briefly wandering around a Houston neighborhood has been found after a nearly week-long search and appears to be unharmed, police announced Saturday evening.

In a short video tweeted by Houston police, Cmdr. Ron Borza can be seen sitting next to the tiger, petting the animal and saying it has been a long week searching for it.

"But we got him, and he's healthy," Borza said as the wife of the man police allege is the animal's owner sat next to him and fed the tiger with a baby bottle. The tiger was being held at BARC, the city of Houston's animal shelter, but was expected to be taken Sunday morning to the Cleveland Amory Black Beauty Ranch, an animal sanctuary in Murchison, Texas, located southeast of Dallas.

Authorities had been searching for the tiger, a 9-month-old male named India, since it was spotted May 9 in a west Houston neighborhood. At the time, it was nearly shot by an off-duty deputy before being whisked away in a car by Victor Hugo Cuevas, who police allege is the owner.

At a news conference Saturday evening, Borza said that Cuevas' wife, Giorgiana, turned over the tiger to police on Saturday after a friend of hers reached out to officials at BARC.

"It is Victor's tiger. That's what I was told by (Giorgiana Cuevas) ... She says they've had that animal for nine months," Borza said. He alleged that the tiger was passed around to different people but that Cuevas' wife knew where the tiger was at all times this week as authorities searched for it.

Police are still trying to determine where exactly the tiger was held this week and if any charges related to having the tiger will be filed. Tigers are not allowed within Houston city limits under a city ordinance unless the handler, such as a zoo, is licensed to have exotic animals.

But Cuevas' attorney, Michael W. Elliott, on Saturday night continued to insist his client doesn't own the tiger, saying, "I am not sure it makes any difference who technically owns India as he does not have a birth certificate or title."

"Victor was not the primary owner of India nor did India stay with him the majority of the time," Elliott told The Associated Press. "Victor was however involved in the caretaking of India often. Victor loves India as anyone else would love a favorite pet ... He treated India with love and fantastic treatment in all respects."

Cuevas was arrested Monday by Houston police and charged with evading arrest for allegedly fleeing his home with the tiger after officers had responded to a call about a dangerous animal.

At the time of his arrest by Houston police, Cuevas was already out on bond for a murder charge in a 2017 fatal shooting in neighboring Fort Bend County. Cuevas has maintained the shooting was self-defense, Elliott said.

During Friday's court hearing, Waller County Sheriff's Office Deputy Wes Manion, who lives in the Houston neighborhood where the tiger was seen, testified he interacted with the animal for about 10 minutes to make sure it didn't go after someone else. He said Cuevas came out of his house yelling, "Don't kill it," grabbed the tiger by the collar and kissed its head before leading it back inside his home. Various videos of the tiger's encounter with Manion were posted on social media.

Elliott has said Cuevas did nothing illegal because Texas has no statewide law forbidding private ownership of tigers and other exotic animals.

Borza said that an exotic animal like a tiger should never be kept in a home. While India seemed domesticated, the tiger already weighs 175 pounds, it can "do a lot of damage" and will only get bigger, he said.

"He will be going to a sanctuary ... where hopefully he'll live the rest of his life in a very safe environment," Borza said.

Watch Now: Popular videos from the past week you may have missed

Watch a chef use lava from a Guatemala volcano to cook pizza, the moment an airstrike topples a building in front of a journalist in Gaza, and more popular videos from the past week you may have missed.

In an improvised kitchen among sharp volcanic rocks, David Garcia spreads the dough and places the ingredients to form a pizza that will be pu…

An Israeli airstrike that toppled a high-rise building in central Gaza City startled a Gaza-based journalist as she was reporting for Al Jazeera.

Drone flies into a fireworks display in Russia

Drone video shows the colorful fireworks from inside the heart of the display over St. Petersburg.

This video shows a huge traffic jam as residents panic buy tanks of fuel in the wake of a cyberattack on a U.S. pipeline. Gas stations along t…

Belgians will soon be able to relax in hops and barley as a new beer spa experience is about to open for the first time in Belgium.

Crash 'likely' due to storm kills 10, including 9 children, in Alabama

Much of the country is experiencing storms, extreme heat or wildfires. Here are the latest updates from Tropical Depression Claudette and other severe weather events across the U.S.

A federal jury on Thursday awarded $80,000 in damages to Steak 'n Shake over a former employee's social media post claiming she found worms in a hamburger.

Autopsies in Tennessee show that a 1-year-old child starved to death in his car seat in a house where his mother died of a drug overdose. His 3-year-old sister, found alive, tried for days to feed her brother.

What is the Catholic Communion controversy?

Some bishops hope the new policy will be a rebuke for politicians who support abortion rights but continue to receive Communion. Here's a look at what has happened and what lies ahead.

Catholic bishops approved drafting a document that could rebuke politicians, including President Biden, over receiving Communion despite abortion rights support.

Juneteenth to become America's 12th federal holiday; US West facing heat that could be new normal; and US Open tees off today. Get caught up.

The Supreme Court says Philadelphia wrongly limited ties with a Catholic agency over the group's refusal to certify same-sex couples as foster parents.

"Hopefully when people walk by and they see it, and they participate, hopefully it inspires them to become active in the struggles that are happening right here in Newark and right here in New Jersey," the mayor said.

A look at what's next after "Obamacare" victory; tropical system takes aim at Gulf; 1 dead, 12 injured in drive-by shootings near Phoenix. Plus, the weekend weather and more. 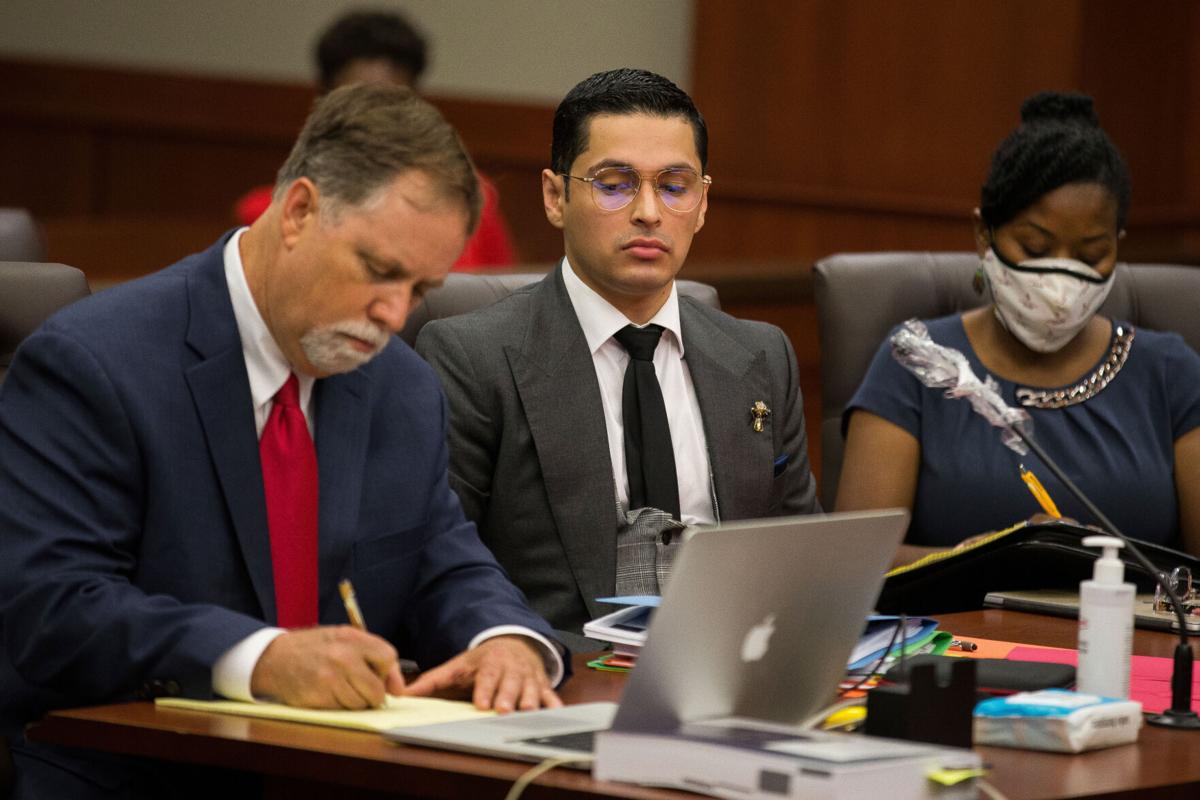 Attorney Michael Elliott and his client Victor Hugo Cuevas, a 26-year-old linked to a tiger named India that went missing, attend a bond revocation hearing on a separate murder charge at Fort Bend County Justice Center on Friday, May 14, 2021, in Richmond, Texas. 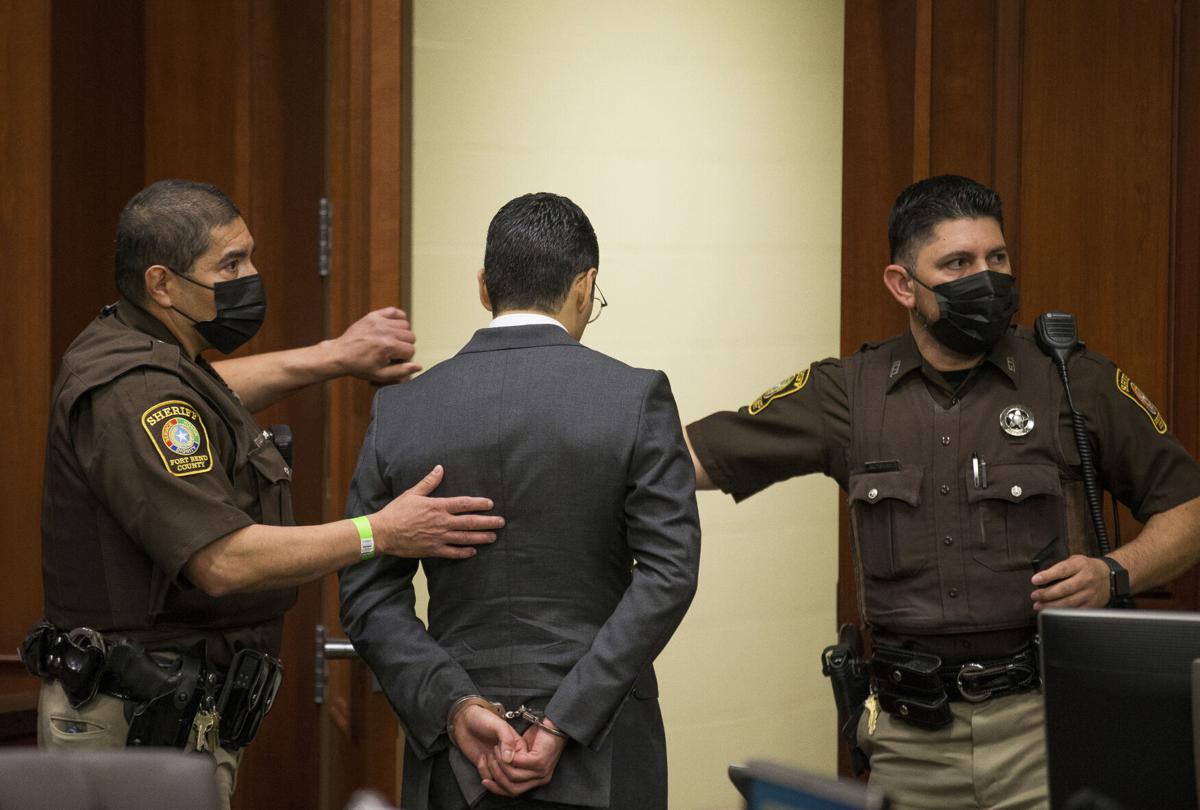 Victor Hugo Cuevas, a 26-year-old linked to a tiger that went missing but has now been found, is taken into custody after his bond in a separate murder charge was revoked and reset at $300,000 at Fort Bend County Justice Center on Friday, May 14, 2021, in Richmond, Texas.