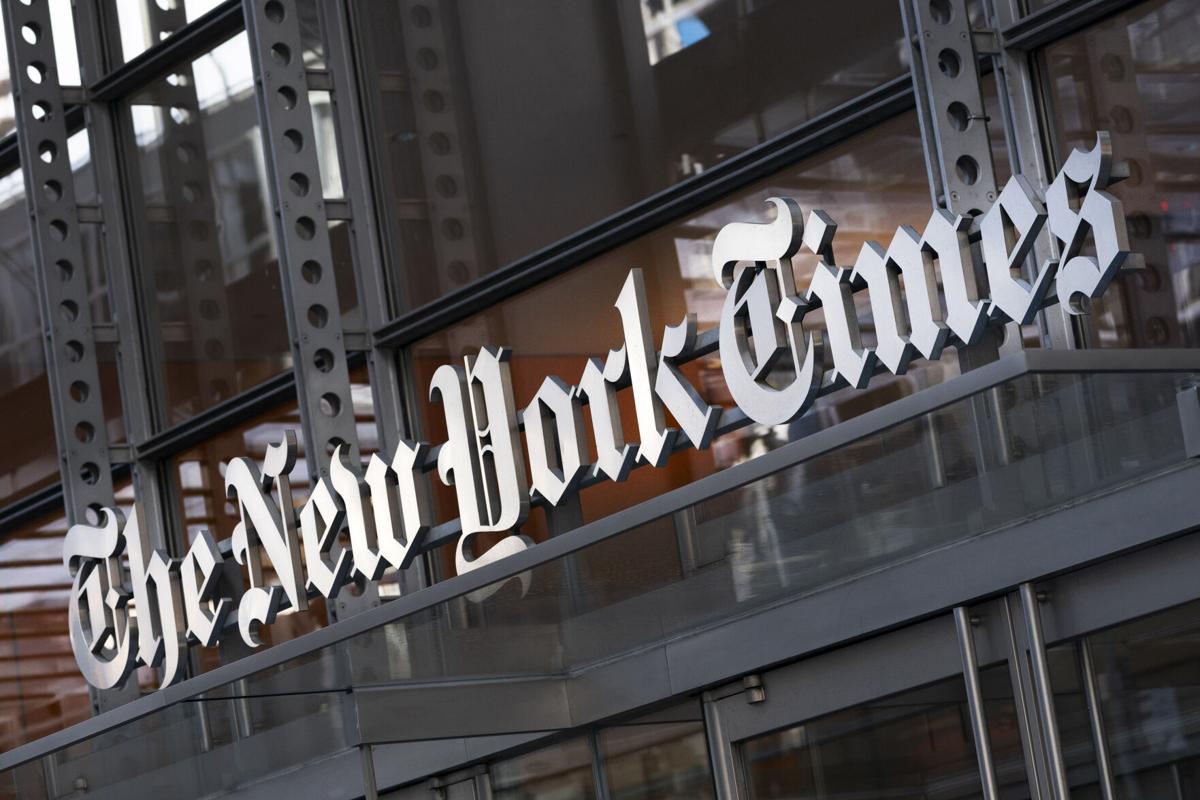 FILE - In this Thursday, May 6, 2021 file photo, a sign for The New York Times hangs above the entrance to its building, in New York. Numerous websites were unavailable on Tuesday June 8, 2021, after an apparent widespread outage at cloud service company Fastly. Dozens of high-traffic websites including the New York Times, CNN, Twitch and the U.K. government's home page, could not be reached. (AP Photo/Mark Lennihan, File) 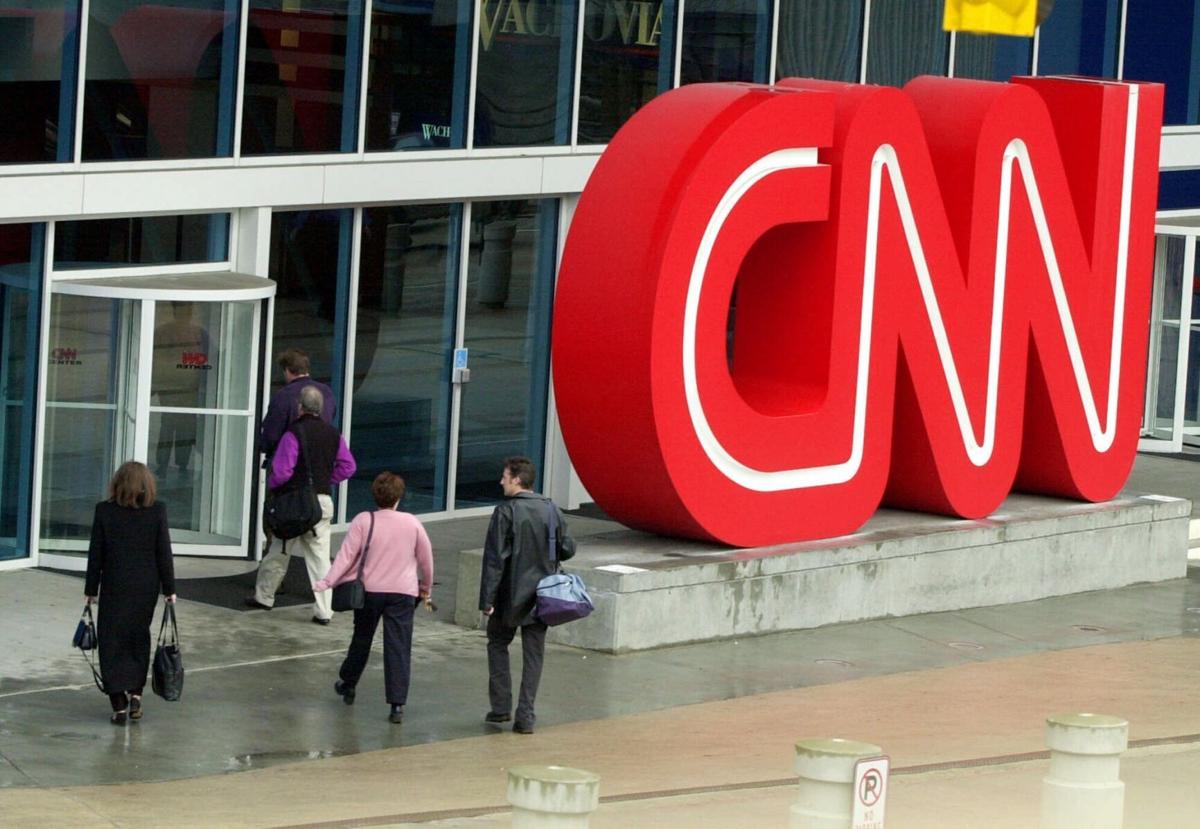 LONDON (AP) — Multiple websites went offline briefly across the globe Tuesday after an apparent outage at the cloud service company Fastly, and there were reports of sporadic disruptions after the company patched the problem about an hour later.

Dozens of sites including the New York Times, CNN, some Amazon sites, Twitch, Reddit, the Guardian, and the U.K. government's home page, could not be reached.

In Asia, cities like Hong Kong and Singapore were also affected, with users unable to access the CNN website. In China, where most foreign media websites are blocked, there was little discussion on the outage on social media platforms such as Weibo.

San Francisco-based Fastly acknowledged a problem just before 6 a.m. Eastern. It said in repeated updates on its website that it was "continuing to investigate the issue."

About an hour later, the company said: "The issue has been identified and a fix has been applied. Customers may experience increased origin load as global services return." A number of sites that were hit early appeared to be coming back online.

Internet traffic measurement by Kentik show that Fastly began to recover from the outage roughly an hour after it struck at mid-morning European time - and before most Americans were awake.

"Looks like it is slowly coming back," said Doug Madory, an internet infrastructure expert at Kentik. He said "it is serious because Fastly is one of the world's biggest CDNs and this was a global outage."

Fastly is a content-delivery network. It provides vital but behind-the-scenes cloud computing "edge servers" to many of the web's popular sites. These servers store, or "cache," content such as images and video in places around the world so they are closer to users, allowing them to fetch it more quickly and smoothly instead of having to access the site's original server. Fastly says its services mean that a European user going to an American website can get the content from 200 to 500 milliseconds faster.

The impact of Fastly's trouble highlights the relative fragility of the internet's current architecture given its heavy reliance on Big Tech companies - such as Amazon's AWS cloud services - as opposed to a more decentralized model.

"Even the biggest and most sophisticated companies experience outages. But they can also recover fairly quickly," said Madory.

When the outage hit, some visitors trying to access CNN.com got a message that said: "Fastly error: unknown domain: cnn.com." Attempts to access the Financial Times website turned up a similar message while visits to the New York Times and U.K. government's gov.uk site returned an "Error 503 Service Unavailable" message, along with the line "Varnish cache server," which is a technology that Fastly is built on.

Down Detector, which tracks internet outages, posted reports on dozens of sites going down and said "there may be a widespread outage at Fastly."

US identifies 3,900 children separated at border under Trump

SAN DIEGO (AP) — The Biden administration said Tuesday that it has identified more than 3,900 children separated from their parents at the U.S.-Mexico border under former President Donald Trump's “zero-tolerance” policy on illegal crossings, providing one of the more detailed accounts of a chapter in U.S. immigration history that drew widespread condemnation.

Harris tells Latin Americans the US can offer them hope

MEXICO CITY (AP) — Vice President Kamala Harris sought to assure poor and threatened populations of Latin America on Tuesday that the United States has "the capacity to give people a sense of hope” in the region so they can make better lives without fleeing to the U.S. border.

WASHINGTON (AP) — A Senate investigation of the Jan. 6 insurrection at the U.S. Capitol found a broad intelligence breakdown across multiple agencies, along with widespread law enforcement and military failures that led to the violent attack.

NEW YORK (AP) — Apple kicked off its second annual all-virtual developer conference with a keynote that outlined new updates to its software for iPhones and other devices. The presentation highlighted more privacy options for paid iCloud accounts and a “Find My” service that helps find errant AirPods, but included no major product announcements.

Fed lawyers: Trump not liable for 'crude' remarks at accuser

NEW YORK (AP) — Donald Trump cannot be held personally liable for “crude and disrespectful” remarks he made about a woman who accused him of rape because he made the comments while he was president, U.S. Justice Department lawyers told an appeals court late Monday.

US recovers most of ransom paid after Colonial Pipeline hack

WASHINGTON (AP) — The Justice Department has recovered most of a multimillion-dollar ransom payment made to hackers after a cyberattack that caused the operator of the nation's largest fuel pipeline to halt its operations last month, officials said Monday.

Man charged with murder of boy in road-rage shooting

SANTA ANA, Calif. (AP) — A man was charged Tuesday with murder in a Southern California road rage shooting that killed a 6-year-old boy on a freeway last month, stunning the region and attracting national attention.

Biden to launch task force on bottlenecks in supply chains

WASHINGTON (AP) — After completing a review of supply chains, the Biden administration announced Tuesday that it was forming a task force to address the bottlenecks in the semiconductor, construction, transportation and agriculture sectors.

RICHMOND, Va. (AP) — A 131-year-old statue of Confederate Gen. Robert E. Lee took center stage Tuesday as the Supreme Court of Virginia heard arguments on whether the state has the right to take down the once-celebrated monument that is now widely seen as a symbol of white supremacy and Black oppression.

TORONTO (AP) — A driver plowed a pickup truck into a family of five, killing four of them and seriously injuring the other in a deliberate attack that targeted the victims because they were Muslims, Canadian police said Monday.

Jim Fassel, whose bold guarantee of a playoff bid late in the 2000 season seemingly catapulted the New York Giants to a spot in the Super Bowl…

Frank Bajak in Boston contributed to this report.

FILE - In this Thursday, May 6, 2021 file photo, a sign for The New York Times hangs above the entrance to its building, in New York. Numerous websites were unavailable on Tuesday June 8, 2021, after an apparent widespread outage at cloud service company Fastly. Dozens of high-traffic websites including the New York Times, CNN, Twitch and the U.K. government's home page, could not be reached. (AP Photo/Mark Lennihan, File)