CHICAGO — After years of pushing a Las Vegas-style casino to boost tourism and much-needed revenue, Chicago’s leaders seemingly hit the jackpot when Illinois lawmakers approved one as part of a massive gambling expansion.

But obstacles remain before anyone can place any bets. The city must convince state lawmakers to vote on a plan that officials say makes the casino more profitable as well as choose a location, which already has sparked disputes.

Here’s a look at the issues ahead:

Chicago is on track to become the largest American city with a casino, and it’s likely to be gigantic. Lawmakers approved up to 4,000 gambling positions, slots or table seats. Though Chicago could use some positions for airport slots, a Chicago casino could rival those on the Las Vegas Strip. Caesars Palace and Aria have roughly 1,500 slots apiece.

The details — including location and design— are unknown. A required feasibility study in August evaluated five sites outside downtown, including a former U.S. Steel plant site, but recommended one closer to the city’s core.

First-year Gov. J.B. Pritzker signed the package into law during the summer as a critical funding source for a $45 billion capital plan. Chicago would use profits to pay down pension debt.

Revenue estimates vary. State experts agree the Chicago casino will easily outperform Illinois’ highest-grossing casino, Rivers Casinos in the suburb of Des Plaines, which generated $440 million last year with its 1,200 gambling positions. The feasibility study said one site at a former hospital could gross over $950 million by year five.

But there’s a big hitch.

The same feasibility study said the “onerous ” tax and fee structure in the gambling law — the highest nationwide — would make a Chicago casino “not financially feasible.” The effective tax rate could be up to 72%, including a 33% tax on gross casino receipts that Chicago would use for police and fire pensions. The one-third rate, which applies to Chicago and not the other casinos, was written into the plan after lawmakers rejected the idea of a city-owned casino.

The study concluded any casino operator’s revenue would “likely equate to a few pennies on the dollar.”

Legislators and city officials were negotiating fixes, but lawmakers adjourned their fall veto session without taking addressing the issue. State Rep. Bob Rita, a Blue Island Democrat who sponsored the expansion, introduced a city-backed plan to lower some taxes and fees, but said lawmakers ran out of time for a vote.

Lightfoot has favored a casino as a way to boost economically-depressed neighborhoods and to bring long-term financial stability. The City Council recently approved her proposed $11.65 billion budget, which relies on several one-time funding sources including $215 million from debt refinancing.

Not everyone is on board, particularly with the social cost.

Some Chicago neighborhoods also don’t want to profit off casino dollars. A Chicago alderwoman whose ward covers one proposed site in a historically black neighborhood slammed the idea as akin to “putting a casino in Harlem.”

The Illinois Gaming Association worries about oversaturation with the expansion. The new casinos will be in Chicago’s south suburbs, Waukegan, Danville, Rockford and southern Illinois.

There are also doubts about the feasibility study, conducted by a Las Vegas consultant.

Michael Wenz, a Northeastern Illinois University economics professor, said he’s not convinced a Chicago casino wouldn’t be profitable even with the current tax structure and bidding developers should be able write proposals without impediment.

Illinois isn’t the only state trying to win big.

Indiana Gov. Eric Holcomb signed a plan this year that will, among other things, allow two Gary casino boats on Lake Michigan to move to land sites and help open another casino in Terre Haute. He said Gary — 30 miles from Chicago — would "absolutely" compete with Illinois casinos.

"It will be on a perfect thoroughfare, and I predict that we'll exceed expectations as they are right now," Holcomb said over the summer.

Rockford officials have also kept a close eye on the Wisconsin border with plans underway for a $405 million casino in Beloit.

Even without the legislative delays, a ribbon cutting will take a while.

The Illinois Gaming Board has a year to review applications and conduct background checks before issuing licenses. In Chicago, there’ll have to be local location approval and public hearings. Then construction can begin.

“Gaming is a very complicated issue and it always has been,” Rita said. “Everybody wants to get it up and running right away and make sure they do it right.”

Democratic Gov. J.B. Pritzker is planning to spend $40,000 of his own money to renovate his State Capitol office next month.

Just eight days after a nonprofit organization founded by conservative commentator Glenn Beck requested it be lent a priceless, handwritten copy of the Gettysburg Address to display at a “pop-up” museum in Dallas, Texas, the staff at the Abraham Lincoln Presidential Library and Museum had the document packed and ready to move.

Still have Thanksgiving leftovers? Here's when you should throw them out

The USDA offers the following tips for Thankgsiving leftovers. Hint: Time is almost up. 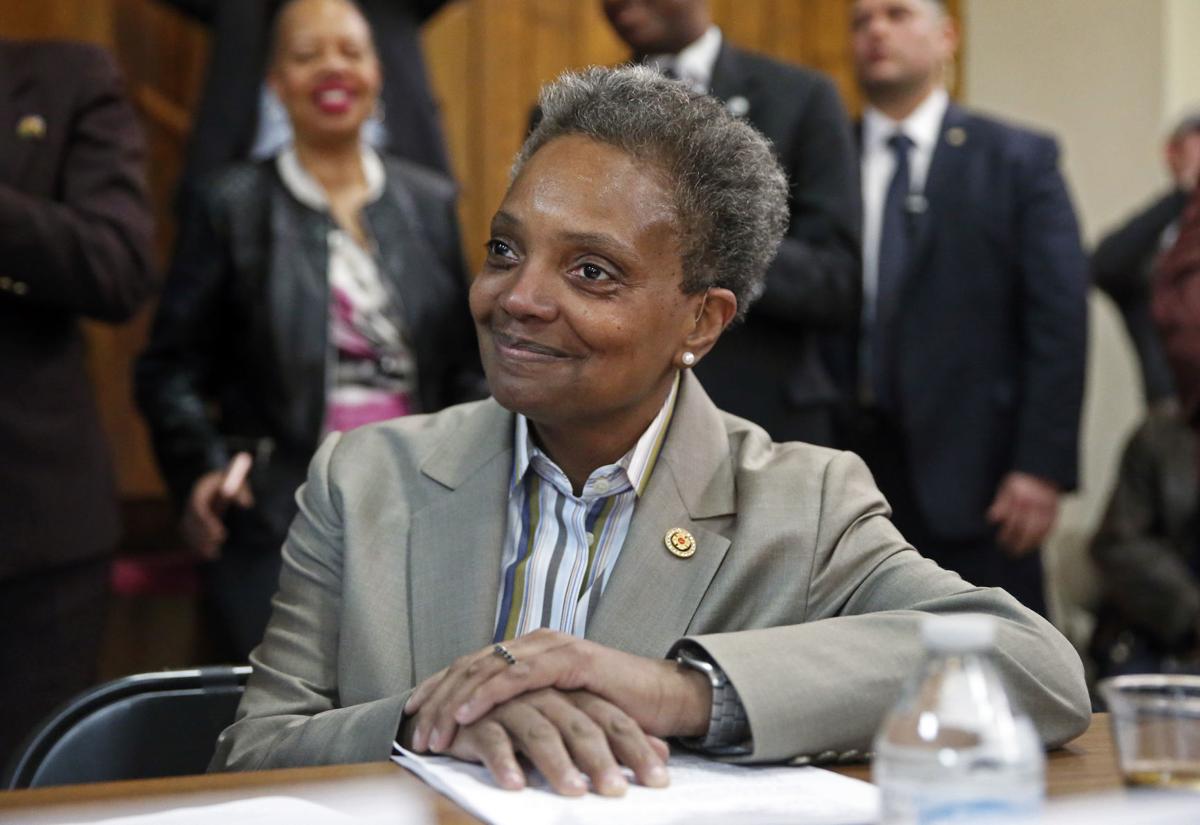 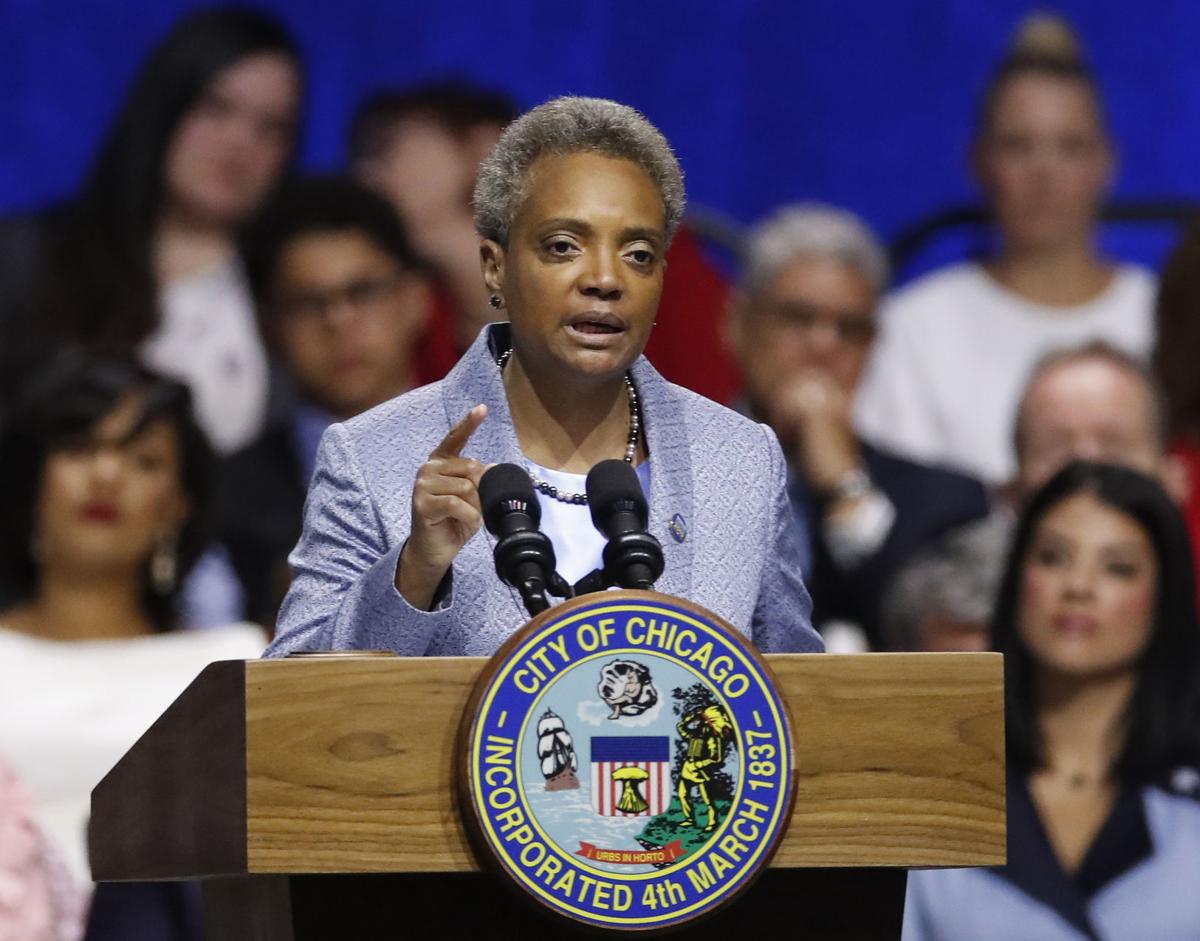 Mayor of Chicago Lori Lightfoot speaks during her inauguration ceremony Monday, May 20, 2019, in Chicago.