CLINTON — For many drivers traveling this holiday weekend, the thought of breaking down on the roadway is something they don't want to think about, even if they know their car or truck is in tip-top shape.

For about 150 motorists who will start a 520-mile adventure near Clinton Saturday morning, the chances of having car trouble are much higher — but many of them are looking forward to the challenge.

“You are going to see some things you probably haven’t seen before,” said Logan Schmid, auctioneer with Clinton Auto Auction and organizer of the Central Illinois Memorial Day Weekend Gambler 500. The on-road, off-road scavenger hunt will require participants, known as "gamblers," to drive about 520 miles — in cars valued at $500 or less.

“The crappier these cars are, the better,” said Schmid.

Jeremy Drowns from Rock Falls is among those who have spent months preparing for the event. Along with crew chief Sean Cain of East Peoria, Drowns will be driving a 1987 Nissan Pulsar renamed the Don’t-lorean in tribute to the Back to the Future car driven by Michael J. Fox’s character, Marty McFly.

“We painted it silver and added a ‘time machine’ with items sourced from home improvement stores,” said Drowns. “Some odds and ends have been donated like the old bed frame we used to shore up the strut towers and triple-thick corrugated cardboard to build the oversized-time machine vent boxes. We even have a cheap Mr. Coffee machine to act as our Mr. Fusion.”

Participants are encouraged to spend no more than $500 on their vehicles, although that stipulation is difficult to enforce, Schmid acknowledged. Vehicles can be modified with no cap, but since public roads are used, they should still be in compliance with state laws, be licensed and be insured.

“Redneck engineering is the best way to describe it,” he said.

“Basically, when you have little money in a vehicle, how can a fellow group of gearheads not have fun?” asked Shane Unzicker from Monticello, who also plans to enter the event. “We are a special kind of crazy.”

Along the way, the participants are required to find specific items or take pictures at certain locations. Points are awarded for each find. The winner receives a trophy at the end of the two-day competition.

"We love this sport," Drowns said. "It is a great grassroots way to get into a motor sport without spending a small fortune or needing any talent."

Cars normally carry a driver and navigator with the objective being to hit the designated GPS navigational waypoints.

“You don’t have to have a (passenger) navigator, but it’s certainly a lot more fun if you do,” Schmid said. “This isn’t a race and we aren’t seeing who can do it the fastest. We are determining a winner by how many of the items they find. So, a good navigator can be important.”

There is no registration fee and the organizers have partnered with two off-road parks — the Hillbillie Ranch in Jerseyville ($15 admission) and South Fork Dirt Riders in Taylorville ($20) for overnight stays.

The event is open to anyone who has a car valued at less than $500, Schmid said.

“The cool thing is when someone has a breakdown, everyone wants to chip in and try to help the driver,” Schmid said. “It’s a really strong community. We participated with about 200 people last year and I didn’t know anyone at the start. By the end, I had made a lot of good friends and still keep in touch with many of them.”

A former Joliet high school teacher who had sex with a female student at a Naperville hotel has been sentenced to four years in prison, according to the DuPage County State's Attorney's Office.

Parts of Illinois could soon move to Tier 2 COVID restrictions. What does that mean?

For residents yearning for a relaxation of rules that have limited outings, sports and dining, will Tier 2 be all that we want? No. Here are some highlights:

Gov. J.B. Pritzker on Monday said state officials are closely monitoring safety around the Statehouse in Springfield after the FBI issued bulletins warning of plans for armed protests at 50 state capitals and in Washington ahead of Joe Biden's inauguration.

A 71-year-old suspect was located in Morgan County and was in custody in Jacksonville.

Illinois Facebook users who filed a claim can expect to receive their checks within a few months, pending final approval and barring any appeals.

PLAINFIELD, Ill. (AP) — A northern Illinois township supervisor is accused in U.S. District Court of stealing more than a million dollars over…

Some Illinois counties entering next phase of vaccine distribution

Some regions of the state could see loosened COVID-19 restrictions as early as Friday as some counties have already transitioned to the next phase of vaccine distribution, Gov. J.B. Pritzker announced Monday.

"Under Illinois law if a person commits a felony offense and during the commission of that offense someone dies, the person is responsible for that death," Galesburg Police Chief Russ Idle said via email Thursday.

House Speaker Michael Madigan suspends speaker campaign: ‘This is not a withdrawal’

"The House Democratic Caucus can work to find someone, other than me, to get 60 votes for Speaker," Michael Madigan said Monday. 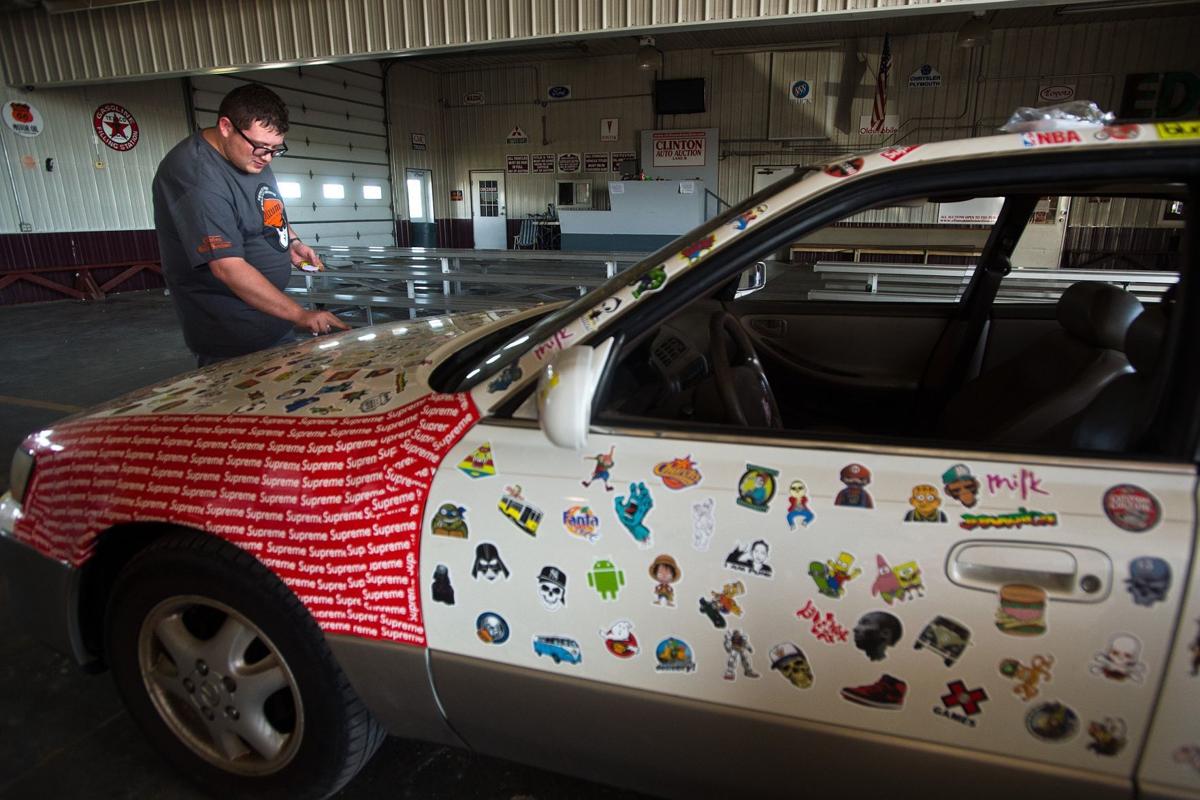 Logan Schmid, of Clinton, organizer of the Central Illinois Memorial Day Weekend Gambler 500, places stickers on the hood of a vehicle Wednesday, May 23, 2018 at Clinton Auto Auction. 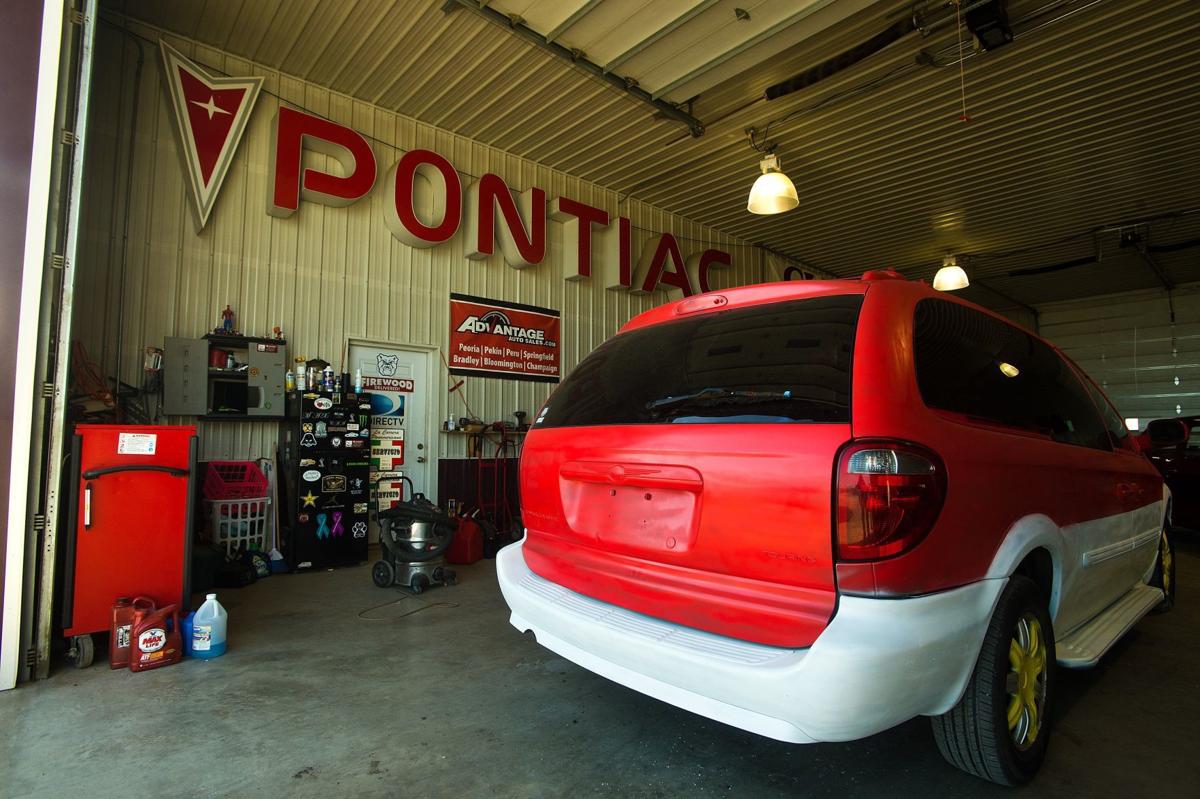 A Chrysler Town and Country Touring minivan customized to look like a go-kart from the video game "Mario Kart" is one of many entries in the Central Illinois Memorial Day Weekend Gambler 500 that begins Saturday in Clinton. 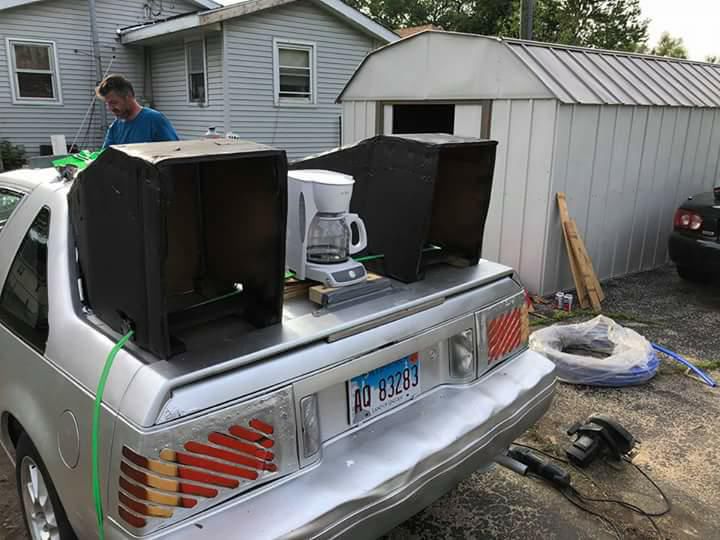 The back end of Jeremy Drowns' 1987 Nissan Pulsar features a Mr. Coffee machine which is as close as he can get to a Mr. Fusion plutonium charger, much like Marty McFly's vehicle in the "Back to the Future" movies. Drowns will be participating in Saturday's Central Illinois Memorial Day Weekend Gambler 500 event which starts in Clinton. 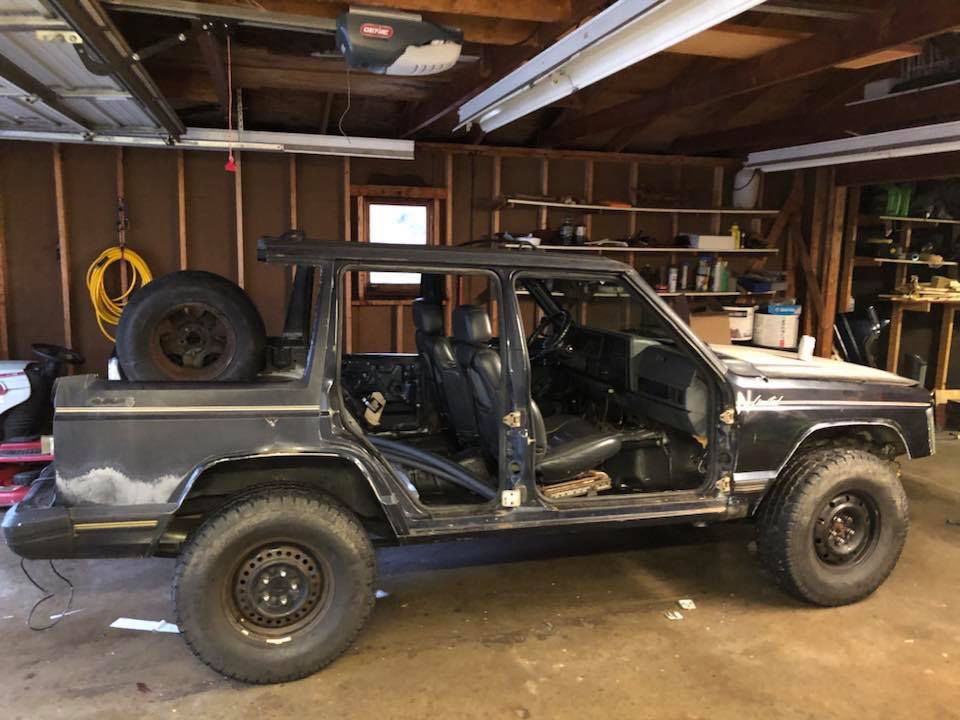 Brandon Yaklich, a member of the Kewanee Gambler 500 Rally Team, will enter this vehicle in Saturday's Central Illinois Gambler 500 competition that begins in Clinton. 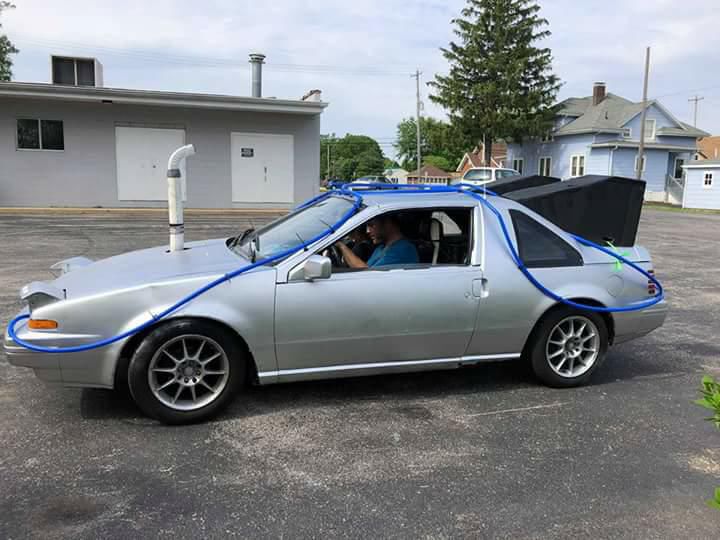 Jeremy Drowns of Rock Falls is preparing the Don't-lorean, a 1987 Nissan Pulsar, for Saturday's Weekend Gambler 500 competition, starting in Clinton. The 520-mile event is a scavenger hunt for owners of cars valued at $500 or less.