DECATUR — The Decatur Police Department in 2019 implemented new technology, developed a new civilian position and prepared for issues with the upcoming legalization of marijuana. Most significantly, the agency dealt with an increase in the number of homicides, several of which remain under investigation.

"I think it’s been a challenging year for sure, with the murders and homicides up," Police Chief Jim Getz said in a recent interview. "That’s the thing we take most seriously."

The coming year will see the continuation of many of the issues faced in 2019, as police work to solve those crimes and prevent others; add new community liaison officers, a position designed to alleviate budget stress caused by public safety pensions; continue with the implementation of body cameras; and respond to what Getz and others have predicted will be an increase in impaired drivers when marijuana use becomes legal Jan. 1.

As of Dec. 26, there were 16 homicides in 2019, six more than the year prior. Eleven of these deaths were classified as murders.

The Herald & Review's No. 1 story of 2019: Legalization of recreational cannabis

He said the deaths of Brittany Shelton, 23, and Mary Hinton, 87, are classified as homicides and are still being investigated by the Fatal Accident Investigation Team at the department.

Shelton was walking at 2:30 a.m. Feb. 16 when she was struck and killed by a pickup truck driven by her boyfriend, Sidney J. Flinn. He has pleaded not guilty to charges of aggravated DUI and reckless homicide.

Hinton died in a fire that started after a car crashed into her home Nov. 22. The driver, 17-year-old Micaiah Gene Barton, is being tried as an adult and has pleaded not guilty to charges of aggravated DUI.

The murders of Suave Turner, Darrell Boey, Christopher Stone, Corey Laster and Tommy King are classified as unsolved as of Dec. 26, and the cases are under investigation.

Turner, 28, died from a gunshot wound to the chest May 30. He was dropped off at the hospital in a private vehicle.

Boey, 36, bled to death from a single stab wound to the groin. His body was found on the front porch of a house in the 1900 block of North Church Street, where he had been staying.

Police found Laster, 33, lying in the 900 block of North Morgan Street with a gunshot wound to the back Sept. 22.

In several of those cases, Getz said, police believe they know who is responsible, but need the cooperation of family, friends or witnesses to make an arrest.

“It’s frustrating not getting the information or support, or the sharing of information by these groups of people that are targeting each other,” he said.

People know what’s going on, he said, and there are people around the violence who want it to end.

Eight officers wore body cameras as part of a pilot program from mid-March to the end of August. The Decatur City Council voted in December to spend $309,220 to purchase body cameras and related equipment, like in-car camera systems and software. Officials have said that they budgeted nearly half a million dollars for the system, which includes the cost of storage space.

Getz has said the new technology brings a benefit for both residents and police. "They bring more transparency, because everything will be on video," he said in November.

Law enforcement agencies implementing body cameras in Illinois must follow state law guidelines. Officers must have the cameras on at all times when on duty, responding to a call for service or engaged in any law-enforcement related encounter or activity.

Getting the equipment, distributing it to the officers and "working through the kinks" is another challenge facing the department next year, Getz said.

Council members in the summer began planning to introduce the community liaison officer civilian position in January, a response to budget pressures and increased pension costs.

The officers would not carry a firearm but would complete clerical duties, Getz has said.

The non-sworn position prompted backlash from the union that represents Decatur officers, the Police Benevolent and Protective Association Unit 39. The union filed an unfair labor practice charge Oct. 4 with the Illinois Labor Relations Board, alleging that the city violated the law by not bargaining with the union before creating the position. Shane Voyles, the attorney who represents the union, did not respond to a message seeking an update on the charge filed in October.

Getz said the move was meant to help the department as its budget would not support the same number officers it has had in the past.

"If I’m going to lose police officers," he told the Herald & Review in October, "it sure would be nice to help supplement some of that work that’s still out there that doesn’t require a sworn officer."

He said recently that the department has been working on outlining duties and positioning the new civilian employees.

Decatur joins law enforcement agencies across the state that have been preparing for the legalization of marijuana in January. Getz said the department is still working on cannabis training and educating officers on aspects of the law.

Despite objections from some residents, the city council voted 6-1 to approve a $500,000 donation from the private foundation of former Macon County Sheriff Howard Buffett for a police officer focused on detecting impaired drivers and enforcing DUI laws.

Police are already trained to spot drivers who are drunk or high, but many are receiving additional training. Enforcing the new law could be complicated because cannabis can take many forms, such as edibles, which can look and smell like regular food. While a breathalyzer test can detect whether a driver has been drinking, Decatur police will use blood tests, in combination with field sobriety tests, to determine if someone is driving while impaired by cannabis. Police already use blood tests to find drugs in a driver’s system. A driver must consent to a blood test, unless police obtain a warrant.

Illinois State troopers will continue to use saliva tests. Larry Brooks, a Decatur master patrol officer who is trained in forensic phlebotomy, said blood tests are the "most honest and accurate" available tool. He said arrests are based on a totality of circumstances, not one particular test.

“(Cannabis) has been around forever and (now) it’s legal under certain circumstances,” Getz said. “Legislation has said they want it to be legal. We will honor that and only enforce the statute.”

“If there are more arrests, it’s going to be because of two things: There’s going to be more people doing it because of easier access to cannabis, and the other portion of that is training. It gets better and better all the time. Identifying people smoking and all other areas (of training)," he said.

Unlawful use of motor vehicle

The police union and city are also amidst another battle revolving around a city ordinance, which the union says requires officers to seize vehicles unconstitutionally. But an agreement may be on the horizon.

The issue, originating in 2016, concerns an ordinance that authorizes officers to impound vehicles when they’re used in the commission of certain crimes, including driving under the influence, having drugs or drug paraphernalia, soliciting a prostitute and driving with music too loud on multiple occasions.

The union argues the rule violates the U.S. Constitution in part because vehicles are seized as punishment before the person is found guilty. The city says the ordinance is lawful and similar practices are carried out in other communities.

Decatur police union and city officials said in court in mid-December they are working to settle the dispute. Amy Waks, the city’s assistant corporation counsel, and union attorney Shane Voyles met for a status hearing at Macon County Courthouse and asked Judge R.C. Bollinger for a 60-day postponement. The next hearing is in Feb. 13. 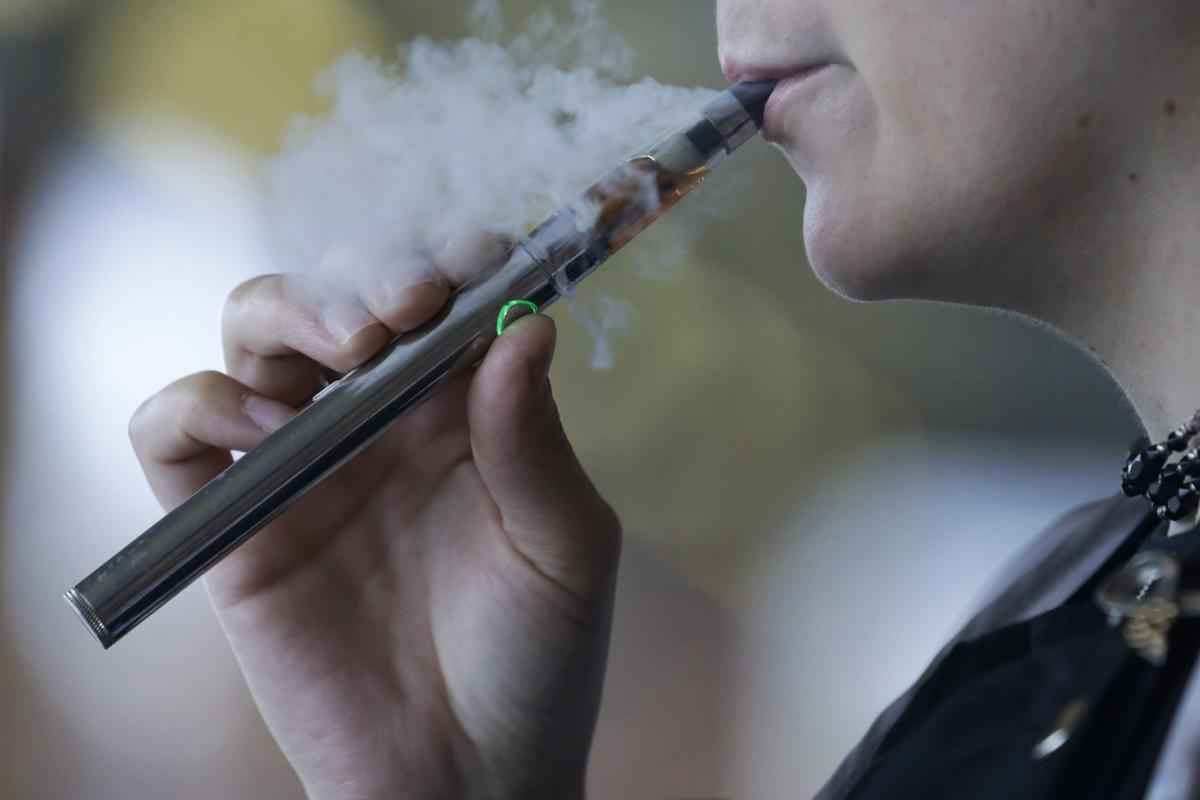 The Herald & Review's No. 9 story of 2019: Big changes at Decatur hospitals 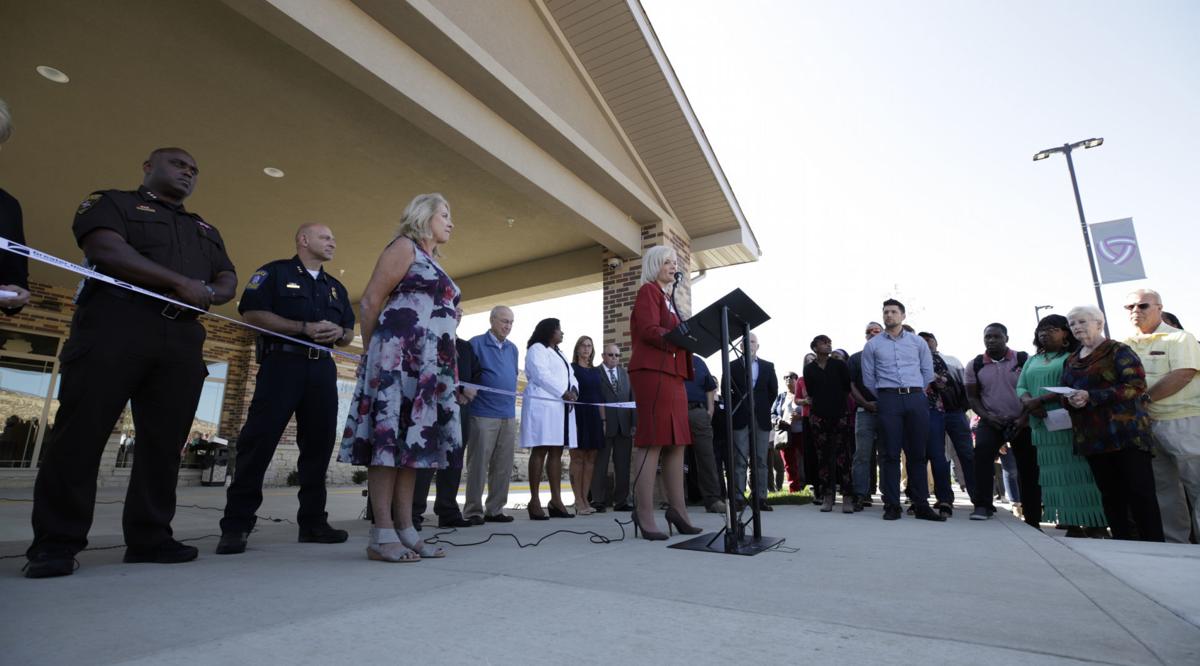 The Herald & Review's No. 8 story of 2019: Opening of the Community Care Campus and Northeast Community Fund 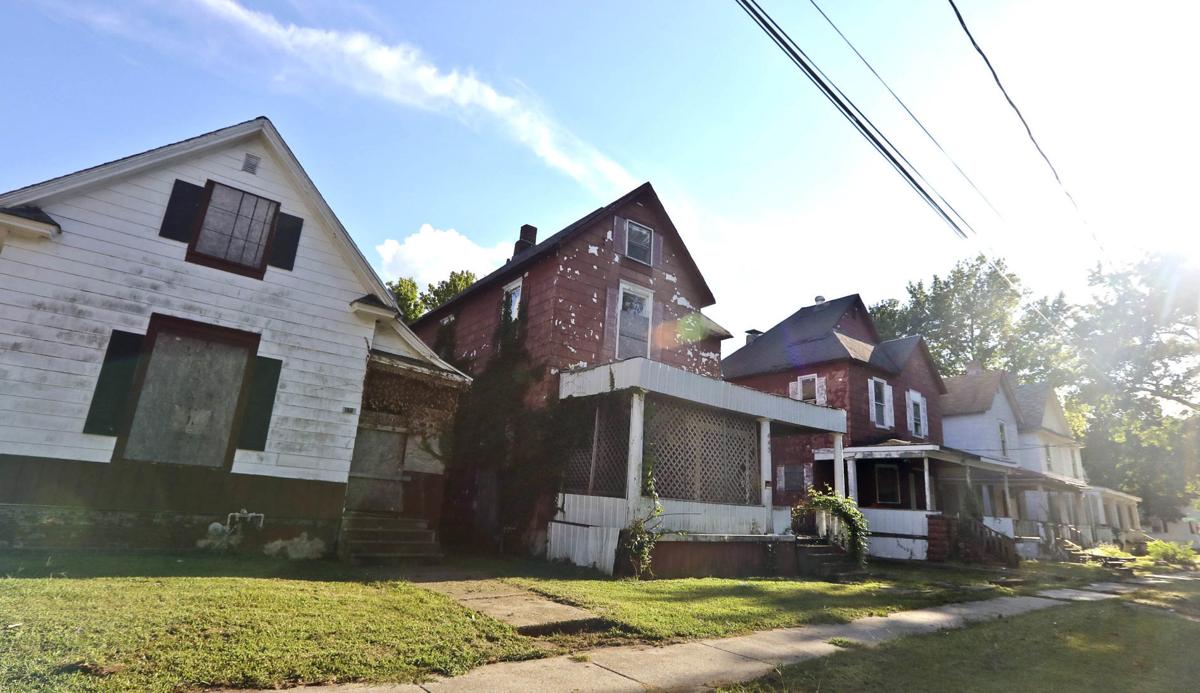 The Herald & Review's No. 7 story of 2019: Neighborhood revitalization 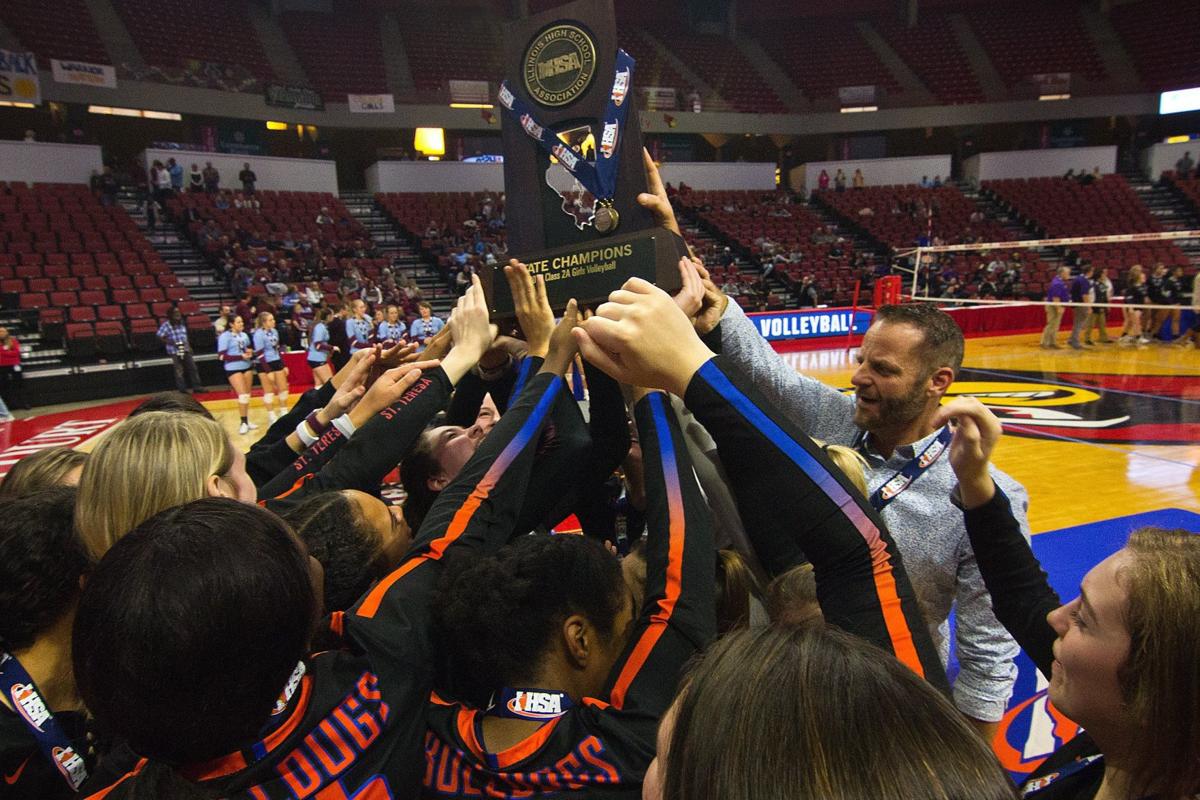 The Herald & Review's No. 6 story of 2019: St. Teresa wins Class 2A state volleyball championship, a first for a Macon County school 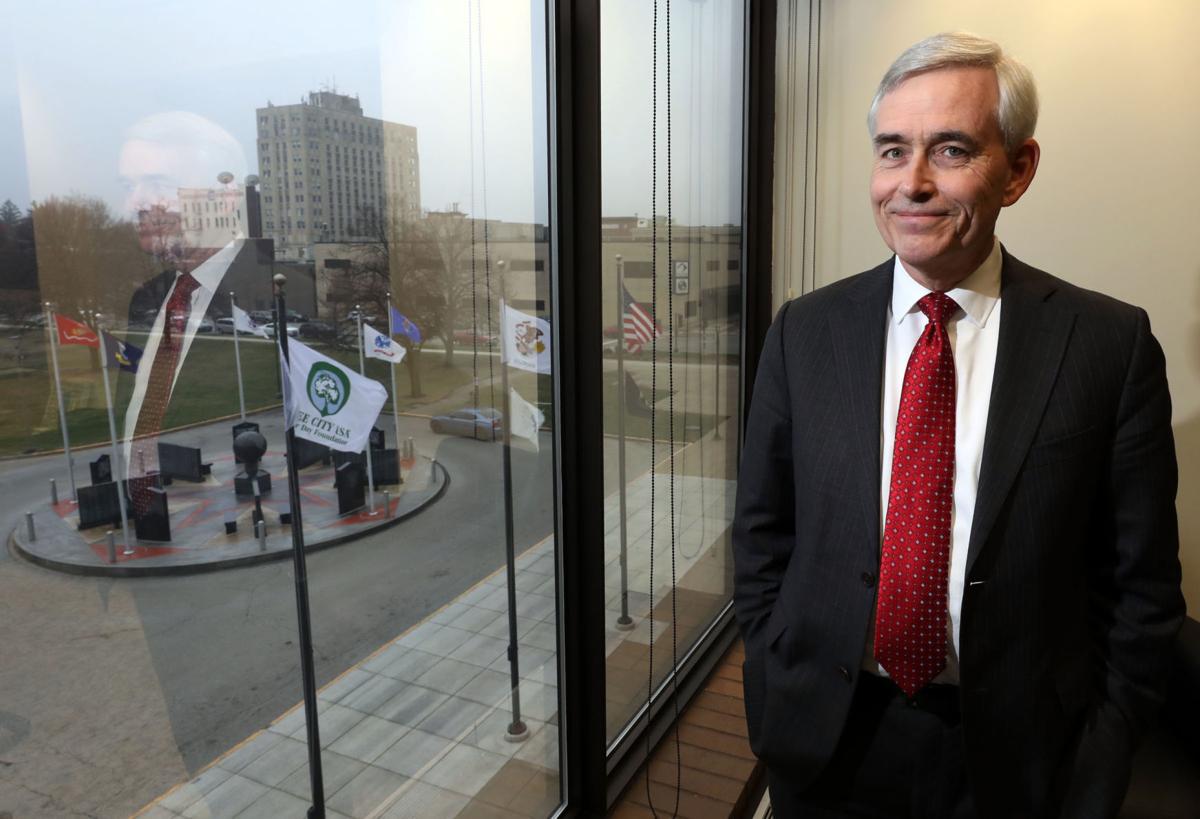 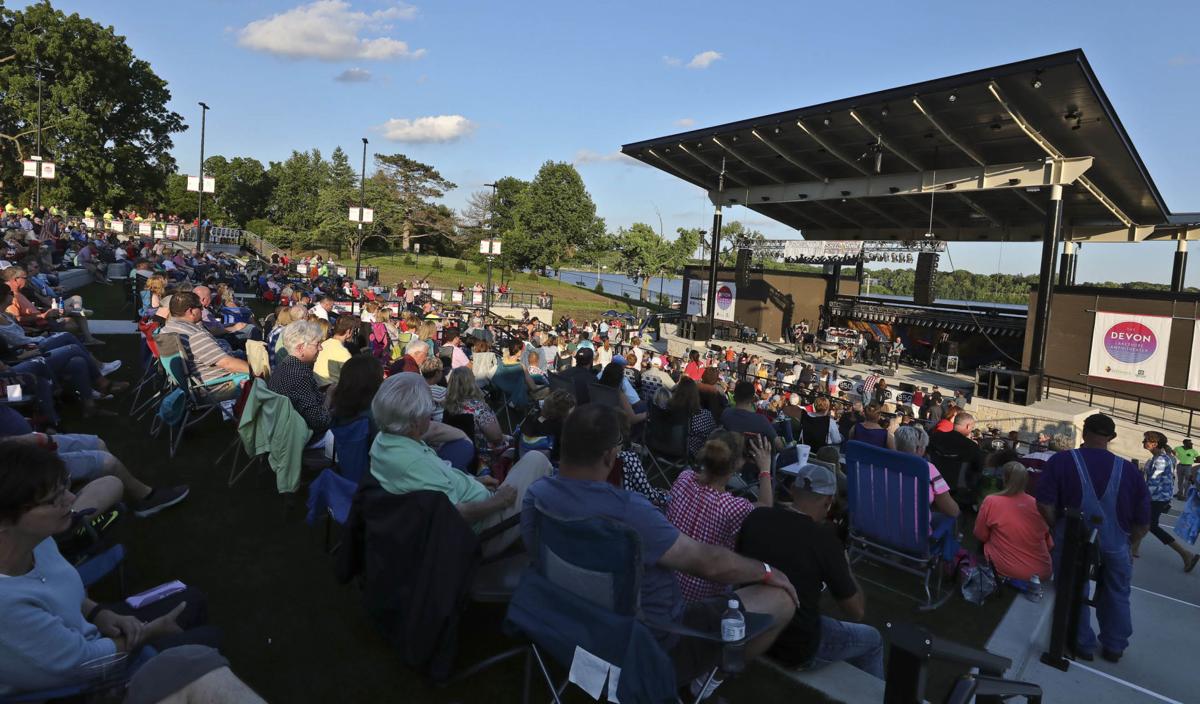 The Herald & Review's No. 4 story of 2019: Nelson Park developments 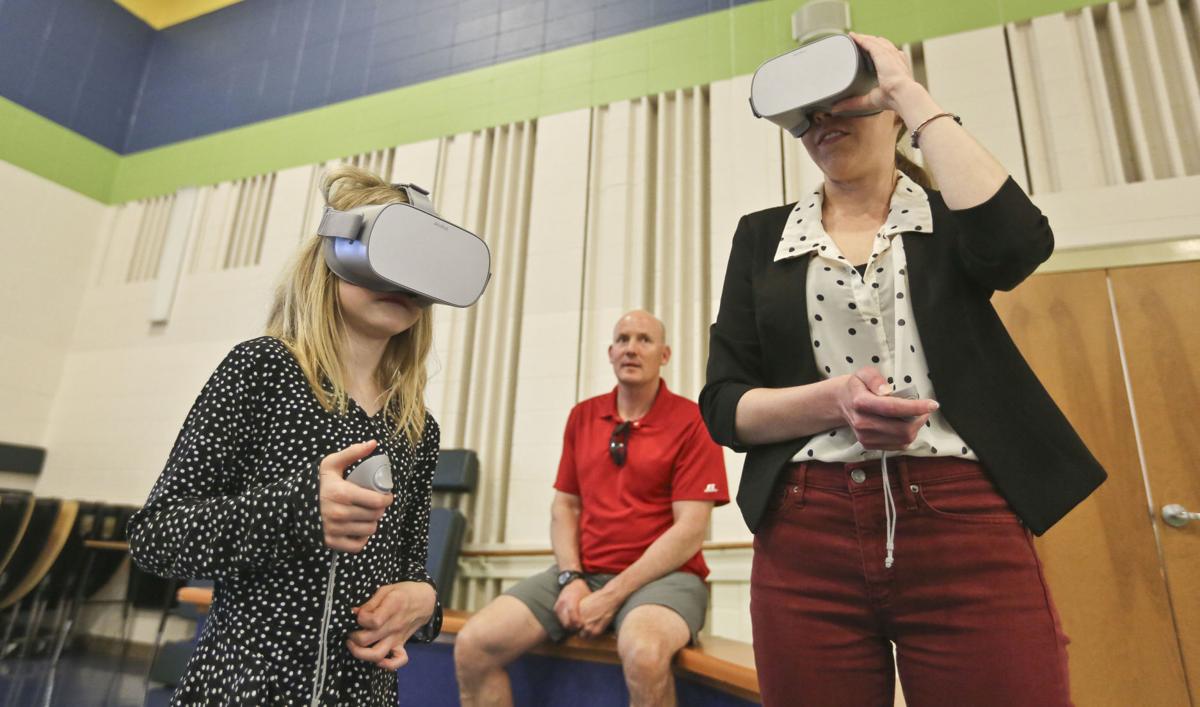 The Herald & Review's No. 2 story of 2019: Decatur Public Schools move ahead with changes

The Herald & Review is counting down the top 10 stories of 2019. No. 2 is the activity at Decatur Public Schools, including facility changes and negotiations between the district and teaching assistants.

Agree or disagree with our Newsmaker of the Year picked by Herald & Review editors? Join the conversation at herald-review.com/letters.

Howard Buffett is the Herald & Review's Newsmaker of 2017

From Springfield to Champaign, how the first morning of recreational cannabis sales went in Central Illinois

Hundreds of people waited in line early Wednesday morning to buy recreational cannabis at dispensaries in Springfield and Champaign. Here's what some customers had to say about their purchases >>>

Decatur police: No cannabis DUI arrests on first day of legal recreational use

No arrests for driving under the influence of cannabis were made in Decatur or Macon County on Wednesday, the first day adult recreational use was legal in Illinois.

A 48-year-old man told police a man was shooting at him through the window of his Decatur hotel room, so he returned gunfire, police say, but the wall he referred to had no window.

City leaders are hoping new management will spur revitalization of the Transfer House, the official symbol of Decatur that has sat empty in Central Park for more than a decade. 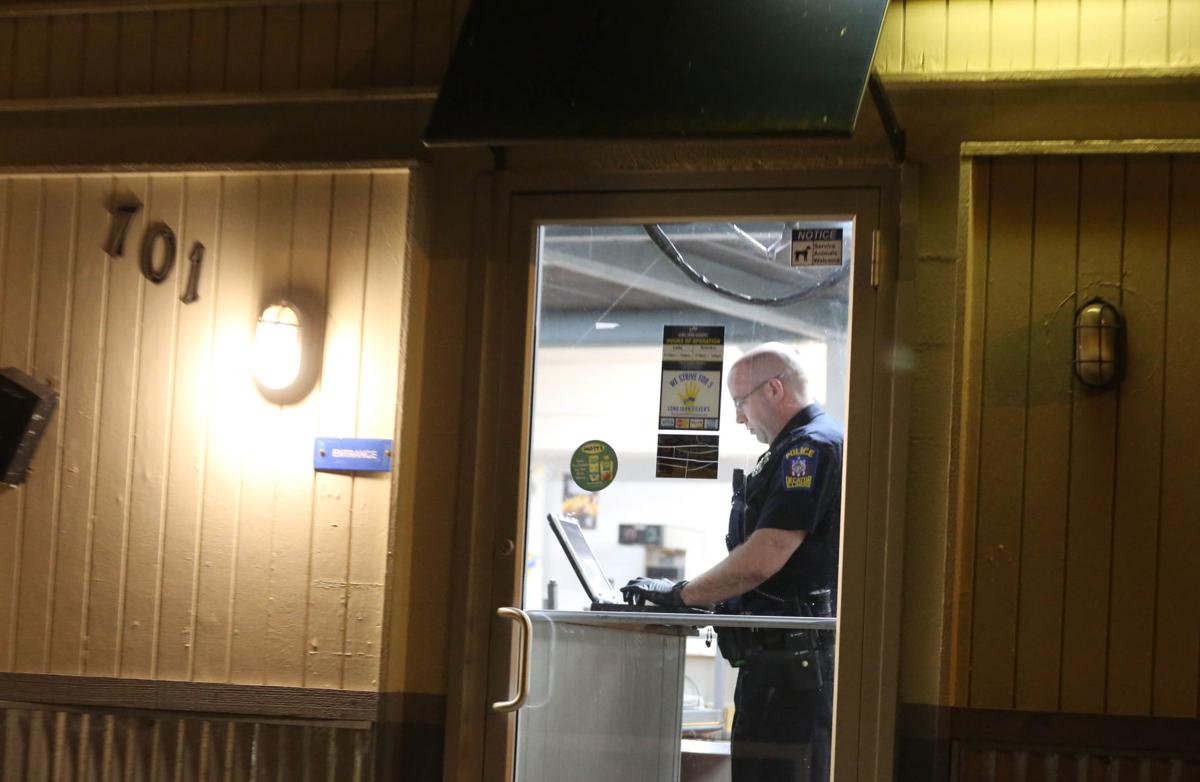 Decatur police investigate the scene of a fatal shooting at Long John Silver's, 701 W. Eldorado St., on the night of Jan. 4. The agency is the Herald & Review's Newsmaker of the Year. 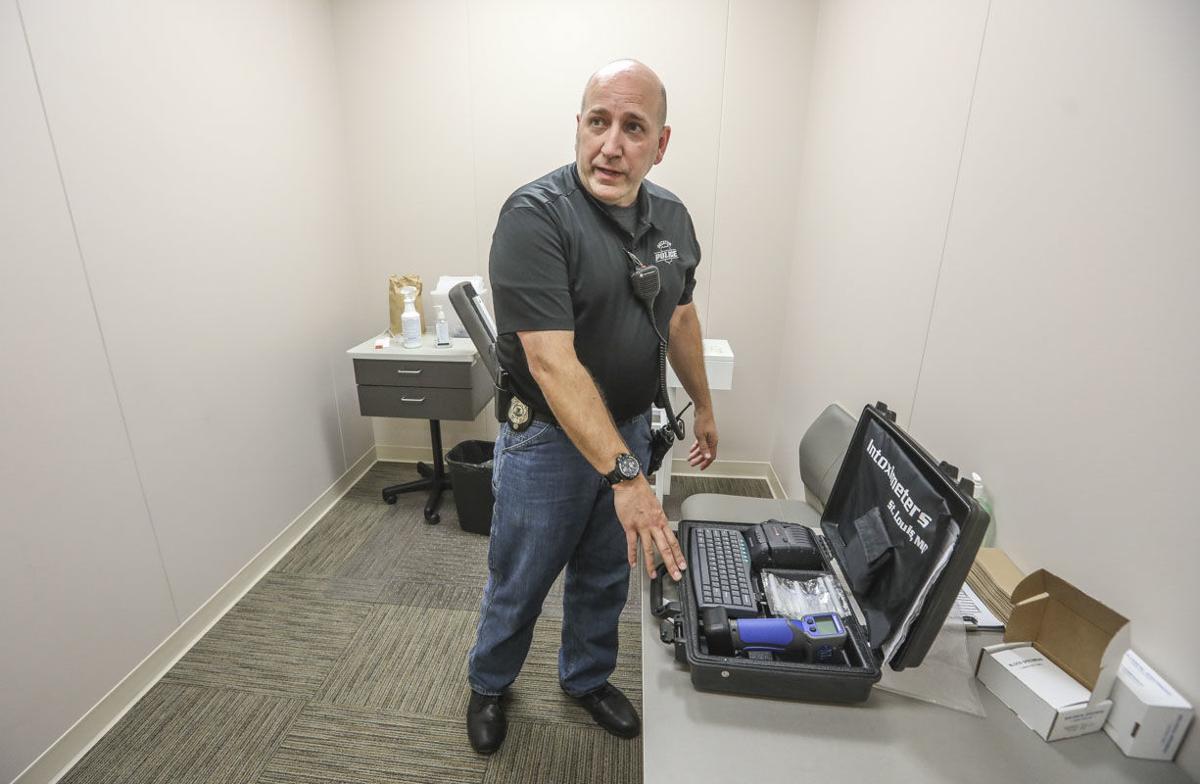 Larry Brooks, master patrol officers and forensic phlebotomist with the Decatur Police Department, shows the room at the department where he can draw blood for testing purposes. 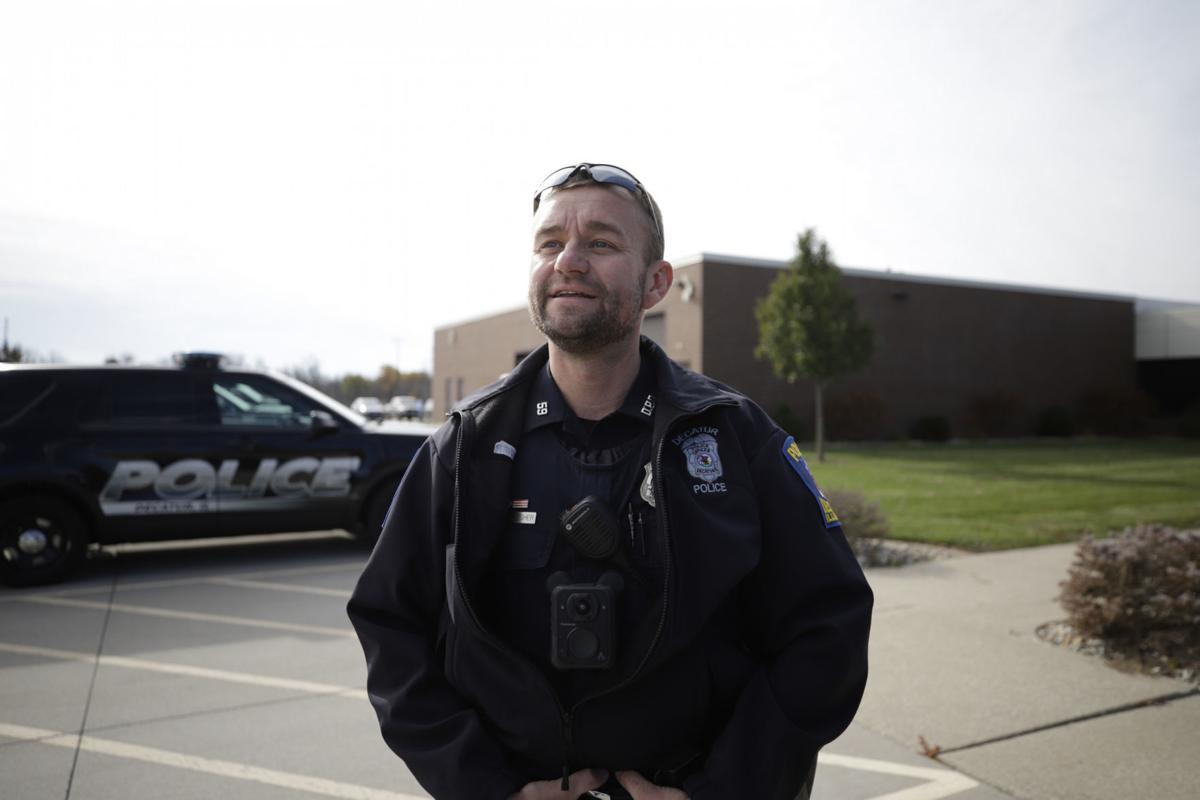 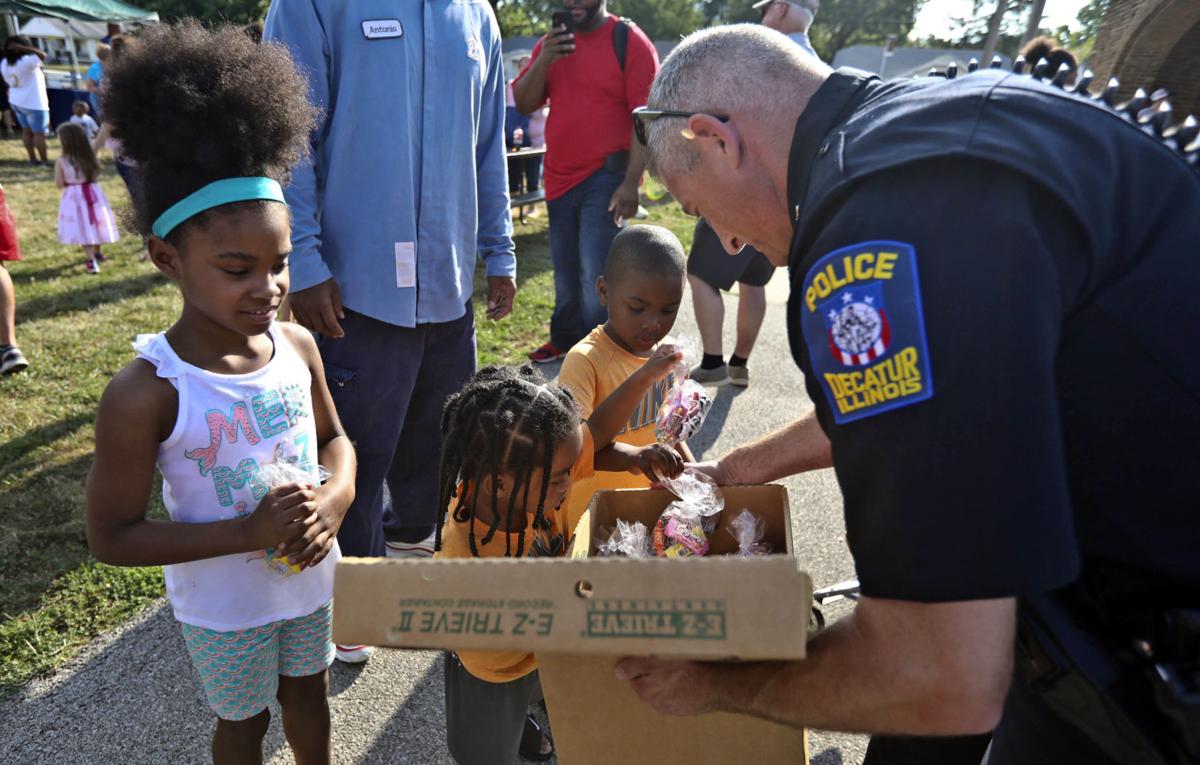 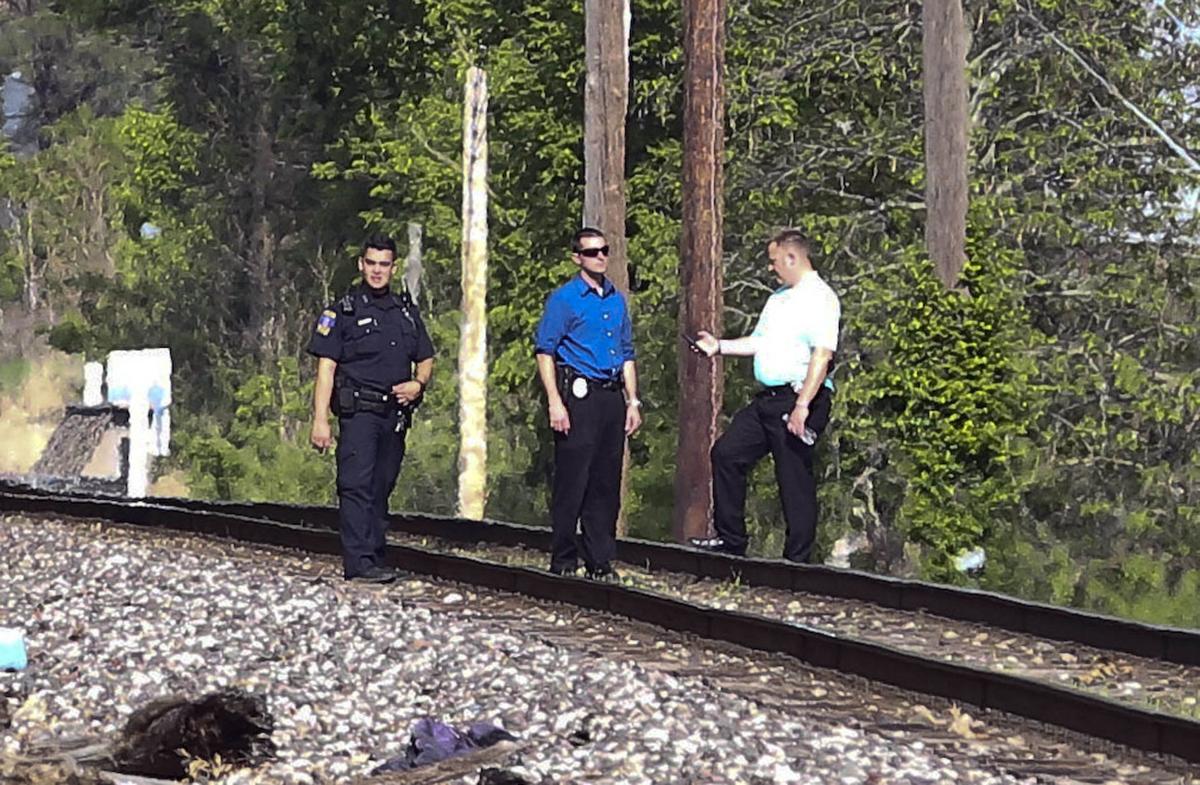 In this May 2019 file photo, Decatur police search railroad tracks near the 700 block of North Oakland Avenue.